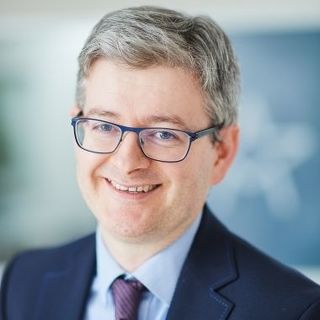 Eoin Drea is a specialist in economic and social policy.  He is a regular media contributor and his opinion pieces have appeared in The Guardian, Politico, Euronews and The Irish Times among others.  He is currently focusing on issues relating to Ireland, UK-EU relations, the Euro and the social-economic realities facing working- and middle-class families. Eoin holds a PhD in economic history from University College Cork, Ireland on the development of the Anglo-Irish banking system.

Prior to undertaking his PhD, Eoin gained over six years’ experience as a private sector economist. He interned under Professor Lars Jonung in the Economic Research Unit of the Directorate General for Economic and Financial Affairs (DG ECFIN) in the European Commission in Brussels. He is a Research Fellow at the School of Business, Trinity College Dublin. Eoin’s academic focus is inter-war (1918-39) economic and banking history.

Changes and Challenges for the EU in the Post-Brexit Scenario