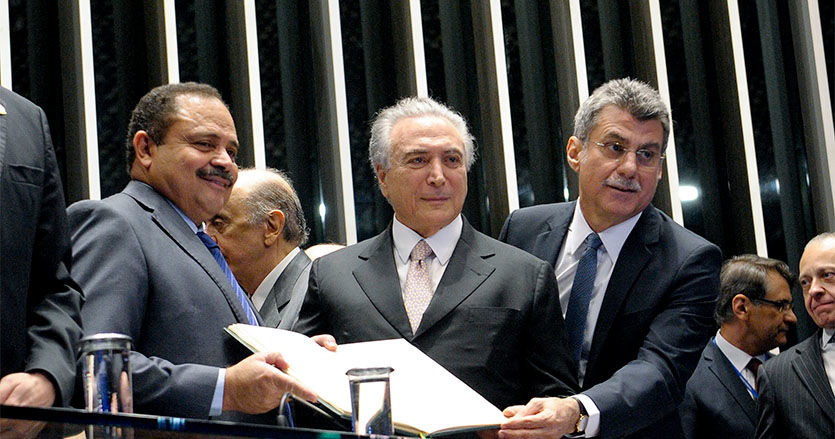 After having been voted for the second time by the Brazilian Senate, the amendment known as PEC 55 or PEC 241 (where the letters “PEC” stand for Proposta de Emenda Constitucional, i.e. Proposed Constitutional Amendment) was announced and entered into force on December 15, 2016, among high hopes that it would create a new economic order in the South American country.

The proposal was submitted by the cabinet of Michel Temer, who became an Acting President after the impeachment of the former president, Dilma Rousseff in May, and succeeded as President of Brazil following the impeachment conviction in August. The implementation of the new amendment is an important milestone in the realization of Temer’s promises, since the President has oftentimes affirmed that one of his major goals is to rebalance the budget and restore investors’ confidence in the country, which, in his opinion, necessitates provisions aimed at freezing government spending to be included in the Constitution.

The new legislation was adopted against a backdrop of the mightiest economy in all of South America suffering a recession since 2014 and being unable to slash government spending. These two factors together had led to a skyrocketing deficit combined with a record-high sovereign debt. Seeing the plummeting key indicators of the country’s economy, credit rating agencies decided to lower Brazil’s credit rating, provoking a major drop in its creditworthiness. 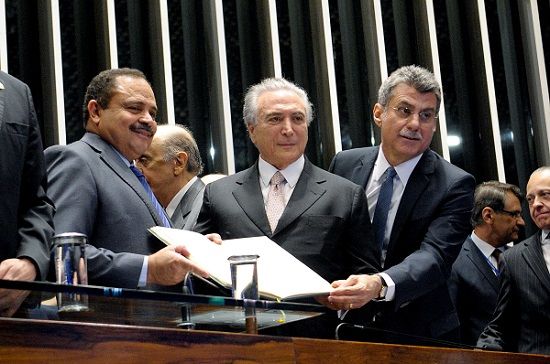 The amendment aims to tackle these challenges by freezing the spending of the legislative, executive, and judicial branches of the government so that, for the next 20 years, their expenditures would not exceed the inflation-adjusted outlays of the previous year. In other words, for the next two decades, the Federal Government should keep its spending within the real terms of current expenditures. Also noteworthy is the fact that this regulation could be altered no sooner than ten years after its inauguration. According to the assessment of Temer’s cabinet, without the new regulation, gross government debt would come to 90.5% of the GDP by 2019, whereas the amendment will bring about a mere 2.1% increase over the next two years from the 76.6% debt-to-GDP ratio forecast for this year.

However, 83% of the R$1.3 trillion primary expenditures includes items that cannot be affected even by the new regulation, which means that there is only a narrow margin of discretionary expenses where governmental cuts can be achieved. From this 17% margin, 7.2% belongs to health care, 4.2% to ministerial and state organs, 2.7% to the growth acceleration program kicked off in 2007, and 2.6% to education.

As two out of these four items, namely the education and the healthcare, are exceptionally sensitive areas in a developing country affected by high inequality, the PEC 55 is caught in the crossfire of harsh criticism and protests, while Dilma Rousseff and her Worker’s Party keeps insisting that Temer and his allies seized power in a coup. 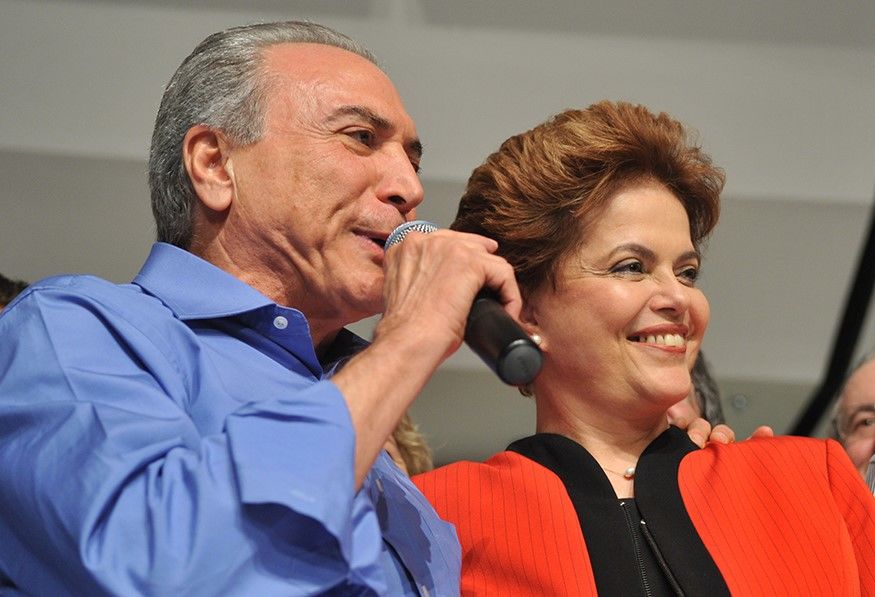 Michel Temer and Dilma Rousseff in 2010, when they were still allies running for election
Source: Wikipedia

According to the opponents of the amendment, the main problem is that PEC 55 will chiefly affect the poor as social expenditures are to be cut most dramatically. They object that the amendment does not factor in the demographic processes of the next decades (in other words, the growing healthcare outlays due to an aging population), the social needs (especially the pressure to invest in education in order to bridge the gap between Brazil and the developed world), and that the lack of sovereign investment will bog down economic recovery. Moreover, they also argue that with the 20 years stipulated in its text, the amendment confines the budget for an excessively long period of time, which holds unforeseeable processes. Hence, the budget cannot be tailored flexibly to future economic and social realities. As an alternative, opponents suggest tax reforms and levying more taxes on the rich.

The proponents, on the other hand, argue that PEC will put the federal budget on a sustainable trajectory in a country where public expenditures have grown above the average GDP growth rate since 1991. In addition, public expenditures that are predictable in the long run would increase investor and consumer confidence in the Brazilian economy, which is of key importance to the reacceleration of the country’s economic growth. Finally, freezing federal spending could ease pressure on future governments to raise the otherwise very high taxes, and give room to shrink the record-high 14% base rate. 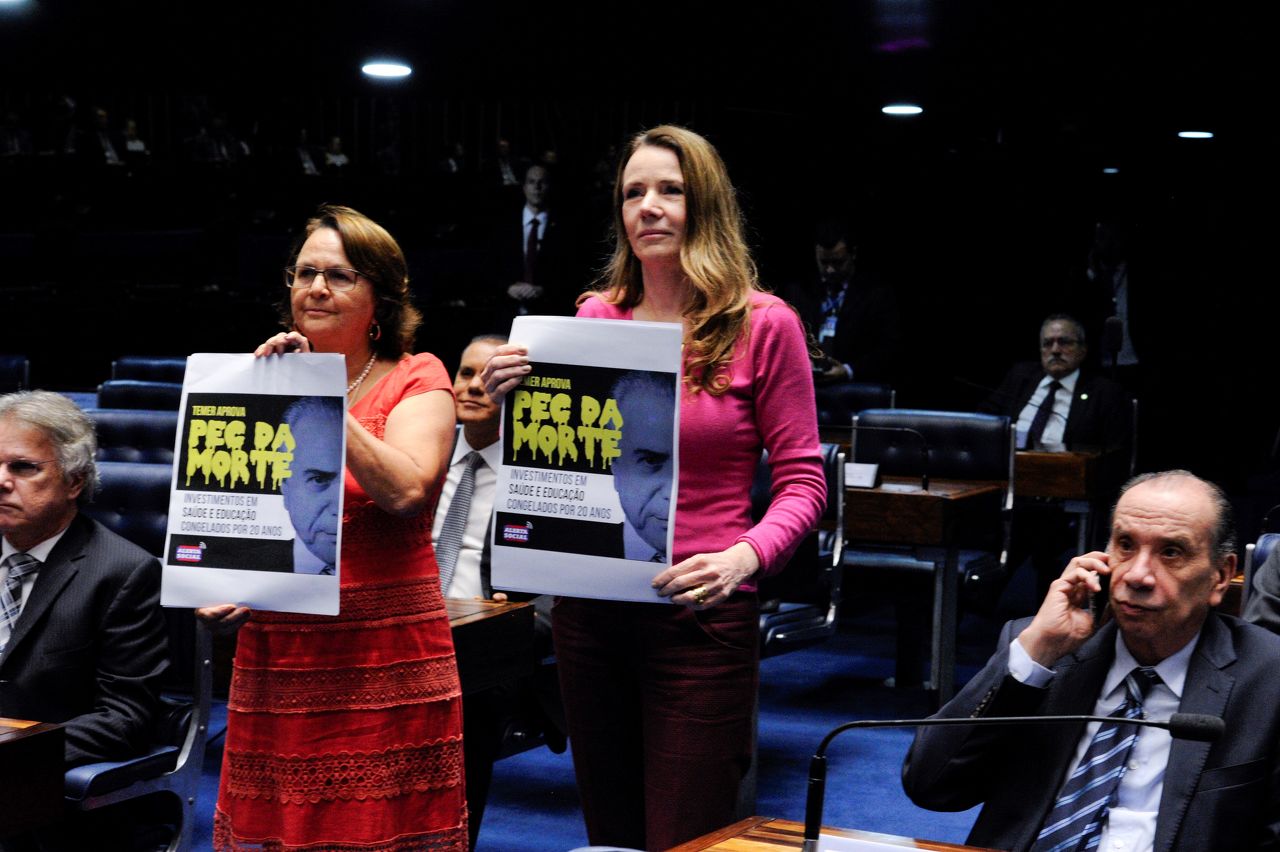 However, there is one thing both the opponents and proponents agree on: further radical changes are inevitable to rebalance the budget. They are unanimous in affirming that, sooner or later, the government should do something about social security spending amounting to more than 40% of the non-discretionary expenses, particularly as the aging Brazilian society could make pension spending boom from the present R$246 billion to R$2.5 trillion in the next 20 years. The main element of this reform is expected to be a drastic change of state pension age to 65 years (currently, an average Brazilian can retire at 54). Obviously, in the short run, such a step could not solve budget issues.

As the current amendment could only limit the federal government, Temer’s cabinet also has plans to submit another bill, which could also control state and municipal budgets in the same fashion as PEC 55. This law would emerge in the wake of these local governmental bodies moving on an unsustainable fiscal path, which is clearly demonstrated by the fact that 60% of the municipalities could not pay their debts by the end of 2016.

Nevertheless, the government says these changes will not necessarily engender a reduction in the money dedicated to healthcare and education, as more savings on the other discretionary spending items could make these outlays reach an even higher level than where they are currently at. What is more, the reasoning continues, the new regulation can be instrumental in spending smaller amounts more effectively on important sectors.

In any case, it will be interesting to see how PEC 55 will affect the middle class that has been quickly emerging over the last decade, and how long Brazilians—skilled at evading regulations—will abstain from tempering with or finding loopholes in the inflexible new amendment, which is capable of defining the country’s fate for at least a generation and putting even more pressure on the country’s democratic institutions.