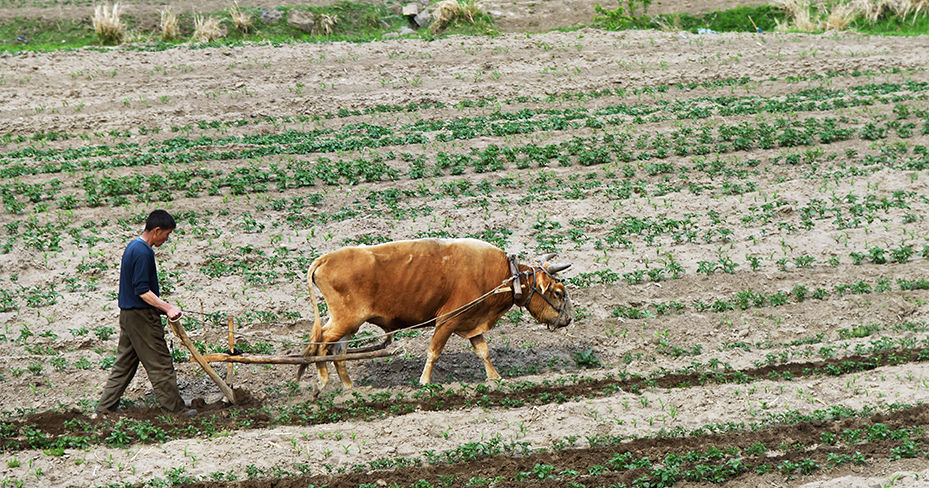 Kim Jong-un has recently convened several top decision-making bodies of the Workers’ Party of Korea to discuss food insecurity in the country. This is notable because the leader prefers to discuss “more inspiring” topics such as scientific research or weapons development. However, there is growing evidence that there is a real problem in the country, and these forums play an extremely important role in crisis management. The World Food Programme gives priority to the Democratic People’s Republic of Korea because of the seriousness of the problem.

The last great famine is still vividly remembered by the people of North Korea. The North Korean famine, also known as the “arduous march,” was a period of mass starvation combined with a general economic recession. This protracted crisis, which lasted from the middle of the 1990s to 2000, was caused in part by recurring natural disasters such as typhoons, floods, and related crop failures. In addition to natural disasters, human factors also played a key role, such as the end of subsidies from the former Soviet Union and the collapse of the food production and distribution system on which many people depended. The number of deaths caused by the famine is very difficult to determine. The total population of North Korea at that time was about 22,000,000. Exact data is not available, so we can only rely on approximations obtained by various methods. Most researchers estimate that the number of North Koreans died of hunger or hunger-related diseases was somewhere between 600,000 and 1,000,000, but the most pessimistic estimates go as high as 3,000,000. The peak of deaths was in 1997.

In her book, “Nothing to Envy,” Barbara Demick uses accounts from North Korean defectors to describe how the term “arduous march” became the official metaphor for famine through a state-sponsored propaganda campaign. Originally, “arduous march” was a story about Kim Il-sung. According to it, as commander of a small group of anti-Japanese partisans, the founder of North Korea “fought thousands of enemies at 20 °C below zero, struggling through heavy snowfall and hunger, the red flag fluttering in front of the rank.” As part of the propaganda campaign—that began at the end of the food crisis—the use of words like “famine” and “starvation” was banned because they implied government failure. Citizens who said deaths were due to famine could get in serious trouble with the authorities. A new slogan appeared on large billboards in the streets: “Let’s eat only two meals a day.” 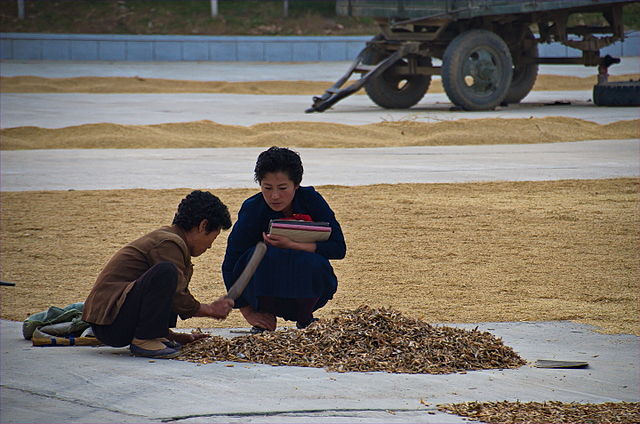 At the 6th Conference of Cell Secretaries of Workers’ Party of Korea (WPK), Kim Jong-un mentioned the “arduous march” for the first time this year when he spoke of an “extremely difficult” situation in his speech. Food safety issues were specifically raised at the WPK’s Central Committee (CC) meeting in the middle of June 2021. During the discussion of a separate agenda item titled “On establishing an emergency policy on overcoming the current food crisis,” a decision was reportedly made on the distribution and processing of government-guaranteed grain. According to the North Korean state media, Kim Jong-un personally signed a special order related to the food crisis in a small ceremony. The text of this order has not been made public, all that is known is that it provides for measures to ensure a continuous and stable supply of food for the population. As 38north.org—a website specialises in North Korea—explains, it is highly unusual for the media of North Korea to mention the term “food crisis” in connection with the country. Previously, the state news agency of North Korea, Korean Central News Agency had not even used the term “food crisis” during the years of severe natural disasters and obvious food crises. Instead, it spoke of “food shortages” and “potential food problems.” However, according to the website, this fact does not necessarily mean that the country’s current food supply is in a worse situation than ever before.

As usual, food shortages have led to substantial price increases. Even the price of rice has risen in some places by twenty-two per cent in one week. In places where government distribution of rice has been possible, prices have returned to normal levels. The situation is aggravated by the fact that North Korea has closed its borders for more than a year, citing the protection against COVID-19. The main consequence of this is that goods needed for food supplies and for continuous production cannot enter the country.

According to the Daily NK—an online newspaper that focusses on issues related to North Korea—a new nationwide organisation was established in late June to monitor and combat food stockpiling and price gouging. It is very likely that this measure was included in the resolutions of the above-mentioned WPK CC meeting in June or even in the special order signed by Kim Jong-un. The official name of the new organisation is the “June 17 Task Force.” The name of the organisation, which contains a specific date, is very eloquent and indicates that it was created on a temporary basis. This is not the first organisation whose main function is market control. From the regime’s point of view, its effectiveness is extremely limited because the people working in it, most of them employees of the Ministry of Social Security, can be easily bribed. Bribery is widespread in the country. Recently, there was an interesting conversation on a YouTube channel named Asian Boss. A former spy who defected to the South from North Korea in 2016 tells, among other things, that threat of reporting proved to be a well-established source of income for him in North Korea. The significance of the new organisation lies in the fact that this time party and government officials specially trained for control tasks were not directly entrusted with the country’s food problems, as was usually the case, but officials from other areas were involved in these work processes. Each unit consists of three or four people who randomly visit markets and the homes of food wholesalers to control and curb illegal activities.

Another eloquent news published by the website DailyNK.com is that in some military units soldiers are sent home to return in ten to fourteen days with 300 kg of beans per head or, if they cannot, with rice or corn. The action is called a “grain leave” and is intended to alleviate the food insecurity of military units. This measure underscores the fact that the military food depots are also getting emptier.

It is very difficult to get a real picture of the food situation in the country, as there are hardly any foreigners left in the country due to the closed borders related to the coronavirus pandemic. The Food and Agriculture Organization of the United Nations (FAO) regularly publishes data on food security in member countries. Forecasts for the Democratic People’s Republic of Korea (DPRK) in 2021 are currently encouraging, but it should be noted that the typhoon season is not over yet. Last year, the strongest and most damaging typhoon so far came in September. According to the FAO report, total domestic demand for grains, soybeans, and potatoes exceeds available domestic production, leaving the country dependent on imports. The unmet food gap is estimated at about 2.3 months of food demand. If this gap is not adequately met through commercial imports or food aid, or both, households could face a harsh lean period from August to October, when the 2021 peak season harvests are already available for consumption.

The food aid arm of the United Nations, the World Food Programme (WFP) began its work in the DPRK in 1995, right at the time of the last major famine, the “arduous march.” Today, its main role in the country is to provide humanitarian assistance to vulnerable women and children and build resilience to climate-related risks. This is the target group because child malnutrition leads to irreversible changes throughout a person’s life. The first 1,000 days from conception to two years of age are critical to a child’s destiny. A lack of varied nutrition exacerbates chronic diseases and leads to malnutrition. These challenges are exacerbated by the numerous climate-related disasters that continue to cause food insecurity in the country. According to the latest WFP data for 2019, 11,000,000 of the country’s 25,000,000 people are undernourished, and one in five children are disabled. 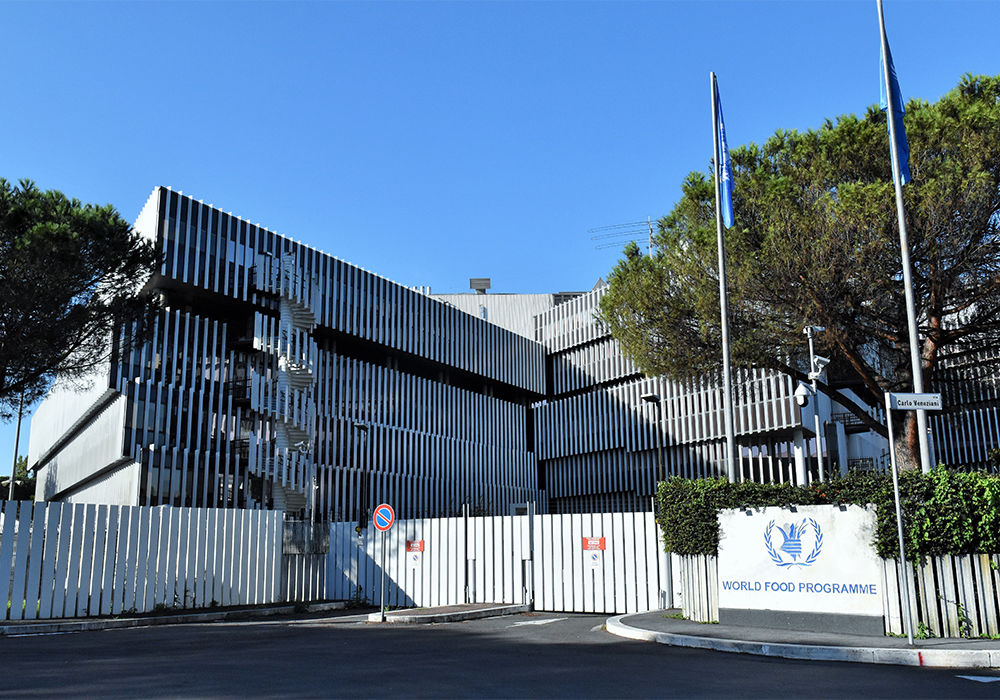 With regard to its activities in North Korea, WFP’s strategic objectives are to:

Several specialised agencies of the UN, including the WFP, the UNICEF, and the WHO have offices in North Korea, but due to the DPRK government’s action against the pandemic, the organisation has had no international staff in North Korea since March this year. The work is done by local staff, and the others work remotely from outside the country. This further complicates the situation, as without international staff it becomes even more difficult to monitor whether aid is actually reaching those for whom it is intended. The WFP conducts its humanitarian operations essentially according to the principles of political and ideological neutrality, which is of the utmost importance to the DPRK, especially since without international food assistance the country would once again be on the brink of disaster. However, at the borders—closed as part of the fight against COVID-19—it also appears to be very difficult for aid shipments to enter the country. Several ships were spotted on satellite images in May and June this year. These were presumably bringing aid from China, but, according to the images, only arrived in the ports of North Korea after two months, probably because of the long quarantine.

The “FAO/WFP Joint Rapid Food Security Assessment” in 2019 already showed the hidden hunger—caused by the low nutritional value of the foods consumed—in the DPRK. The problem is much bigger since then. The words of James Belgrave from WFP is even more valid today: “As humanitarians, our hope is that those in positions of power can go beyond the geopolitics and enable us to do our crucial humanitarian work—the ordinary women and children of DPRK deserve no less.”

The opening pic is by Oleg Znamenskiy/Shutterstock 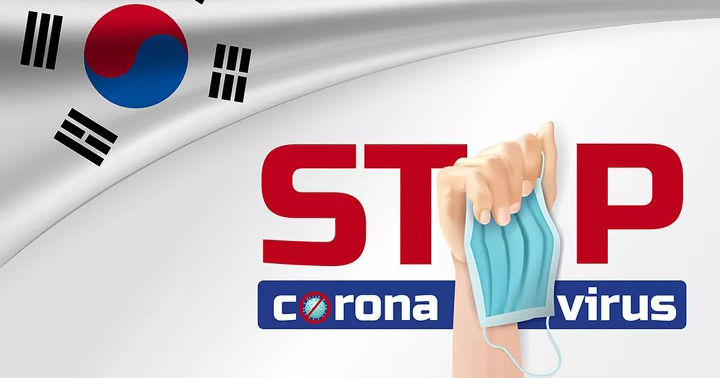 The name has changed, but has the direction remained?
Read more