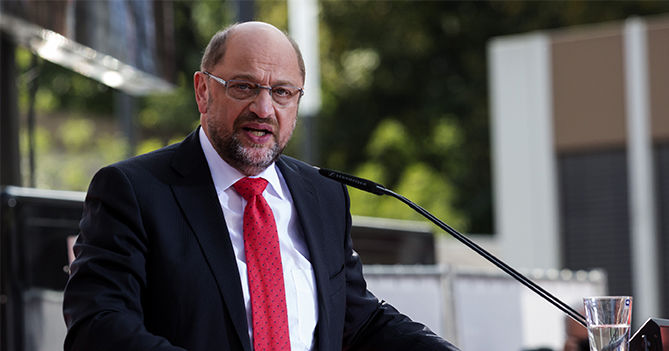 A recipe for discontent

By signing the coalition agreement on 7 February, a more than 4-month political crisis came to an end in Germany. At first glance, the difficulties that characterized the coalition building were reasonless, since the new government comprises the same parties as the previous one. Yet, changes are numerous and reflect a remarkable power shift: while Angela Merkel remains chancellor, both the CSU and the SPD succeeded in strengthening their respective position. Whether this new constellation will bring stability is still questionable, especially in view of the concessions, which neither the CDU nor the SPD membership is ready to accept.

Apart from some experts, who set out early to break the monotony of opinions by speculative ideas about what may come if black, green and yellow would not be the colours best describing the composition of the subsequent government, there were quite few who seriously entertained the possibility of a new big coalition immediately after the federal election on 24 September. For good reason, since neither the CDU/CSU nor the SPD expressed their interest—to say the least—in working together again.

Concerning the SPD, reservations were quite understandable. The party achieved its worst result since the establishment of the Budesrepublik. Many from the membership thought that this was mainly due to the lenient attitude of its leadership. Ostensibly, it had difficulties getting out from under the spell of Angela Merkel’s charisma who sold every socially sensitive reform the SPD instigated as her own, thereby pushing the party into the shadows. In view of these negative experiences, it was regarded more advantageous to recover in the opposition during the next four years than to give another chance for the chancellor to chip away at the popularity of the SPD.

Martin Schulz, the leader and former chancellor candidate of the social democrats, went the farthest—at least verbally—by excluding any continuation of the cooperation. To reinforce his image as a man with principles, Schulz declared his outright refusal twice: firstly, in the night of the election and secondly, shortly after the CDU/CSU, the Greens, and the liberal FDP failed to come to terms with each other. To his misfortune, however, both statements attested rather to his lack of political talent. On the first occasion, Schulz, while being overtly upset about the disillusioning result of the SPD, committed himself without any prior consultation with the party leadership. On the second occasion, he refused again to sit down at the table with the CDU/CSU, in a time when there remained no other option in view of the domestic political reality. The humiliation that Schulz had to endure upon having to make an about-face in December was accordingly huge. However, it did not prevent him later from squeezing an extremely favourable deal out of the CDU/CSU. Indeed, the SPD could not have hoped to see the adoption of a more leftist governmental program even if it had been the strongest coalition partner. 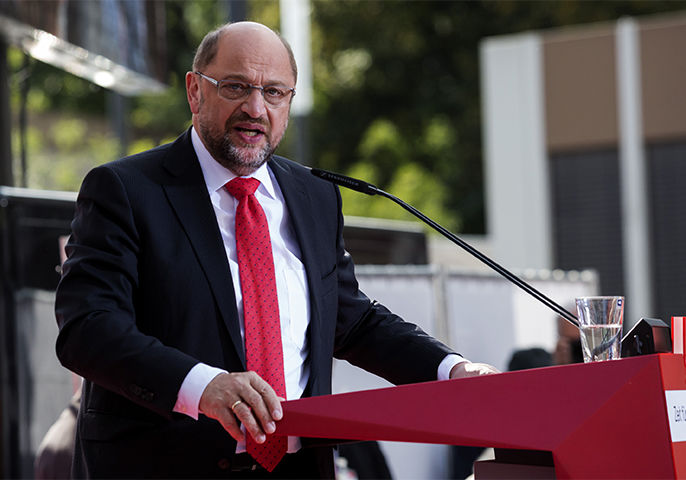 What is a convincing triumph for the SPD embodies a mortifying defeat for the CDU/CSU. This is something that the duo feared already in last autumn, when they received a clear warning in the form of a never-seen loss of votes. Like the SPD, the CDU/CSU also had to reconcile themselves to their worst performance historically which—obviously—did not guarantee strong negotiation power in the struggle for governmental positions. We do not know whether they would have been able to achieve a better deal if the Jamaica coalition had come about, but the actual agreement just does not seem to reflect the decision the voters made. In order to satisfy the SPD—and secure the approval of its members—the CDU/CSU had to consent to big additional budgetary expenditures (approximately 46 billion Euros), as well as to relinquishing some of the most important ministries—from these the loss of the Ministry of Finance is quite painful. The indignation within the CDU is correspondingly huge, especially given the gains of the CSU, which secured for itself the Ministry of Interior with unprecedented additional responsibilities in home and construction affairs.* Thus, the sacrifices Merkel saw necessary to make in order to elongate her tenure may have an opposite effect in the end and will eventually accelerate her fall. 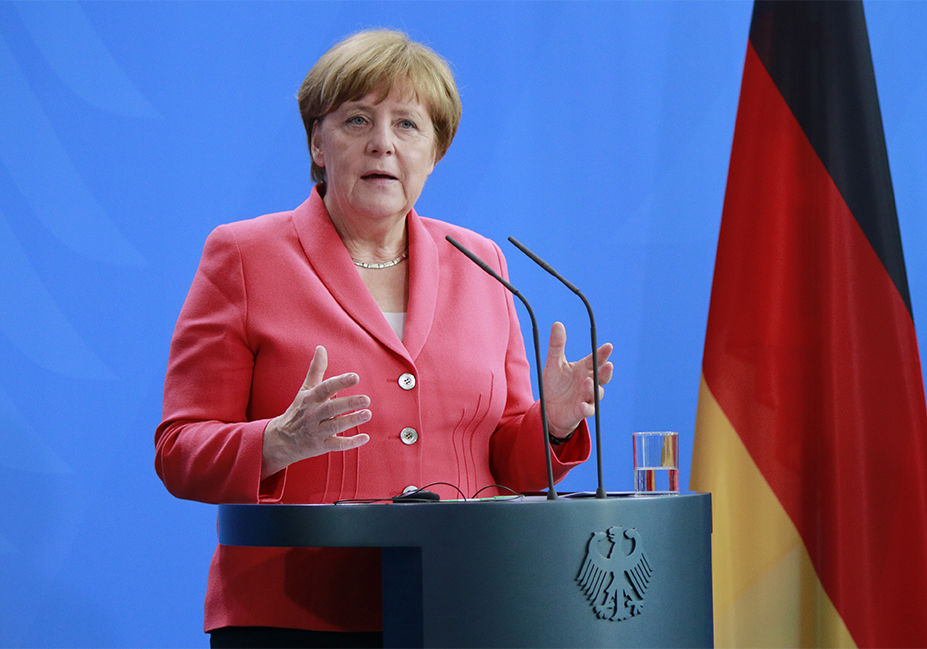 As a matter of fact, the first signs heralding a new era are already present. As opposed to the twelve years of her chancellorship, information on intra-CDU disagreements now find their way to the public, and critical voices become louder. Moreover, this time opposite opinions do not come from individuals only, who would be easier to silence, but also from groups that enjoy wider support among the membership. The youth wing is particularly vocal. After a long period of experimentation and popularity-seeking, so characteristic of “Merkelism,” young party members reiterate the need for returning to the core values of the party. They regard the concessions the chancellor made at the negotiating table as extreme disappointing, and are ready to use their influence to prevent the CDU from losing its face. This does not mean, however, that Merkel will be brought down—at least for a while: without an heir, such a move could easily backfire, weakening the party further. Instead, they try to move up the ladder and grab governmental positions in exchange for temporary support. Whether their “invasion” will be successful or it will be rather the strong men from state governments who will exercise decisive influence on the party’s course is an open question. At any rate, one thing is sure: Merkel will never have the same power again as prior to the elections.

Curiously enough, and in spite of the achieved results, SPD members also do not rejoice over the outcome of the coalition negotiations. Clearly, the party forced its agenda onto the CDU/CSU in many fields. According to the youth wing and other groups within the party left from the mainstream, however, the concept of social justice was not embraced to the extent to which the interests of the SPD would dictate. Having seen the party’s popularity keep on plummeting even after the elections, they are now more fearful than ever of the future. With reason, obviously: recent polls show that the difference between the SPD and the right-extremist AfD is gradually narrowing. As things stand, if social democrats do not undertake a radical turn within a short time and reach out for those (feeling) at the bottom of the societal hierarchy, they may sink into irrelevance or disappear from the political map forever. Avoiding this scenario presupposes new visions and—necessarily—new personnel. What is currently happening, however, is everything but forward-looking. It is enough to take a look at the events of last week.

On 7 February, Martin Schulz, ostensibly unaware of the delicate position he manoeuvred himself into during the previous months, went back on his earlier promise of not accepting any governmental role. Whilst passing the party leadership on to Andrea Nahles, floor leader of the SPD, he tried to grab the Foreign Ministry. This move proved to be a huge and decisive mistake. Sigmar Gabriel, the incumbent foreign minister and the most popular politician of the SPD, who just a year ago smoothed the way for Schulz’s ascendance, felt humiliated and accused Schulz of breach of word. 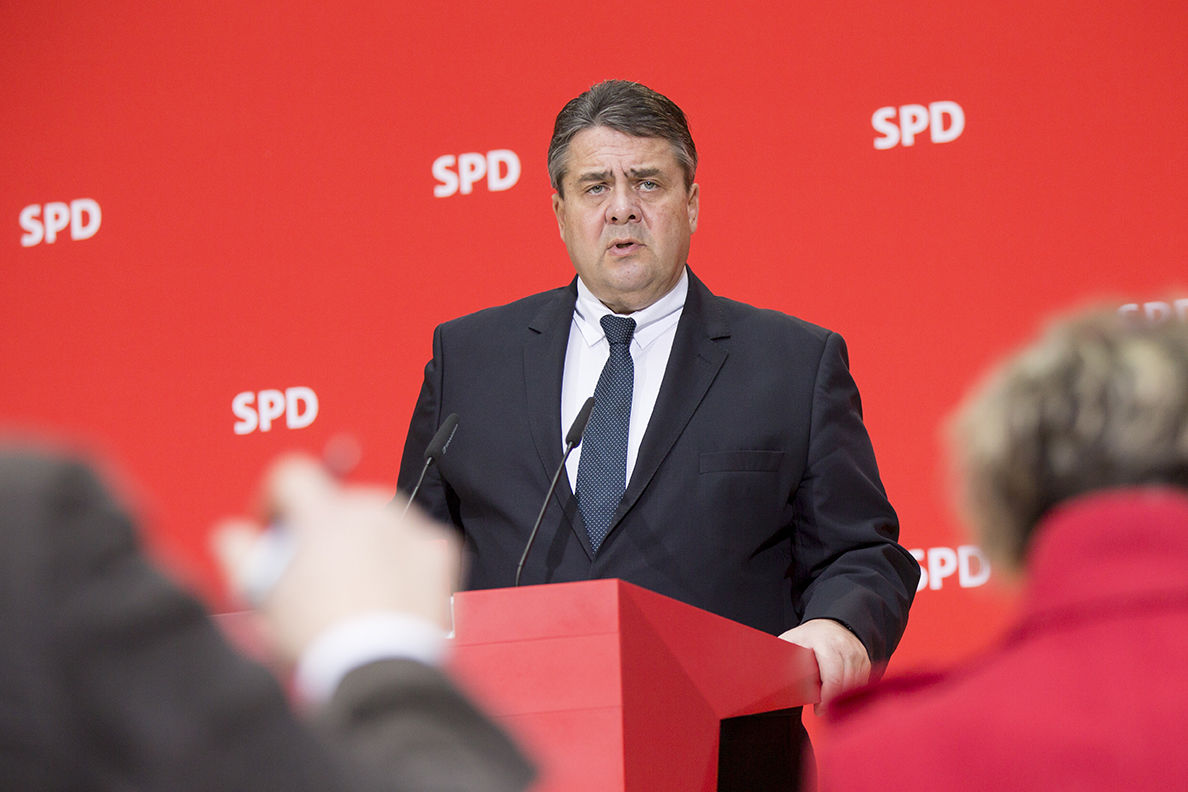 His fury struck a chord, for many from the party also grow weary of the both unprofessional and unethical behaviour of their leader. The extent of discontent is well reflected by the fact that Schulz had to abandon his plan two days later. Clearly, this was not enough. The patience towards him was as good as over, hastening the transfer of leadership which should have taken place only in March. Even if Schulz remains an MP, deprived of both offices, he practically ended his domestic political career. Nevertheless, this does not mean at all that personal questions are solved in the SPD. Sigmar Gabriel, who at first seemed to profit from Schulz’s fall, lost confidence too, because his publicly articulated torrent of complaints was frowned upon by the party membership. The disappearance of the two from the stage leaves Andrea Nahles and Olaf Scholz, the major or Hamburg and designated minister of finance, to provide for consolidation and begin the renewal of the SPD. The first obstacle they face is to make the basis approve the coalition deal. Under different circumstances, this would be a mere formality, now however, the vote is rather a liability which—in case of an unfavourable outcome—threatens to pull the rug from under the feet of the transitional leadership and stir unprecedented political chaos both on the party and national level. 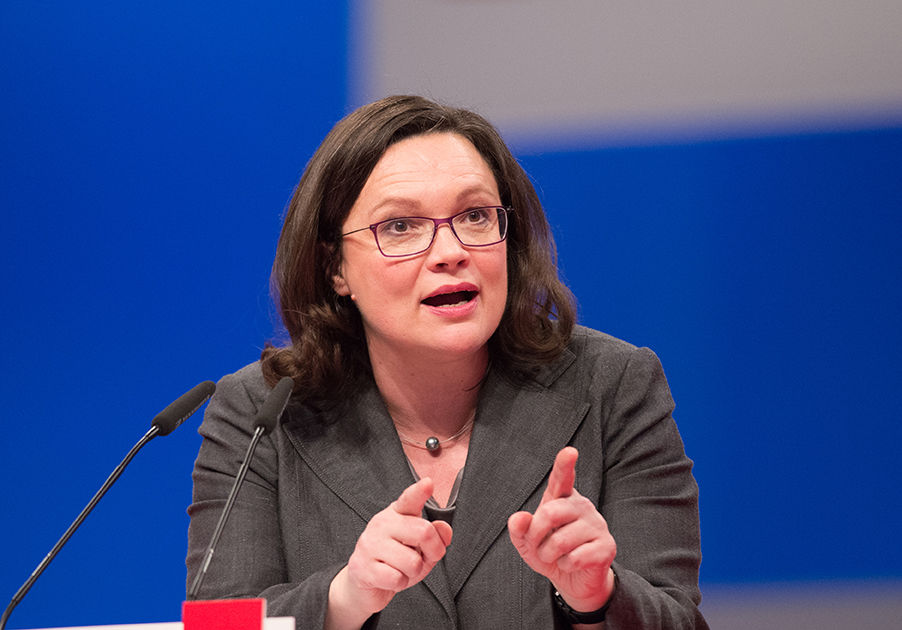 To summarize, bad omens herald Angela Merkel’s fourth term. Her position is weak, she leads an unsteady coalition, and has to deal with right extremists inside the parliament. Thus, the political stability that characterized her previous chancellorships is irrevocably over. Whether, in spite of the difficulties, her political skills and experiences will be enough to find viable solutions—at least temporarily—to the aforementioned problems, remains to be seen.

* The word “home” implies here that the ministry is responsible for the development of the countryside, as well as for the equalization of life standards which can be quite different in urban and rural areas.