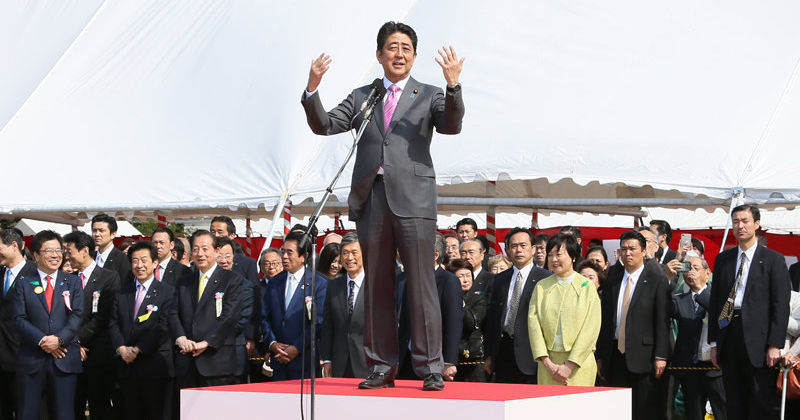 Make It or Break It?

Prime Minister Shinzo Abe opened the New Year with a usual speech, and thus the political machine in Japan restarted without a bang: emphasis was on the economy and constitutional revision. What is new, though, is the questionable stability of Abe’s position as party president—and therefore as prime minister. What can we expect from the Japanese political landscape in 2018?

By ensuring the Liberal Democratic Party’s (LDP) victory in last fall’s elections, Shinzo Abe seems to be here to stay. Although the election results showed more the failure of the opposition than the success of the Liberal Democratic Party campaign, PM Abe is entering his 5th consecutive year in power with better support rate than before. While Abe managed to secure a stable position, relatively unmatched in the past 20-30 years of Japanese politics, now, the question arises, “How stable will it be in 2018?”

The September elections already showed signs of growing discontent towards Abe, mostly because of his money-related scandals in connection with the Kake and Moritomo Gakuen case. This year is going to be even more difficult, as this time, he will have to fight off challengers not from the outside but within his own party, as the LDP will elect a new party president in September. And challengers there will be: only last year, not one but three fellow party members were anticipated to be his successor. 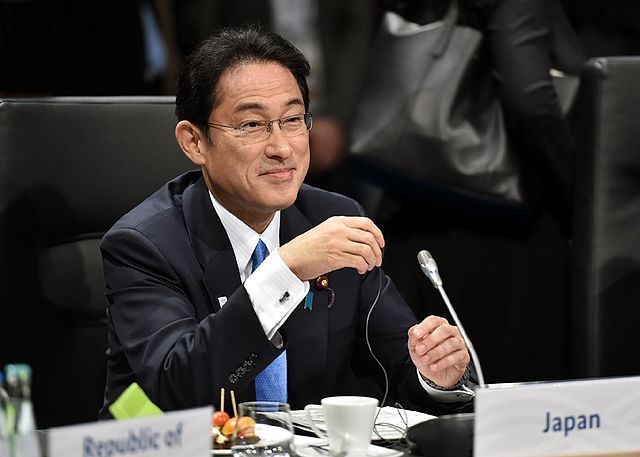 The first one is an obvious choice. Former Foreign Minister Fumio Kishida, resigned from his cabinet position only last year, now took on another prestigious post in the party—but outside the cabinet. He had distanced himself from Abe on the question of whether to amend the constitution or not before he quit his post as Minister of Foreign Affairs. He is the leader of one of the biggest factions in the party, and if he would able to convince the long-time Abe-ally, Finance Minister Taro Aso to join him, he would have a good chance in the presidential race. Aso did say before that he would not oppose his aspirations, but Kishida is yet to announce that he will run against Abe. 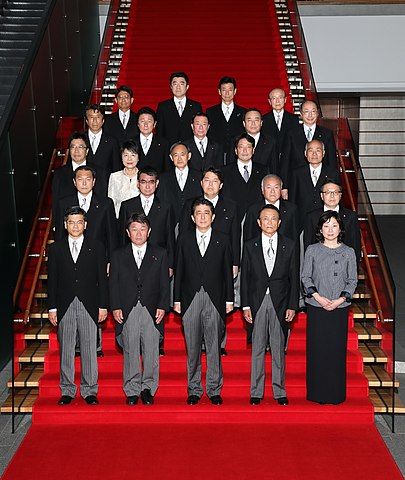 The current Abe cabinet, with Seiko Noda in the first row on the right
Source: Wikimedia Commons, author: 首相官邸ホームページ, licence: CC BY 4.0

Gender equality? Say no more, as one of the two women in the current cabinet, Minister for Internal Affairs and Communications Seiko Noda is also ready to take on Abe for the party presidency. Unlike Kishida, she is determined: she already announced her intentions to replace Abe, and she already ran against him previously, though she lost due to a lack of endorsement. She is an extraordinary position, for she is not bound by party factions—a rare situation that requires a lot of braveness. Being responsible for gender equality and woman empowerment too, people have the idea that she might be a perfect representative for the fight for increased woman participation in the labour market. Japan currently does not provide its female citizens with enough opportunity to have a regular form of employment, therefore they are forced to either settle for lower wages and little job security, or to follow the traditional social values of Japan and be stay-at-home moms. Additionally, Noda personally had to fight her own battles in the political scene when she gave birth at the age of 50, highlighting the further obstacles placed in the way of bettering the vehemently aging society of Japan, which is troubled by the fast dropping rate of childbirth. As Abe won the elections with proclaiming a double national crisis, one being the security and the other the demographic time bomb, Noda could have a chance, were she to secure a more defined support from inside the party. 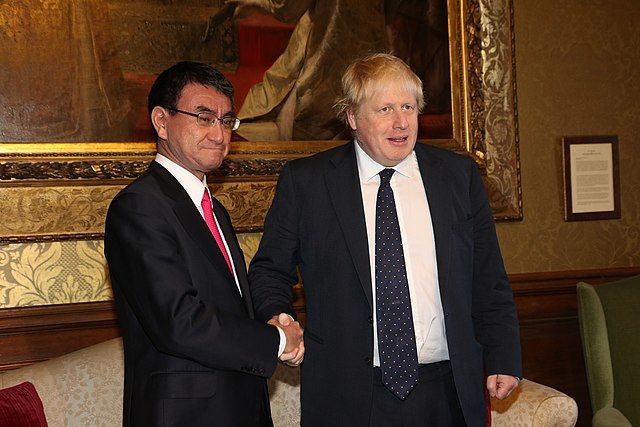 Last but not least, Taro Kono is also ready to enter the ring. His appointment to the post of Foreign Minister was already carrying a double meaning for most. Kono is a young maverick presumed to become a fierce challenger to Abe. His father is famous, too: Yohei Kono was the famed Chief Cabinet Secretary under PM Tomiichi Murayama, and he became famous for his ground-breaking speech in 1993, when he apologized for the wrongdoings of the Imperial Army during World War II, with a special emphasis on the comfort women forced into prostitution. As the 2015 Comfort Women Agreement with South Korea had gone to the gutters, Abe may have wanted to make a gesture of good faith towards President Moon Jae-in. The comfort women issue did become a major deal-breaker for the Republic of Korea, which is unacceptable in the current danger-filled environment in the East Asian region. But Kono is not only a gesture or a representative of his father, as he is highly educated and has excellent relations with the U.S., which can come in handy considering the North Korean security threat. This way, Kono could appeal to Abe’s second national crisis: the Democratic People’s Republic of Korea.

Kishida’s leaving the cabinet, and Abe’s manoeuvre to appoint two highly capable politician to his side means only one thing: It is said that someone pursuing a prime ministerial post will not stay in the cabinet, for remaining there, he or she has to comply with the cabinet consensus—thereby stating publicly that his/her opinion is the same as the prime minister’s. No one can build a campaign like that. It seems that Kishida left to build his support base, while Abe recognized the opponent in Noda and Kono, which is why he tries to neutralize them. It is not going so well though. Kono had already voiced his disapproval of the continued usage of the nuclear power plants, something quite unusual for a cabinet member.

So, what is left for Abe? He definitely does not have enough room to strengthen his position. The Diet session restarted on 22 January, and he has to come up with an agreeable budget until March. If he sticks to his promise and enlarges the defence budget again, he will have to push down differing opposition voices effectively. And that is no easy task, for this time there is a possibility that he will include offensive capabilities, something Japan has refrained from so far. The elections are in September, which means that he will only have the summer for pushing through the constitutional amendment, which is a highly controversial and possibly destabilizing plan, both in and outside the party. Regardless, his support base is still strong, and challenging him would be risky—only time will tell whether someone will step up or not.

The opening pic is by Wikimedia Commons, author: 首相官邸ホームページ, licence: CC BY 4.0.