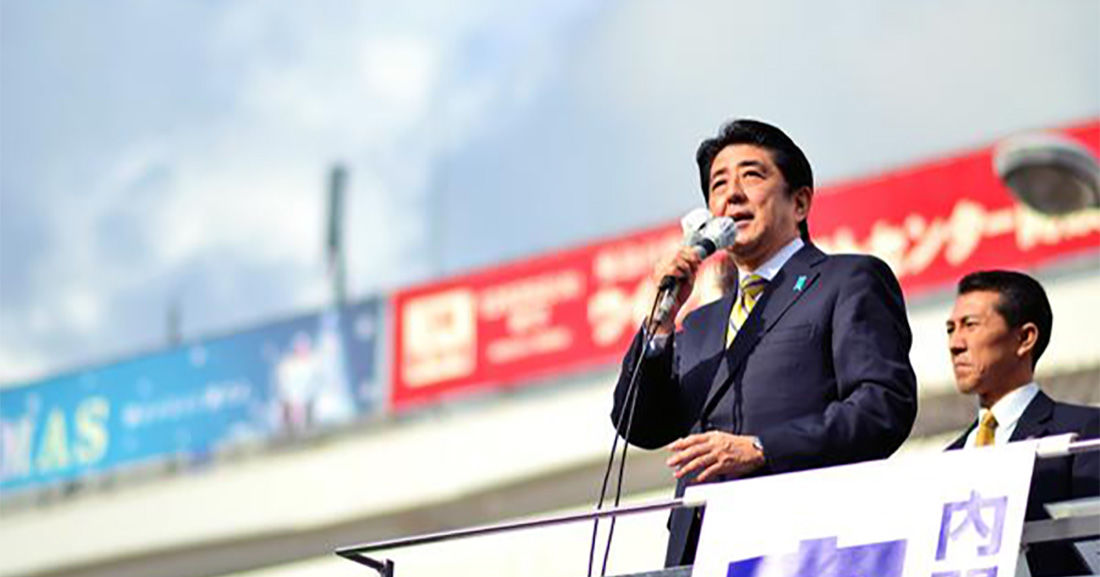 On 22 October, Japan re-elected Abe Shinzō, who managed to secure two-thirds majority – once more. But was Abe truly chosen? What does this election win mean?

2017 was quite problematic for the ruling Liberal Democratic Party. The otherwise politically stable PM Abe got into not one, but two major corruption scandals, which almost entirely destroyed his popularity and support base. Specifically, he had lower support rates in the first half of the year than President Trump, which drifted him closer to impeachment than comfort. The scandals hit hard for several reasons. The impeachment of neighbouring South Korea’s President Park urged the Japanese to reconsider their tolerance towards their own politicians. Not only that, but the revisionist feature of private kindergarten Moritomo Gakuen also whipped up these sentiments. This kindergarten gained attention after media outlets affirmed that pre-war imperial dogmas were being spread between the children attending the institution. The linkage to such an establishment heightened emotions on both domestic and regional levels.

So then how did Abe win? The short answer: there were no better option. However, the situation is more complex than this. The main opposition party, the Democratic Party, has been losing power for years, which could not be countered by the newly elected Murata Renho. She was supposed to inject new blood into the party, but she could not avoid being criticized about her past Taiwanese–Japanese dual citizenship. July came, and at the time when PM Abe was suffering the most regarding his support rates, she resigned. At the same time, the North Korean threat started to intensify, and two ballistic missiles above the skies of Hokkaido encouraged Japanese to seek political stability and national security.

Abe was given an unusual opportunity with this. To salvage his leverage, and to recover his lost support from the people, he had no other option but to initiate an early lower house election. If he succeeded, he would be able to strengthen his odds of avoiding being ousted in next year’s party leadership elections. Dissolving the lower house could also put an end to the never-ending questions about the scandals, for which Abe has yet to respond. The dissolution however created an unexpected development. Tokyo Governor Koike Yuriko, known for her blend of wits, opportunism, and taste for conservative nationalism, took the initiative and announced her establishment of a new, reformist party as an alternative to the ruling LDP. The party was named Party of Hope (Kibō no To). The animosity between Abe and Koike rose record-high. 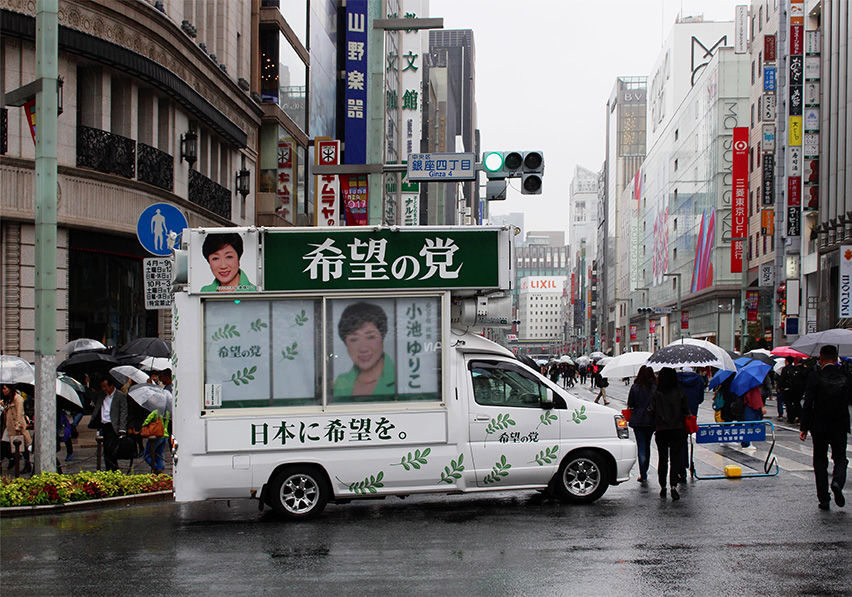 The next domino piece was Democratic Party President Maehara Seiji encouraging his fellow party members to join the Party of Hope, thus unifying the fractured opposition. And here is the first mistake Koike committed. The governor showed her ugly side when she did not attend the annual memorial of the Korean nationals who died during the ethnic cleansing after the earthquake in 1923. She also unintentionally painted the picture of herself as an absurd dictatorial leader when she made two of her Tomin First party’s core politicians quit the party for not complying with her ideologies and political views.

A dilemma emerged. Members of the Democratic Party had to choose a path: either run as independent candidates or further fracture the opposition side. DP Vice President Edano Yukio took the chance to establish a new party, giving platform to the liberal politicians of the DP. The party was named the Constitutional Democratic Party (Rikken Minshuuto), becoming almost the only party to oppose the initiative of amending the constitution. Thus, the opposition further diversified, dividing the opposition votes. As a last piece, Koike had announced that she would not run as a prime ministerial candidate. Within a few days, the short-lived Party of Hope lost its leader and meaning, along with its popularity. This risky decision can be explained with the simple matter of responsibility. Should Koike run for Prime Minister, she would be considered irresponsible towards Tokyo and the 2020 Olympics, but should she not run, she would be considered irresponsible for abandoning her own party. The latter was chosen, as the Tokyo Olympics are extremely important for her prestige, and ultimately, she may still have momentum in future elections following a successful Olympics.

On the day of the elections, a typhoon found its way to Japan. A voter base plagued with general political apathy (even though the voting age was lowered from 20 to 18 years) joined a fractured opposition without any developed campaign program. In contrast, throughout the short, 12-day campaign period, Abe was touring the suburbs, meeting with an aging population, while repeating the threats posed by North Korea. 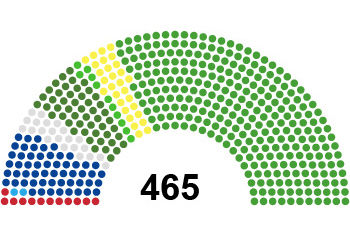 With that, we circled back to the original question – Is it really Abe that the people chose? Did he earn that two-thirds majority in the Diet? The answer is clear now. The 2017 elections showed record-low turnout with an opposition proposing no real alternative to the LDP. The disappointment was not erased towards Abe and his scandals, but in such an international situation, the Japanese chose political stability. 2018 will show us now whether this is enough for him to stay in the prime ministerial chair or not.