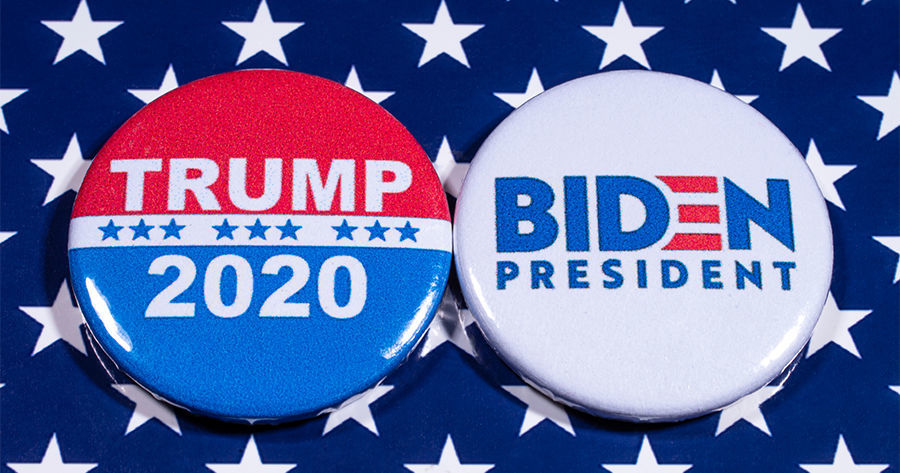 After Obama, beyond Trump

Our latest blog post analyses the aftermath of the 2020 presidential elections and the first issues in diplomacy awaiting the new president.

This year was, indeed, exceptional in the US due to not only the coronavirus pandemic but also the presidential elections. According to the statistics, the United States is the most affected country globally, based on the number of coronavirus cases; currently, there are more than 16,000,000 infections, and it is rising.

In 2020, mail-in voting had an extended role, as states allowed their residents to vote by mail due to the COVID-19 pandemic, causing a so-called toss-up situation in Texas, Florida, Ohio, Iowa, North Carolina, and Georgia. The numbers changed hour by hour, and the final results came weeks after Election Day.

Mail-in voting originated from the American Civil War, helping soldiers on the battlefield, who could, thus, vote absent from their hometown. Democrats vote in mail more than Republicans, as precisely 51% of them prefer this option, while republicans prefer to vote on-site. According to a new survey from Stanford University, if we look closer at these ballots, considering the electoral votes, there is no significant difference between the two parties in the electoral voting outcomes.

The Electoral College cast its vote on 14 December 2020; Joe Biden as a Democrat president-elect gathered 306 votes, the exact number that President Trump, who this time got only 232, had gained four years ago. The electors voted as pledged, since none of them disregarded the popular vote as it had happened in 2016. Next, on 6 January 2021, a joint session of the senate will count and certify the electoral votes; after this date, the official winner can be proclaimed.

The incumbent president has put great effort into proving his statement about several election frauds in many states. After recounting the votes, it seems that those claims were baseless.

There are still open questions, however, for elections in the senate, as there will be two run-offs in Georgia for two seats. This election would show if Republicans can maintain their majority in the senate until the midterm elections in 2022. Republicans will do their best to keep that majority to support their voters’ interests. Naturally, Democrats intend to take over the leadership of the three main institutions: the White House, the US Senate, and the House of Representatives.

It is important to note that more than 74 million votes were cast for the Republican Party and President Trump, which equals roughly the number of the United Kingdom’s population. And the more than 81 million votes for Joe Biden almost amounts to the population of Germany. These vast numbers added up to the highest number of participation and cast votes in US election history.

As Barack Obama’s vice president, Joe Biden may follow in his Democrat predecessor’s footsteps according to experts. However, would it really be the case? International relations has had many changes since 2016, not to mention the effects of the coronavirus. There is one thing that has not changed, however, and that is the grand strategy of the United States. According to the president-elect’s website, his nominee for the Secretary of State’s office would be Anthony John Blinken. Blinken earlier served as a deputy national security advisor and deputy Secretary of State. He spent his younger years in France, so a connection to and understanding of Europe would be a massive advantage on his side.

As Joe Biden has stated several times, rejoining the Paris climate agreement is another significant step ahead for the United States to have a leading role in the green transition, too. His focus is on green energy and the reduction of carbon emissions both in the United States and the outside world. Donald Trump said in 2017 that the agreement was not suitable for the United States, as the remaining polluters, such as India and China, were not obliged to reduce their emissions—so why should the United States? Leaving the agreement was a long and complicated process; however, rejoining would mean further sanctions and repercussions for Washington. Moreover, the senate should ratify the new agreement, officially committing the US to its obligations, unlike last time in 2016, when the Obama administration did not manage to finish the process.

Before the new president’s inauguration, Donald Trump plans to withdraw thousands of military personnel from Iraq, Afghanistan, and Germany. In the German case, the initiative was, temporarily, barred by both parties’ joint effort to support the American presence in Germany. According to the plans, 12,000 soldiers would be displaced to Poland and Eastern Europe.

It would be challenging to measure the possible consequences for Afghanistan, but it seems sure that Al-Qaeda and the so-called Islamic State could strengthen their positions there and in Iraq. Implementing the withdrawal for the peace negotiations would be a throwback between Afghanistan and the United States, as the NATO mission needs the United States military’s transportation and logistics capabilities. However, according to the National Defense Authorization Act, the military withdrawals could not be executed unless the proposal is accepted.

The US–Chinese relations have weakened because of the trade war and the tariffs on China in the last few years and as President Donald Trump accused China of spreading the coronavirus this year. The Trump administration also targeted how Huawei and other Chinese technology companies are implementing 5G in the United States and allied European countries.

The foreign minister of the People’s Republic of China expressed his best wishes for President-elect Joe Biden and congratulated him on his victory. He said China was ready to cooperate with the United States to tackle the coronavirus, to deal with economic difficulties, and to strengthen bilateral relations. Assumably, the United States’ strategic posture will not change towards China, especially in the matter of Hong Kong and Taiwan, as President-elect Biden will stand for supporting democracy worldwide. President Trump addressed China as a threat and a strategic rival: his first national security strategy included Beijing as a threat to the national economy, and, therefore, to the United States’ national security.

If President Trump does not raise any legal obstacles against the inauguration process, Joseph Biden will be the 46th President of the United States, taking the Oval Office on 20 January 2021. Biden expressed in his campaign many times that he would be a president for all Americans regardless of who they supported. He is planning to unify the divided population amidst the pandemic and economic depression. His first hundred days will be crucial, as there will be an immense amount of media attention monitoring his promises. We are yet to see, however, whether Biden follows the former practice, dedicating his first term to domestic issues and the second one to foreign policy. Still, given that President Biden is the oldest president of the United States, he has to focus on both in his first term, especially as the United States’ diplomatic relations should be mended in many ways today.

Next year, our attention will first focus on President Biden’s first official foreign trip, as it is always indicative to see what a president chooses as his destination—that country or region usually enjoys special attention from the incoming administration.

The opening pic is by chrisdorney/Shutterstock.