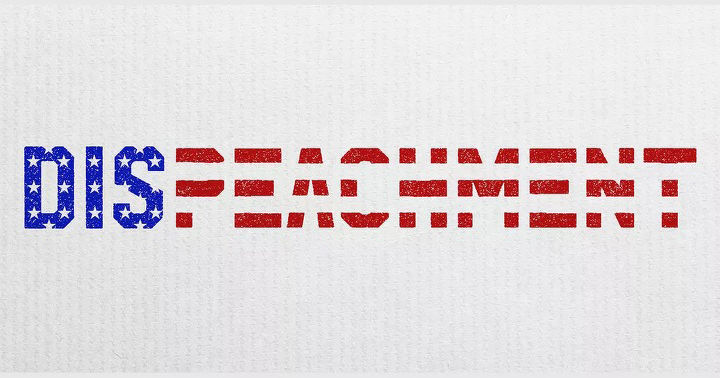 Trump’s presidency has survived his impeachment. How has the process changed politics in the United States? Here are three takeaways.

Much to nobody’s surprise, the impeachment of Donald Trump for abuse of power and obstruction of Congress ended with the President’s acquittal, thanks to a Republican Senate majority that proved to be a near-monolithic firewall. Much of the conversation—including my previous piece on the matter—has framed the episode as a political zero-sum game between the GOP and Democrats, with the 2020 presidential election as the broader context, so, for a change, this post will be dedicated to a variety of semi-related conclusions, implications, and apparent consequences of the impeachment saga.

At this point, it would be nearly impossible to argue that Trump withheld congressionally approved aid for any other reason than to pressure his newly elected Ukrainian counterpart to publicly announce an investigation into a long-debunked conspiracy theory involving the hacking of a Democratic National Committee server in 2016 and, more importantly, into a similarly unsubstantial corruption story involving his then-primary rival in the 2020 election, former Vice President Joe Biden, as well as his son Hunter, and, thereby, engineer news coverage that would have hurt his Democratic opponent. The evidence that corruption was not Trump’s true concern is overwhelming: there are many hours of detailed testimonies from officials involved in the case alleging as much, and corruption has not stopped the Trump administration from sending aid to all sorts of countries plagued by it (the President has also publicly praised leaders directly involved in corruption scandals) or cutting funding for State Department anti-corruption programmes, while the circumventing of official channels normally used for such purposes was combined with unusual classification measures for the much-discussed phone call between Trump and Volodimir Zelensky.

The only matter truly up for debate, then, is whether removal from office would have been an appropriate consequence for the President’s decision to withhold aid to help his re-election. Clearly, most Congressional Republicans (and their constituents) did not think so. So in what state does all this leave the Union?

Raising the bar for impeachability

The institution of impeachment is not, and was never intended to be, a legal trial conducted in accordance with an established legal code. It is a political mechanism in which judgement regarding the removal or acquittal of the sitting President is passed down by elected representatives. As such, the entire process is bound to be strongly influenced by the political dynamics at play, forcing lawmakers to weigh matters of, among others, precedent, conscience, party, constituency, and—ideally and in spite of the above—legality. There is no set of objective criteria to measure whether a decision is right or wrong, and “miscarriage of justice” is a more-or-less inapplicable term as long as there does not exist a relevant court decision.

With all evidence suggesting that Trump did, in fact, use his power as President to disadvantage a political rival, it would not be unreasonable (at least for a time traveller) to expect more than one Republican to vote against the President, as was the case in 1998, when at least a handful of House Democrats defected to recommend the impeachment of Bill Clinton, while the Senate trial saw altogether ten Republicans break with their party and vote at least against one article. Despite the case itself being quite strong, its substance—a largely private matter—was such that it led even parts of the opposition to exercise restraint in the application of impeachment. By contrast, the matter at the heart of Trump’s impeachment concerned the limits of a President’s power—limits which, according to a non-partisan congressional watchdog, the President has unlawfully broken with his actions regarding Ukraine. GOP Senators voting against Trump’s removal (a number of whom had voted to remove Clinton) cited a variety of reasons for doing so, from the hope that the President has already learned a lesson to rejecting the entire process as a partisan exercise, and the end result is a new precedent for how much presidential indiscretion is tolerable: Senator Lisa Murkowski may have conceded that the President’s “behavior was shameful and wrong” and that “his personal interests do not take precedence over those of this great nation,” she ultimately voted to acquit him.

The situation described above was brought about by a reality (which, in turn, was reinforced by the above situation) that has been articulated over and over since before Trump took office: after its initial hostility and reluctance towards his candidacy, the GOP establishment eventually lined up behind him. The impeachment episode represents a next level in this gradual process. As was the case during the 2016 primaries, this was largely driven by sensitivity to voters’ preferences, as opposing Trump has become somewhat of a guarantee against longevity in modern mainstream GOP spaces. With a Republican voter base that opposed removal by a massive, roughly 90-per cent margin, there was never any realistic chance of what would have amounted to mass political suicide. 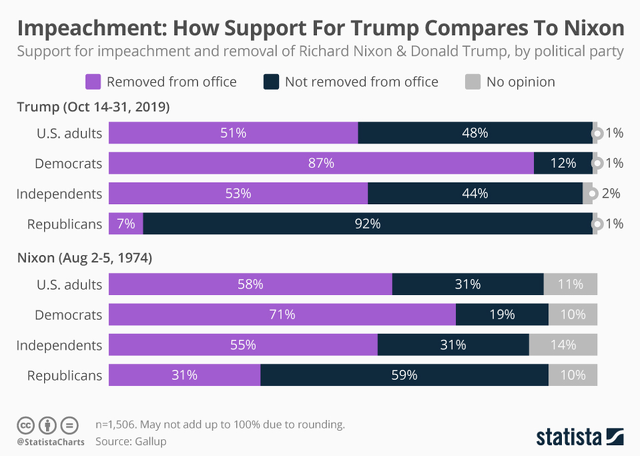 American late night and news television had many a field day contrasting clips where GOP politicians like Lindsay Graham and Newt Gingrich backpedal on positions they held on impeachment when it was Bill Clinton’s presidency at stake, but consistency is an easy sacrifice when the alternative is landing on the wrong side of your constituency. And the loyalty of said constituency to the President appears consistent with the behaviour of populist movements: according to political scientist Jan-Werner Müller, supporters of populists remain adamant in their support even when presented with evidence of corrupt/improper measures “as long as they look like measures pursued for the sake of a moral, hardworking ‘us’ and not for the immoral or even foreign ‘them’”—a key trope in the President’s rhetoric (although it would be a mistake to assume that this phenomenon is exclusive to politicians of Trump’s ilk).

The Senate trial produced what could easily be viewed as the epitome of this thinking when Presidential counsel Alan Dershowitz argued that “if a President does something which he believes will help him get elected in the public interest, that cannot be the kind of quid pro quo that results in impeachment.” It is a point that Trump himself has brought up time and time again, claiming that Article II of the Constitution allows him to do whatever he wants. These claims are, of course, absurd, but nonetheless indicative of the Trump camp’s attitude towards executive restraint.

Dershowitz argues Trump motive to win reelection would not be impeachable
Source: YouTube

Indeed, the impeachment episode seems to have further emboldened the President and normalised the behaviour that led to the process in the first place. On the heels of his acquittal, he spoke matter-of-factly about personally directing Rudy Giuliani to be his point man in Ukraine in the effort to damage Biden, which he had denied during the impeachment inquiry. More importantly, the President also appeared to meddle in a Department of Justice prosecution against Trump ally Roger Stone, when his tweet expressing displeasure with the recommended 9-year sentence was followed shortly by a new, more lenient recommendation, triggering the resignation of four prosecutors involved in the case.

For Trump, both of these cases carry a subtext of contempt for federal law enforcement and national security agencies: opting to entrust Guiliani, a personal confidante, to lead a purportedly corruption-focussed foreign operation, and publicly expressing displeasure with—and, thereby, arguably pressuring—the DoJ, led by close ally William Barr, over its treatment of another close personal ally. If anything, the impeachment inquiry only deepened the rift between the President and the establishment, elements of which had been actively involved in the inquiries against him.