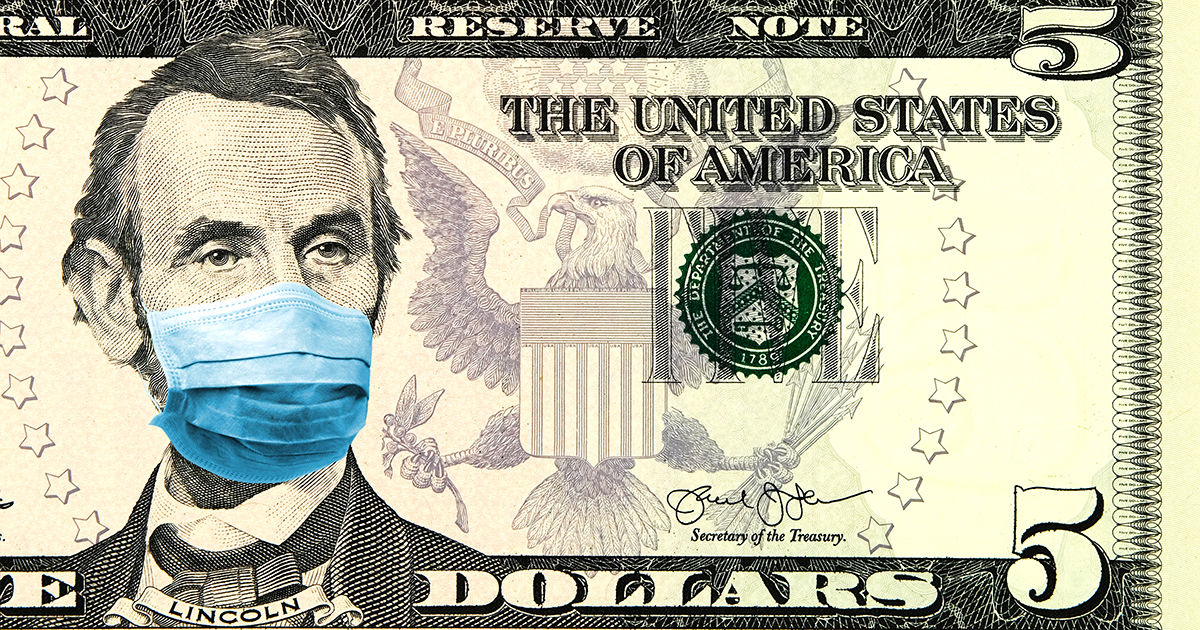 And then Reality Came Knocking

Of all the things written about Coronavirus and what ramifications it may have on public life and politics in the United States, I have come across none that better encapsulates one of the very few already-apparent conclusions of the epidemic than the title of a piece by Rod Dreher on The American Conservative: “The Virus Doesn’t Care About Your Narrative”. Peter Wehner on The Atlantic came close with “can’t spin or tweet his way out of a pandemic” in his piece “The Trump Presidency is Over”. Meanwhile, an article on Politico declared that “The Pandemic Is the End of Trumpism”. The latter two statements, of course, contain a major dose of wishful thinking, but their larger point is indeed a valuable observation on the phenomenon so well articulated by Dreher, and unfolding in front of our eyes: even a paragon of right-wing populism like Donald Trump can be persuaded to publicly and actively embrace inconvenient realities.

First, a few basic facts. As of the writing of this piece, the total number of US COVID-19 cases stands at 122,653, with 2,112 deaths. All 50 states, plus the District of Columbia, Puerto Rico, Guam, and the US Virgin Islands have reported cases – the virus has effectively spread to the entirety of the country. The state of New York stands as by far the most severely affected, with almost 60 thousand cases reported, including 1,126 deaths. Workers are getting laid off en masse, with a record 3 million unemployment claims already recorded just last week. Meanwhile, Trump’s favourite metric for success, the stock market, entered into a nosedive, leaving it at a level below where it opened at his inauguration, erasing the much-touted gains it had made since. 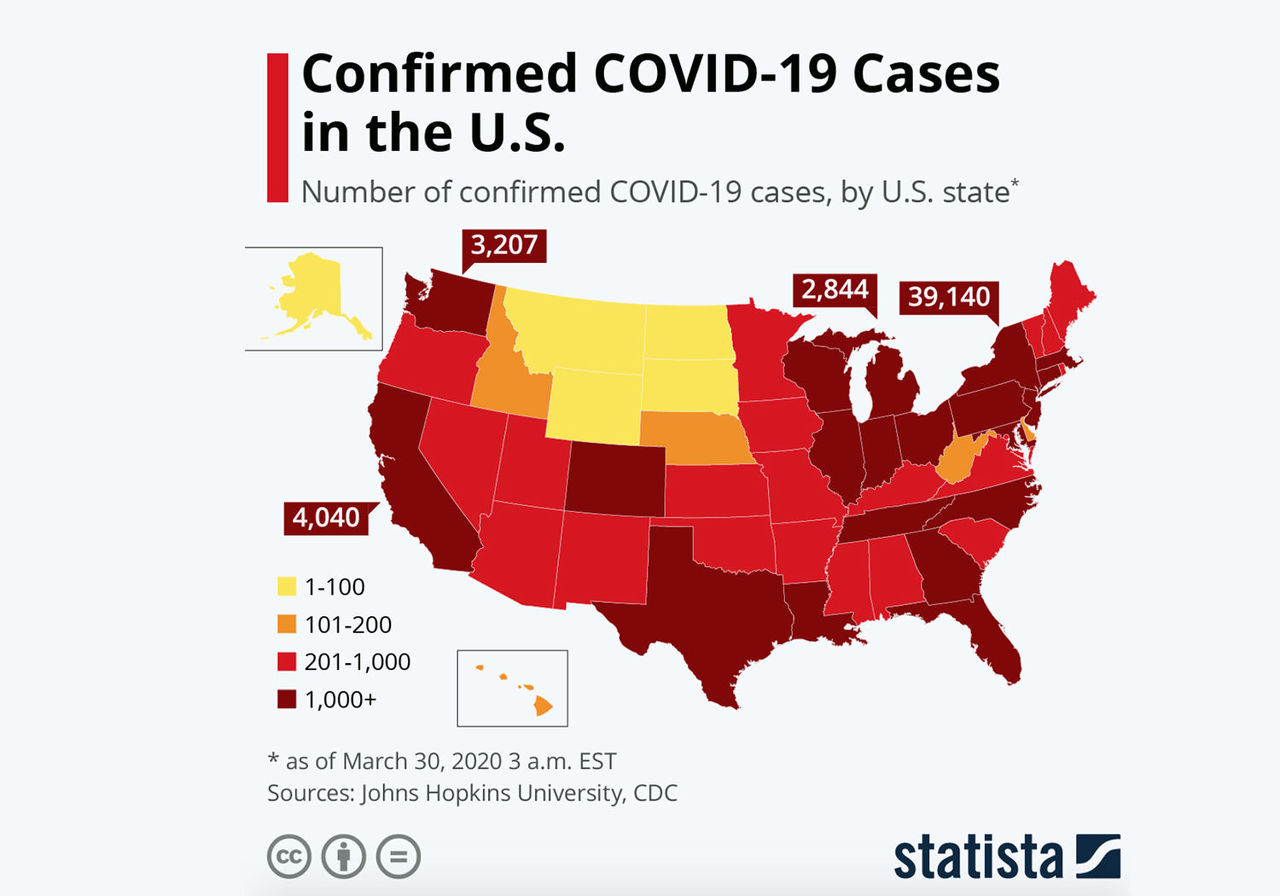 The US Coronavirus situation on 30 March.
Source: statista.com

In light of these numbers, the President’s initial response seems, and was indeed widely panned as, inadequate. Recent reports revealed that the US intelligence community had warned the administration of the seriousness of the virus as early as January, but in spite of these alarms there was little in the way of a federal response save for outward-looking moves such as banning travel from China and, later, Europe—a reflection of Trump’s preference for strong border-control measures. And despite the existence of a playbook for pandemics, written after the 2014 Ebola outbreak, the administration failed to make the necessary preparations to address the looming need for testing kits and personal protective equipment for health workers. Their response to the eventual acceleration of the virus’s spread was similarly insufficient, with too little testing and a late expansion of facilities, resulting in a situation in early March where Dr. Anthony Fauci, director of the National Institute of Allergy and Infectious Diseases, publicly admitted that “The idea of anybody getting [testing] easily, the way people in other countries are doing it, we’re not set up for that. I think it should be, but we’re not.”

Throughout this early phase, a timely and appropriate response to the situation was made more difficult by the way the President chose to discuss the issue in public. Early on Trump consistently downplayed the seriousness of the threat, claiming that COVID-19 was no worse than a common flu, that the mortality rate provided by the World Health Organization was a false number (his source: a “hunch”), that the situation was “contained” and “under control”, and that the issue would “miraculously” disappear one day. He also offered misinformation on specifics such as the availability of testing and an eventual vaccine, and in his Oval Office address contained such many factual errors regarding the travel bans that officials were immediately forced to offer clarifications. And perhaps most notably, he followed the lead of some of his most sycophantic supporters in media in implying that the concern over the virus was a “hoax” of sorts concocted by his political opponents to damage his chances at re-election.

Then the reality simply became too real to ignore, and the administration reacted in part by opening up to some of the proposals of those the President had accused of engineering the alleged hoax—so much so that some progressives began to worry that they were getting outflanked from the left by Trump in an election year. A recently-signed $2-trillion stimulus bill includes a direct, one-time payment to Americans that was called for Democrats and Republicans alike—$1,200 to most people with an annual income of $75,000 or less, plus $500 in certain cases to cover children, which represents perhaps the most notable change from the usual Republican inclination to label such moves as “socialist”. The intervention package also aims to provide businesses small and large with loans to help muffle the economic impact of the outbreak, representing a more direct, big-government approach than Republicans’ traditionally-favored method of tax breaks. For his part, the President has since called on the nation to practice social distancing and, in general, acknowledged the severity of the situation to a much greater degree (albeit only after one of his favorite Fox News pundits urged him to do so).

In the very short term, it even appears to be paying off for Trump politically. As always, the public is strongly divided along partisan lines in how it views his performance, but overall the situation appears to have resulted in a mild version of the “rally ‘round the flag” effect, whereby people unite around their leader to a greater degree during a crisis. A Monmouth poll found that 50 percent of adults believe the President is doing a good job with regard to the virus (versus 45 who say the opposite), while CBS/YouGov’s split was 53 to 47. Meanwhile, according to Gallup, his overall approval rating has seen a notable improvement, from 44 to 49 percent, a trend echoed by a Hill-HarrisX poll, which recorded the highest approval rating for Trump since August 2018: 50 percent. Of course, November is still far away, and as we have seen, popularity in dire times can be a fleeting thing. The lesson here is that communication can only be a substitute for appropriate action for so long, and it is easy to imagine the above story playing out over a much longer period, with regard to an even greater, but similarly downplayed threat, such as climate change.