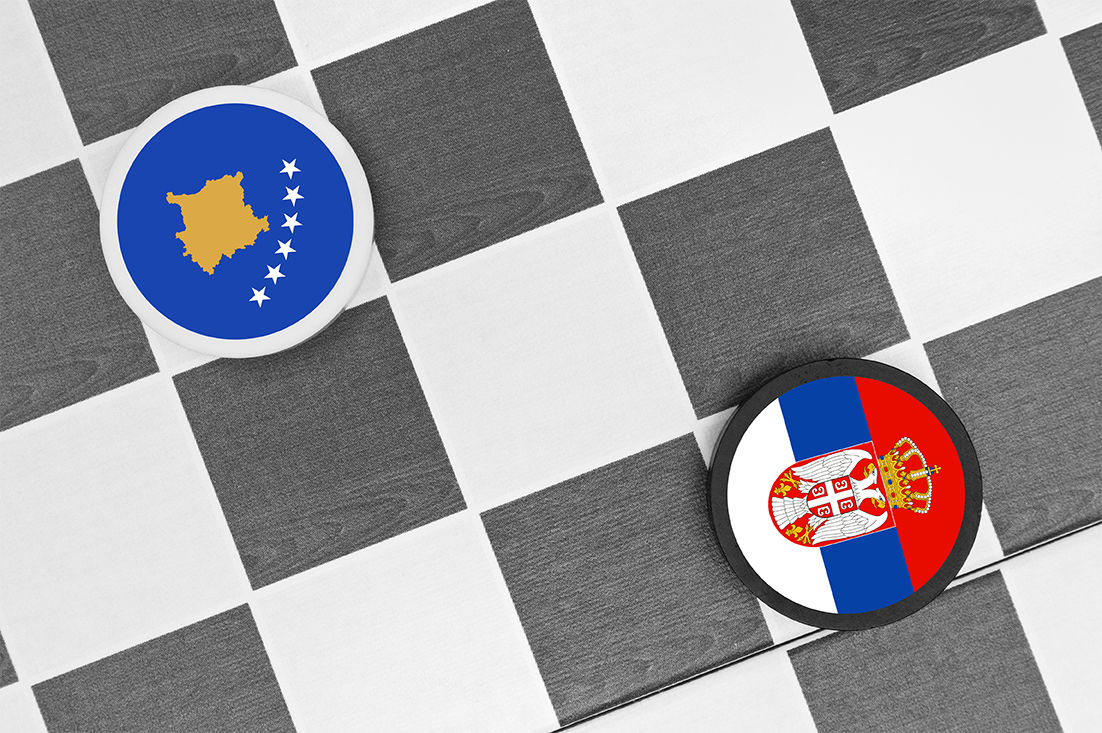 How to Make It a Win-Win for Everyone?

As the Belgrade–Pristina dialogue takes another turn in its more than seven-year history, new questions and issues regarding this delicate topic emerge. In July 2018, after a long pause, officials once again gathered around the negotiating table. In this phase, the Dialogue takes place on a presidential level, with the presidents of Serbia and Kosovo, Aleksandar Vučić and Hashim Thaçi, facilitated by Federica Mogherini, the High Representative of EU. Is the Nobel Peace Prize heading in the Brussels–Belgrade–Pristina troika’s direction? The next meeting is to be held in September, and the stakes are high. 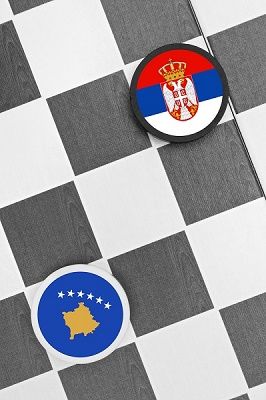 Through the years, the bilateral negotiations have been going somewhat slowly and with long breaks (due to parliamentary elections and other issues), with occasional media headlines in both Serbia and Kosovo but with little concrete results regarding the key questions involved (e.g. the implementation of the Community of Serb Municipalities, which has not yet taken place). The continuation of the dialogue could have an intense twist, due to predictions that a territorial swap could occur. According to this scenario, North Kosovo, mainly populated by Serbs, would be handed over to Belgrade. In exchange, the region surrounding the southern Serbian town of Preševo, called Preševo Valley—mostly populated by Albanians—could be transferred to Kosovo. This idea raises eyebrows on both sides, so in this regard the outcome of the next chapter of the dialogue is still unclear. Hence, this question affects not only the EU integration of both countries but also the stability of the whole region. It is hard to let go of the shadow of the past in the whole Balkans, and the EU plays a crucial role in being the soft power, balancing and facilitating disputes and keeping its position regarding other influencers in the region.

The Newborn Monument in Pristina. It was unveiled on 17 February 2008, when Kosovo formally declared its independence. Every year it is painted differently for the anniversary.
Source: Facebook

So, what is the EU’s viewpoint about territory exchange? At the moment, it seems that they are not supporting it, as according to Angela Merkel, there will be no border changes in Western Balkan countries. “The territorial integrity of the Western Balkan states is inviolable,” Merkel stressed following her meeting in Berlin with Denis Zvizdić, the prime minister of Bosnia and Herzegovina. Aleksandar Vučić responded to Merkel’s statement, saying, „Germany has already demarked us, by recognizing Kosovo’s independence,” and “Merkel had been saying the same thing for ten years.” Vučić concluded that “This [i.e. the dialogue with Pristina] will last longer than many have planned, and you can forget that it will end in two or three months.” Will these predictions come off—with Thaçi opposing the partition of Kosovo or a territory swap but backing up the idea of correcting borders with Serbia—is unclear at the moment.

Where Vučić and Thaçi Fit into Peacemaking

Serbian president Aleksandar Vučić and Kosovar president Hashim Thaçi are the leaders of each party’s negotiation efforts. Despite their diametrically opposed pasts (Vučić began his political career as a minister of information for Slobodan Milošević, whereas Thaçi fought Serbian forces as a member of the Kosovo Liberation Army), now the two men find themselves in strikingly similar circumstances: both face severe domestic opposition to their negotiation efforts but may persevere due to their interest in increased international connection.

President Vučić seems particularly exposed to domestic pressure during these negotiations, since the Kosovo issue is particularly sensitive to Serbian citizens. Even after the end of the Milošević era, Serbian pro-traditionalist actors such as the Serbian Orthodox Church have continued to assert Kosovo’s importance to Serbian identity. The most recent round of negotiations has been accompanied by varied efforts from nationalist parts of Serbian society to prevent an agreement. On the one hand, the Serbian Orthodox Church has proposed changing its name in order to stress a connection with Kosovo. On the other hand, Serbian nationalist group Obraz (which means “cheek” in English) has gone as far as to propose a referendum on whether or not the Serbian government should be banned from making any “legally binding” decision with the Pristina government. As a result, Vučić finds himself under increasing pressure against accepting any deal that would involve a partition of its territory and the recognition of Kosovar independence, as many fear that he will “give away” Kosovo.

However, president Vučić appears willing to make real progress on the issue due to his desire for EU membership. Despite beginning his career as an ardent nationalist, Vučić now sees EU membership as Serbia’s primary political goal and acknowledges that EU membership is impossible until a stable solution is reached on Kosovo. Vučić clearly prioritises EU membership over attempts to reintegrate Kosovo, and this prioritisation means that the president of Serbia has a clear stake in a compromise to resolve the issue (considering that ending the Kosovo crisis is a requirement for Serbian EU accession). This is not to say that EU membership is not a common goal in Serbia, as a majority of Serbian citizens support EU membership. Rather, it means that despite domestic pressure against a necessary component of Serbian EU accession, there is hope that Aleksandar Vučić will be able to commit Serbia to a lasting solution of the political conflict.

President Thaçi has come under similar pressure within the Kosovar political sphere regarding the current negotiations. For one, domestic critics argue that any deals changing Kosovo’s borders will weaken Kosovo’s prospects of gaining recognition from the states that have refused to recognise Kosovo, as border adjustment would break the political taboo of adjusting borders in Europe. Others worry about political and security destabilisation resulting from the division of the region along purely ethnic lines.

However, Thaçi shares Vučić’s commitment to the cause of resolving the issue, albeit with seemingly different reasoning. Whereas a resolution to the Kosovo question would allow Vučić to ingratiate himself to the EU in particular, for Thaçi, a resolution first and foremost means a major step towards the full integration of Kosovo into the international community. While eventual EU membership is desired, the more immediate wish is the increased international recognition of Kosovo, as dozens of countries continue not to acknowledge it (including key Serbian ally Russia and EU members Spain, Slovakia, Greece, Romania, and Cypress). However, the most important political objective is recognition from Serbia itself, as can be noticed in Thaçi’s rhetoric. Serbia’s claim to Kosovo is an existential threat to Kosovar sovereignty, and Thaçi understands that Kosovo cannot become a true member of the international community until it solidifies its right to exist. And this is impossible until the most biting claim against Kosovar sovereignty, Serbia’s claims to Kosovar territory, are ended.

In September, all eyes are on Brussels, Belgrade, and Pristina

The continuation of the Dialogue in September is closely anticipated and speculated not only in Serbia and Kosovo but in the EU as well. The US and Russia have been noticeably absent throughout this process, but this may change in the near future. American analyst Dan Serwer, a professor at the Johns Hopkins University, supported Merkel’s viewpoint regarding the partition plans and expressed his hopes that the USA will follow Berlin’s example and say a “clear and unquestionable—no.” Most recently U.S. National Security Adviser John Bolton stated that the United States is open to an exchange of territory between Kosovo and Serbia as part of a deal to normalize relations between the two former wartime foes. “Our policy, the U.S. policy, is that if the two parties can work it out between themselves and reach agreement, we don’t exclude territorial adjustments. It’s really not for us to say,” Bolton added. Maria Zakharova, spokesperson for the Russian Foreign Ministry, stated that regarding Kosovo, Russia will accept any solution that is acceptable for the people of Serbia. But the question is what is useful and what will be useful for Serbia, Zaharova added. Should the negotiators reach a solution, there is an additional positive prospect: a possible spot on the Nobel Peace Prize shortlist. The information is still only speculation, and some media sources view it as a good marketing for Thaci’s freshly released biography written by The Times’ diplomatic editors. A marketing move or not, hopefully the Nobel Prize nomination will act as wind under the wings of the Brussels–Belgrade–Pristina troika to agree on concrete solutions regarding the Kosovo issue.