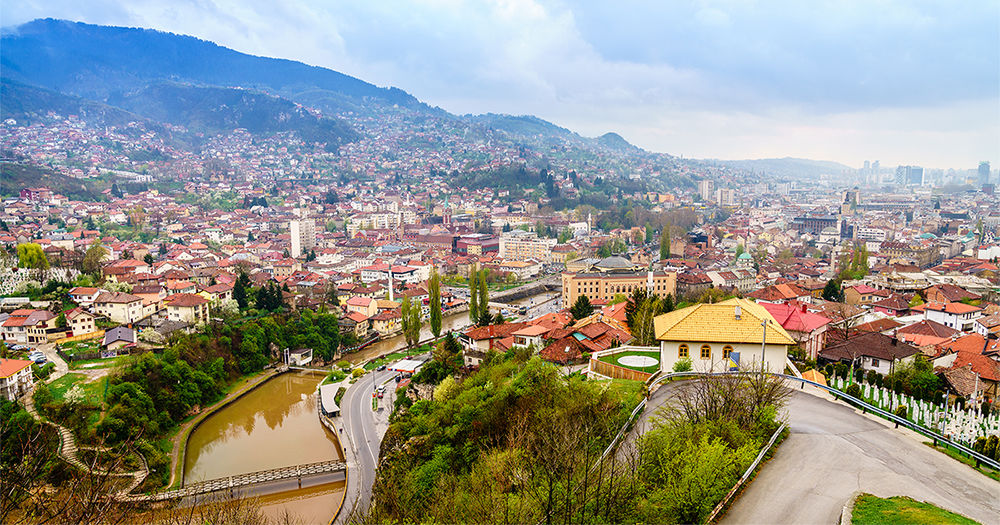 The challenges of a tripartite system

On 7 October, general elections will be held in Bosnia and Herzegovina, where some 3,3 million registered voters will elect the national Presidency and House of Representatives, as well as the Presidents and legislatures of the two entities: Federation of Bosnia and Herzegovina, and Republika Srpska. The country entered its official pre-election campaign period on 7 September, but there are some issues that remain unresolved. Ethnic politics also play a crucial role in the whole process, hence other political influences from Serbia, Russia, USA and Turkey can also have an impact on the elections and the three ethnic groups living in the country. 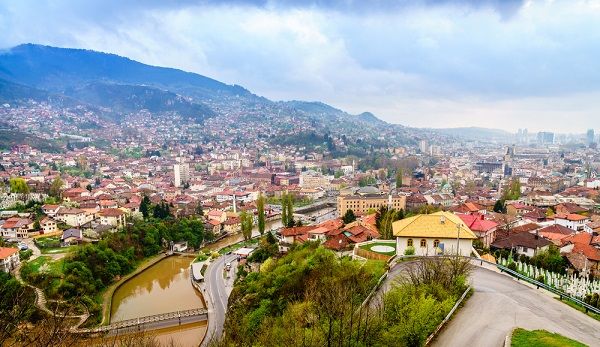 Sarajevo, the capital city of Bosnia and Herzegovina with a turbulent past: in 1914 this is the place where Archduke Franz Ferdinand of Austria was assassinated, in 1984 – only a few years before the beginning of the Yugoslav wars – the Winter Olympics game were held here, and during the above mentioned war Sarajevo was under an almost four-year long lasting siege. Home of three autochthonous constituent nations – Bosniaks, Serbs and Croats – Bosnia and Herzegovina came a long way from a war-torn country to a potential candidate for membership to the European Union and has been a candidate for NATO since 2010. The Bosnian War began in 1992 and ended with the Dayton Peace Agreement signed on 21 November 1995. The Agreement has a great impact on both social and political life of the country, hence the current Constitution of Bosnia and Herzegovina is defined in its Annex 4. According to it, the country consists of two Entities, the Federation of Bosnia and Herzegovina – with Bosniaks and Croats as majority population – and the Republika Srpska – mostly populated by Serbs. The Parliamentary Assembly is defined by the Dayton as well, taking into consideration all three nations living in the country. It consists of two chambers: the House of Peoples, comprised of 15 delegates, two-thirds from the Federation (including five Croats and five Bosniaks) and one-third from the Republika Srpska (five Serbs); the House of Representatives, comprised of 42 members, two-thirds elected from the territory of the Federation, one-third from the territory of the Republika Srpska. Moreover, according to Article V of the Constitution, the Presidency of Bosnia and Herzegovina consists of three members: one Bosniak and one Croat elected from the Federation, and one Serb elected from the Republika Srpska. Together, they serve one four-year term.

As we can conclude from the complicated articles of the Dayton, equal balancing between the entities plays a crucial role in Bosnian Constitution and political life. However, this tripartite system often leads to ethnically charged politics and economic stagnation, whilst the parties cannot find a common voice, producing a deadlock in decision making. On its EU path, among other issues, Bosnia and Herzegovina has to make an amendment on its Constitution, which will enable members of minorities to be elected to the Presidency of Bosnia and Herzegovina and to gain seats in the House of Peoples. The next elections in the country are approaching and this and many other issues remain unsolved, while politicians are giving various messages in their political campaigns. 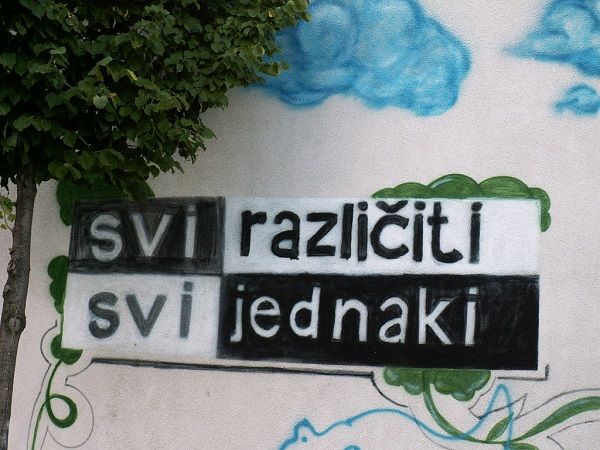 As the election draws closer, the effects of intervention by several foreign actors become increasingly prominent through the way they pull the Bosnian political system in different directions. The key players to consider here are Serbia, Russia, Turkey, and, in a roundabout way, the United States.

Russia also appears to be throwing its weight behind the Dodik campaign. Despite Western concerns that Russia could continue its recent pattern of election meddling, so far there have been no allegations of the sweeping propaganda campaigns alleged to have occurred in the United States, Macedonia, and other countries. However, in a recent visit Russian foreign minister Sergey Lavrov, despite denying overt meddling, appeared to make a show of highlighting Russian solidarity with Serb identity. In addition to holding a joint press conference with Dodik, Lavrov made a point of stopping at the construction site of a Russian/Serb Orthodox Church. Given the fact that the Orthodox faith remains a key trait showing difference of identity between ethnic Serbs and the other Bosnian ethnicities, such an act so soon before the election seemed to be stoking the flames of Slavic (and by extension Serbian) nationalist sentiments. Such sentiments would lead voters to side with the more ethnically minded candidate Dodik, and the strategic reason for this partnership makes sense: Dodik has in the past cast doubt on Bosnian desires to move towards EU membership, and Russia has recently been accused of sowing chaos in the Macedonia name referendum as a means of keeping Balkan countries within its sphere of influence. Support for Dodik therefore implies Russia’s desire to keep Bosnia from moving too quickly towards the EU. 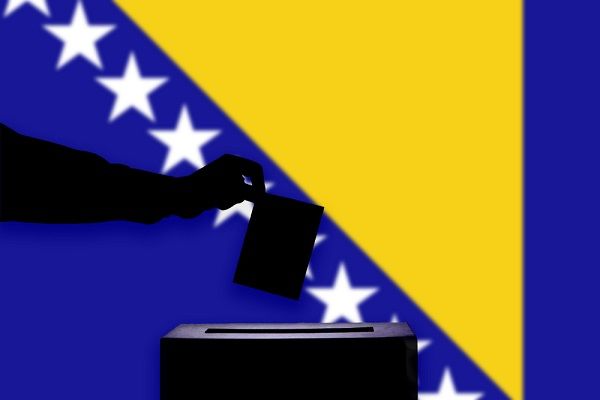 It is difficult to tell in which direction the upcoming general elections will take the country.
Source: Shutterstock

Turkey’s influence has had a similar effect, but for a different demographic: Bosnia’s Muslim population. Recently the Turkish government, and specifically Turkish president Recep Erdoğan, have undertaken extraordinary efforts to appeal to Bosnians largely through shared religious identity. Erdoğan has taken many steps to cultivate popular support in Bosnia, including the financing of NGO’s and infrastructure projects. It may therefore be unsurprising that Erdoğan currently enjoys a 76% approval rating among Bosnians, and less surprising that Bosniak member of the tripartite Presidency – and the current Chairman of the Presidency of Bosnia and Herzegovina – Bakir Izetbegović approved and participated in an Erdoğan-led rally in Sarajevo this May. Possibly as an attempt to capitalize on Erdoğan’s popularity and to aid his own party before the election, Izetbegović went as far as to introduce Erdoğan as the man sent to Bosnia “to return [the Bosnian people] to their religion.” Religiosity and democracy are not opposing forces, but what appears to be the case here is the creation of Erdoğan as a representative of the Ottoman legacy of Balkan Islam, and Izetbegović’s positioning of himself so close to Erdoğan allows Izetbegović to draw upon support for this ideal.

The United States’ involvement is perhaps most interesting, as it appears to be entirely unintentional. Dodik has in recent days accused the United States (and more recently Great Britain) of undertaking a sweeping campaign aimed at electoral disruption and political destabilization, alleging financing aimed at disruption and members of the American Embassy threatening Bosnian individuals. This accomplishes several goals: firstly, by establishing the image of a meddling foreign body Dodik justifies his desire to join the presidency upon the grounds of being a strong leader willing to protect his nation from foreign interference. Secondly, this presents an opportunity for Dodik to move his electorate closer to Serbia, as Dodik thanked Vučić for assisting in the uncovering of this plot (Vučić claims to have evidence of this interference that he will divulge following the elections.)

Considering all of this, it appears unlikely that the coming elections will result in increased Bosnian stability. Bosnian candidates have largely ignored Constitutional reform as a campaign issue, all but guaranteeing perpetual constitutional crisis. To make matters worse, there is growing support for the creation of a third, Croat-majority entity which brings further instability in the already strained political relationships. After months of tension, it is unclear where the chips will fall on 7 October.