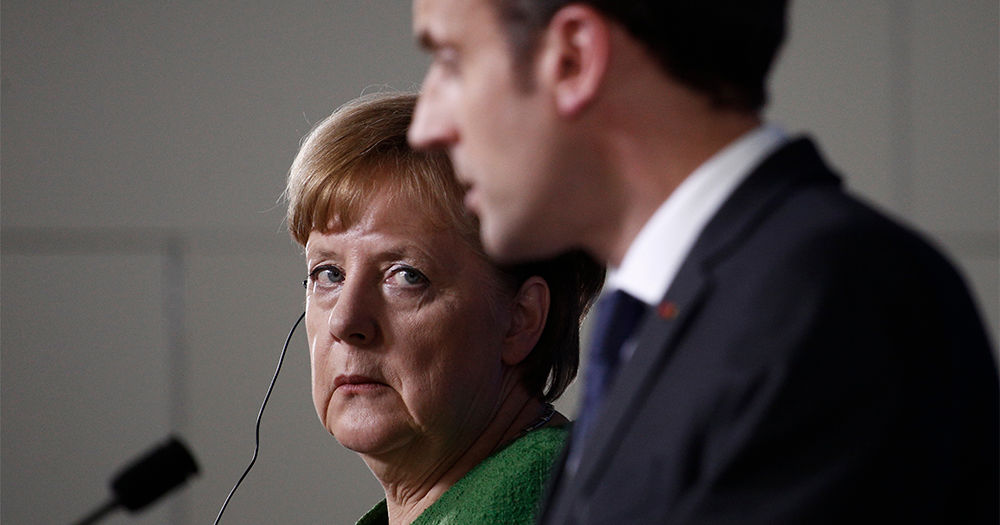 French President Emmanuel Macron received the International Charlemagne Prize of Aachen on the 10th of May 2018. The prize honours people who performed exceptional work in the service of European unity. Macron received this prize after he spent one single year in office, which was rather about speeches than acts. Did the youngest French president deserve this award?

The prize is named after Charlemagne, or Charles the Great, King of the Franks who ruled between 768 and 814. During his reign, Charlemagne united the German tribes and converted them to Christianity. Many think of him as the father of Germany and France, but some also consider him to be the founder of Europe. The emperor resided in the German city of Aachen (in French Aix-la-Chapelle), where he is also buried. In 1950, the first Charlemagne Prize was given to Count Richard von Coudenhove-Kalergi, the initiator of the Pan-European idea. The first time when the prize was awarded to a European institution was in 1969, when the European Commission received it. Simone Veil was the first woman to get the award in 1981 and a year later, King Juan Carlos of Spain was the first laureate from a European royal family. 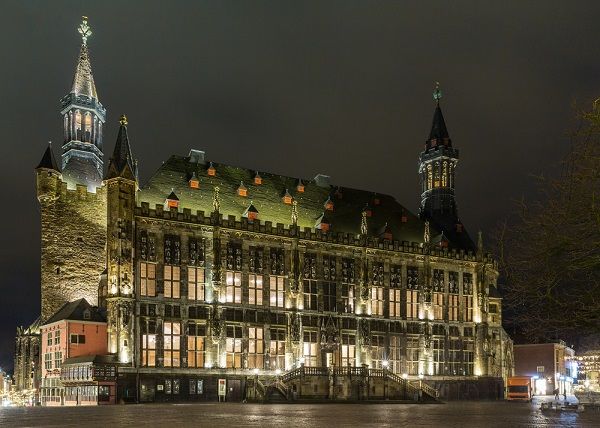 The Town Hall of Aachen, where the Charlemagne prize is awarded every year.
Source: Shutterstock

But let us get back to the latest laureate: Emmanuel Macron has been the president of the French Republic for one year and is only the second sitting president to receive the prize (François Mitterrand received the prize in 1988 together with Helmut Kohl). It seems that one year was enough for Macron to gain this respectable prize after such statesmen as Konrad Adenauer, Robert Schuman, Winston Churchill or Jacques Delors. They achieved such successes as conciliating two of the biggest countries in Europe, establishing the first supranational organization in the world, the European Coal and Steel Community, inciting the creation of the Council of Europe, and carrying out of important groundwork as the president of the European Commission to lay the ground for the single market. Of course this does not imply that Macron would not be a true statesman, however, the time on which this decision was based on, which was mostly dominated by speeches of his vision rather than acts, seems to be too short. But let us take a closer look at what the French President has done during his first year in office, on the basis of which he earned this recognition, while his opinion polls fell to 40% in March at home.

According to the official assessment, Macron was chosen because he impressed the prize committee with his “vision of a new Europe and the re-establishment of the European project”. In their argumentation, they call the French Leader “a head of state with a claim to European leadership”. In his speeches, Macron has often talked about his plans to change Europe, among others at the Sorbonne University in September, and also recently in Athens and at the European Parliament. To mention some of his most significant ideas, he wishes to create the post of the European finance minister (EU-FM), to establish a more integrated Eurozone with its own budget and to institute a body tasked with overseeing bloc-wide economic policies. In his speech at the ceremony, Macron highlighted the importance of acting together on the EU level, and showing more strength to the outside world. He believes that we need to do everything for Europe to become stronger, more united, more sovereign and more democratic.

Is this not the tendency we see concerning France? Would Europe be too large of a challenge for Macron? His two predecessors also had record low numbers in opinion polls after the “honeymoon” period. We knew in advance that with the liberalization of the labour code, just to mention one of his reform plans, Macron will not be popular. To be honest, for him this is not a short term race, but a marathon. In today’s political atmosphere, Macron would still win the presidential elections. His party, La Republique en Marche is more coherent than ever. Macron has also managed to rebuild the prestige of French foreign policy, which was so missed by French citizens in the case of his predecessor. He fills the voids left by Donald Trump and Theresa May – not forgetting Angela Merkel’s disappearance of the international stage, because of the German government crisis – such as the phone call to Vladimir Putin before the strikes on Syria and to the Turkish president Recep Tayyip Erdoğan afterwards. But it can also be said that Macron failed to bring change in fields such as the joint military “rapid reaction force” or the introduction of an EU-tax on the revenues of tech giants. However, it is also true that his election bolstered an effect that led to the strengthening of the Euro. 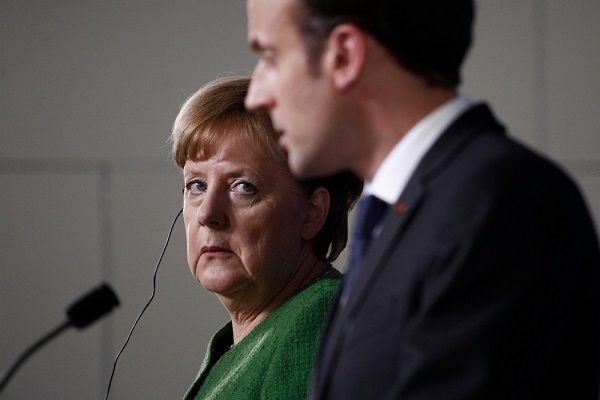 23rd March 2018 – the German Chancellor and the French President at a joint press conference at the Summit of European Union leaders.
Source: Shutterstock

It must be mentioned here that Macron expects Germany to cooperate with France in the implementation of the proposed reforms. However, the partnership with Germany is a rather shaky one. Angela Merkel, who herself received the Charlemagne Prize in 2008, held the other speech at the awarding ceremony, in which she had had the chance to accentuate the German willingness to contribute to Macron’s plans, but this did not happen. Although it was emphasised again that the French and German points of view accord in such topics as migration, defence and security, the main message was that their views differ in economic and financial questions. Merkel refuses to support steps that could be interpreted as Germany undertaking bigger commitments for the problems of other Eurozone countries. Furthermore, Merkel might listen to that handful of EU countries opposing Macron’s far-reaching reform ideas. Merkel’s party, the Christian Democratic Union is divided on Macron’s proposal and their coalition partner, the Social Democratic Party is too weak to actively support the French President’s ideas. In the meantime, 82% of Germans liked Macron’s speech at the ceremony and 58% wish to see more impulsive tendencies in the European Union. After all this, it is understandable that the French rather lay emphasis on areas such as immigration, defence and security, or on the support towards the European unity and the EU’s ability to respond to all kinds of global challenges. However, Macron appears to keep up with his ambitions to reform Europe, even if the Germans seem to be supporting it only half-heartedly. It may be supported by the fact that it became clear for both leaders in the light of Brexit and the changes in U.S. foreign policy approaches that Europe needs to take matters into its own hands. Merkel and Macron have agreed that both countries will prepare roadmaps ahead of the European Summit in June.

All in all, it seems that the prize committee rewarded Macron’s commitment and enthusiasm, and may wished to stimulate the French President (or the German Chancellor) to follow, share and implement his visions for Europe’s future even more tirelessly. Another possible explanation could be that – in a Europe struggling with Brexit and populist parties – there are just a few politicians left who fight for European values. He may also receive the Charlemagne Prize as a consolation for his failed cooperation initiatives with Germany – but it is a less likely scenario. Anyhow, there was a French person who received the Charlemagne prize after being the President of the European Coal and Steel Community for a year, who managed to fulfil all expectations as a laureate: he was none other than Jean Monnet.