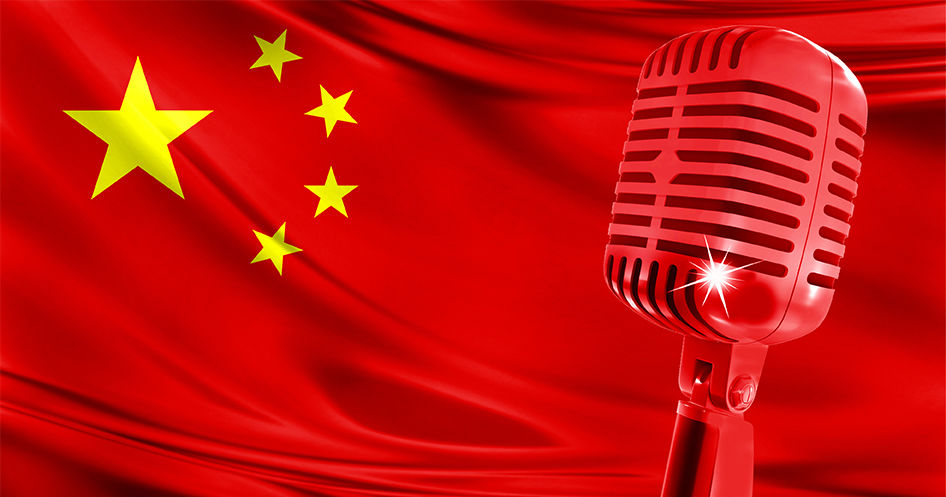 The (Long) Road to Worldwide Recognition

Over the past decade, China has finally joined the ranks of the world’s leading economies—since 2014, it has been number one in the world in terms of purchasing power parity, ahead of the United States. In accumulated statistics and rankings, the country is now becoming one of the leading global powers in terms of military strength and has now the largest naval fleet, which seems to be extremely important given the geostrategic nature of territorial disputes in the South China Sea. Taken together, these factors significantly enhance the East Asian country’s ability to assert its diplomatic interests. In addition to the development of hard power, however, the expansion of cultural influence is also an essential prerequisite for becoming a great power. In this, China has traditionally excelled since historical times. This article reveals whether or not contemporary popular music in the world’s most populous country can contribute to the further worldwide spread of Chinese culture and how the current domestic regulatory environment and industry-specific global trends influence these efforts.

The Mandarin language and traditional Chinese culture enjoy unbroken popularity around the world, largely due to their historical roots and their very exotic character compared to Western public taste. They have always been indispensable instruments of China’s established practice of increasing the country’s international influence by expanding its soft power. This approach is particularly important today, as the excessive use of hard power has become risky and highly expensive, mainly due to the rules-based nature of the increasingly multipolar international system. For example, in order to increase the attractiveness of the East Asian country, China’s political leadership initiated the establishment of the first Confucius Institutes in 2004. Five years later, a cultural project called “China Classics International” was also launched for this purpose under the framework of the “Going Global” policy. Thus, well-functioning institutions for the international promotion of traditional Chinese culture have been established in the meantime, which can be successful within certain limits. By comparison, contemporary culture, and Chinese popular music, in particular, is clearly lagging behind in this respect, and it is questionable whether conditions are favourable enough to foster it as an instrument for improving soft power capacity.

The Chinese popular music market is extremely large and promises many opportunities, but, at the same time, there are challenges to be solved. The London-based organisation that represents the interests of the music industry worldwide, the International Federation of the Phonographic Industry (IFPI), produces annual reports on, among other things, the total retail value of music sales by the form of sale and country. According to these reports, over the past fifteen years, the Chinese music market has elevated from the weak middle position to the top of the world based on the parameters studied in international comparisons. Conspicuously, the rise of the East Asian country’s music industry has been in line, on the one hand, with the decline of physical recorded and, on the other hand, with the spread of digital music sales since the first half of the 2010s. The stable growth of the seventh-ranked Chinese market in recent years continues to be driven primarily by the unwavering popularity of digital sales, especially music-streaming services. However, it is important to emphasise that the upward trends are mainly due to the size of the country and its population. It becomes even more evident if we take a closer look at the per-capita recorded music revenue of the East Asian country, which is reported to be about USD  0.2, according to 2019 data. That is about a hundred times lower than the values of developed markets like the one of the US, the main stronghold of pop culture. So, for now, the Chinese popular music market is based essentially on extensive growth. 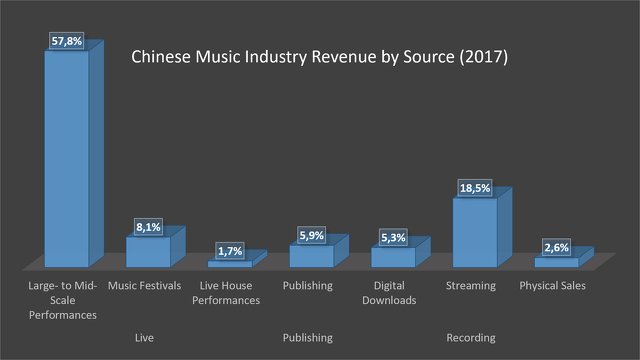 The Chinese music industry in numbers: Of the category of live music events that generate the most revenue, live house performances, traditionally less popular in Asian countries, are also of minor importance in China. In contrast, streaming services play a significant role in the expansion of the Chinese music market.
Source: Soundcharts Blog

In order to develop the popular music industry and move it towards intensive growth, it is essential to create appropriate financial and intellectual conditions that in turn would provide a predictable environment and optimal conditions for performers. All of this is key to encourage the emergence of an internationally competitive Chinese artwork branch. However, unlike countries with a decades-long tradition of supporting and regulating the music industry, the Chinese state has only recently begun to focus on promoting the cultural and creative sectors. Initially, the Chinese state attempted to boost the music industry with large-scale infrastructure projects designed to create music events and cultural facilities. According to China Music Industry Promotion Committee (MIPC), by 2016, thirteen “national music industrial parks” had been established in China’s four largest music industrial hubs: Beijing, Shanghai, and Sichuan and Guangdong provinces. These parks offer, for example, tax breaks, lower rents, and various benefits to thousands of professional music enterprises. Among the industrial parks with different focuses, China Music Valley near Beijing, which specialises mainly in innovative instrument production and music education, and Shenzhen Digital Music Industry Park, which focuses on developing the digital music industry, stand out. However, the ambitious efforts are overshadowed by the fact that, according to many, the operational methods of these money-devouring industrial parks tend to benefit the companies rather than the musicians. 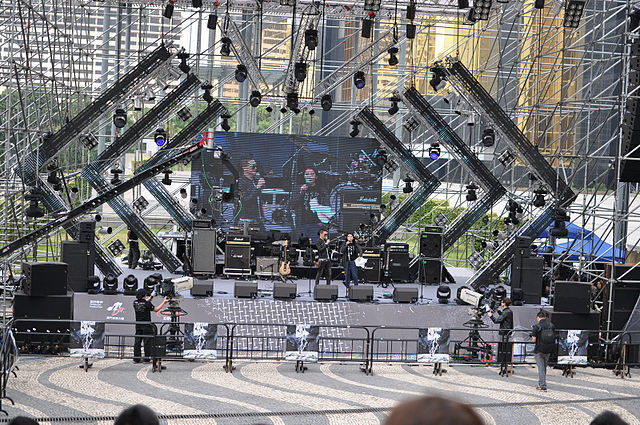 The Hush!! Full Band Festival was launched in Macau in the mid-2000s. In addition to invited foreign artists, the free music event sponsored by the Chinese government focuses primarily on pop rock and hard rock bands from Macau.
Source: Max-Leonhard von Schaper/Wikimedia Commons. Licensed under CC-BY-SA-3.0

The complete lack of comprehensive legislation, especially in the area of public performance and broadcasting rights, has long been an insurmountable obstacle to the development of the Chinese music industry. In mainland China, performers in the well-regulated music markets of Hong Kong and Taiwan have enjoyed enormous success for decades, facing little competition from unmotivated Chinese artists due to the uncertain legal environment. As a result of the IFPI’s long-standing efforts, last year, the Chinese government finally succeeded in providing an adequate legal framework for strict copyright enforcement from 1 June 2021. All this is expected to increase the activity of Chinese musicians, as in such a system the conditions are becoming more encouraging for monetising their intellectual production. Moreover, the revenue will allow rights holders to reinvest in the music market and thereby triggering the natural self-sustaining mechanism of the industry. Another step towards the protection of music rights was the establishment of the Music Industry Legal Professional Committee last year. The body, which deals with the legal and business aspects of the music industry, includes representatives from international music companies such as Universal Music Group and Warner Music Group, as well as major Chinese streaming providers like Tencent Music Entertainment (TME), NetEase, and Baidu.

The combination of a lack of intellectual property protection and the uncontrolled opportunities that the limited internet access could still provide meant that the Chinese music industry had to deal with piracy until the early 2010s. Developing a commercial model has become increasingly important for the dynamically growing market. In this environment, giant music streaming companies such as TME and Alibaba Group began to operate. The range of competing services has grown steadily and besides QQ Music and Xiami Music, new platforms soon entered the market. Companies and streaming providers like KuGou and KuWo, now also owned by TME, and NetEase Cloud Music, which signed a licensing agreement with Universal last summer, appeared in this market segment. Although Alibaba has just announced the closure of the more than decade-old Xiami as part of operational adjustments, the emerging competitive environment has raised the level of the quality of the Chinese music market as well as its international position in streaming services. While in 2011, illegal music consumption accounted for 99% of the digital music industry, in 2018 it was the opposite, with 96% of Chinese consumers listening to licensed music. This is largely due to the combined effect of incredible technological developments and the efforts of the Chinese government. As the internet, smartphones, and mobile payments became easily accessible options for broad segments of society, and while attempts to curb illegal music sharing with increasingly strict laws started to show their effects, piracy was no longer worth it. 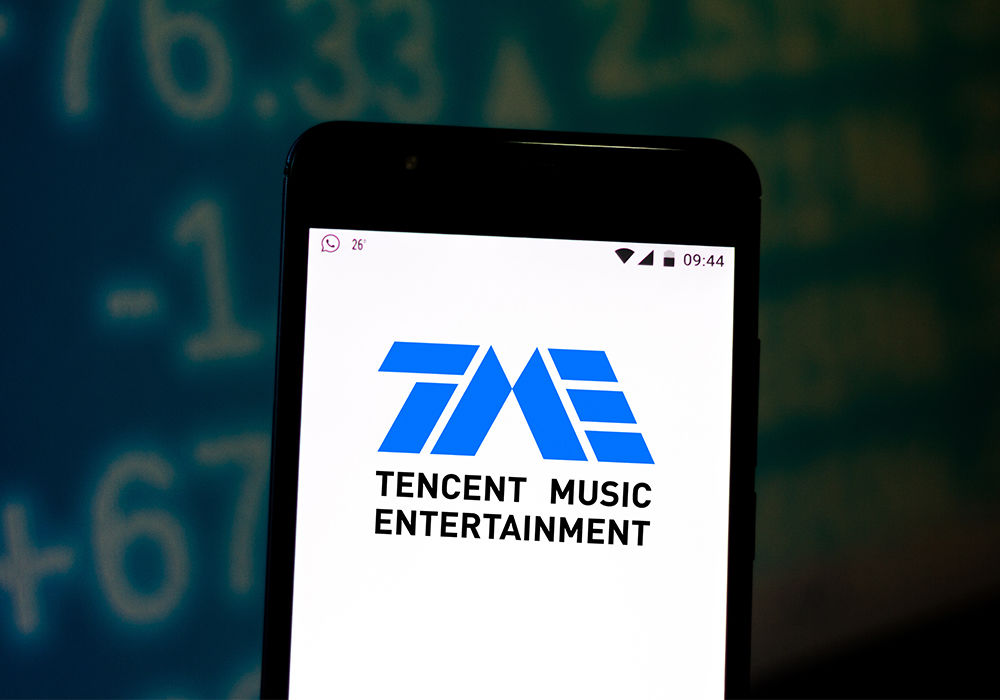 The government’s vision of making Beijing, famous for its indie scene, an “international music capital” by 2025 is also boosting the global expansion of China’s popular music industry. Chengdu, the main centre of Chinese rap, would also have the same goals as Beijing. However, to ensure these ambitious plans to come to fruition, the provision of smaller venues for live music would also be essential, while the further promotion of the digital music industry, combined with better copyright protection needs to be increased as well. After all, due to increasingly favourable conditions, world fame is finally an achievable goal for Chinese musicians too. The IFPI’s 2021 study, titled “Global Music Report,” devoted a separate case study to Chen Linong, a newcomer to the increasingly popular C-pop genre. Born in Taiwan but becoming successful in mainland China, the singer is now seeking to achieve international fame after working with his record label Universal Music China. It is thus by no means inconceivable that Chinese popular music, as a potentially effective soft power, will become mainstream in global markets and hence will be able to go beyond serving the needs of the ubiquitous Chinese diaspora. However, extremely strict state censorship remains a major obstacle. Citing the “core values and morals” of the Communist Party of China, tattooed artists or hip-hop musicians, like politically sensitive works, are given less space to perform. From the industry’s point of view, the ban on performances by Western artists such as Lady Gaga, Katy Perry and Justin Bieber is also a serious disadvantage.

In Focus: China at the Dawn of the New Era