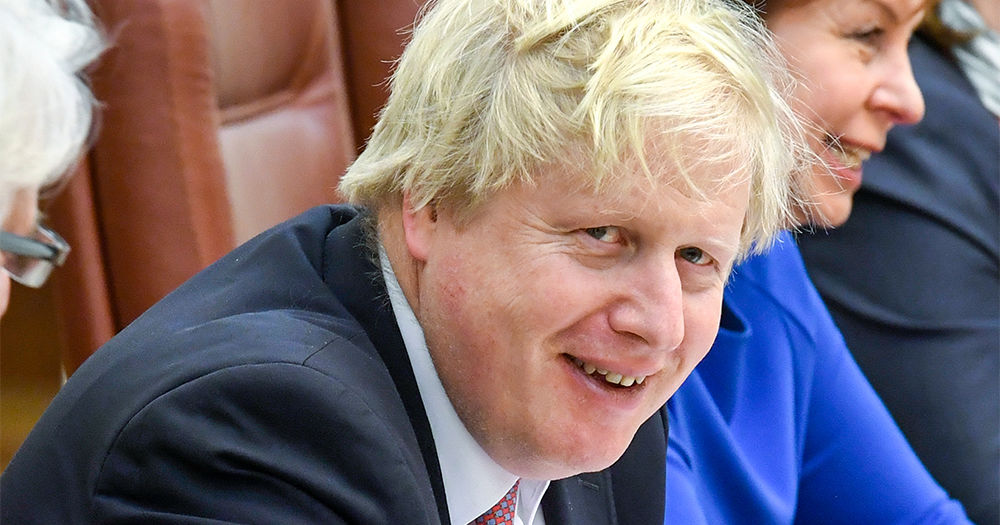 Could Boris Johnson’s Brexit Be the Beginning of the End for the United Kingdom?

During the Tory leadership campaign, Johnson repeatedly demanded that the withdrawal agreement must be rewritten and the backstop abandoned. A no-deal will not only have a disruptive effect on the whole British economy but put the United Kingdom in a major political crisis which could tear the whole union apart. Though Johnson dubbed himself “minister for the union,” it is very likely that under his premiership—and following a no-deal Brexit—the United Kingdom will not look the same anymore, and the secessionist aspirations of Scotland, Northern Ireland, and, in a certain way, of Wales, will increase.

Last 22 July, Boris Johnson’s era officially started. The eccentric former Mayor of London was chosen by the Conservative electorate as the party’s new leader and automatically became the new occupant of 10 Downing Street, following the vacuum left by May’s resignation. Nevertheless, Johnson’s appointment as prime minister raised the question of legitimacy all across the country, given the fact that the choice was left only to the Conservative Party’s members, who amount to only 114,000 people, representing a mere 0.2 % of the whole population of the United Kingdom. As a consequence, protests started in London, where demonstrators also accused Johnson of being racist, sexist, homophobic, and unrepresentative of the interests of the nation. During his career, the new Prime Minister has indeed been the butt of many unhappy remarks, which earned him a reputation. However, what British people are really worried about is Johnson’s capacity to deal with the current Brexit chaos. 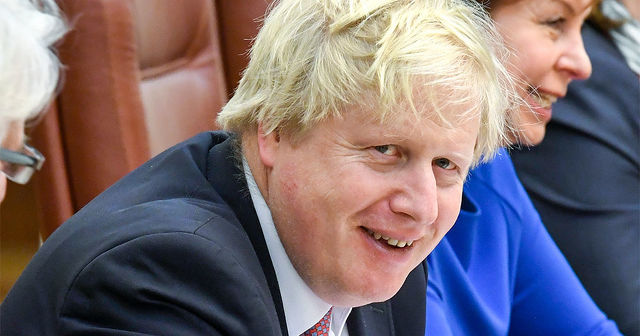 During the Tory leadership campaign, Johnson repeatedly demanded that the withdrawal agreement must be rewritten and the “undemocratic” backstop abandoned. So far, the new Prime Minister have found adamant opposition from Brussels to renegotiate the deal, as eurocrats affirm that it is the best and only possible way out for the United Kingdom. Therefore, if Johnson’s rhetoric proves to be not only rhetoric, and the Prime Minister refuses the compromise offered by the EU, there will be no other course than a no-deal.

Even though Johnson suggested on many occasions that a hard Brexit is not his first option, telling reporters: “We are not aiming for a no-deal Brexit at all,” the decision to form a cabinet including the most intransigent Tories and removing those more favourable to May’s agreement is perplexing. A no-deal could be fatal to British interest, and, although the majority of MPs in Westminster—including many Tories—is against such an outcome, if no agreements are reached before the end of the extension period, a hard Brexit is the default option. Simply put, in case the government eventually decides to strike out of the EU without a deal on 31 October, there is nothing that can be done to stop it.

A no-deal will not only have a disruptive effect on the whole of the British economy but force the United Kingdom to face a major political crisis which could tear the whole union apart. Though Johnson dubbed himself “minister for the union,” it is very likely that under his premiership—and following a no-deal Brexit—the United Kingdom will not look the same anymore, and the secessionist aspirations of Scotland, Northern Ireland, and, in a certain way, of Wales will be reinforced. As many have already argued, Johnson could probably be the last Prime Minister of the United Kingdom.

The suspect came after the newly appointed Premier visited Scotland last Monday. The welcome Johnson received by Scottish people was not what he had expected, and, ahead of a meeting with First Minister Nicola Sturgeon, the blonde Tory leader was booed by the crowds gathered outside Holyrood. That Sturgeon disliked Johnson is nothing new, but the new Prime Minister also received a cold reception from the Scottish Conservative leader Ruth Davidson, who positioned himself against a no-deal Brexit and did not hide his concerns about Johnson’s strategy to leave the EU and the implications such a move will have for Scotland. In fact, it is very likely that a chaotic Brexit will be seized by the Scottish National Party to reopen the debate over a new independence referendum. Back in 2014, Scotland voted against gaining independence from the UK—however, that was before Brexit and the UK’s decision to leave the European Union. 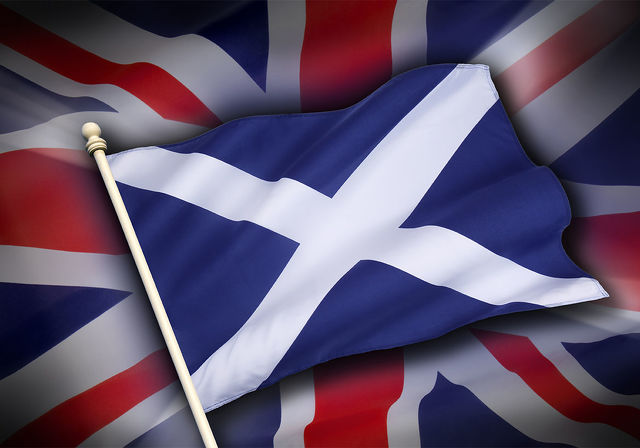 FOT: A second Scottish referendum is likely to be called after a no-deal Brexit
Source: Shutterstock

Anxieties for the future of the United Kingdom also come from the once Brexit enthusiast Wales. Welsh First Minister Mark Drakeford made “emphatically clear” that a no-deal Brexit would be “catastrophic” and cause “profound damage not only to agriculture but also to rural life as a whole.” Moreover, Drakeford urged the Prime Minister to change course, flagging up that “the United Kingdom is more at risk today than at any time in my political lifetime.” But, politically speaking, the biggest threat to the existence of the United Kingdom comes from Northern Ireland.

Even before his appointment, Johnson promised to remove the backstop from any withdrawal agreement. Without the backstop, there would be a hard border and customs checks between Northern Ireland and the Republic, which would be extremely disruptive—economically, politically, and socially. Anyway, talking by phone with Taoiseach Leo Varadkar, Johnson insisted that the backstop must be absolutely abolished if there is to be a smooth exit from the EU. On the other hand, Varadkar made clear that the Brexit withdrawal agreement could not be reopened, and that only “satisfactory” alternative arrangements could replace the backstop in the future. But, most of all, the Taoiseach asked Johnson to remain committed—like his predecessors—to the Good Friday Agreement, the protection of the peace in Northern Ireland, and the restoration of the Northern Irish Assembly. 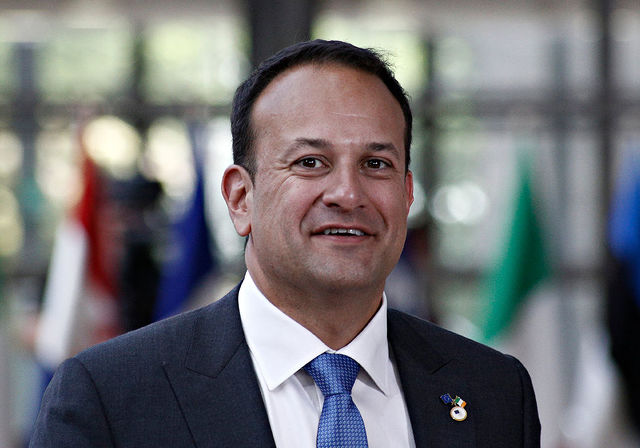 In fact, since the Belfast executive collapsed in January 2017, and while talks to restore power-sharing are ongoing, it is far from clear how a resolution will be found before the Brexit deadline, leaving the Six Counties too much exposed to the effect of a no-deal Brexit. Besides, it seems that Johnson is ready to impose direct rule on Northern Ireland in the event of a no-deal Brexit. This perspective, of course, makes nationalist parties even more concerned about the Prime Minister’s capacity to understand the situation in the region. In fact, if direct rule were effectively be imposed, it would mean the suspension of the Good Friday Agreement, which is based on the idea of devolved government, and be perceived by the Northern Irish nationalist population as a betrayal by the British government, which is always expected to be an impartial actor. This turn of events would put a strain on the Anglo-Irish relation as a whole. In addition, since the Democratic Unionist Party holds the balance of power in Westminster and the survival of the government is in the hand of the ten Unionist MPs, Arlene Foster’s party will represent the only voice from Northern Ireland to be heard, given the fact that Sinn Féin refuses to take its seats in London.

Besides, the prospect of a hard Brexit and a hard border between Northern Ireland and the Republic of Ireland reignited the calls for a border poll. Just last week, Sinn Féin leader Mary Lou McDonald made clear that a new referendum on Irish reunification should follow a no-deal Brexit. During his visit to Belfast last Wednesday, Mr Johnson claimed that he would do everything in his power to help the parties reach an agreement to restore the devolved executive. However, the Prime Minister should start negotiating the temporary settlement of the Irish border and a new legislation to introduce direct rule in Northern Ireland. Handling the border issue will be an extremely hard job for the cabinet: even Johnson recognised a no-deal would have tremendous repercussions for the peace process.

The risk of a political backlash in Northern Ireland and in Scotland will put the whole union under incredible pressure. If the government is not able to devise a workable alternative to the backstop, Boris Johnson might as well recognise that he would soon be the first prime minister tasked with the duty to quit not one but two political unions.

The national, European and global future of the United Kingdom following Brexit

It Is Time for Unionists to Abandon the Old Fears of the Past and Welcome a United Ireland?
Read more