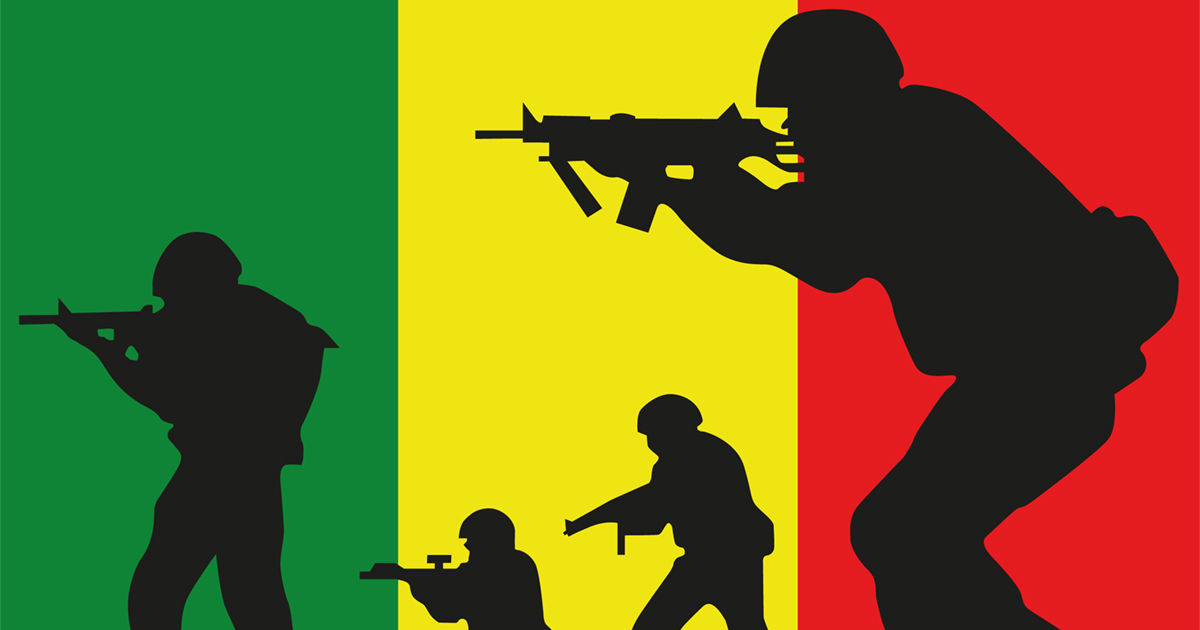 The Rule or the Exception?

Since the decolonisation, more than two hundred coups d’état have been carried out on the African continent, and nearly half of them have resulted in a real and long-term political change. In most of the countries, coups are extraordinary and very rare phenomena, while they seem to happen quite often in Africa. In Mali, after the success of the 2012 takeover, the military did not hesitate to attempt another one this August. Therefore, we are right to ask if this is the rule or the exception in the country. Why is its society so receptive to violent seizure of power?

The once French colony Mali is based in Western Africa. The north of the country is part of the Sahara Desert; agriculture can only be done on the southern river lands. The perspectives of economic growth are, hence, narrow, especially because the country is landlocked, so it experiences difficulties connecting to the flows of world trade. Moreover, desertification is becoming more and more prominent as the Sahara swallows most of the once fertile lands. Life expectancy in Mali is rather low, for the demographic explosion has not yet started there. Therefore, it would be extremely important to create economic and political stability in its society. The question remains if military takeover can be the road leading towards stability. 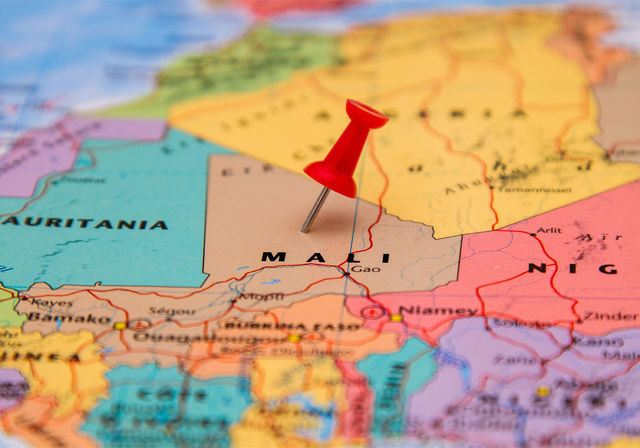 Its disadvantageous geographic position can be an obstacle to the country’s stability
Source: Wead/Shutterstock

In Africa, especially in Western Africa, violent takeovers are not at all surprising. This means that the army removes the democratically elected president or parliament by a coup d’état. In Africa, the military has a strong political influence, and this explains the great proportion of military coups compared to other continents. In certain moments of history, the frequency of military takeovers can accelerate, especially when some sudden crisis makes the governance of these developing countries even more difficult. The Sahel belt is a really unstable region even compared to the rest of the continent. This is why it would be crucial to restore democracy and the rule of law in Mali, the once model state for the whole region, as these are indispensable tools in the efforts against terrorism.

During its fifty years of independence, Mali have faced four attempts at a military seizure of power. Its first democratic elections were organised in 1992, after a twenty-three-year dictatorship. Then, for a while, Mali became an example of good governance throughout the continent. This favourable condition lasted until the 2012 coup, which resulted in French military intervention. The French operation started in 2013 after jihadist groups had seized the opportunity in the chaos to secure strongholds in the scarcely inhabited northern regions.

Even after decolonisation, France assumed responsibility for overseeing political, economic, and social tendencies evolving in Africa; moreover, it also prompts its partners in the European Union to follow the example. France seems to be willing to connect Europe with Africa, especially with Brexit excluding the United Kingdom from EU-African relations. Several, mostly African researchers agree, however, that coup attempts taking place way too often are, in fact, a colonial burden and legacy, given that relations between the civil and military sector in the colonies were defined by the European colonisers: in many cases, the governor of a colony was, at the same time, the highest-ranking military officer.

France currently stations 5,000 troops in this Sub-Saharan country because of the threat of the northern insurgents. The once colonial power aims to keep its role as a regional stakeholder in Western Africa through maintaining close political, economic, and cultural relations with the countries of the region. Paris is one of the biggest aid providers for Mali, in economic, as well as in humanitarian assistance. France’s—and, more widely, the EU’s—interest in the region is stability, but they also hope to involve these countries in the fight against terrorism by granting them international military assistance. 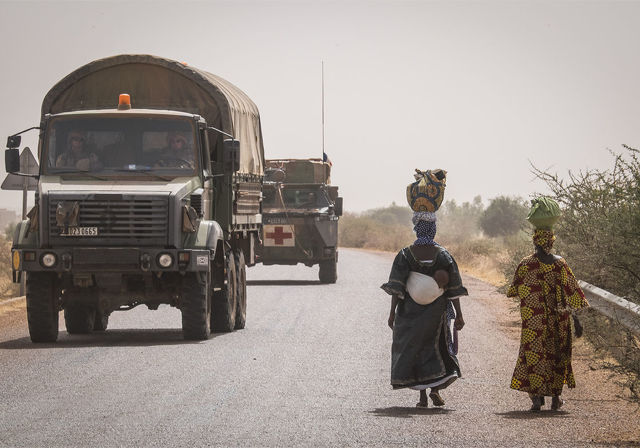 So it is not at all unprecedented that France intervenes militarily in Mali, citing the war on terror as a reason. As I mentioned, there has already been a military takeover in 2012 because of the conflicts with jihadists in the Northern deserts of the Malian territories. The last coup caused such a domestic upturn that the situation could only be settled by an international, French-led military intervention. There are still UN and EU peacekeeping missions in the African country, since there are still remaining forces of the Al-Qaeda in the Islamic Maghreb and the Islamic State, besides the Tuareg separatism that is still active. In this desert area, where people often experience draughts and famines, the scarcely inhabited lands provided good operating site for the Islamists, whose influence is growing, worsening the already deplorable humanitarian situation.

The most recent coup was carried out on 18 August 2020, when some military officers arrested President Ibrahim Boubacar Keïta and Prime Minister Boubou Cisse. We cannot say, nonetheless, that the political crisis came without warning, as protests had been constant, drawing the attention to social discontent. In order to avoid further bloodshed, President Keïta resigned and initiated the dissolution of parliament. The coup spread from a military base at Kati, a town fifteen kilometres away from the capital—the same place where the last violent takeover had started. The current de facto leader of the state is Colonel Assimi Goita, who obviously wishes to have a seat in the new political apparat, although this seems to be unlikely, considering that he leads the junta that have seized power in an illegitimate way, and this junta pledged they would resign by the end of the transitional period. Talks regarding civil transition started on 5 September, although not every delegate agrees with their agenda. The international community, especially France, on the other hand, pushes a short transition so that a civil government can assume power as soon as possible. They are mainly afraid that the Mali crisis might affect other countries in the region, a phenomenon already known in Western Africa. In order to show his discontent, Col. Goita did not show up at the Bamako negotiations; he sent the second main figure of the junta, Malick Diaw, in his stead. It seems now that Keïta’s opposition is willing to engage in talks with the army, which gives some hope for a possible future democratisation. Their movement, M5-RFP, short for Mouvement du 5 juin – Rassemblement des forces patriotiques (The June 5 Movement—Rally of Patriotic Forces) had started fuelling society weeks before the president’s removal from power. This opposition coalition brings together politicians, religious leaders, and representatives of the civil society. 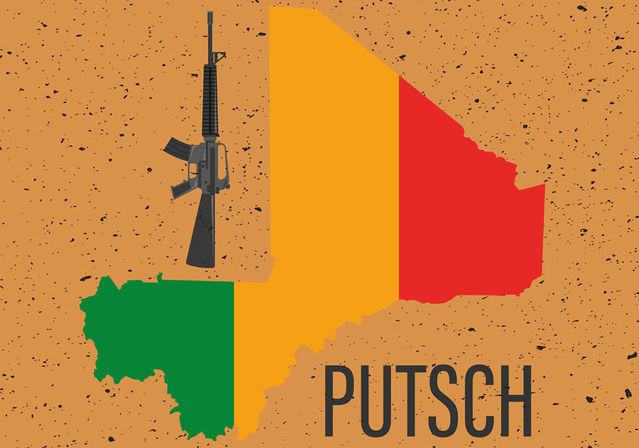 It is still uncertain when civil government will be restored.
Source: akirraman/Shutterstock

As already mentioned, the international reaction to the coup is rather unreceptive. The Economic Community of West African States (ECOWAS), where Mali is a member, insists that the transition to civilian rule take place as soon as possible. To emphasise the illegitimacy of the military government, the ECOWAS, alongside with the African Union, suspended Mali’s member status. Furthermore, ECOWAS member states imposed sanctions on Mali, in addition to closing their borders with the country. Their interest is that the junta surrender its power as soon as possible, ensuring the emergence of a civil government. In case their conditions are respected, the ECOWAS countries promised to gradually lift the sanctions. In addition to the sanctions by these regional actors, the European Union suspended the training of Malian military and police it had been offering since 2013. The EU contributed to the training of 18,000 local soldiers in the framework of this programme.

The last time there was a coup in Mali in 2012, we could witness a similar plot. Back then, thousands of protesters crowded the streets of Bamako, the capital city, showing their support for the junta recently come into power. The last military government was widely supported by the population, given that they were highly disappointed in the international community as well as their own government, as neither of them could curb the violent attacks by Tuareg jihadists. Hopefully for now, the 2012 military takeover was followed by a civil transition. The greatest problem then was that, because of the Libyan civil war, illegal weapons could enter Mali through the Sahara Desert. Using the confusion after the coup, the separatists strengthened themselves. The French intervention, on the other hand, did not result in success, as, eight years after, a part of the military mutinied, giving the same explanation, namely, that the country’s political elite and the international actors could not end the activity of the jihadist armed groups in the Sahel belt. France’s role in Mali could even be compared to that of the US in Afghanistan, as, here, there is also asymmetric warfare in a conflict that apparently cannot be solved quickly and easily. 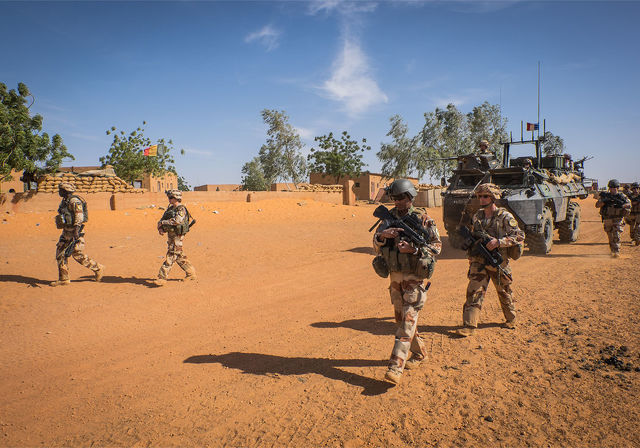 Military takeovers usually do not imply anything good, although we should not forget that, in Africa, especially in Western Africa, there has been surprisingly many coups, amongst which many contributed to real political reforms after the army had abandoned the leading positions. Most experts expressed their concerns about the 2012 coup d’état, being afraid that jihadists might gain strength, yet, on the contrary, consolidation of power was successful back then. President Keïta was democratically elected after that takeover, what is more, with the help of the international coalition, he managed to halt the Tuareg offensive.

When examining France’s role in the preservation and maintenance of stability in the Western African region, we can say that the once colonial power has engaged in a never-ending war that will be very difficult, if not impossible, to end. The country is supported by its main allies, Germany, Italy, and the United States, in addition to the EUR 1 billion per year spent on the stationing of 15,000 UN troops in the region. Despite the huge amount of money and effort invested, radical organisations can still control some territories in the northern areas of the country. In order to roll them back, a more efficient domestic government will be needed. However, that can only emerge after the current situation has been stabilised.