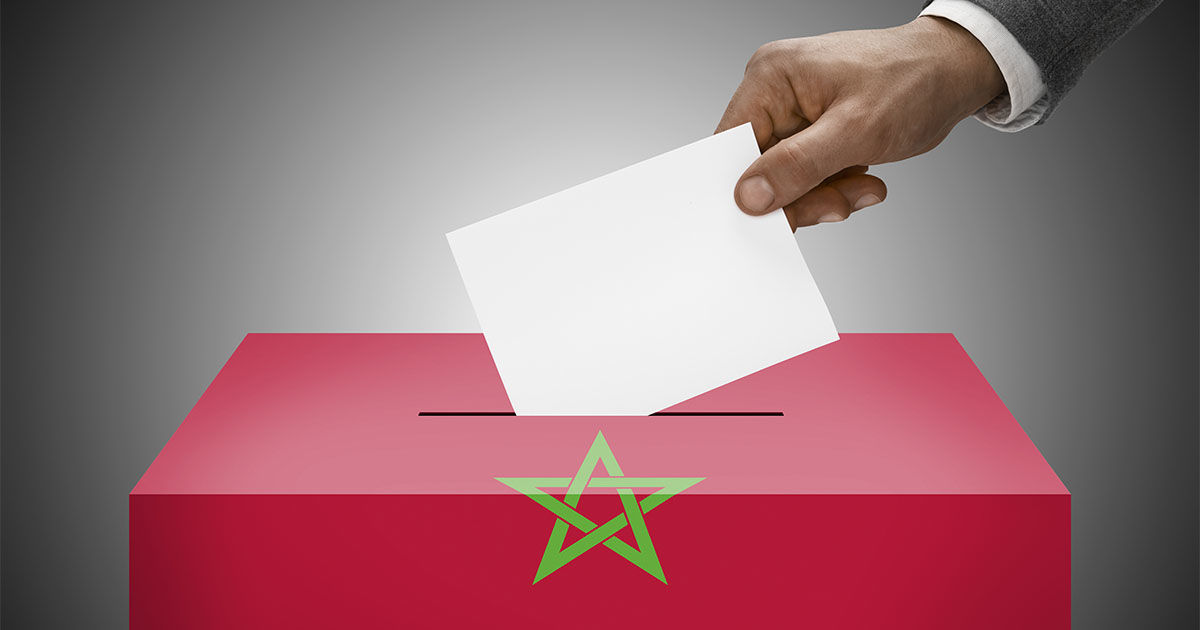 Since the events of the Arab Spring in 2011, there have been no significant changes on Morocco’s political scene until this year’s fall. However, parliamentary elections in September opened a new chapter in the country’s politics, as the last openly Islamist party, the Justice and Development Party, which is also close to the Muslim Brotherhood, failed to convince Moroccan voters again. The critical situation in the country has been exacerbated by the economic crisis, triggered by the coronavirus pandemic, and the absence of political reforms that have been overdue for almost a decade. In view of this year’s elections, the new, more liberal ruling party must now find a solution to all these problems.

On 8 September 2021, Morocco held parliamentary elections in which more than 50% of eligible voters went to the polls despite strict health measures due to the coronavirus pandemic. Such a high turnout has not been seen since 2002. Voter turnout is a highly contentious issue in Moroccan society. The main argument of those who question the importance of voting is that the king, Mohammed VI of Morocco, stands above everything and that the will of the people is ultimately irrelevant. Those who take the opposite view, on the other hand, believe in the possibility of changing the system and that there is a realistic chance that a head of government will come to power who is able to create a better balance between the government and the palace.

Counterbalancing the political power of Mohammed VI, who has been in power since 1999, is severely hampered by the fragmentation of the country’s party system. However, while in most Arab countries, parties are mainly separated along secular and religious axis, in Morocco, we witness an interesting contradiction in this regard. Although the country prohibits the creation of purely religious parties, the Party of Justice and Development (Parti de la Justice et du Développement, PJD), which is considered a local offshoot of the Muslim Brotherhood, has been in government for ten years. Even the secular parties are not completely free of religious ideology, as these organisations primarily pursue anti-Islamic or even anti-PJD policies.

The causes of the current societal antipathy towards the PJD date back to 2011. The party was mainly judged by the fact that it was in government for the first time in the year of the Arab Spring. In Morocco, the events of the Arab Spring began with the establishment of the February 20 Movement. Unlike other countries, the events in Morocco were not primarily about changing the system or overthrowing the head of state, but about introducing the necessary reforms as quickly as possible. The PJD at this time navigated well between the royal court and the discontented people because, while one side openly supported the new constitution and the “concreting” of the king’s power, younger members of the party also participated in street demonstrations. In this way they were prepared for all eventualities: On the one hand, they won the sympathy of the palace; on the other, they had the support of the people who were pressing for reforms.

In the decade since 2011, however, internal conflicts that have gradually come to light, in addition to external factors, have exacerbated the disintegration of party unity. One of the best examples of this is the resignation of the party’s then prime minister, Abdelilah Benkirane, in the spring of 2017—this made it clear that a party based mainly on Islamism could not win again six years after the Arab Spring. In the run-up to the 2021 parliamentary elections, the Moroccan people have also been repeatedly disappointed in the PJD mainly because of the economic crisis caused by the coronavirus pandemic and the severe lack of jobs. By the end of September, nearly 940,000 patients infected with the coronavirus had been registered in the country, and some 14,500 deaths had been reported. Although the government’s measures, such as the strict curfew or the closure of the borders, initially proved to be quite effective in bringing the pandemic under control, the first signs of the crisis soon appeared in the health sector. Unemployment has become one of the most pressing problems, especially in rural areas: Since the beginning of the pandemic, about 5,000,000 people have lost their jobs in rural areas alone. Moreover, tourism, a strategic sector in Morocco that accounts for 6.4% of the country’s GDP, is the most affected. Between 2020 and 2022, losses of USD 14 billion are expected for this sector. However, in the absence of appropriate stimulus measures, these problems have not diminished as the pandemic has subsided.

So it is no coincidence that the PJD lost more than 100 parliamentary seats in the September elections and retained only thirteen. One of the main programmes of the RNI (Rassemblement National des Indépendants, National Rally of Independents), the party that won the election, was job creation to reverse the economic downturn caused by the pandemic. The party’s goals also include raising teachers’ salaries and building a stable pension system. Aziz Akhannouch, who heads the RNI, is also not unknown in Moroccan politics: He was agriculture minister from 2007 to October this year and has been head of the RNI since 2016. Mohammed VI has always sympathised with him, as he embodies the image of both a successful businessman and a minister who is actively involved in politics. Akhannouch is the third wealthiest person in Morocco and the fifteenth richest in Africa. He has stakes in sectors such as oil, natural gas, and communications networks. While it is not surprising that Akhannouch is the perfect choice for the king and Morocco’s business elite, it is a great achievement that he has also been able to win the support of the people. Out of a maximum of 395 seats, his party has won ninety-seven seats in parliament.

Under the rules in place since 2011, the king is obliged to appoint the party that performed best in the elections to form the government. The ninety-seven seats won by the RNI, while a significant number, are not enough for a parliamentary majority. Akhannouch’s next big task, then, was to reach an agreement with other parties to form a government. His efforts were crowned with success, and the new Moroccan government was formed on 22 September 2021. The other two parties in the coalition—the liberal-monarchist PAM (Parti Authenticité et Modernité¸ Authenticity and Modernity Party) and the conservative PI (Parti de l'Istiqlal, Istiqlal Party)—were also performed well in the elections: The PAM won eighty-two parliamentary seats and the PI seventy-eight. Akhannouch justified his decision to form a coalition on the grounds that the programme of the two parties overlapped with the RNI’s ideas on social and economic goals and that the coalition in this form reflected the preferences of the electorate. 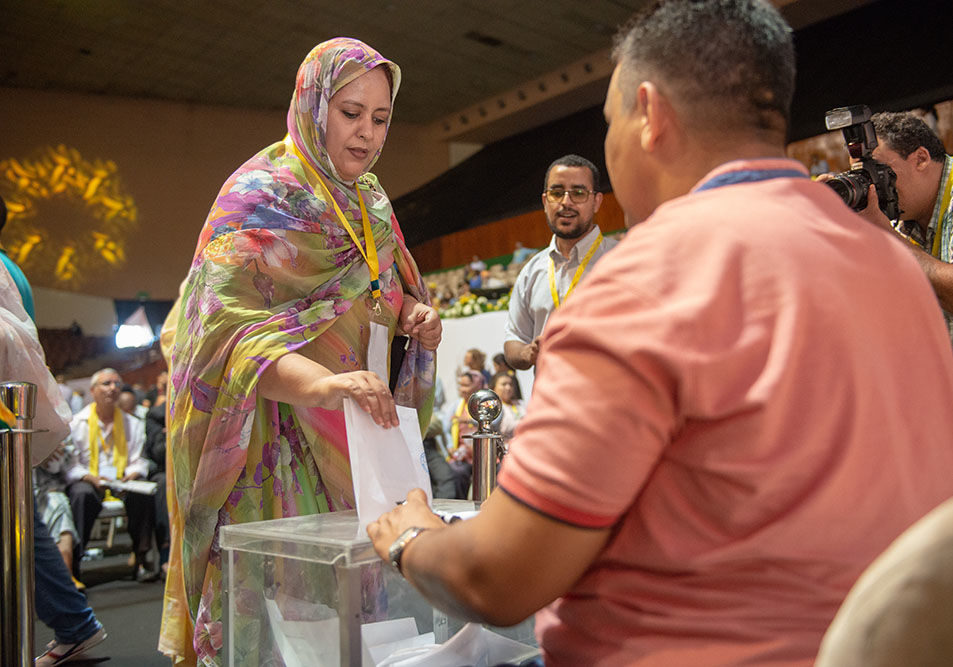 Even during the election campaign, it was clear that there was a huge gap between the PJD and the RNI, which Saadeddine Othmani, secretary general of the PJD, could not bridge in time in the light of election results. The RNI launched its campaign, titled “100 Days for 100 Cities,” very early, in the fall of 2019, targeting mainly small- and medium-sized cities in Morocco. As part of the campaign, the party became extremely active on social media platforms, reaching many younger voters. The main goal of “100 Days for 100 Cities” was to capture the most pressing political issues facing the populations of smaller cities. The PJD, on the other hand, was so backward in its campaign that it only realised a week before the elections that it had failed to nominate candidates in all constituencies. Another reason for the former ruling party’s defeat is the decline of the Muslim Brotherhood’s role in the region following the overthrow of former Egyptian president, Mohamed Morsi in 2013. All this has made it clear that without a strong central party, in this case the Muslim Brotherhood, the smaller parties that are close to it cannot survive for long. Thus, in 2017, as a result of the government crisis, the PJD was forced to abandon its Islamist principles, weakening its integrity. A few days before the election, when the decline in the party’s popularity was already obvious, they began to defend themselves by saying that the new electoral system simply did not favour them. But it was clear that they had lost much of their popularity in the ten years of their rule, and the Moroccan people no longer saw the key to the solution in their hands.

The new electoral system was approved by the Parliament of Morocco in March 2021, which brought a significant change. From now on, the electoral quotient will no longer be calculated according to the number of valid votes, but according to all registered voters. This new electoral system came into effect in the elections this fall, but the PJD vehemently opposed it from the beginning, knowing that it would lose many seats in parliament as a result of this new law. 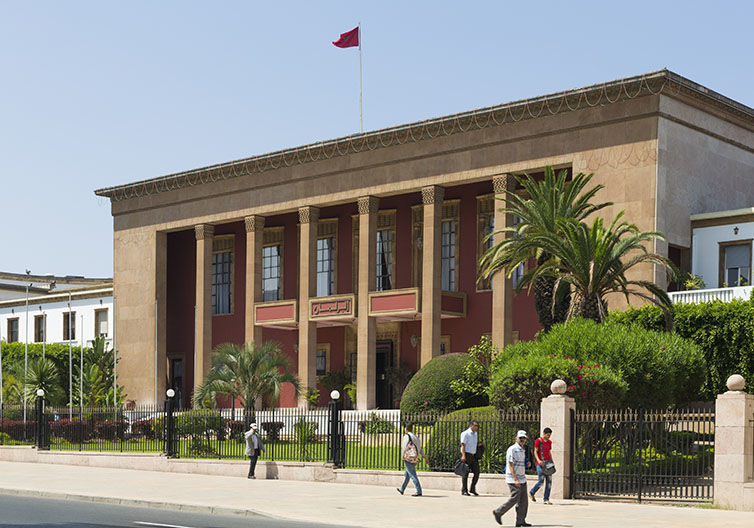 The Parliament of Morocco
Source: posztos/Shutterstock

As for Morocco’s political future, no radical change is likely in the near future. One of the main reasons for this is that the king’s word still takes precedence over everything else, and this is especially true of the country’s foreign policy. The system of relations established under the PJD government, such as a fundamentally consolidated attitude toward Israel and the Arab world and a good relationship with the European Union, seems particularly stable, and if Mohammed VI’s foreign policy remains unchanged, no significant turnaround is to be expected in this area. Given the economic expertise of Akhannouch, who heads the RNI, only the economic dimension is likely to change significantly. The prime minister has already taken the first steps to boost the Moroccan economy. He recently announced the creation of a new brand called Morocco Now, which aims to position Morocco as a world-class industrial and export platform in the future by encouraging foreign investment. In addition, Akhannouch will most likely seek to capitalise on Morocco’s prominent role in Africa in the manufacture and export of passenger cars and increase the sector’s contribution to GDP to 24% by 2022.

It remains questionable, however, to what extent the ruling party will promote a balance between the king and the government. Considering how close Akhannouch is to the palace and Mohammed VI, there is also the possibility that he will use the good relationship not necessarily for the good of the people, but to maintain his already established advantage and mediating role. In any case, there is no doubt that the Moroccan elections were once again a surprise, and given the determination of the people to replace the previous government, the statement attributed to the RNI can be justified: “Victory of democracy in the kingdom.”

The opening pic is by Niyazz/Shutterstock

What’s next for Europe? An Italian perspective
Read more