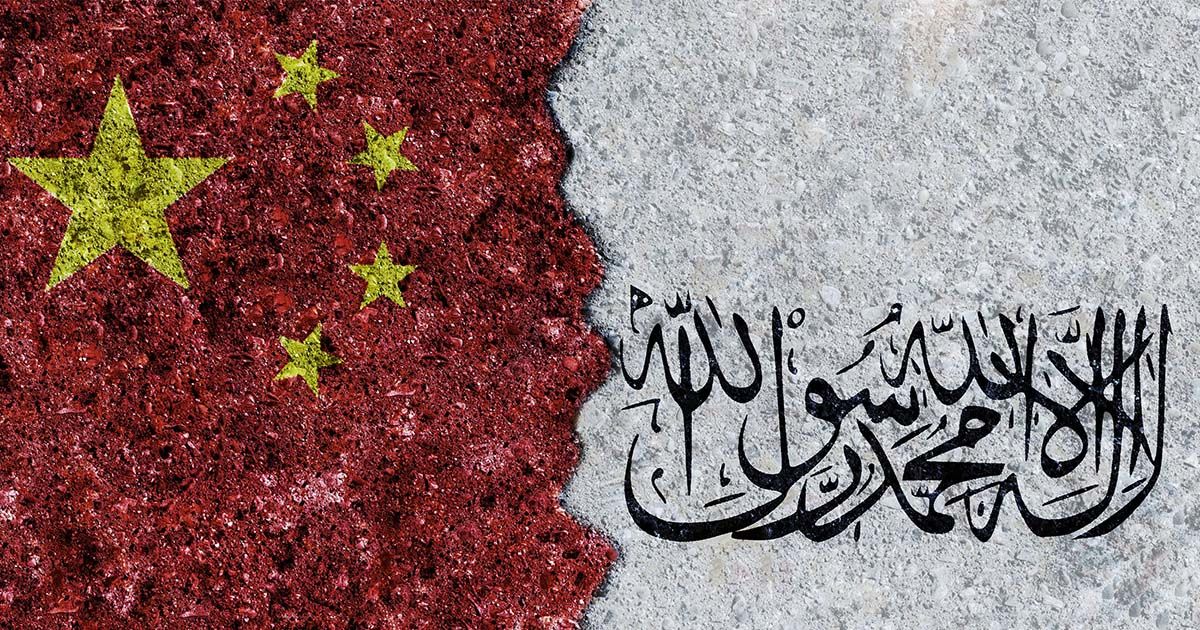 The Boundaries of the Chinese–Taliban Romance

As the Chinese foreign ministry spokesperson Hua Chunying said after the Taliban captured Kabul on 15 August: “The Afghan Taliban said on multiple occasions that it hopes to grow sound relations with China, looks forward to China’s participation in Afghanistan’s reconstruction and development and will never allow any force to use the Afghan territory to engage in acts detrimental to China.” This statement confirms the suspicion that China wants to fill the vacuum created by the US withdrawal. There are already many analyses and articles about the economic and geopolitical benefits for Beijing that derive from building closer ties with the Central Asian country. At the same time, however, there is less talk about the downsides: What risks and problems might a Taliban-led Afghanistan pose for the East Asian state?

Before going into the details of the subject in my article, it is important to examine the history of Chinese–Taliban relations. The Chinese leadership closely followed how the Taliban Movement took power in the neighbouring country in 1996. It was concerned about the close ties with the extremists of Uighur Islamist, who maintained training camps in Afghanistan and conducted joint operations with al-Qaeda. Therefore, it is not surprising that after 9/11, Beijing also condemned the terrorist attack and supported Washington in its struggle. In the following days, Chinese diplomacy voted in favour of the United Nations resolutions to strengthen the fight against terrorism, tacitly supported the NATO action in Afghanistan, and did not oppose the increased US military presence in Central Asian countries. Moreover, there was cooperation between the United States and China—Chinese authorities froze the bank accounts of suspected terrorists, diplomacy agreed to allow the US to use platforms such as the APEC summit in Shanghai in October 2001, where George W. Bush also spoke. The East Asian country’s intelligence service provided the US with information that it used to destroy al-Qaeda bases or capture suspected terrorists, including the twenty-two Uighurs detained at Guantanamo.

However, the fruitful cooperation was short-lived due to the US attack on Iraq, the protracted Western military presence in Afghanistan and in former Soviet states such as Kyrgyzstan and Tajikistan. Instead, China negotiated directly and built close relations first with the Afghan government led by Hamid Karzai and then with president Ashraf Ghani. This kind of rapprochement produced significant results by the end of the decade, but, in return, China had to continue to condemn and treat the Taliban Movement as a terrorist organisation. It was, therefore, a surprise when the first official Afghan–Taliban meeting was held in Beijing in October 2014, where the Chinese leadership presented its five proposals for peaceful reconciliation and reconstruction and expressed its support for Afghanistan’s integration into “regional cooperation.”

There is still debate among experts about the factors that brought about the turnaround in China’s approach. However, this article clearly argues that the answer lies in the rise and spread of a local offshoot of the Islamic State of Iraq and the Levant, which calls itself Khorasan (ISIS-K) and has clashed with the Taliban Movement several times since 2015. In addition, Uighur extremist groups, formerly allied with the Taliban, such as the East Turkestan Islamic Movement (ETIM), have sided with ISIS-K, leading to bloody clashes between the groups and the killing of Taliban leaders. Another explanation could be the China–Pakistan Economic Corridor (CPEC), a major offshoot of the Belt and Road Initiative (BRI), whose efficient and secure operation requires good relations with the Taliban—both in Afghanistan and Pakistan. 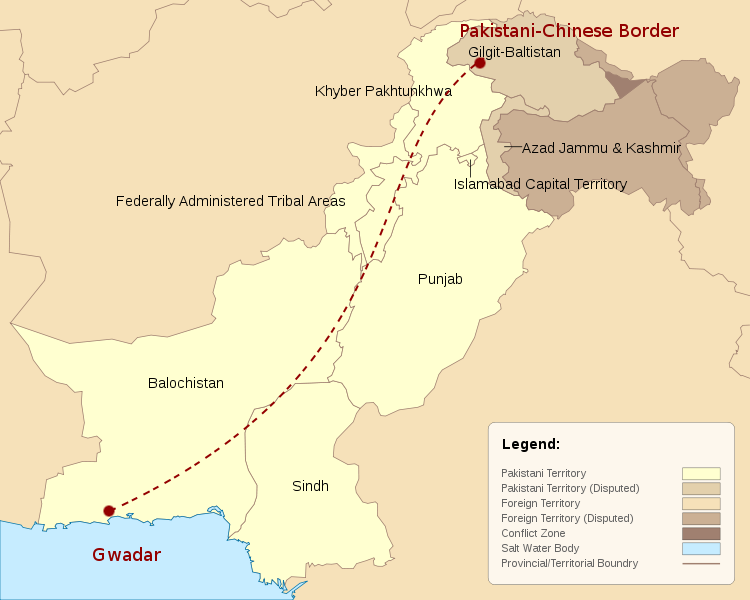 In 2015, China—along with Afghanistan, the United States, and Pakistan—also became a founding member of the Quadrilateral Coordination Group. For the first time, a Taliban delegation visited China in July 2016. In June 2019, Abdul Ghani Baradar, one of the movement’s co-founders, considered a “moderate” by the Chinese, travelled to the East Asian country to discuss the peace process and the joint fight against terrorism. Baradar returned to Beijing a few weeks later as part of a twelve-member Taliban delegation that also visited Iran, Russia, and Pakistan. The Chinese leadership welcomed the American–Taliban Agreement signed on 29 February 2020, but thereafter the Chinese intensified talks with both Afghan sides. In July 2021, Chinese foreign policy described the Taliban as “a crucial military and political force in Afghanistan that is expected to play an important role in the peace, reconciliation and reconstruction process of the country.”

It is undeniable that China has been preparing for a “post-NATO Afghanistan” for many years, trying to hedge its bets in case a Taliban takeover. But has Beijing been able to make sufficient use of the time available? Numerous articles have been written about why Afghanistan is so important to China. The country has huge amounts of minerals and rare earth metals, such as coal and lithium, estimated to be worth between USD 1 trillion and 3 trillion. Moreover, Afghanistan is a big market for Chinese companies, and the country could be integrated into the BRI with its intact infrastructure. As a neighbouring country, the end of the presence of the US and NATO-led forces in Afghanistan is also positive for China, and the Taliban can be used to put pressure on the ETIM and other Islamist terrorist organisations to stop their attacks on China.

At the same time, however, much less attention is paid to the challenges that Afghanistan poses to China. In the event of an unfavourable scenario for the East Asian country, any Chinese investment in the country would be a waste of money, and agreements with the Taliban would be a mere Faustian bargain. Beijing is open to the Taliban because they are seen as the only force that can stabilise Afghanistan after the US withdrawal, albeit with harsh terror, and can counterbalance the other terrorist organisations, while creating a suitable environment for Chinese investors. The longer it takes to stabilise Afghanistan, the greater the risk to Chinese investment, which has already been declining for years because of the uncertain environment. This year, Chinese foreign direct investment amounted to only USD 2 million, down from more than 5 million in 2020, and the two major projects—oil extraction operation in the Amu Darya basin and the Mes Aynak copper mine—resulted in a loss of prestige and a severe financial failure. 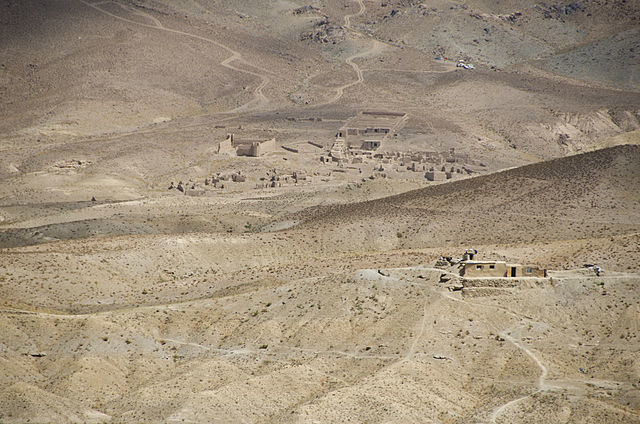 Despite US aid, there are many problems with the infrastructure needed to mine and export the raw materials found in Afghanistan. This is partly because implementation of plans to develop infrastructure has stalled in many cases due to decades of fighting and widespread corruption. The facilities and equipment that have already been built have been so badly damaged by the events of the past few months that repair work would already require more investment than rebuilding. But even if China were to bear these enormous costs, it would be completely at the mercy of the Taliban, and not just those operating in Afghanistan: The Pakistani Taliban currently supports 6,000 militants fighting alongside their “Afghan brothers.” But unlike the Afghans, the Tehrik-i-Taliban Pakistan (TTP), formed in December 2007 and uniting several smaller Pakistani Taliban movements, is particularly hostile to the East Asian country. They have already committed several attacks this year: On 22 April, an attempt was made to assassinate the Chinese ambassador to Pakistan through an infernal bomb attack in a luxury hotel in Quetta, and, in July, nine Chinese engineers were murdered in Kohistan.

Thus it can be concluded that Beijing can by no means regard the Taliban Movement in Afghanistan as a united force. The Chinese leadership knows that the fight against a common enemy and the euphoria of a quick victory are for the moment masking the differences and fault lines within the organisation. There are undoubtedly China-friendly groups, but there are also factions for whom blood ties and cultural ties mean more than geopolitical and economic interests. Those who sympathise with or have close ties to the ETIM, the ISIS, or the TTP may ignore the Taliban’s promises. It is unlikely that the nascent Taliban government will take action against anti-China groups at home or abroad, as this could lead to a split or even serious fighting among them, so it just lets them do their own thing. This has already happened in Afghanistan’s history. Although the Taliban Movement officially declared its neutrality in the Tajikistani Civil War, which happened between 1992 and 1997, this did not stop Taliban militants from going to the former Soviet state and fighting alongside the United Tajik Opposition.

Finally, it should be noted that while the news of the US withdrawal was greeted with gloating by many in China, the Chinese state media was quick to point out that there would be no Chinese military intervention in Afghanistan. While it is not inconceivable that private military companies (PMCs) might appear in the country in the future, it is unlikely that the People’s Liberation Army will be used to protect Chinese interests and investments. In fact, the East Asian country has learned from the mistakes of the United States and the Soviet Union and is aware of the fact that, in the past, armies bigger and stronger than the Chinese have failed to achieve visible results in Afghanistan even after decades of presence and fighting.

The opening pic is by OnePixelStudio/Shutterstock.