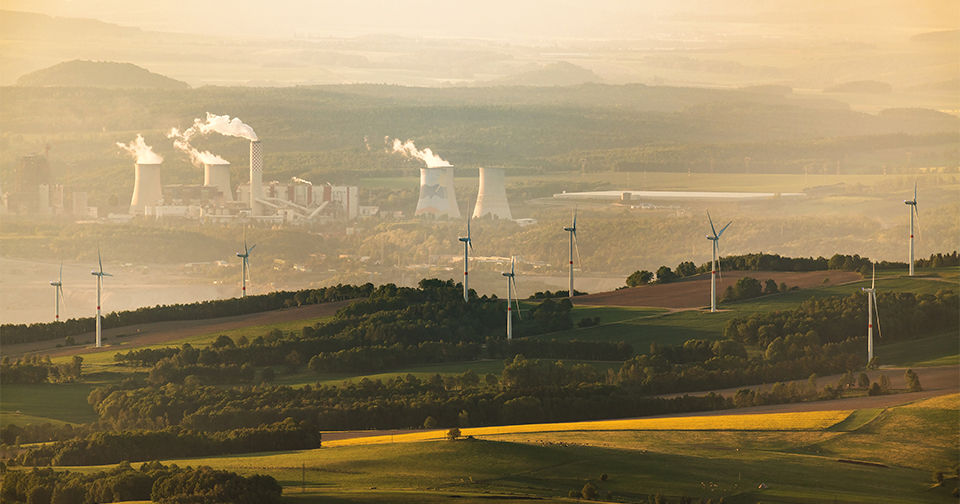 Fossil renaissance or a greener future?

Energy transformation today is a key issue in the field of economic, security and environmental policy, which has a great importance for governments and also for intergovernmental institutions. Currently, the energy structure of the European Union is highly dependent on coal-fired power plants which is incompatible with the objectives and norms of the EU in the long run.

Since the late 1980’s and early 1990’s, energy policy has been one of the most important EU policies. However, the greater part of energy-related decision-making is still done on the national level The European Union has legislative power in some areas of the policy. The Article 194 (2) of the Treaty on the Functioning of the European Union signed in 2012 call for shared competences in certain areas of the member state’s energy policy. By signing this agreement, the Union’s tools broadened to reach the preferred outcome. However, member states still have the right to determine the suitable energy mix for themselves, which makes the EU’s policy very diverse. With the development of the Union’s policy, competences that come under EU legislation will help to achieve energy policy goals. One of these new shared competences is the promotion of the development of new and renewable energy sources in order to restructure the market to be able to adapt to climate change goals. Nevertheless, the electricity-generating structure of the EU28 is still dominated by fossil-based power plants. According to Eurostat, fuel-based energy production generated half of the electricity within the Union in 2015.

Using different tools – for instance, the binding climate policies or by encouraging voluntary commitments – the EU pursues to shape the differing policies and norms of the member states in accordance with the Union’s objectives. As a result of the urgent environmental, economic and security challenges, the EU’s energy policy has gained momentum in the recent years. In 2014, the Commission outlined the Energy Union plan of providing energy for consumers based on a long-established triple objective: to make it competitive, safe and sustainable. By these norms, the EU shows a good example for the member states. Adapting certain norms can lead to a fundamental change in the energy mix of a member state. The German energy revolution is a good example for that: since the Union does not have the power to intervene in the member states’ decision-making to encourage higher levels of cooperation, it tightens environmental limits and emphasizes norms.

This article will briefly review the current status of fossil-based electricity production in the European Union on the basis of the aforementioned three EU standards: competitiveness, security of supply and sustainability.

By 2014, the share of fossil fuels in the EU’s gross electricity production decreased by 25% compared to 1990 levels. However, looking at the climate goals, this can still be considered as too high and unfavourable in terms of security of supply and economic dependence.  Such a high rate of fossil-based electricity production is due to the competitiveness of natural gas power plants. The now highly utilized plants are able to supply electricity at low prices with predictable power generation. With flexible production, these plants can efficiently counterbalance the fluctuations of renewable sources. Nonetheless, a gradual decrease in the role of lignite and coal has been observable in the past two decades for coal-based power plants.

The ratio in the use of solid fuels decreased by an average of 1 percent per year between 1990 and 2014, when it comes to the use of natural gas, however, an average growth of 3 percent can be observed. The downturn during these two decades in coal consumption was mainly due to high fuel prices, the increasing health and environmental concerns, the impact of rising gas production on prices, and climate goals and measures.

Because of low energy efficiency, technological disadvantages, high emission of pollutants and tighter environmental standards of the aging coal power system, the use of coal-fired power plants is becoming less and less profitable. In addition, their use is incompatible with the norms of the European Union.

Consequently, stricter EU environmental regulations result in the shutdown of these power plants or they require integral environmental improvements. However, it is still difficult to replace the facilities that were shut down with other energy sources, since they secure affordable power supply as base power plants in most member states’ energy mix.

According to the Union’s Energy Strategy 2050, the transformation of the energy mix in accordance with the goals set does not represent significantly higher costs than the modernization of the aging coal-fired power plants. Thereby, it encourages Member States to move away from coal-based electricity generation.

The high rate of fossil imports threatens the security of supply

53 percent of the European Union’s electricity consumption is covered by imports, which is not only a great burden for the member states with its cost of more than € 1 billion per day, but also it makes them highly vulnerable. In the use of fossil fuels, the ratio of imported fuels is as follows:

Because of the high vulnerability, the Union’s objective is to unanimously represent the interest of all the member states when negotiating with third countries, thereby placing the European Union in a better bargaining position. 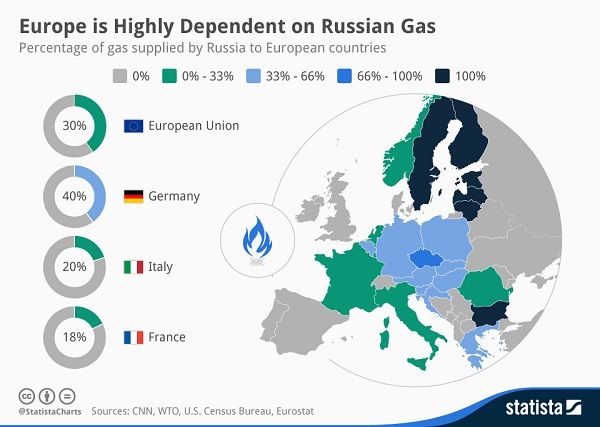 Although natural gas-based energy production is compatible with the EU’s objectives, in terms of security of supply, it causes a serious problem for six member states (Finland, Sweden, Estonia, Latvia, Lithuania, Bulgaria); that is, only one supplier can provide these states’ total gas import – The Russian-Ukrainian gas dispute emphasised the weight of the problem.

Considering the 2006 and 2009 gas crises, Russia’s dominant role in the EU energy mix and attempts at diversification, the Union has increased its efforts in energy diplomacy. A number of memoranda have been signed – for example with Egypt (2008), Azerbaijan (2011), Algeria (2013) – to provide possible alternatives to imported natural gas from Russia, but no agreements have been signed by the European Commission. (Svein S. Andersen, Andreas Goldthau, Nick Sitter - Energy Union: Europe’s New Liberal Mercantilism? P. 105.). In response to these concerns, the European Commission released its Energy Security Strategy in 2014, launched the initiative of the Energy Union, and urges greater interconnectivity of the European infrastructure, so in the event of a crisis, it would be possible to transfer energy to the place where it is needed. As part of the Strategy, the EU countries carried out energy security stress tests in the winter of 2014-2015. They analysed the operation of Europe’s energy system in the case of gas disruption.

An important objective of the Commission is to ensure energy transmission between member states in the event of gas disruption. Therefore, it seeks to develop cooperation and infrastructure across borders. On the basis of the ‘principle of solidarity’ in the Treaty of Lisbon signed in 2007, member states may rely on temporary gas supply through the neighbouring countries in the event of gas disruption, but only for securing residential needs and basic services. With this in mind, in 2016, the Commission submitted further regulations, which in the event of a crisis, intended to assist the neighbouring country with gas supply.

The carbon dioxide emitted during the large scale use of fossil fuels can be considered as the main cause of climate change. The (approximately) 280 coal-fired power plants, located in the Union, released 755 million tonnes of carbon dioxide in 2014, which is 18 percent of the total greenhouse gas emission of the EU. To lower this number, Member States have set a 40 percent emission reduction target for the EU by 2030, compared to the 1990 base year. The Energy Roadmap 2050 – with significant increase – sets this goal between 80-95 percent.

The European Emissions Trading System (ETS) helps to achieve these target numbers by setting emission quotas for carbon dioxide emitters under the ‘cap and trade’ principle, while also providing an opportunity to trade with these quotas. Thus, the system obliges the polluters to have at least the amount of quotas that covers their emission, failing to do so means substantial fines for the polluters. The purpose of the regulation is to reduce greenhouse gas emissions by encouraging the replacement of the pollutant plants with non-polluting ones. Besides the increasing costs, the environmental regulatory framework also brings closer the deadline of permanent shut down or complete renovation of the old, technically-downgraded power plants.

The proportion of lignite and coal usage in electricity generation has been declining steadily since 1990, reducing the use of solid fuels in the EU by one quarter in 2014. Nonetheless, half of the Union’s electricity production continues to rely heavily on fossil fuels imported from third countries, increasing the vulnerability of the EU. In addition, because of the low interconnection of the European gas networks, some member states can only import gas from a single third country, Russia. Therefore, in terms of security of supply, one of the most important goals is to increase the interconnection of the member states’ electricity networks.

A great part of the fossil-based power plants are aging facilities, where operating costs are increasing gradually due to technological disadvantages and high emissions. However, power plants that have been released from the cost of capital, will be able to produce electricity at low costs, thereby reducing electricity prices on the national level. However, the EU’s environmental policy urges the European high-polluting coal-fired power plants to introduce strict rules. On the other hand, the decline of coal can lead to the expansion of gas-fired power plants and, consequently, the increase in fossil energy imports in Hungary and in the European Union.