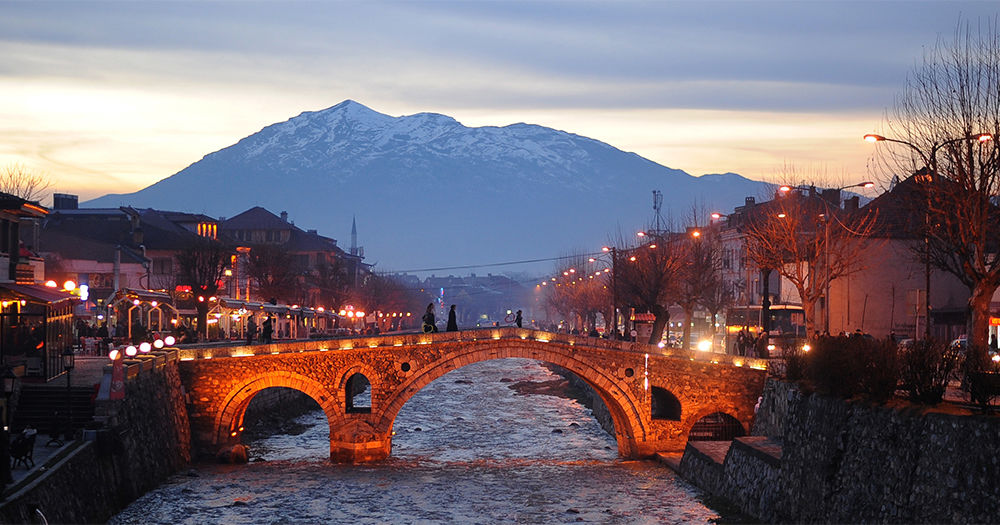 Twenty Years after the Kosovo War

What has changed in Kosovo during the last twenty years since the 1999 international intervention, and what challenges should be taken up to put the entangled situation right? Our post today tries to give answers to these questions before our coming conference about the Balkans on 26 November.

Soon after the first phase of the Yugoslav Wars, the international community had to face with yet another emerging security threat in the Balkans. In 1998, long-standing ethnic tensions between Serbs and Albanians living in Kosovo escalated into an armed conflict, which destabilised the region again. The vivid memory of the recent Bosnian and Rwandan events encouraged international organisations to take the appropriate measures in order to prevent a possible ethnic cleansing in Kosovo. With strong support from the Clinton administration, NATO started a humanitarian intervention against the Federal Republic of Yugoslavia. Following the military operation, Kosovo was put under international administration. As its territorial management required not only a military but also a civilian strategy, besides NATO, the UN and other international organisations had a more than important role to fulfil in the region. In addition, the chain reaction of these turbulent events somehow indirectly contributed to not only its political development but also other iconic events in the Balkan context, for instance, the fall of Slobodan Milošević’s regime.

However, NATO’s military operation and the UN Security Council Resolution 1244 left an important question open, namely the definitive settlement of Kosovo’s status. After two decades, these open issues are still to be answered. How can we evaluate the international presence in Kosovo, and what kind of perspectives do citizens have there? Is it possible to assess somehow the past twenty years by a normative approach? This blog post focuses on these problems.

The 1990s: a turbulent decade in the Balkans

The aim of the 1995 Dayton Peace Agreement was to bring an end to the Bosnian War amongst Bosniaks, Croats, and Serbs. However, the agreement did not handle the remaining potential regional conflicts in the Balkans: the dispute between the Serbian and the majority Albanian population living in Kosovo was one of these hotspots, since the relationship between the two ethnic groups had been tense for long decades. In the Socialist Federal Republic of Yugoslavia, the aim of the socialist leaders was to prevent every possible nationalistic conflict between the republics. Therefore, the 1974 Constitution provided Kosovo with a wide range of rights and defined the territory as an autonomous province of Serbia within Yugoslavia.

Kosovo (and Metohija) has a special meaning for the Serbs, as they consider Kosovo the birthplace of their national identity and culture. Meanwhile, since the Turkish occupation of the Balkans, Albanians became the majority in the area. For them, it was crucial to express their will against Serbian dominance. In brief, this antagonism was the starting point of the conflict between the two nations. Even within Yugoslavia, Albanians were not satisfied with the autonomous status and wanted to organise their own republic within the federation in the 1980s, while the idea of independence is present since the early 1990s. The confrontation further increased following the Gazimestan speech of Slobodan Milošević that was delivered for the 600ᵗʰ anniversary of the Battle of Kosovo in 1989. Tensions intensified in the mid-1990s and escalated into a war in 1998.

Humanitarian intervention and the “responsibility to protect”

When it became clear that a new war had started in the Balkans, many feared that, similarly to the tragic Bosnian and Rwandan cases, ethnic cleansing and genocide will happen again. Following failed negotiations over the ceasefire and the so-called Rambouillet talks, military intervention seemed unavoidable. President Clinton authorised the US Army to start a NATO air campaign against the Federal Republic of Yugoslavia, which lasted from March to June 1999. This 78-day campaign convinced Milošević to retreat from Kosovo, and the province was put under international administration, but it still remained part of Serbia due to the UN Resolution 1244. The military intervention itself provoked many debates, since the air campaign started prior to an approval by the Security Council. In September 1999, then–UN President Kofi Annan said that the systematic violation of human rights had provoked the military intervention; therefore, the international community had to consider its responsibility to protect. This rationale means that, in some particular cases, human life should take priority over state sovereignty, and this consideration opened a new way of thinking in international relations.

Although humanitarian intervention mainly aimed to stop armed conflicts between the two parties, it turned out very soon that other obligations, such as reconstruction and administrative assistance, were also necessary. This commitment required not only a military but a civilian strategy as well. For that reason, the administration was supervised by the UN’s civil mission. Initially, the United Nations Interim Administration Mission in Kosovo (UNMIK) was divided into four “pillars,” and, besides the UN, other international organisations, such as the OSCE and the European Union, also had important roles to fulfil in the area. The mission led by the UN focused on key aspects that were related to the police, the justice, institution- and capacity-building, and economic assistance. NATO’s responsibility was to maintain peace and stability through the KFOR mission. Over the years, the European Union has become a more and more important player.

Twenty years after the international administration started, it is now clear that, besides the normative role of the mission, we have to raise some key practical questions: for how long is it still necessary to maintain these missions, how could we enhance Kosovo’s economic and public administrative development, and, even more importantly, what should be the final status of Kosovo?

Priorities for the future

The 1999 NATO intervention obviously defined the framework for long-term security aspects in the Western Balkan region. The military operation, contrary to the Bosnian example, did not define the final status of Kosovo. As a result of this political vacuum, tensions between Belgrade and Pristina are still present, and it is of utmost importance to solve this open issue. As every single proposal failed, Pristina unilaterally announced its independence from Serbia in 2008, which has still not been recognised by Belgrade. Europe and the whole Balkan region’s utmost interest is, therefore, to find a definitive solution for the status of Kosovo, as the current situation represents a potentially destabilising factor in the region. Such a solution requires a compromise between Belgrade and Pristina. The European Union, fortunately, recognised the important role it has in the normalisation process and aims to facilitate it. Although the 2013 Brussels Agreement seemed to be a landmark, it has not yet been implemented, and Kosovo still seeks membership in important international organisations.

These recent events testify that bilateral conflicts between Serbia and Kosovo are still far from being solved. Due to this unpleasant status quo and the lack of a clear perspective, young, educated, and talented Kosovars decided to leave their home in a mass for a better future. We also have to remember that Kosovo is the last potential candidate in the Western Balkans where the EU did not introduce visa liberalisation although the government fulfilled all requirements.

All in all, two decades after the humanitarian intervention of the international community, it is now time to provide Kosovo with a clear perspective for the future. It is going to be a difficult exercise for the actors involved, but, only by this, the normative aspects of the intervention can be analysed and assessed positively. That is why it is important, besides the security and political aspects, to focus on key policy fields such as public administration and public services, as functioning institutions are in the interest of every Albanians, Serbs, and other communities who live in the territory of Kosovo.