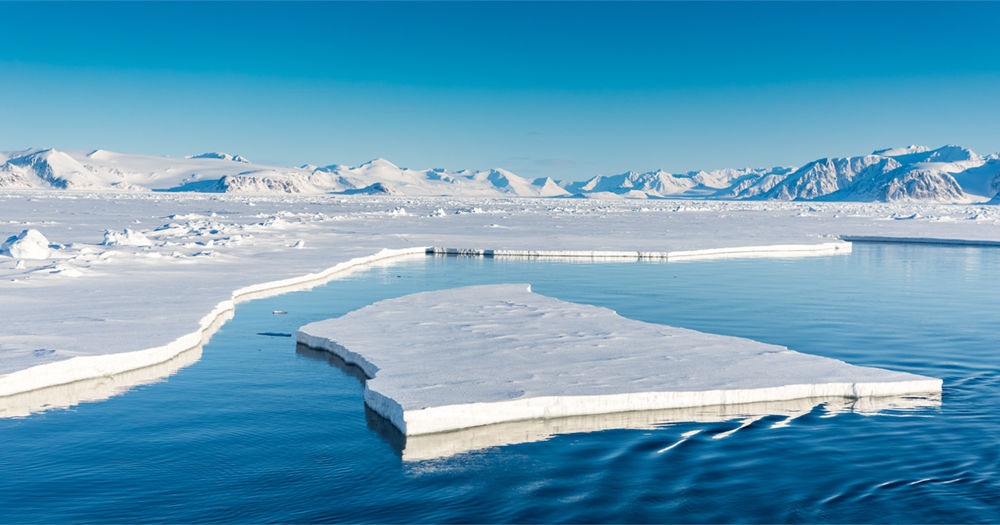 Hidden Potentials below the Arctic

Nowadays, the Arctic plays an increasingly significant role in great power politics because of global climate change. Owing to the melting ice, the region offers untapped opportunities such as yet unexplored natural resources and new sea routes. This piece examines the environmental changes afflicting the region and both the chances and the power race emerging in its wake.

The Arctic region is geographically divided among eight countries: Canada, Denmark, Finland, Iceland, Norway, Russia, Sweden, and the United States. In terms of raw materials, as seen on the first map below, its crude oil and natural gas reserves account for 13% of the world’s unexploited oil and 30% of its unexploited natural gas resources (totalling approximately 90,000 billion barrels and 47,000 billion cubic meters, respectively). The world’s largest gas field, the Shtokman gas field, is also located there, containing almost 4,000 billion cubic metres of natural gas. The Arctic is also rich in precious metals. In Russian territories, there are deposits of nickel, copper, coal, gold, uranium, and diamonds, while, in the North American region, uranium, copper, nickel, and iron are hidden underground. However, because of the high mining costs, the extraction of these stocks—with a few exceptions mainly in northern Russia—has not yet started.

In addition to natural resources, opening shipping routes are another area with great potential. The international shipping industry is still responsible for the carriage of around 90% of world trade, being the cheapest form of transport. In the Arctic Sea, three shipping routes can be distinguished. Two of them run through the US, Canadian, and Russian territorial, and one through international waters. Of these, the northern and north-eastern gateways—marked in yellow in the next figure—are the easiest and safest to navigate. 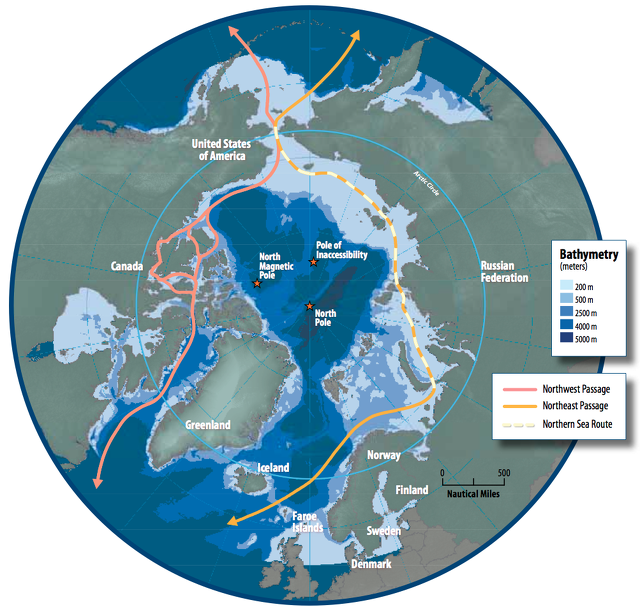 These potential northern routes provide much shorter distances for maritime transportation than traditional shipping routes. As an example, the distance between the Chinese port of Dalian and the Dutch port of Rotterdam will be shortened by nearly 6,000 nautical miles, allowing ships to cross from one city to another ten days earlier. It is no coincidence that countries outside the region are also interested in the northern shipping routes. China pays particularly close attention to the Arctic, and, in 2018, the country published its white paper on the region and launched the Polar Silk Road project, which deals with Arctic investment and research in several respects in collaboration with Russia.

However, in addition to the economic dimensions, we must not forget the environmental factors that greatly influence the realisation of the Arctic aspirations, as well as the regional and—indirectly—the global environmental security. The most urgent environmental problem for the Arctic is global warming, which has accelerated its melting, causing significant ice loss to the region. Arctic sea ice melts and regrows in an annual cycle, freezing throughout the winter months and melting in the spring and summer. It reaches its minimum extent in early September and the maximum in March. Over the past thirteen years, the maximum extent of ice cover has been around 14.5 million square kilometres, more than a million square kilometres less than the average between 1979 and 2000. Meanwhile, the minimum extent of ice averaged 4.5 million square kilometres, with the smallest extent measured in 2012, and the second-lowest last year, in 2019. In July 2020, during solely one month, 3.59 million square kilometres of ice retreated, making the Northern Sea Route—which runs through Russian territorial waters—almost ice-free.

Besides the growing retreat of the ice, its ageing is another major problem. Every autumn, the Arctic seas freeze over with a thin sheet of ice, which glaciologist call first-year ice. These layers melt, break, and drift much more easily than their so-called multiyear counterparts, which are thicker and more resistant to changes in temperature. While, in the 1980s, multiyear ice accounted for 60% of Arctic ice, today, this value has fallen by half. In the case of ice sheets older than four years, their proportion jumped from 30% to 1.2% as seen on the next figure. The melting of ice has a positive aspect associated with the northern shipping routes, but the warming also has a number of negative environmental impacts that could lead to security challenges. 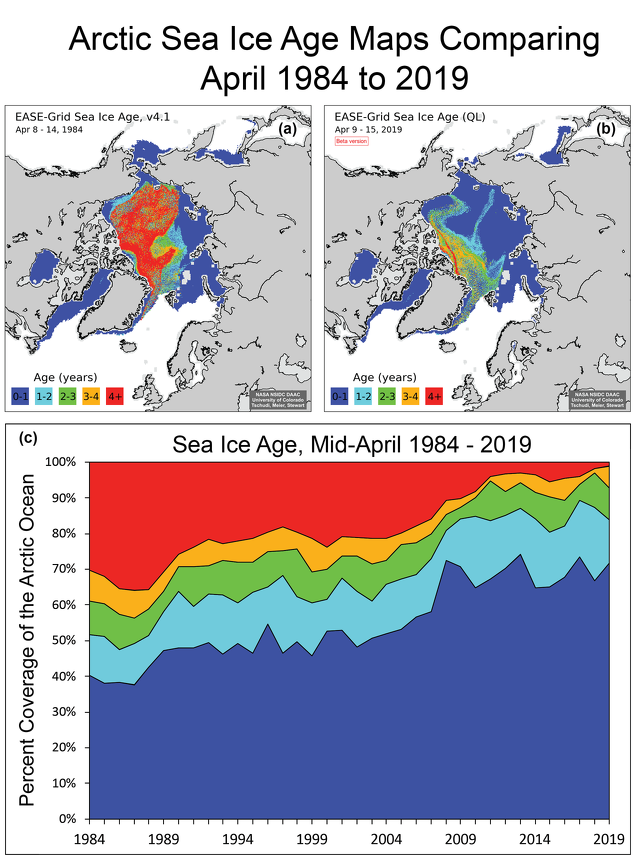 Now, I would like to highlight two security risks posed by climate change in the area: methane released from frozen soil and the issue of bacteria and viruses. The frozen soil in the Arctic contains significant amounts of methane, which escapes into the atmosphere as the soil melts. This greenhouse gas, which is thirty-three times stronger than carbon dioxide, further exacerbates global warming, creating a vicious circle: the warmer it gets, the more methane is released from unfrozen soil, adding to the greenhouse effect. As a result of thawing, bacteria and viruses can also emerge, for example, from corpses, causing new-old epidemics. An example of this is the anthrax outbreak in the Yamal Peninsula in Siberia. It was likely caused by the melting of an animal cemetery in which seventy-year-old corpses of reindeers, killed by anthrax, lay. The herds grazing there could run into them and got infected, later passing the disease on to the locals. Experts have warned of the risk of the recurrence of the incident and even centuries-old Ice Age diseases. 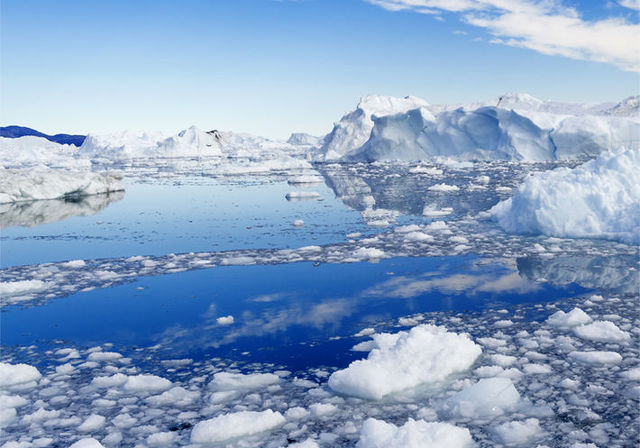 New economic and military–political relations are also emerging in the Arctic, and they may also present new challenges and threats. They are mainly rooted in the competition for control over the region, which has become more intense over the years. It is no longer just among the Arctic countries; states outside the region have also started to show interest. The most significant players today are China, Russia, and the United States. The competition mainly takes place in the economic and energy policy dimensions, but the militarisation of the Arctic is also on the horizon. In particular, Russia is developing its military infrastructure and capabilities in the region through the construction of new ports, military bases, and the modernisation of its Northern Fleet.

Despite the ongoing competition, the Arctic countries have jointly established the Arctic Council, in which countries outside the region can also participate as observers. The council is an intergovernmental forum for coordinating cooperation. The main areas of cooperation are the sustainable development and environmental protection of the Arctic. The organisation consists of six working groups dealing with the reduction of pollutant emissions, the conservation of Arctic flora and fauna, the prevention of industrial accidents, the protection of marine life, and sustainable development. The council does not have its own budget, as its member states provide financial background for its projects.

The European Union also has an Arctic policy, focussing on climate change and environmental issues, sustainable development, and international cooperation in the region. In addition, the Arctic Forum Foundation, which was set up in 2010, has provided a forum for discussing Arctic issues in a broader European context, involving EU institutions and non-EU actors. The organisation pursues its objectives through its three institutional pillars, the Arctic Economic Forum, the EU Arctic Forum, and the Science Policy Forum. The Arctic has become the scene of a geopolitical competition in which the union also needs to represent its own interests, as the future of the region has an impact on European security, too. The union also needs to invest in Arctic development projects to ensure that its interests be represented in the region and that it can actively shape decision-making processes in the area.

King in the North