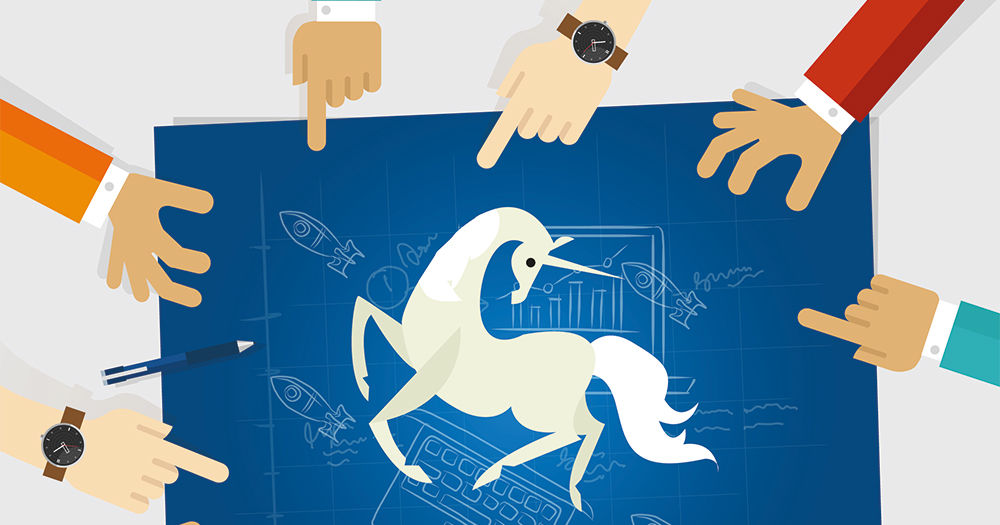 Even today, when talking about Chinese companies, it is generally dumped quality or stolen technology that first comes to one’s mind. However, in the last two decades, innovative Chinese small and medium-sized enterprises have sprouted, and today the country occupies a global leading role in several areas of cutting-edge technologies such as fintech and AI research. Today’s article will review the most important factors helping the proliferation of innovative Chinese companies and introduce the main paths of Chinese innovation and its most relevant companies.

The term “unicorn” began to be more widely used in the technology sector a couple of years ago. It refers to private start-up companies worth at least $1 billion. Available data differs in either the total number of unicorns around the world or their distribution by country. For example, significant differences may arise from which period of a given year was taken as the basis for the calculation. It seems certain, however, that the number of unicorns now globally exceeds 260. While previously US companies dominated the arena (in 2013 more than 70% of new-born unicorn companies were US-based), during the last few years companies outside the US have also reached a growing importance. In 2017 the share of US companies among those that attained unicorn status in that year decreased to 56%. Among non-US companies, Chinese start-ups stand out: their share last year was 31%, while seven out of the ten of the most valuable start-ups were Chinese too.

A fundamental change has taken place in China at the private entrepreneur level during the last two decades: the new generation of entrepreneurs are typically young people in their 20s or early 30s, with firm self-confidence and readiness to take risks. They are digital inhabitants who are not only familiar with cutting-edge technologies but also the latest management trends. China is an especially fertile ground for IT-based start-ups: with the world’s second largest economy, and a population of more than 1.3 billion, the country already has an enormous market, which, due to its dynamically developing middle class, is expected to expand further. The underlying infrastructure (e.g. the extensive broadband internet coverage) and the openness of Chinese people toward technical innovations regardless of their age also incites entrepreneurship. The number of smartphones in China, with around 717 million devices, is already the highest in the world: more than 2.3 times bigger than in India, whose population is similar to China’s, and more than three times bigger than in the US. However, the proliferation of smartphones in China’s huge population is still around 52%. As this share is about 70% in the most developed countries, further expansion involving several million new users is to be expected. In China, smartphones have an important role not only in communication but in online payments too: about 75% of total online payments inside the country are made via these devices. The total value of mobile transactions in China is remarkable even in a global context: in 2016 the number was about $5.5 trillion, fifty times bigger than in the US, and in 2017 it exceeded $12.77 trillion. 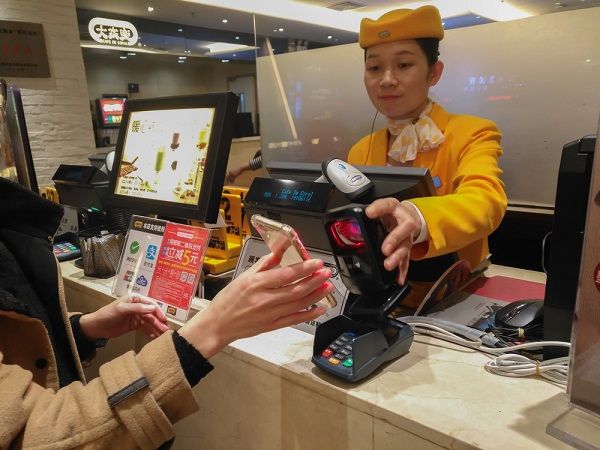 China is number one in the world in mobile payments
Source: Shutterstock

It is a further advantage to China that in the era of “big data” there is a massive amount of consumer data easily available for companies to analyse. Thanks to all the above-mentioned aspects, technical conditions in the Asian country are very favourable for digital-based ventures.

The supportive political atmosphere is yet another important factor for local start-ups: encouraging innovative ventures is in line with the long-term plans of the Communist Party of China (CCP), as expressed in the 13th Five-Year Plan or in the 19th Party Congress. The party wants to push China’s industrial and economic transition to a higher level by increasing domestic consumption, expanding the service sector, and producing high value-added high-tech products. It is worth noting that there is already a term to express the role of start-ups in Chinese economy: it is usually referred to as “technological nationalism.”

Regarding innovative ventures, the fintech sector stands out as another area where China is a worldwide pioneer. Concerning fintech investments, China also ranks first globally. In 2018 the most valuable unicorn is expected to be a Chinese fintech company, Alibaba subsidiary Ant Financial. Founded in 2014, this company now operates the world largest online payment platform, Alipay, and the number one money market fund, Yue Bao. In April the company’s leadership announced that it would raise $9 billion in a private funding round, which, according to analysts, would increase the company’s value from $75 billion to around $150 billion.

Besides fintech, another typical field for Chinese start-ups is public and shared transport. There are more than a hundred cities in China with a population of over 1 million, so it is not surprising that many of the successful start-ups aim to transform urban transport. A good example is ride-sharing company Didi, which had outpaced Uber in value by the end of 2017. The company was founded in 2012 in Beijing by former Alibaba employee Cheng Wei. In just four years Didi became a market leader in China, and by now it has grown to be an internationally decisive player, with more than 450 million users in more than four hundred cities globally. Moreover, Didi has interests in the biggest ride-hailing companies worldwide, including Europe, India, Brazil, and the Middle-East.

The growing demand for shared-vehicle services has been also recognized by Chinese bike-sharing companies. Market leader Ofo was founded in 2014 by a group of Beijing university students, and by today it has become a global enterprise: the mobile app-based company’s yellow bicycles can be found in 250 cities worldwide, including Hungary. In the US alone, the company registered over one million rides in the first three months of 2018. Founded in 2015, also in Beijing, Mobike has now become Ofo’s biggest competitor, and in a short time it has come to be a world leader in terms of the number of vehicles. Similarly to Ofo, Mobike has successfully expanded its activities outside China, and its service is now available in fifteen countries. Both companies use cutting-edge technology: there are no docking stations, as one needs only a mobile application to rent a bike. 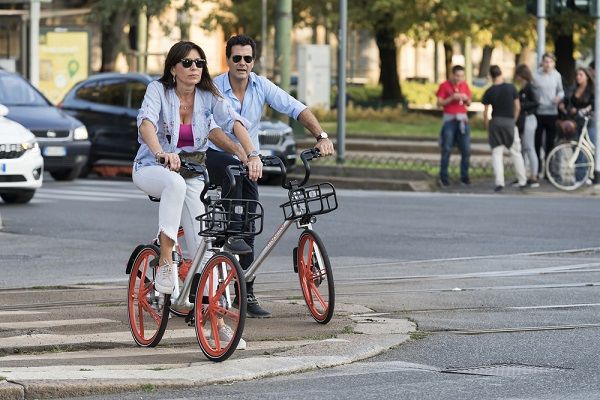 In addition to the above-mentioned services, health care remains an untapped area with great potential for start-ups in China. In spite of the reforms of recent decades, the Chinese health care system still has to face many challenges: it is greatly overburdened, there is a lack of skilled workers, wait times are extremely long, the quality of the service is often insufficient, and patients are expected to pay illegal gratuity. This market gap has been recognized by a growing number of companies. ICarbonX, for example, focuses on digital analyses of customer’s health data in order to create a comprehensive predictive health management system. Founder Wang Jun is a geneticist, and his aim is to create a comprehensive service that offers personalized health and life plans by using genetic information and AI technology. Another remarkable Chinese start-up working in this field is Ping An Haoyisheng (“Good Doctor”). Among other services, the company’s mobile application provides a 24-hour consultation service, quick diagnoses, and online appointment scheduling. Last year Ping An had more than 192 million registered customers and an average of 370 thousand online consultations per day.

While these are the most dynamically developing fields for Chinese unicorns, entrepreneurs of the new innovative generation can be found in other sectors (e.g. agriculture, higher education, catering industry, etc.) too. While most of the numerous initiatives do not live up to initial expectations, the law of large numbers guarantees that there will be many success stories in China. The risk may also be high, but hopes of great profit inspire risk-takers. Promising ideas are often backed by a substantial amount of money from the innovation gurus of the 1990s and early 2000s such as Jack Ma (Alibaba), Pony Ma (Tencent), or Lei Jun (Xiaomi). With this, young companies are not only able to set out to conquer home markets but also those outside China.

Like in many other fields, during the recent years, there has been a rapid, mind-bogging development in digital technology-based innovations in China. Companies which have sprouted in the last couple of years are now competitive not only at home but on international markets as well. Regarding the technology they use, or their revenues and market value, these start-ups have already had a huge impact on the global tech world.