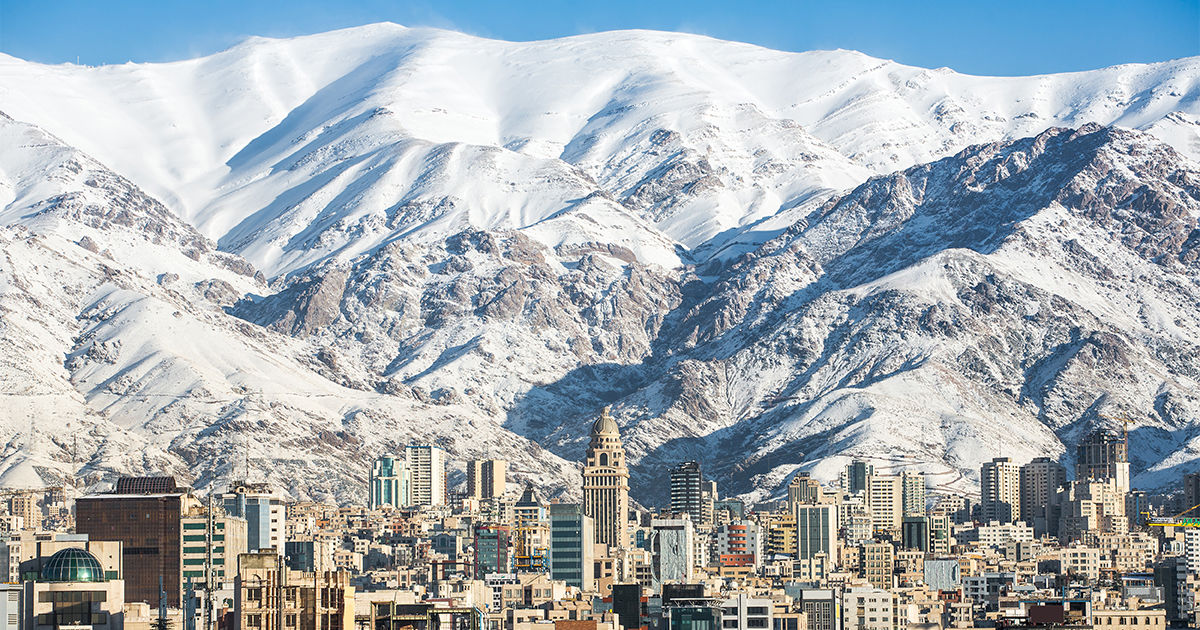 Is Iran on a Tightrope Towards Regional Dominance?

A number of cities were rocked by protest in Iran during the previous weeks, attended altogether by more than ten thousand citizens. Foreign policy experts have posed the question whether this public outcry may destabilize the Iranian regime, negatively affecting its greatly enhanced position in the Middle East. Painting a comprehensive picture of the internal and external constraints on the regime may provide a sort of answer—although the result is far from satisfying for either those who hope for a reduced Iranian power or the allies of the regime.

People took the streets en mass on 28 December 2017 in the city of Mashad, Iran, to express their displeasure over the steep price increase of poultry and egg. These types of grievances can serve as a channel to express animosity over core political issues. Recent protests have since largely died down, which is also shown by the Iranian leadership’s decision to unblock the popular messaging application, Telegram, as the regime apparently does not fear further mass mobilization via the internet. Even though it seems that the storm has passed, the unexpected outpouring of discontent shows the tension between the internal and external interests of the Islamic Republic and poses the question: What may the Islamic Republic do to gain the maximum benefit from the rapidly shifting geopolitical environment? 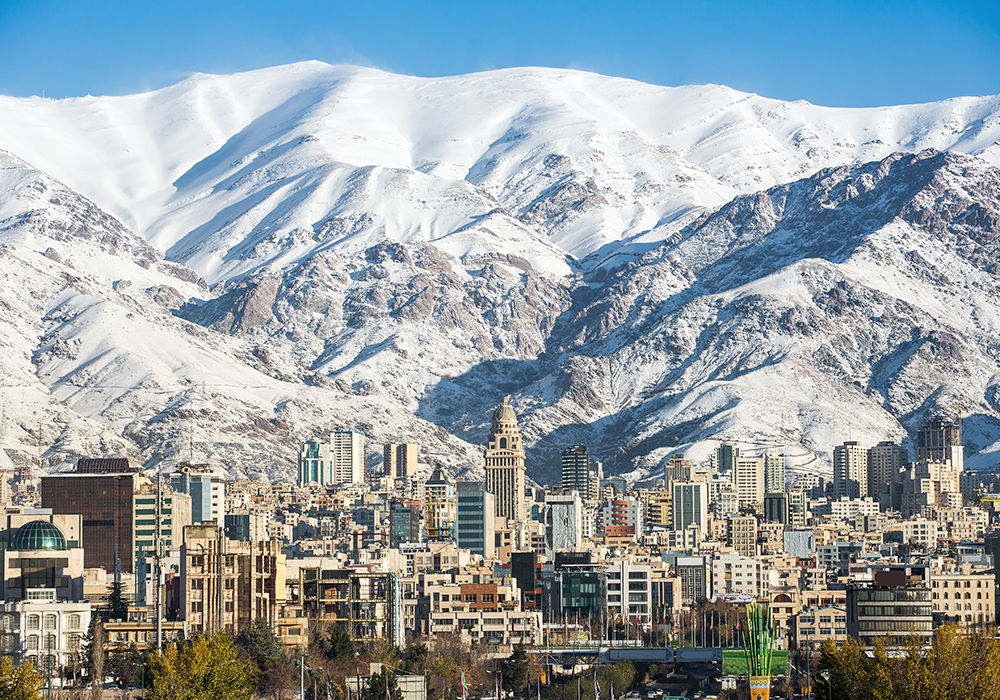 Tehran, capital of the Islamic Republic of Iran in winter
Source: Shutterstock

Iran was set to direct its full effort this year towards cementing its gains and reaping the benefits in power within its sphere of influence that reaches to the Eastern shores of the Mediterranean and towards managing its relations with regional competitors and global great powers. While these tasks will still be important for Tehran, the recent protests came as a stark reminder to the regime that the “home front” is not as stable as some might have thought before. The fact that the initial spark for protest, and I would argue that the inspiration for its subsequent expansion to broader political issues, was the state of the Iranian economy is especially troublesome for the regime. President Hassan Rouhani was elected for the second time in 2017 with the promise of political normalization and greater economic prosperity for the whole nation. While Iran has managed to turn the gradual easing of the international sanctions regime, built to deter it from pursuing a nuclear programme that potentially has a military aim, into a significant overall economic growth, a large part of the society feels that they did not benefit substantially from the gains. Limiting the rate of inflation to a single-digit figure was a key promise of President Rouhani’s, but even the official number is gradually creeping back to over ten percent, while unemployment is also elevating. It is also important to highlight that official inflation numbers are not the same as inflation perceived by the general population, as people’s consumption basket differs from the overall economic output. As part of Rouhani’s economic reforms, the government has recently cut its handouts for 30 million Iranians, creating a significant tension in the population.

President Rouhani and the Iranian political elite have to address this situation in 2018, which necessarily limits its ability to pursue its ambitious regional foreign policy. The previous existence of the Islamic State as a territorial entity led to a rare situation, wherein even the most conflicting powers in the Middle East and beyond had a common threat and thereby a common goal: the elimination of the terrorist organization. With the much-welcome liberation of the territories in Iraq and Syria, formerly under the rule of the self-proclaimed Islamic State, this element has lost its pivotal role. In international relations, like in physics, vacuum cannot exist for an extended period of time if there are actors that can fill it. Regional powers, states, and sub-state actors are currently vying to acquire as much territory and influence as they can in the Iraqi–Syrian battlefield. Iran is in a prime position to reap the maximum benefit in its sphere of influence, but this aspiration will require financial resources and political capital—both based on a stable and prosperous core base at home. Financial turmoil in Iran, as we have seen, rapidly leads to political instability. The recent wave of protest should be alarming to the regime in Tehran, as it shows that even without a full-blown economic crisis, the population can be quickly mobilized.

External factors that Iran has to cope with in 2018 in its sphere of influence are sixfold. The first is Saudi-led effort that aims to roll back Iranian influence. Even though this ambition this year has led in Lebanon to a botched move from Riyadh to undermine Hezbollah, which serves as a regional proxy to Iran, efforts are likely to continue in the future. Secondly, Turkey, alarmed by Kurdish aspirations on its southern border, will become more involved in Syria’s affairs, potentially upsetting Iranian interests. Thirdly, the Assad regime itself also presents its own set of challenges, as the Syrian government does not want to become a leader of a mere puppet state of Iran, therefore continued Russian involvement in the country’s affairs to balance Iran’s will present Tehran with difficulties. Iraq, an even more important element of the Iranian sphere of influence, has averted dissolution by reigning in the Kurdish aspirations for independence, but the Shiite dominated government in Baghdad is aiming to achieve a unity by incorporating Shiite militias in the country. Ironically, just on 15 January, these groups collapsed the Iraqi government, a day after its formation. These groups had key importance in defeating the Islamic State, but since then, they have become a liability, as they are perceived as a threat by Sunni Arabs both at home and by the Gulf partners of Iraq. They are not only connected to the sectarian division in the Middle East, but serve as proxies to Iran, more precisely the Islamic Republican Guard. The fifth challenge might come from Israel, which is gradually becoming more uneasy by Iranian forces infiltrating the Syrian side of the Golan Heights. Israel regularly conducts attacks against Assad-loyalist Hezbollah and Iranian positions in Syria, when it deems it necessary for its security. The Iranian leadership cannot be sure that in 2018 Israel will not counter the Iranian build-up on its border by establishing a security zone through conventional military means. Finally, US President Donald Trump has decided to extend the sanctions waiver on Iran, connected to the nuclear deal, but he has stated that this was the last extension, and unless Iran “fixes” its conduct on ballistic missile development and testing, Trump will “nix” the nuclear deal. The issue is set to re-emerge in a matter of months as the US is aiming to bring reluctant European states to adopt a firmer stance against Iranian ambitions and to close loopholes in the nuclear deal.

With so many external challenges threatening its sphere of influence, Iran has to secure its stability at home. The recent protests point to the fact that the leadership in Tehran has to put more emphasis on handling domestic social demands, which means that Iran faces a three-way strategic decision. It can divert resources to boost its economy at home, which would mean that less funds would be available for military and political activities abroad. This might increase the regional power vacuum that would be quickly filled by other regional powers and sub-state actors, harming Iranian interests in the long run. Alternatively, Tehran may try to maintain its activities in its sphere of influence, risking destabilization at home due to the popular disagreement with spending the much-needed funds abroad. Thirdly, it could try to court international investment, by appeasing the international community, but that would create further power struggle in Iran’s elite, as the hardliners do not want further appeasement towards Western powers by President Rouhani. The political and religious leadership has in fact no flawless strategy for 2018; it can only try to make the best of a bad situation.

The opening pic is by Mazur Travel/Shutterstock