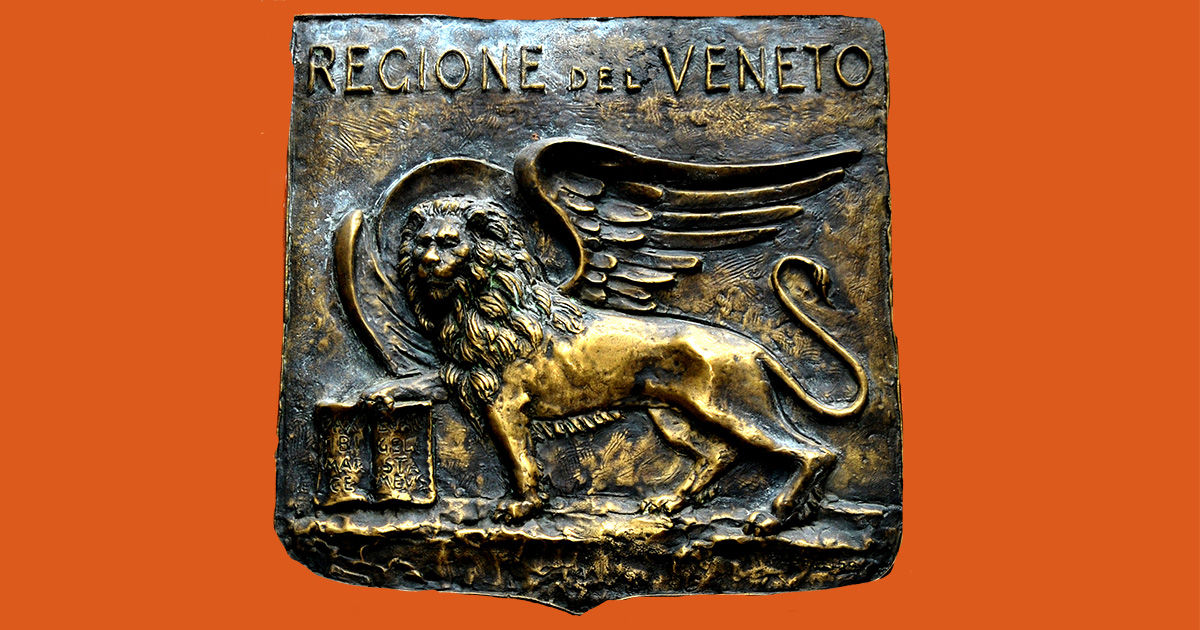 What Is the Outlook for Lombardy and Veneto?

The referendums held on Sunday in Lombardy and Veneto aim to achieve a certain kind of “particular regionalism,” which means getting more control over a number of areas such as environmental protection, the protection of cultural heritage or scientific research. It is worth mentioning that the initiative is inspired by a number of factors, but the most important element that should be emphasized is the economic aspect. The article analyses the above-mentioned issue, as well as the background, the causes, and the possible consequences of the referendum in the light of the results.

There is a division between the South and North in Italy, which is the result of social, economic, and political reasons, and has a historical background. This “conflict” tends to intensify from time to time. The contrast between the North and South is further manifested by the foundation of a political force, called Northern League (Lega Nord) which, among others, expressed the desire for a special status (and a potential secession?) for Northern Italy. We should analyse the two events in the light of the above-mentioned context, even if the initiatives of Lombardy and Veneto cannot be interpreted as a separatist action for independence or secession.

“A referendum will be held in Italy as well,” was the title of the video published by the ANSA news agency at the beginning of October. “As well” referred to the Catalan events, even if, at this point, it was not yet possible to predict how the events in Spain would evolve over time. At the same time, the announcement published by ANSA emphasized that the Italian referendum could not be compared to the Catalan example, as there were several important differences between the two referendums. The most important factors are the following: the Italian government does not have any intention to prevent the action, the initiative is allowed by the Italian Constitution, and the voting does not undermine Italian national unity, as there is no secessionist effort.

The two regions underlined that the referendums were legitimate according to the Article 116 of the Italian Constitution that allows Italian regions to negotiate with the state, and define particular conditions with the intention to extend the autonomy on several competencies. Consequently, Lombardy and Veneto could have wider autonomy at the provincial level in certain areas.

Veneto and Lombardy asked for a referendum with consultative purposes, which, in case of a positive outcome (and the results prove it), would allow the two regions to negotiate with the central government of Rome on “particular conditions of autonomy.” As previously stated by Veneto and Lombardy, some of the issues that they intend to control include those related to tax policy (having a greater share of the taxes they levy), cultural heritage protection, environmental protection, scientific research and international relations. 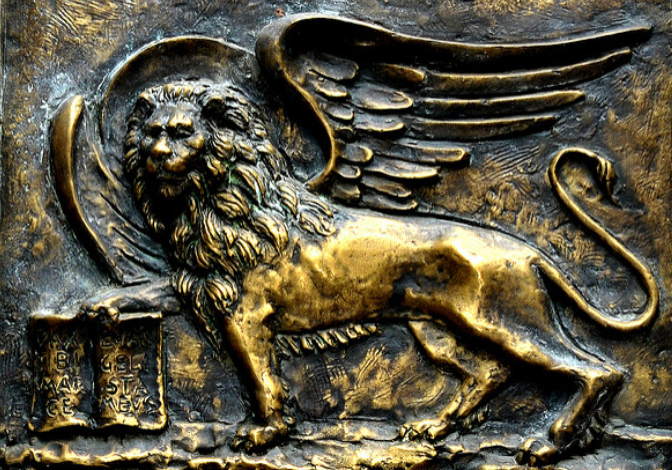 Regarding the background and root causes of the issue, it is worth calling attention to a statement by Roberto Maroni, a politician of the Northern League and the president of Lombardy. Mr. Maroni emphasized that Lombardy was one of the most developed Italian regions, it could be considered as a top target for foreign investments both at the national and European level, and it had one of the most effective and advanced healthcare and social systems (there is, for example, free nursery care in the region). In the framework of the “Agreement for Lombardy” (which initiative, besides other goals, intends to develop transportation network for more secure roads, railways and underpasses), an €11 billion investment has been made for infrastructural development, and the region has achieved significant results in the field of research and development as well.

Another example that verifies the importance of the economic aspect of the question is the fact that the Financial Times ranked Lombardy as one of the most attractive European regions for foreign investment. Lombardy is the “driving force” of Italy, a region that has a unique, special economic rule, and wants to keep this position in the future as well. According to Roberto Maroni’s short speech, which can be accessed by clicking on the official website of Lombardy, the region intends to reach the above-mentioned goal by keeping more money from the internally produced goods, and by obtaining greater autonomy. The Lombard economy and production make up approximately 20 percent of the total Italian GDP, with ten million residents, i.e. around 16.5 percent of the whole Italian population. Lombardy sends €54 billion more in taxes to Rome than it gets in return, an inequality the region hopes to change. Lombardy does not necessarily consider the above number proportionate and fair, in consequence, it would like to keep at least €24 billion of this amount.

In order to understand the economic aspects of the issue better, it is worth considering the following facts as well. Within the framework of the “Invest in Lombardy” program, 550 projects were set up in the region in three years, bringing about €120 million to the area, and creating 800 new jobs. Lombardy’s share of active investments is 18.35 percent within the country, and it is “an absolute winner” for internationalization indicators as the percentage of Italian companies (based in Lombardy) in international groups is currently 48.6.

In the province of Milan, there are 3,285 international companies, creating job opportunities for 280,000 Italian and foreign employees working in the region. In the light of these aspects, it is not surprising that Lombardy does not want to contribute to the “national government coffers” as intensely as it does currently, considering that, in some South Italian regions, in 2016, the unemployment rate among young people was twice as high as the European average. In Calabria, this indicator was 58.7%, in Sicily, 57.2%, and in Sardinia, 56.3%. Ten years ago, there was a similar effort in Lombardy to achieve wider autonomy, but, due to the failure of the Romano Prodi government, this initiative practically withered away. Three years ago, some mayors in Lombardy attempted to initiate a dialogue with the government for the purpose of increasing autonomy, but this effort did not lead to results either. 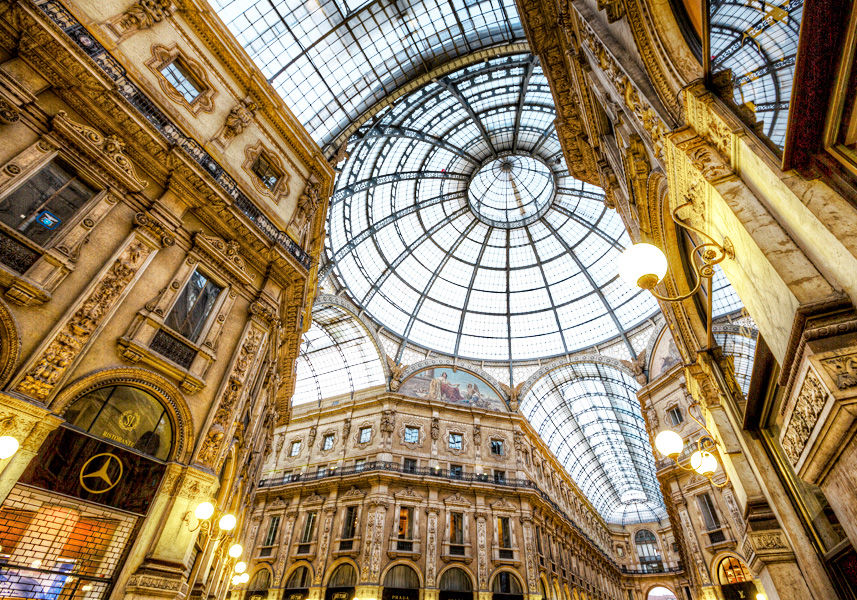 As Lombardy, Veneto would like to achieve wider autonomy and a fairer “giving-and-receiving” system concerning the tax paid to the state and the amount that the region receives from the central government. The difference is currently €20 billion, which is €4,000 per inhabitant, and similarly to Lombardy, Veneto does not consider this amount proportionate.

According to the Italian Constitution, a total of 23 questions are subject to the two referendum. Furthermore, the Italian media previously stated that the two regions intended to discuss topics such as migration and security. After the vote, however, the Italian media reported that the government did not have any intention to initiate negotiations on topics such as security. With regards to taxation, Italian Minister of Agricultural, Food, and Forestry Policies Maurizio Martina said that this issue could not be subject to consultation (and this is true of the security as well), while also emphasizing that this was not his own or the government’s opinion, but the imposition of the Constitution itself.

Analysing the attitude of larger political parties towards the issue, it is worth emphasizing that the referendums are supported not only by the Northern League, which party is the main initiator of the referendum, but also by Silvio Berlusconi’s Forza Italia party, and the Five Star Movement (Movimento Cinque Stelle, M5S) has also stood up for the initiative. By contrast, the Democratic Party (Partito Democratico, PD) had previously stated that the referendum was meaningless, as the Constitution also allowed the regions to initiate discussion with the government on several competences.

The major difference between the two referendums is that in Veneto at least 50 percent plus one vote were required for the validity of the referendum. In the case of Lombardy, such minimum participation has not been set. Voters living in Veneto were asked: Do you want Veneto to be given further forms and particular conditions of autonomy? In Lombardy, however, the question was raised in a longer, more complex way (not modifying the fundamental question of the referendum), referring to the relevant article of the Italian Constitution, which makes the referendum legitimate. Another important difference is that, in Lombardy, voting was not carried out in a traditional, paper-based system, but, for the first time in the history of the country, in the form of digital voting.

As far as the turnout of the referendum is concerned, the following results have been achieved: In the region of Veneto, approximately 60% of the eligible voters participated in the voting (exceeding the minimum participation rate requirement), while in Lombardy, the participation rate was around 40%. In Veneto 98%, while in Lombardy more than 95% voted in favour of greater autonomy. The two regions evaluated the results as a positive outcome. During the coming weeks after the referendum, the presidents of Veneto and Lombardy, Luca Zaia and Roberto Maroni, will initiate negotiations with the central government of Rome in order to gain broader autonomy in accordance with the previously defined objectives.

Prior to the referendum, the practical utility of its mere sense had been questioned by many (as mentioned before, the Democratic Party, for example, also stated that the referendum was meaningless), emphasizing that the Constitution, even without any referendum, makes the negotiation between the regions and the government possible as seen in the case of Emilia Romagna. Like Lombardy and Veneto, this region also initiated a dialogue with the government, which resulted in an agreement between the president of Emilia Romagna, Stefano Bonaccini, and Paolo Gentiloni that was signed on 18 October, allowing further negotiations for the parties. Luca Zaia emphasized that although the votes are not binding, the results and the opinion of the residents will give a strong political mandate to the leaders of the two regions when they embark on negotiations with the central government on the devolution of powers from Rome. It is an important sign and a proof that the two regions really want to make changes.

The results and the consequences of the referendum will be visible in the light of the negotiations with Rome, the course of which will be determined by the events of the upcoming weeks and months. Regarding the question, economist Lorenzo Codogno has highlighted that although the process is not threatening the unity of the state, “it risks opening Pandora’s Box” which, also according to the author of the present article, can motivate some political forces and regions in the future to formulate similar demands and aspirations.