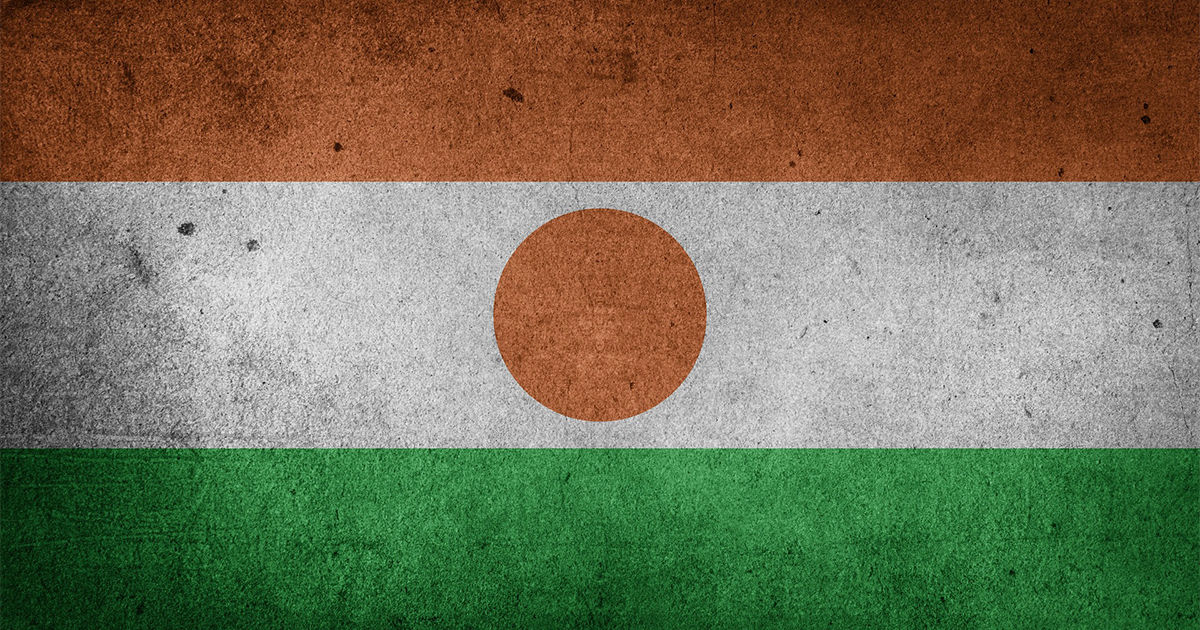 A New Strategic and Geopolitical Direction to Manage Migration, Organised Crime, and Terrorism

Decreasing the number of soldiers in Afghanistan and Iraq, and at the same time, increasing presence in the Mediterranean region, with special regards to Libya and Niger—at the end of last year in her announcement, Italian Defence Minister Roberta Pinotti clearly defined Italy’s foreign policy objectives. They forecast a significant strategic shift from 2018: reducing the military involvement in the Middle East, while placing the Mediterranean and the Sahel at the forefront. Our analysis examines the reasons behind the new logic, the goals, and the strategic importance of the Italian mission in Niger.

As a result of the waning of ISIS, Italy intends to halve the number of soldiers in its military mission in Iraq, while in Afghanistan, it will reduce the number of soldiers from 900 to 700, said Italian Defence Minister, Roberta Pinotti at the end of last year. At the same time, Pinotti pointed out that the decision, which aims at restructuring the Italian international military participation, has a clear intention: to prioritize those countries and regions where Italy has key strategic and geopolitical interests. These areas include the “Enlarged Mediterranean," extending from the Balkans to the Sahel and the Horn of Africa. As in the Sahel, Niger is an increasingly important partner country for Italy, a new military mission in Niger is a key element of this novel strategic approach.

According to previous announcements, the Italian contingent in Niger will include 470 soldiers, 130 land vehicles, 2 military aircrafts, and logistical equipment, furthermore, it intends to support the government and security forces of Niger, with the clear aim of complementing and strengthening Operation “Ippocrate” (Hippocrates), that provides support to the local hospital in Misurata, Libya. The total cost of the operation in Niger is planned to be €50 million in total in 2018; €30 million would cover the period from January to September, while the way the remaining amount will be distributed is to be determined by the next Italian Government. The operation area of the Italian troops has its main centres in Niamey, the capital city of Niger, and Madama, a city located approximately 100 kilometres from the southern border of Libya. The idea of reframing bilateral relations between Italy and Niger dates back to October 2016, when the countries agreed on opening an Italian Embassy in Niamey.

Examining the main goals of the mission in Niger, it is necessary to mention the following highly important objectives: strengthening the border between Libya and Niger through logistical support and training security forces (with the aim to make those forces capable of controlling the country’s borders in the long run), and fighting down terrorism, organised crime, and smuggling. However, the major intention of the military mission is the capacity-building of the local forces, which is an essential tool for securing the common border area between Libya and Niger. Through protecting the border between Libya and Niger, the mission has a strategically important goal: Italy can more effectively contribute to the deterrence of organised crime groups and terrorist networks as well as to stemming migration. The fragmentation of power in Libya and the current fragile political situation have pushed Italy to try to support the country in all possible ways, not just from the Mediterranean but also from the southern part of the country. In the implementation of this objective, the military mission in Niger plays a prominent role.

One of the most important goals of the international military presence in Niger is to provide logistic support and training to the Nigerien security forces. Italy intends to contribute to this process through its military mission.
Source: Flickr, created by: USAFRICOM, licence: CC BY 2.0

Over the past few years, more than 600,000 migrants and potential asylum seekers arrived to the South-Italian coasts via Libya, and consequently, the issue of immigration has become one of the eminent topics of Italian domestic political discourse. The question undoubtedly had a strong impact on Italian election campaign as well; a good example of this was a statement by Silvio Berlusconi, leader of the Forza Italia party, who called the issue of migration a social bomb that is ready to explode. The politician’s statement seems to be exaggerated at first sight; however, migration has undoubtedly resulted in significant social tensions and the dissatisfaction of the citizens. The clear consequence of this frustration is the upsurge of radical and populist parties that sharply criticized the half-hearted migration policy of the Democratic Party (Partico Democratico). The League (Lega) and the Five Star Movement (Movimento 5 Stelle) were able to gain power amidst this domestic political mood because voters had not receive adequate and effective answers to serious problems such as large-scale unemployment, the constant migration of younger population to abroad, and the huge migration pressure on the country.

Considering the mentioned factors, it is not surprising that a strategic change can be observed in the Italian Government’s foreign policy priorities, whereby key elements such as security, stability, and defence are playing a major role now. The externalization of these issues also produces a major geopolitical shift: now, the means of handling migration are not exclusively applied on the route from Lampedusa to Libya, but further to the South, in the Sahel, too. This new logic also means that a move has been done towards the root of the problem, the so-called “pull factors,”* that can highly influence and trigger migration. The incentives to migration are heterogeneous, involving political, social, demographic, economic, and environmental elements within the African continent. The Italian mission in Niger aims to address some of these factors: the problem of weak statehood in Niger, instability in Libya, and radical groups and organised crime in the Sahel. Without focusing on the existing problems, the phenomenon of migration cannot be handled in the long run, so—considering the recent trends in migration—a new approach of tackling the issue is not just an option, but a necessity. Bearing in mind the demographic challenges of the African continent (e.g. the population growth that can be concluded from current statistical data and trends), the international community should apply a new strategy that by a rational analysis, focuses on the root causes of the problem in the countries of origin and transit.

This logic was also reflected in the European Commission’s press release in February, which highlighted the importance of supporting the Sahel, emphasizing that the European Union will help the countries of the region through significant political, security, and development support in the future. The International High Level Conference on the Sahel was co-chaired by the European Union, the United Nations, the African Union, and the G5 Sahel (a country group comprising Burkina Faso, Chad, Mali, Mauritania, and Niger), and the participating parties agreed that the EU will double its funding to the G5 Sahel Joint Force to €100 million, with the aim of improving regional security and the fight against terrorism. At the conference, the parties also set a goal to coordinate and deliver the aids in a quicker, more efficient, and coordinated way in the most fragile regions. With €8 billion in development aid over 2014–2020, the EU is the biggest donor to the G5 Sahel countries.

The success of international military presence (apart from Italy, Germany, France, and the United States are also present in the region with their troops) and the effectiveness of development aids to the Sahel depend on various factors. The mission in Niger means a new potential to improve the stability and the security of the region and to reduce migration; however, it can carry a number of risks, too. The operation takes place in an area where organised crime networks and rebel groups are active in many forms of illegal activity (smuggling of human beings, weapons, and drugs as well as trafficking in human beings), and various regional jihadist groups are present. Among the latter, the Islamic State, the Al Qaeda in the Islamic Maghreb (which is usually—but inappropriately—referred to as AQIM), the Movement for Unity and Jihad in West Africa (MUJAO), or the Nigerian Boko Haram could be mentioned. Consequently, a possible confrontation with these groups cannot be excluded, which is a significant risk factor for the mission.

As the above facts indicate, beyond the possible positive effects, the Italian mission in Niger does not lack potential risks either, and it is still difficult to predict the future effects of the operation, let alone its success or its failure. Considering the actual, fragile political situation in Italy, it is unforeseeable what foreign policy priorities a new government will put on its political agenda. According to previous statements from Luigi di Maio and Matteo Salvini for example, the politicians of the Five Star Movement and the League are likely to follow a more isolationist attitude towards Italy’s presence in international missions. Nevertheless, it is clear that this decision about a shift in foreign policy priorities is an important step in the geopolitical transition process in which Italy pays particular attention to the Mediterranean and the Sahel, and to the problems and threats that come from the region and can have a direct impact on the country. The challenge of migration can only be tackled in the future by a systematic, holistic approach that takes into account the root causes and the pull factors of the problem. In this process, the transit and origin countries must have an indispensable role.

* With regards to the root causes of international migration, the classic theory of the so-called push and pull models should be mentioned. Fundamentally, the theory is based on the fact that potential migrants in the country of destination are inspired to immigrate by the factors they find attractive, whereas, in contrast, the repulsive factors in their country encourage them to emigrate.