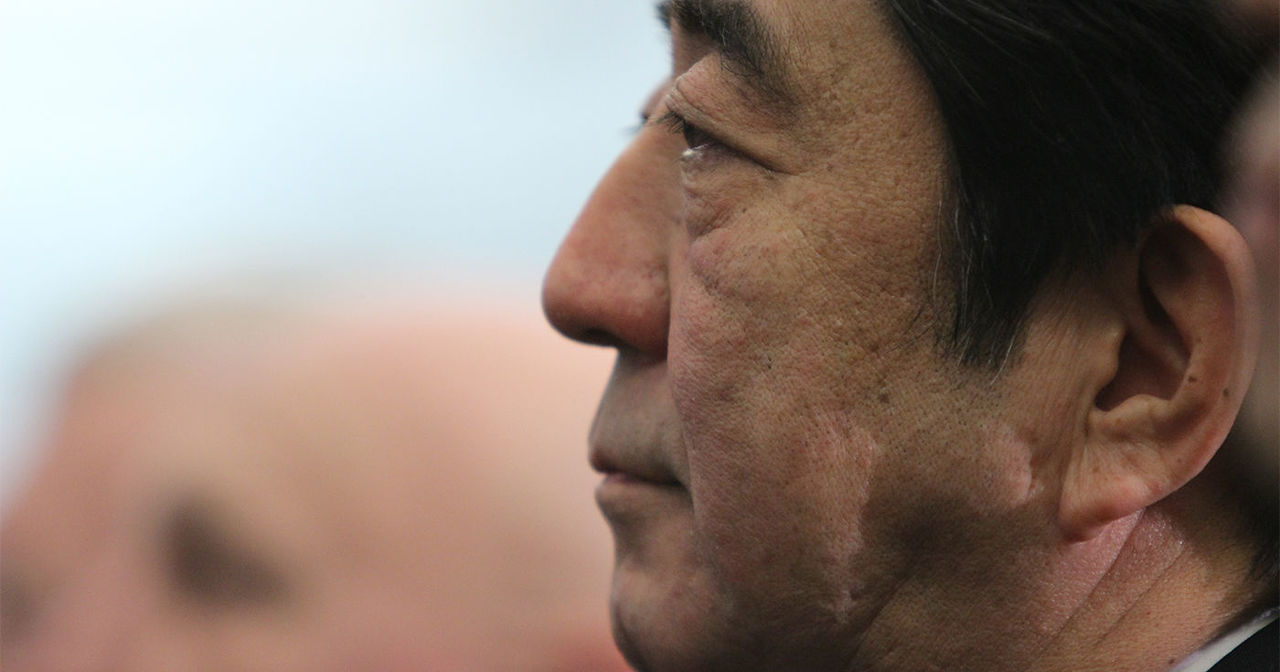 Japan and a very underwhelming election

A new election campaign period started in Japan at the beginning of the month, yet not many international news outlets have covered it. People far from this part of the world might even wonder: “An election, again?” Of course, it has only been a year since the last one, although this race carries different weight. Different election, same expectations: who won, and what? 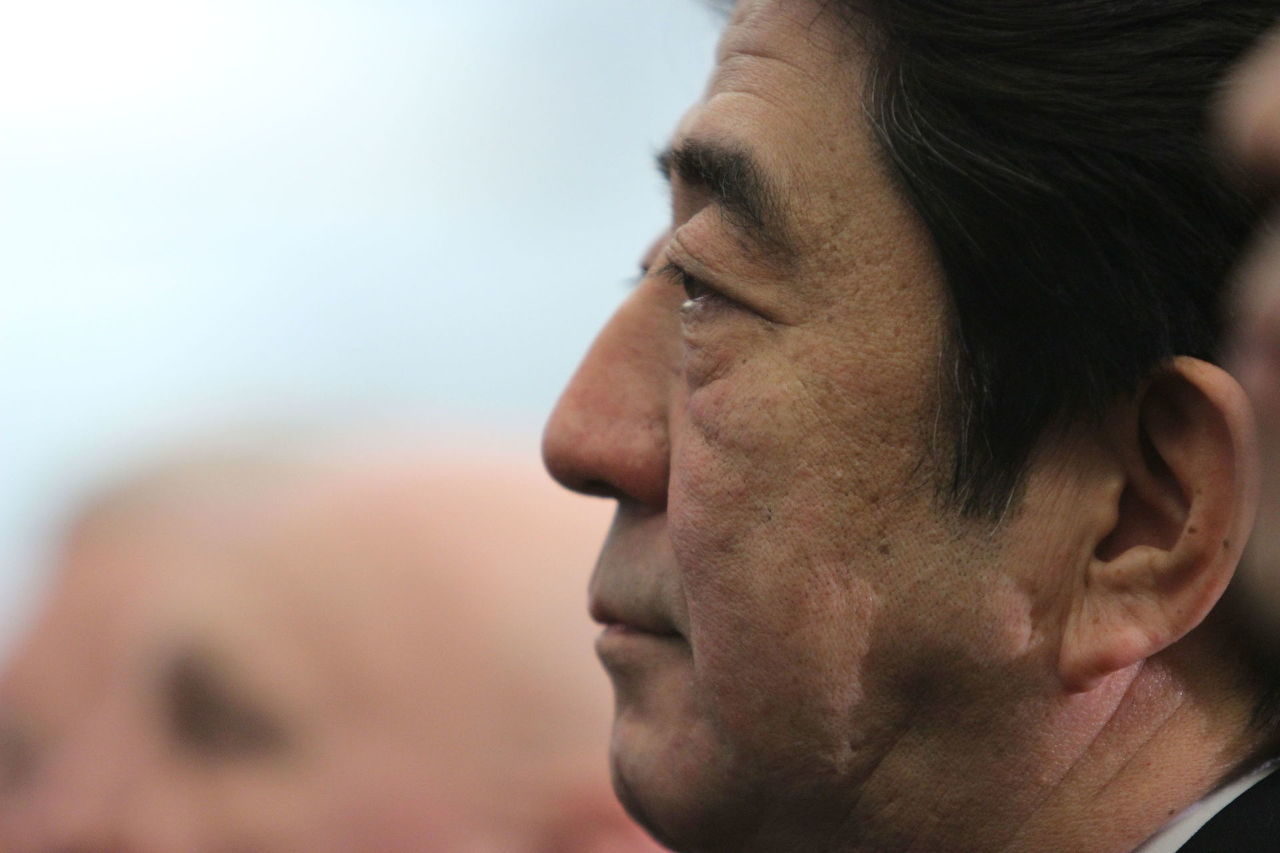 Last year’s elections held particular importance in the eyes of the Japanese and the international community. The people of Japan voted on which political party should govern the country. The political race was becoming unexpectedly heated, as new opposition parties came into existence, while others split up, and some merged together to have a better chance wrestling power from the half-a-century-old ruling establishment: the Liberal Democratic Party of Japan. This party has governed Japan almost continuously since the end of the American occupation, essentially turning the country’s political system into a de facto one-party democracy. How did they manage to do so? For starters, the LDP is particularly talented at adopting opposition party agendas, mobilizing local support, boosting rural employment and relying on demographic trends. The party is quite large, which ensures ideological diversity in the overall conservative mass. Being a conservative politician in Japan is a safe choice, for the society is aging, and 20% of the population is composed of elderly people aged 75 or more. Politicians know this, and therefore build their campaign on conservative platforms, such as anti-immigration or nationalism – even though conservative ideologists have given birth to controversial thoughts like militarism, pro-whaling efforts, the promotion of nuclear power plants, denying the most regrettable chapters of the imperial past, or even racism against Korean and Chinese nationals. These latter elements are represented by the far-right, presumably by a small percent of the LDP, but no one really knows how common these views are within the party.

Nevertheless, in the 2017 elections – despite the great efforts of the opposition parties – the LDP was reelected once again, securing the second term for Prime Minister Shinzō Abe and his party. The election results highlighted the growing need for stability and skills to represent Japan on the international stage. The 2017 missile launches by North Korea and the inability of the opposition to unite against Abe pushed the voters into choosing the usual – the one they are familiar with, even if they do not necessarily like or agree with it.

So who are they electing now? No one, as this election is actually not a direct one involving citizens and the government. September 20 was the day of the Liberal Democratic Party presidential election, where party members elected the head of the party – thus electing the Prime Minister of Japan. The first nominee was, of course, the current PM, Shinzō Abe, and this time he only had one challenger: former Defense Minister Shigeru Ishiba. 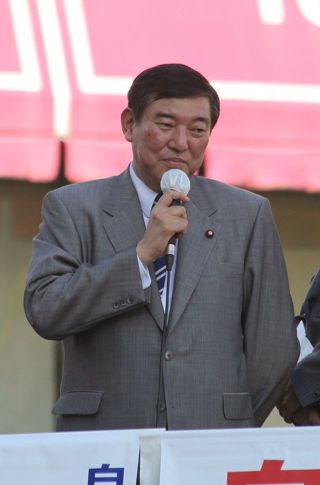 Although they competed in the same league, the two campaigned with very different program points. In the kick-off debate, the difference was quite clear: while Abe built his speech on his accomplishments and challenges that he has been dealing with, Ishiba laid heavy criticism on the current Abe policies, questioning their sustainability. These policies include the famous Abenomics, with its aggressive monetary easing and fiscal spending to boost investment. He also acknowledged certain social issues and expressed his hope for making pre-schooling free for low-income families, as well as helping them save for college tuition. The dangerously shrinking workforce would be also dealt with by expanding the opportunities available to the elderly to work longer.

Major disagreements surfaced on economic policies, which Ishiba finds hard to sustain and thinks should be directed to small-to-medium-sized companies and rural areas. More importantly, Abe’s pet project, revising the peace clause of the constitution, another point of contention. In Abe’s case, the legalization of the Self Defense Forces is a priority, and thus the change would aim to clear up the legal position of the SDF. Meanwhile, Ishiba—who is known for being a military geek—would prefer to have the SDF turn into a proper military force.

However, the deciding factor in the race was not the campaign at all. The votes were pretty much set long before the start of the campaign period. The race began in earnest at the beginning of the summer, when faction affiliations started to form inside the party. Factions are sub-groups which circulate campaigning and other types of funds amongst its members, while providing networking opportunities exclusively. In exchange, the leaders of these factions accumulate considerable influence. PM Abe is (and have always been) the member of the Hosoda-faction (95 members), but interestingly enough, he could never dominate the faction as a leader in title. A natural ally to Abe, and therefore Abe’s faction, would be the Asō-faction (60 members), headed by Finance and Deputy Prime Minister Tarō Asō, along with the Nikai-faction (43 members), led by LDP Secretary-General Toshihiro Nikai.

The biggest question was the allegiance of former Minister of Foreign Affairs Fumio Kishida, who heads the Kishida-faction’s 46 members. Kishida took the initiative last year to step down as a cabinet member, with the presumed aim of furthering his ambition of replacing Abe in the next race. Fortunately for Abe, however, Kishida announced his desire not to run against him in July. Since Ishiba has only 12 members in his faction, it would have been crucial to lure Kishida to his side, because Ishiba would have had a better chance to attract unaffiliated members too. Unfortunately for Ishiba, as Kishida stepped back, he also announced that he and his faction would back Abe in the race. The game therefore was essentially over. 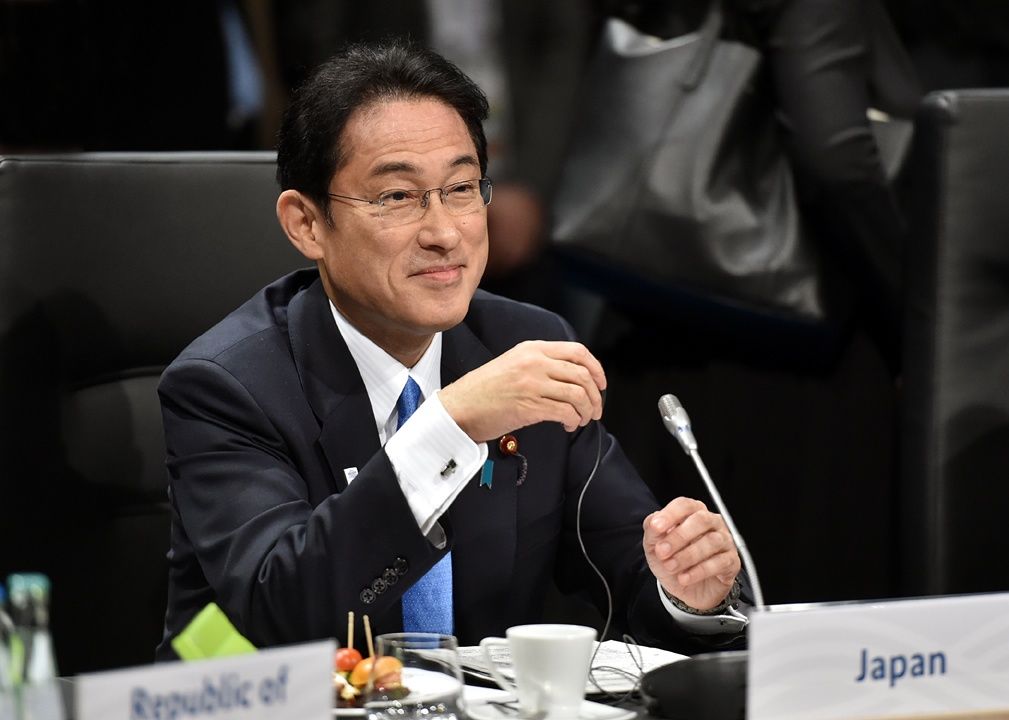 Fumio Kishida on a G20 meeting in 2017
Source: Wikimedia Commons

The election took place on September 20, with Abe scoring 553 votes, and Ishiba scoring 254 out of the total 807. Now that Abe is in the clear again, expect few surprises. Abenomics will continue, and Abe will likely proceed with furthering the cause of the families of the abducted by North Koreans in the 1980s. Settling the score with Russia over the Northern Territories and the WWII peace treaty, and amending the constitution are also on the table. The question of immigration—a taboo for the far-right—has also received increased attention, as the PM has gradually warmed to the idea of opening up the country a little bit more to foreign laborers.

Stability and good representation on the international stage are therefore secured for the people of Japan. Rapprochement with China and South Korea, as well as nurturing relations with the U.S., are all causes championed by Abe, both for the benefit of the country and as a way of making good on his election promises from last year. This LDP election is also a huge personal win for Abe, who will become Japan’s longest-serving Prime Minister next year, and an win of questionable nature and magnitude for those backing him in the race: as favors were definitely exchanged during the summer, observers will have to wait and see what the various faction leaders—and the country—will get out of the win.