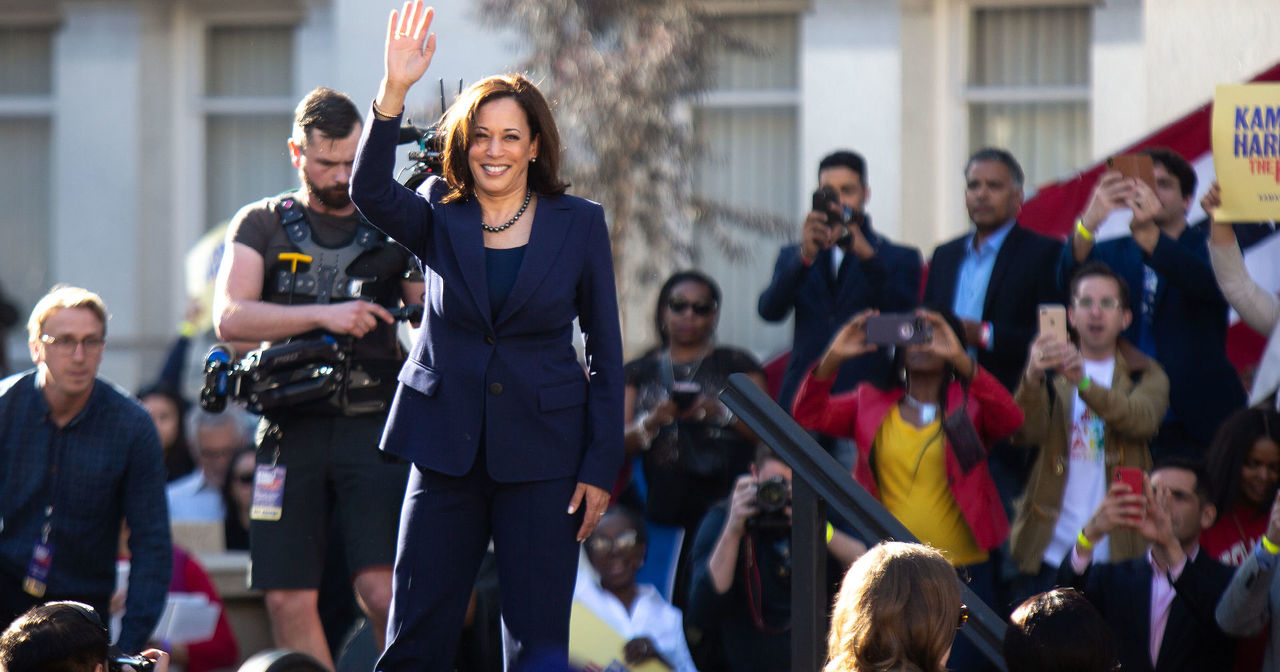 On the surface, Kamala Harris seemed like the perfect candidate for the modern Democratic Party. Yet, save for a brief moment, the things that gave her the appearance of a strong contender never coalesced into a competitive whole, and, on 3 December, she announced that she was dropping out of the race. Let’s take a look at how it all went wrong.

As a lawyer and former state attorney general, Harris has considerable experience with an area where government and people’s lives intersect. As the junior Senator from California, she can claim political familiarity with Washington without having been “tainted” by overexposure to “the swamp” in the eyes of the anti-establishment wing of the party like some of her longer-serving rivals have—and she already scored two viral moments in this role during Senate hearings, cementing her stature as a rising star by relying on her prosecutorial chops. At 55 years old, she was on the younger end of the field—certainly more youthful and in touch with the sensibilities of younger voters than the septuagenarian “big three” (Biden, Sanders, and Warren), and, as a woman of colour, she represents the kind of change that progressive voters attuned to politics of identity have long wanted to see. 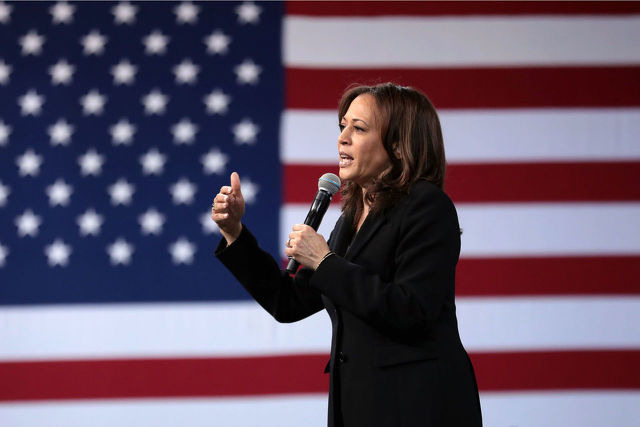 Thus, not at all surprisingly, the Harris campaign hit the ground running. Her kick-off event was attended by over twenty thousand people in her hometown of Oakland, and initial fundraising numbers were promising (she even tied Bernie Sanders’s 2016 record for first-day numbers.) She made headlines with her performance at the first Democratic debate attacking Joe Biden’s record on race-related issues, which remains one of the very few standout moments of these mostly predictable events. She was also quick to secure the backing of members of the Democratic establishment, and, on the day she announced her departure from the race, she still held the second-highest number of endorsements of all the candidates.

However, she failed to capitalise on her initial momentum. Harris bungled the follow-up to her debate performance and made it look like her position on student busing—the specific issue on which she scored debate points against Biden—was more similar to the former vice president’s than her debate performance would have led viewers to believe. The question had not been at the top of voters’ concerns, but her highly publicised clash with Biden elevated it high enough for the missed landing to receive increased scrutiny, and the Biden campaign was, in turn, able to use the issue to criticise Harris for not championing busing during her time as attorney general. In this latter capacity, Harris’s general track record on criminal justice issues—the result of careful manoeuvring in an effort to look tough on crime and remain in the good graces of law enforcement establishment—also proved to be cause for concern for more progressive sections of the electorate.

And then, on top of this, there was the lack of a consistent message and theme—as one commentator noted, her slogans and catchphrases were numerous and disparate, including “For the People,” “3AM agenda,” “Dude Gotta Go,” and “Justice Is On the Ballot.” Perhaps it was an overconfident reliance on her professional background and personal qualities, but the vagueness of her position on busing was symbolic of her entire platform, leaving voters uncertain about where she stood on a number of issues, including health care—a primary concern for Democratic voters in 2020—where her proposal aimed to satisfy both the progressive “Medicare for All” camp and those who would prefer a more centrist Obamacare-based approach, but ultimately left her open for attacks from both Bernie Sanders and Joe Biden. 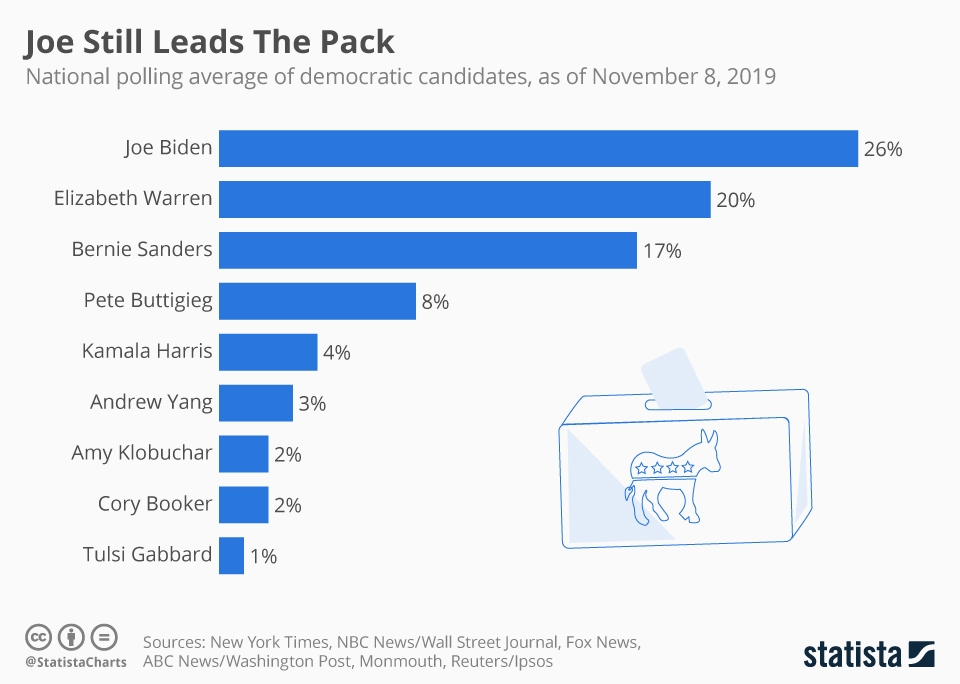 You will find more infographics at Statista

Some difficulties were not of Harris’s own making. While her ethnicity and gender made her an appealing choice for those who would like to finally see woman of colour in the Oval Office, conventions of domestic realpolitik gave rise to concerns regarding her electability. As FiveThirtyEight notes, a black woman has yet to be elected governor, and Harris is only the second such person to serve in the US Senate. With Trump’s victory in the Electoral College in 2016 made possible by very white states such as Michigan, Wisconsin, and Pennsylvania, a safer bet might be more preferable for the majority at the moment than a historic one—which might be part of the reason why Joe Biden holds such a commanding lead among black voters. Harris herself acknowledged this hurdle as “the donkey in the room,” addressing a small Iowa crowd: “Is America ready for that? Are they ready for a woman of color to be president? I’m ready for it. But I don’t know if other people are.”

She ultimately concluded they were not. For the last couple months, the writing had been on the wall—specifically, writing all over news sites about a drop-off in fundraising and disarray in the campaign, developments that ultimately sealed the unviability of her bid for the nomination. Her strong initial cash hauls gave way to disappointing numbers by the second and third quarters, placing her far behind the leading candidates. Stories of staff cuts and ad cancellations soon followed. And the operation was not only shrinking but falling apart. In late September, articles characterised staff changes as a “shakeup” in a “flailing” campaign, but, by mid-November, reports spoke of a full-blown “meltdown.” The core of the organisational issues reportedly stemmed from a lack of clarity regarding responsibilities and authority, splitting the operation into two factions, one centred around the campaign manager, and the other around the campaign chair (who is also the candidate’s sister). These tensions left the campaign without a clear direction while there were abrupt and poorly communicated attempts at course correction, which prompted a staffer to publically voice her frustration: “I have never seen an organization treat its staff so poorly ... I no longer have confidence in our campaign or its leadership.”

But Harris still has a role to play in the 2020 race (and plenty of time to plan a future run). Hers was arguably the highest-profile exit to date, and her endorsement immediately became a highly coveted one—accordingly, former rivals responded to the news by offering glowing praise of her qualifications. In addition to the weight that her stature and earlier endorsements can add to a candidate’s momentum, her hailing from California is especially important, as the most populous state’s primary elections were moved to Super Tuesday (3 March) for 2020, and the high number of party delegates at stake can go a long way toward sealing a victory for a candidate. And if a white septuagenarian does indeed turn out to be the candidate (which appears highly likely at this point), every element of Harris’s background listed above will once again make her a strong contender, this time for running mate, with a fresh start when it comes to messaging and campaign operation. Expect to see her back in the news.