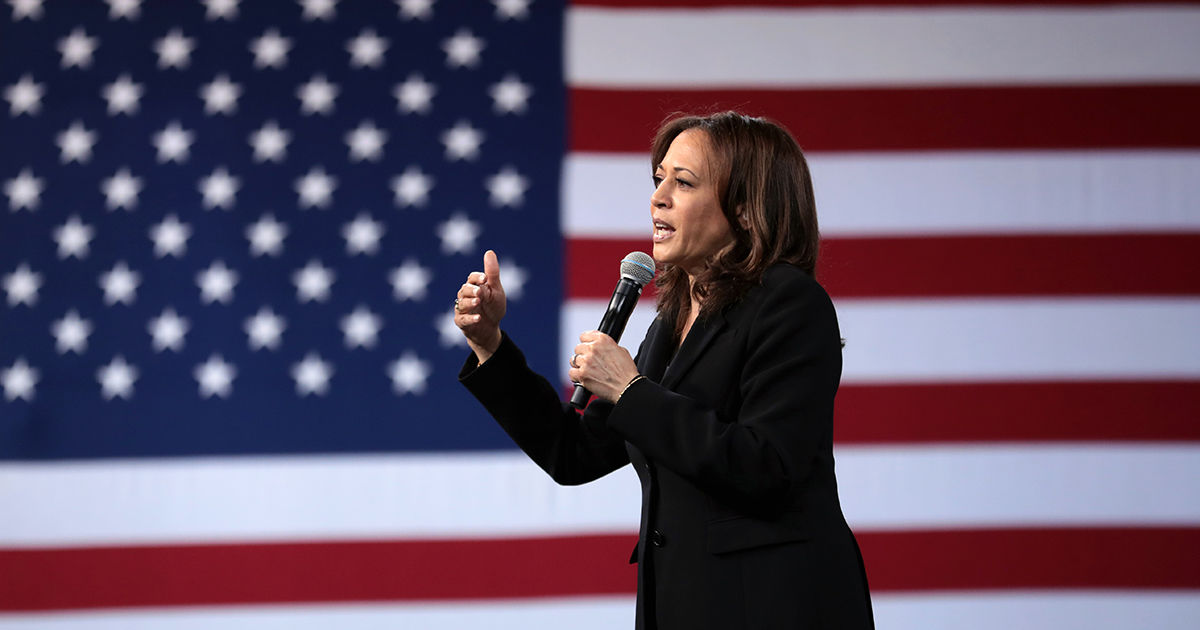 With the announcement of Joe Biden’s running mate likely coming next week, Kamala Harris is back in the news as the frontrunner for the job. But in this current era of increased scrutiny on policing in the United States, pieces of her professional record have come back to haunt her.

A piece I published in late 2019 on Kamala Harris’s decision to drop out of the Democratic presidential primary race ended with the following:

"And if a white septuagenarian does indeed turn out to be the candidate (which appears highly likely at this point), every element of Harris’s background listed above will once again make her a strong contender, this time for running mate, with a fresh start when it comes to messaging and campaign operation. Expect to see her back in the news."

Well, Harris is back in the news, this time as a potential running mate for white septuagenarian Joe Biden. Before the new wave of Black Lives Matter protests, she would have been an easy and safe bet, too, but parts of her professional history have led to concerns that she just was not made for these times.

Harris, a lawyer by trade, spent thirteen years leading up to the start of her congressional career in 2017, first as district attorney, then as attorney general of California. In both roles, she left behind a contentious legacy. In any other year, it would be easier to highlight the more favourable (from the perspectives currently relevant to veepstakes) aspects of her prosecutorial work, but, in the wake of the killing of George Floyd and the new progressive policy priorities that have come to dominate the discourse as a result, the parts that tend to stick out the most are some of the most harmful to her chances of becoming Joe Biden’s VP pick.

The Biden campaign has pledged to choose a woman as running mate and is reportedly looking for someone who can demonstrate the desired amount of personal loyalty to the candidate (which some insiders see as an area where Harris is lacking due to what they perceive as excessive ambition) and help energise younger, more progressive voters without alienating more moderate suburbanites, who have trended Democrat in recent years. Despite Black voters essentially reviving his campaign during the primaries, Biden has a notable enthusiasm gap among young Black voters: according to polling, only 68% of them (in this case, registered voters aged 18 to 29) are planning to vote for him, and only 57% have an overall favourable view of the former VP, representing a remarkable drop from Clinton’s 2016 performance. As a 55-year-old woman of Jamaican and Indian descent with the ability to manoeuvre the establishment to get elected (and later re-elected), the chief law enforcement officer of the Union’s most populous state, Harris, seemingly embodies the delicate balancing act required in this scenario. But with young voters’ general scepticism toward the establishment, the latter achievement has become somewhat of a liability. 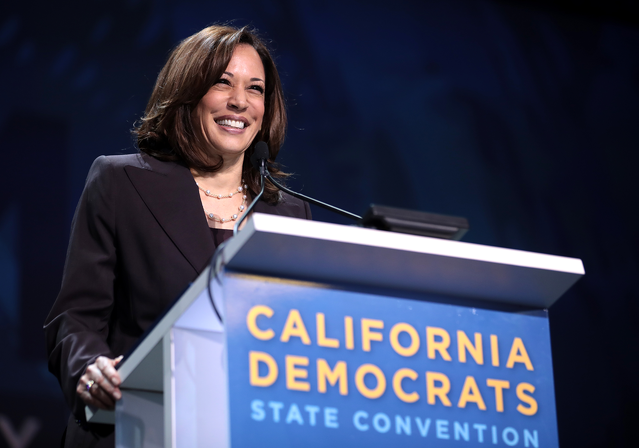 These days, the focal point of much of that scepticism concerns law enforcement. This is apparent in different groups’ support for “defunding the police,” a somewhat inaccurate slogan aimed at redirecting funds from police departments to other institutions involved in preventing crime: overall support for the idea varies greatly based on how the question is asked, but young and Black voters consistently appear the most supportive. And when the question is whether policing needs changes, the answer is a resounding “yes” across every single demographic, with most going as far as to say that that change should be major rather than minor. Not exactly the best time to be on record, referring to yourself as “top cop,” then.

Beyond the now inconvenient self-labelling, Harris’s record also features several moves and positions at odds with the reforms that many on the progressive side would like to see. She may have made waves early in her career as district attorney by standing up to, among others, police groups by refusing to seek the death penalty for a person convicted of shooting an officer but would later appear more calculating when weighing reforms against potential pushback by the people at her department. Critics frequently cite the high number of convictions for marijuana-related crimes under her tenure—and point out the hypocrisy in her later coming out in support of legalising the drug. More importantly, as California’s attorney general, she opposed a bill that would have required her office to investigate police shootings and stood silent when efforts at reducing penalties for non-violent crimes were on the table. Her office also defended police officers accused of misconduct, and, in an as-of-yet moderately publicised case, one of the prosecutors under her secured a conviction based on falsehoods. There is considerable nuance to be considered in most of these cases, of course, but with post-Floyd protests still taking place, and the 2020 Democratic National Convention beginning on 17 August, the VP pick announcement will have to come soon, and, due to the social and political climate, is bound to be a much stronger statement than, for example, the selection of Tim Kaine was in 2016. Simply put, the time is just not right for nuance.

This is not to say that Harris should be counted out—far from it. She is still considered the frontrunner for the job, due to—in addition to the traits listed toward the beginning—her high profile as a prominent elected official in California and later the US Senate, as well as her commanding stage presence, which she has repeatedly demonstrated during the primary debates and her public clashes with Attorney General William Barr. In this regard, she also complements Biden’s more subdued approach to the current campaign very well.

The above-mentioned risk factors would also be fundamentally recontextualised in the general election. Young Black voters might not feel very enthusiastic about a Biden presidency right now, but when faced with the choice between the former VP (especially with a Black woman as running mate) and President Trump, this doubly Democrat-leaning group is likely to fall into their regular patterns. Still, it is a legitimate worry that picking Harris could result in loss of support from the progressive Left (which includes many young Black voters), whose support the campaign has done much to win, with some success. But this potential trade-off has also diverted attention from a major advantage of Harris as VP candidate, which is that she would likely be a very difficult target for the GOP. Her record is devoid of radical moves in any direction, and the contentious cases discussed above were largely products of the “tough on crime” approach that represented a compromise between the two major parties—and remains popular among Republicans.

Indeed, it appears that, at this point, the Biden VP-vetting group’s number-one concern is, as mentioned above, whether Harris would make a loyal vice president. If these reports are to be believed, the potential loss of progressive credentials during the election will not be a deal-breaker, which would fit the pattern of the Biden campaign being only moderately accommodating to the pressure to move leftward. So, once again (but carefully): do not be surprised to see Harris back in the news.