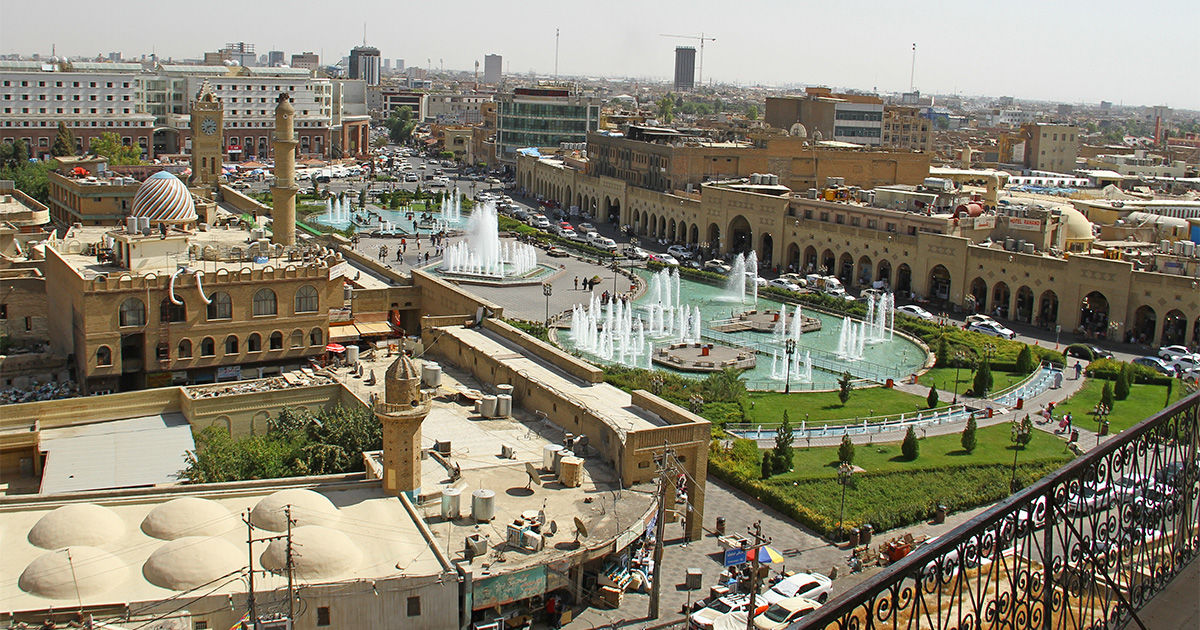 One vote at a time

As the Islamic State crumbles, a new phase of power struggle is starting in the Middle East. The most potent of these actors are the Kurds, who are set to hold an independence referendum on the 25th of September in the territories controlled by them in Iraq. While the referendum will not immediately lead to the creation of a new independent state, it points to the emerging mosaic of the new theatres and dimensions of conflict in the Middle East.

The Kurds, the largest stateless ethnic group on the globe, are set to define the coming era of the ongoing Middle Eastern power struggle on two fronts. While the future of Kurdish autonomy in Syria will be of high significance, the most immediate development will be the independence referendum in the Iraqi Kurdish core, the autonomous political entity of the Kurdish Regional Government (KRG) set to be held on the 25th September. The vote was announced in June by the KRG’s President Masoud Barzani, sparking a wave of condemnations from Washington, Baghdad and virtually all major regional and global powers, with one exception, Israel. 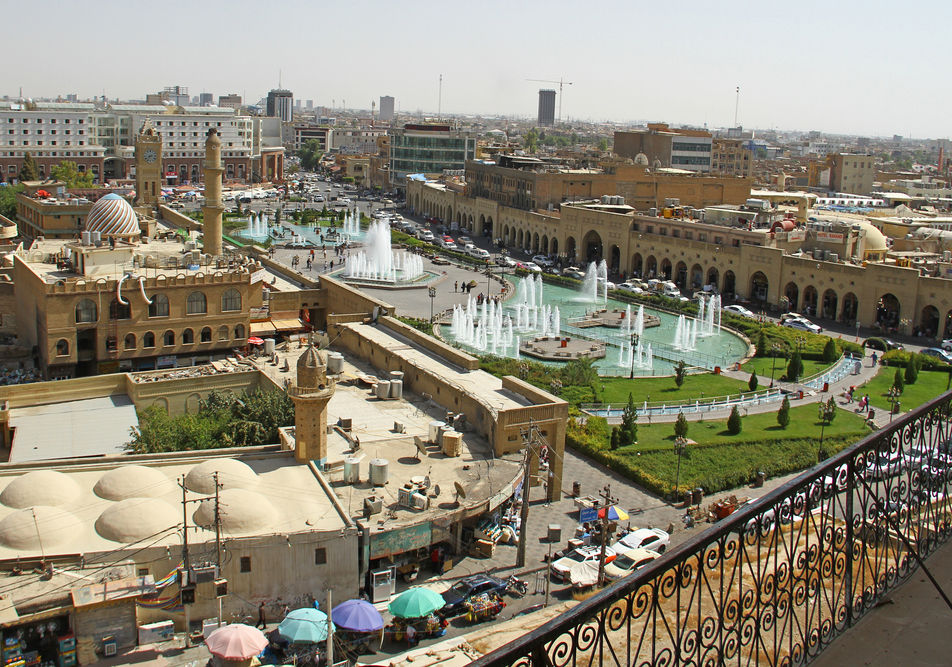 Regional implications of the vote are numerous, and make Washington’s stated reason for opposing it, claiming that it would divert energy from fighting the Islamic State dubious, as the ISIS, as a territorial entity is in its final days. Kurdish, Iraqi and Syrian loyalist forces close in on the last strongholds of the Sunni jihadist organisation, with the support of active Iranian/Shiite ground forces, American and Russian aerial backing. ISIS will not cease to exist, but will go undercover among members of the population, as it did during previous surges of American military presence in Iraq, and continue its fight as a more traditional terrorist, insurgent force. The power vacuum emerging in its place motivates all regional actors to capitalise on this development, by sizing territory, and using the window of opportunity to gain legitimacy for these, and in the case of the Kurds, previous gains. The grand prize is the oil rich city of Kirkuk, which does not belong officially to the KRG but will join the independence vote pointing to the fact that Kurds are aiming to bring de facto gains into a de jure dimension.

Middle Eastern actors, especially Turkey and Iran, together with the latter’s regional allies, the Assad regime’s Syrian forces and the Shiite-led Baghdadi government are well advised to oppose the historic Kurdish referendum. An independent, or even an autonomous Kurdish political entity in Iraq will serve as a rallying flag for Kurds living in neighbouring countries, in Turkey, Iran and Syria, in symbolic and real terms as well. Furthermore, the independence referendum may start a chain reaction among other minorities in the region, which is the most threatening to Iran, in which Persians make up only half of the population, with ethnic minorities living in well-defined geographical locations. A vote of independence on the other hand might offer a solution for Sunni populations disenfranchised in Syria and Iraq by the Alawite and Shiite ruling elite respectively. The referendum of course worries a number of countries outside the Middle East, as the People’s Republic of China, the Russian Federation and minor powers such as Great Britain and Spain all struggle with their own existing or emerging separatist movements. 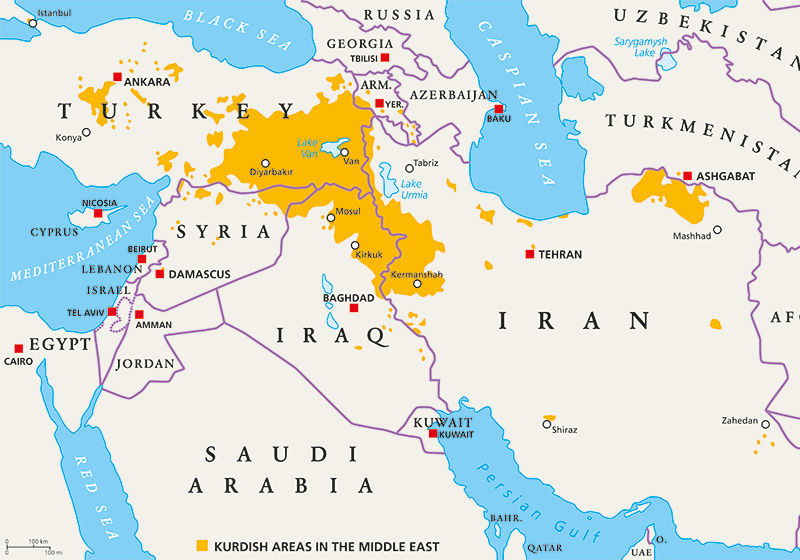 Kurdish populated territories in the Middle East and beyond
Source: Shutterstock

A Kurdish push for independence in Iraq is a tempting development for a few regional actors, such as Israel and the Sunni Arab states. Israeli grand strategy relied on maintaining strong relations with regional actors, while breaking the hostile envelope surrounding it. Kurdish independence may serve Israeli interest through the creation of a highly capable political entity, which would be in tense relations with Israel’s current arch enemy, Iran and in the same time would act as a balance against Turkey. Israeli Prime Minister Benjamin Netanyahu praised and expressed his support for Kurdish independence efforts. While words matter, weapons matter more, and Israel, with its advanced military industrial complex capable of independently producing main battle tanks, missile defence systems and small arms, not limited by a binding treaty alliance with anyone, might have the freedom of action to support Kurdish efforts. Sunni Arab states present a more complex issue, but they would be also interested in obstructing the more capable non-Arab regional great powers by supporting the creation of a thorn in their spheres of influence, overlapping in the Syrian-Iraqi battlespace, pointing to the heart of the Middle East.

The referendum on the 25th September shall not lead outright to an independent Kurdish state, but to more manoeuvring between Erbil and Baghdad regarding power sharing and control of finances and territories. Kurds might not even be ready for a sovereign state as they are much less unified, speak very different dialects and have differing political outlooks. Without external threats, although of which there are many, an independent state might very well sink into a Kurdish civil war, as has South Sudan. The vote therefore is only the first stage of a coming era defined by more political manoeuvring and lesser scale military activity in the region, but the emergence of a Westphalian, stable state order in the Middle East is not forthcoming anytime soon. What we will rather see the power struggle of established regional core powers over the fluid political and military landscape with one more power struggling to emerge, an independent Kurdish state.