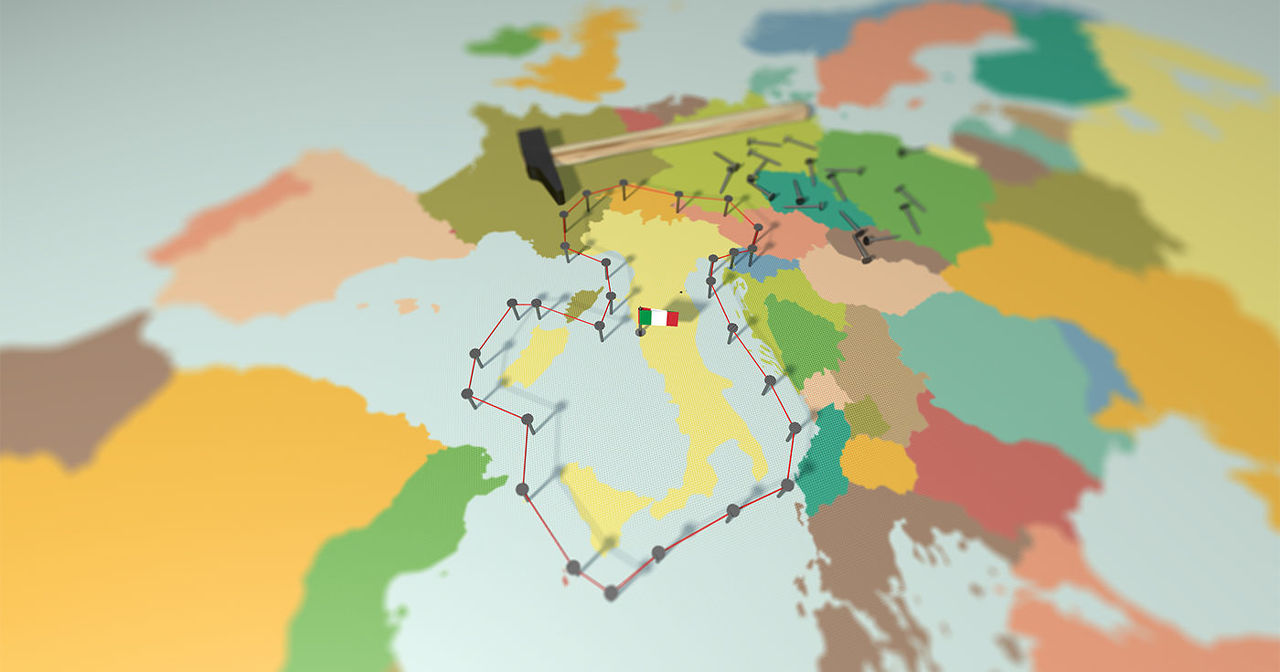 Towards a New European Approach to Manage Migration?

Shortly after the launch of the yellow-green coalition, the new Italian government made its intention clear in addressing the issue of migration through a common, systematic European solution. The background of this new approach is that in recent years, the country has been facing a significant pressure because of immigration. Consequently, the Conte Government emphasized that in the future, Italy cannot be left alone (“L’Italia non può essere lasciata sola…”) in the management of migration. The new leadership has given a clear signal that it no longer accepts the previous situation, and it intends to apply a more pragmatic and unswerving migration policy than before.

Shared responsibility, common solutions, and solidarity: these are the most important priorities that the new government would consider desirable in the future to handle immigration. The background of this new approach is that although the number of arrivals in Southern Italy has been considerably lower than in the second half of last year—from the middle of last year until the middle of this year, the number of migrants and potential asylum seekers decreased by 85%—in recent years, the country has been exposed to a significant migratory pressure: more than 650,000 people have arrived to the Southern Italian coasts on the Mediterranean Sea in the past five years. 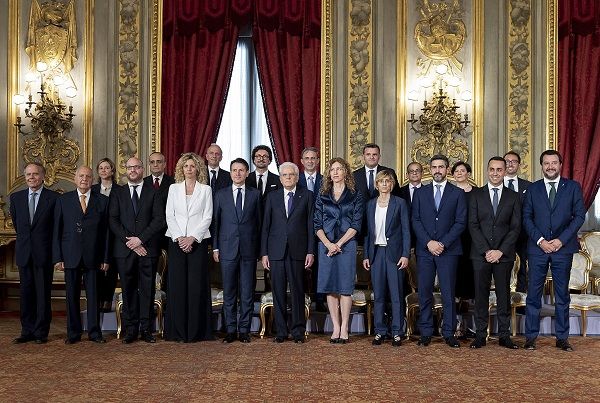 One of the most important priorities for the new Italian government is to handle immigration in a more pragmatic and determined way.
Source: Wikimedia Commons, created by: Presidenza della Repubblica

The case of the Aquarius ship in June was an excellent example of the current debate in Europe, which put issues such as common solidarity and responsibility in the focus of attention. The 629 migrants and potential asylum seekers on board were stranded in the Mediterranean, as both Malta and Italy made it clear that they would not let the ship and its passengers disembark on their territory. The stalemate was solved by the decision of the Spanish government to allow the rescue vessel—and the two Italian ships that provided support during the journey—to dock in Valencia. The example of the Aquarius vessel has highlighted two contradictory European approaches: a political debate over the lack of common solidarity in Europe, and, in parallel, the humanitarian aspect of the problem, which emphasizes that persons on the ship cannot be viewed as sheer numbers, as there are 629 human lives and destinies at stake. A serious diplomatic tension also evolved between France and Italy, as the French presidential office declared the Italian government’s decision on the Aquarius rescue boat to be cynical and irresponsible. At the same time, Gabriel Attal, spokesman for the LREM (La République en marche!, Forward!) party led by Emmanuel Macron, called the Italian standpoint nauseating in Brussels. The conflict between the two countries was finally resolved, but the root of the problem and the phenomenon itself remain unaddressed: although a continuing migration can be expected from the African continent in the future, the European Union is yet to provide a common, comprehensive, and effective response to the challenge. The logic of the Dublin Regulation and the EU relocation scheme poses difficulties, since their practical implementation seems problematic, while Italy would like to see common responses, emphasizing that not only Italy but also Europe as a whole must be responsible for this issue. 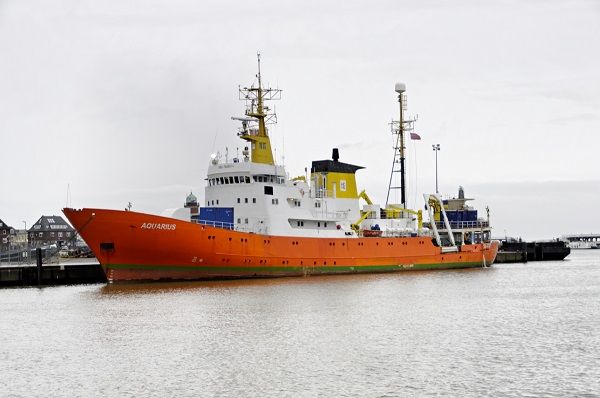 The countries participating in the migration mini-summit held on 24 June tried to find answers to the mentioned dilemmas, while Italy presented a ten-point proposal package. This includes measures such as:

The negotiation of the Italian proposal package was one of the top priorities of the EU Summit on 28–29 June, after which Italian Prime Minister Giuseppe Conte stated that it was a “more responsible and solidary” European community that left the meeting. Although a significant part of the Member States expressed its willingness to support Italy in reconsidering the logic used to deal with migration and to implement certain aspects of the Italian reform plan, there was no concrete intention to modify the Dublin Regulation itself. Matteo Salvini expressed his scepticism over the results of the summit, pointing out that he did not trust verbal promises but wants to see concrete actions, efforts, and financial support from other EU Member States. The expectation expressed by the politician seems logical considering the fact that the Dublin system imposes a real burden on the Italians, because currently, according to its “first country” principle, accepting new arrivals and conducting asylum applications is in most cases Italy’s responsibility. As long as the present system (i.e. the Dublin Regulation) is the main guiding principle of migration policy, a lot depends on the goodwill and solidarity of the Member States, and on how and by which means they are willing to collaborate with Italy in the future, and contribute to the rescue activities in the Mediterranean.

Regarding the question of immigration, it is worth mentioning that the challenge for Italy currently is not the number of arrivals: as a result of the Italian and Libyan measures introduced last year and some other circumstances, the number of arrivals in Southern Italy has significantly decreased compared to the previous months. To illustrate these trends: during the first four months of 2018, 9,300 people reached the Southern Italian coasts, 75% less than in the same period during 2017. Comparing the last six months of 2017 with the same period of the previous year, a similar decrease could be observed. It is also worth pointing out that the decreasing tendency could first be experienced from the second half of July 2017, as in the previous period, until 15 July 2017, the number of arrivals at the Southern Italian coasts was 30% higher as compared to the previous year’s data. The real challenge of the problem is the high number of people that has accumulated in recent years (in the last five years, more than 650,000 people has arrived in Italy), as well as issues such as the evaluation of asylum applications, the sustainability and effectiveness of the migrant reception system, and the question of integration. One significant aspect of the problem is the fact that while in January 2014, there were 15,000 asylum applications to be investigated, in the beginning of 2018, the proportion of those cases exceeded 150,000. Taking into account the number of monthly requests received on average, without any new arrivals, Italy would need about one and a half year to handle all requests. Comparing the German and the Italian asylum systems, it can be seen that while in Germany an average of 50,000 asylum applications per month are investigated by the authorities, this number is around 7,000 in Italy.

In the light of the above facts, it is not surprising that in many cases, we can come across opinions criticizing the system’s sustainability and effectiveness. Examining the structure of the Italian reception system, it is worth emphasizing that although the SPRAR system (Sistema di Protezione per Richiedenti Asilo e Rifugiati, Protection System for Asylum Seekers and Refugees)—which was created sixteen years ago and intended to guarantee the protection and long-term integration of asylum seekers and refugees—could provide services for 25,000 people in 2017 as compared to the limit of 4,000 in 2012; currently, 86% of the refugees still receives help from outside the SPRAR system through the participation of other organizations. While in 2014, one of three asylum seekers and refugees received support through the SPRAR system, currently, it is only valid for every seventh person. Therefore, increasing the capacity and efficiency of the SPRAR system should be a priority, which would guarantee a much more sustainable and transparent system in the long run.

Concerning the issue of shared responsibility and solidarity, it is worth pointing out that from 350,000 arrivals in Italy between September 2015 and April 2018, 35,000 asylum seekers (i.e. 10% of the arrivals) should have been transferred to another EU country based on the European Union relocation scheme, but only 13,000 persons, less than half of this number, were actually relocated. The process was also hampered by a requirement which allowed to relocate persons belonging to nationalities whose rate of recognition for international protection exceeded 75% within the group. For Italy, this ratio was valid only for the Eritrean, Iraqi, Somali, and Syrian refugees; however, in the aforementioned period, only 21,000 people arrived of these nationalities. Consequently, this precondition has itself excluded the effective and comprehensive realization of the relocation. Regarding the issue of solidarity, it should also be stressed that in terms of the financial efforts to manage migration, the EU Member States’ contribution in 2017 was about 8% of the Italians’ burdens. Italy spent 4 billion euros on migration last year, while the EU’s financial support to Italy for managing migration amounted to 240 million euros. Considering the number of arrivals, it can be seen that out of ten migrants and refugees arriving in Italy, the country is still responsible for nine persons.

Regarding the issue of integration, it is worth taking a look at labour market statistics: according to a survey conducted in 2014, on an EU average, it took from five to six years to reach a 50%, and 15 years to reach a 70% employment rate. All these indicate that the challenge of migration and its different aspects are extremely complex, while their treatment requires significant efforts from Italy.

Considering the mentioned facts, it is not questionable today that Italy takes a huge responsibility for managing the issue of migration, and given this, the logic behind the new approach taken by the new government seems to be reasonable. The prospects for a desired European solidarity, as well as the future of common responsibility and solutions will hugely depend on the new government’s rhetoric and communication. Therefore, making a stark distinction between pragmatic positions and radical statements—which can be experienced during the last period’s diplomatic relations as well—would in any case be highly recommended. So far, with regards to both the new government’s communication (e.g. Salvini’s statements on migration have already created tensions with Tunisia) and the question of shared European responsibility, we could witness different—both positive and negative—cases and examples, too.