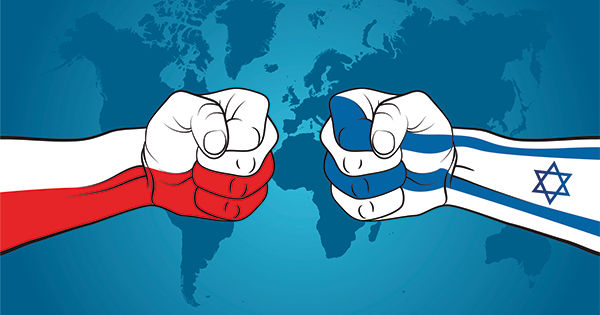 The Polish-Israeli conflict over the Holocaust

This year, a new law by the Polish government that had banned the use of the term “Polish death camps” in connection with the Holocaust caused a serious diplomatic row. The Israeli political leadership immediately condemned the bill and said that it inhibited free speech and rewrote history. The relationship between the two countries has since deteriorated, and it seems that only high-level negotiations can solve the conflict.

For the Poles, it has always been a serious problem that the country has often been linked to the Holocaust, as death camps were built on occupied Polish territory during the Nazi occupation of the country. Of course, it were the Germans who set up death camps, however, it cannot be denied that they were helped by collaborators during the construction and operation of these camps. Still, using the term “Polish death camps” without further clarification can be misinterpreted, leaving unclear whether the adjective “Polish” refers to the location or the creators of the camps, thereby hurting many Pole’s sensitivities. Holocaust-related manifestations always touch a chord with Israel, especially when the role of the guilty is relativized. The issue of “Polish death camps,” however, goes back to a Barack Obama speech held at a medal awarding ceremony in 2012, when the President used the term “Polish death camps,” instead of “Nazi death camps.” Even though, on that occasion, the problem was solved by a letter of apology from the US President, this year’s conflict is expected to take longer.

Against this backdrop, in January 2018, the lower house of the Polish parliament passed a bill which sets a maximum of three years in prison for anyone who uses the term “Polish death camps,” or claims in public that the Polish state or the Polish nation were responsible for the Nazi crimes. The law is clearly stating that it is illegal to accuse the Polish nation of complicity—whereas it is unclear what it exactly means by the term “the Polish nation.” Therefore, it is open to question whether, for example, accusing one person or one city of complicity is a felony. For this reason, presumably, Polish President Andrzej Duda submitted the law to the Constitutional Court, despite the fact that he had signed it in February. Israel protested against the law before its coming into force, which caused a serious tension in the bilateral relations of the two countries. Israeli Prime Minister Benjamin Netanyahu said that the law hindered free speech, distorted the truth, rewrote history, and denied the Holocaust. After these comments, the Polish government stated that important Israeli politicians and the media were attacking them for the bill, claiming that Poles shared responsibility for the Holocaust.

The tension between the two countries increased during the Munich Security Conference in February. Polish Prime Minister Mateusz Morawiecki was asked by an Israeli reporter* whether under the new law the reporter himself could be penalised for telling a story in Poland about his mother who had survived the Holocaust and told him that some Poles had collaborated with the Gestapo. Morawiecki replied* that of course it was not a crime to say that there had been Polish perpetrators, as there were also Jews, Russians, and Ukrainians, and not only Germans among them. Israeli Prime Minister Benjamin Netanyahu, who was also attending the conference, immediately reacted and said that Morawiecki’s speech was outrageous. He also remarked that the root of the problem was his inability to understand history and his lack of sensitivity to the tragedy of Jewish people. This sort of harsh criticism from the President had been expected, as Morawiecki’s reference to the Jewish perpetrators had touched upon a really sensitive issue. After the event, as it had been anticipated, many Israeli politicians condemned the Polish Prime Minister’s words and the law on social media. 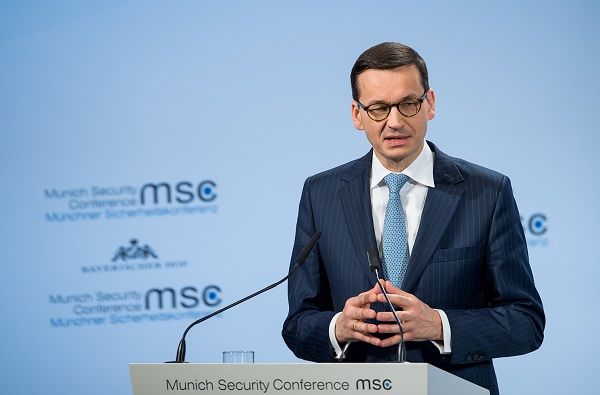 Shortly afterwards, the two Prime Ministers could have a more a relaxed conversation, and at the beginning of March, a high-level Polish delegation went to Israel to hold talks on the issue. The Polish emphasized that they would like to have a dialogue which respects the sensibilities of both parties, while the Israeli Foreign Ministry stated that the purpose of the negotiations was to preserve the historical truth and to prevent any harm done to its investigation and expression. Actually, both parties were only ready to express their posture, and so, no real progress was expected. After the meeting, both sides made positive statements and added they were ready for new talks. Later, in the lower house of the Polish Parliament, Foreign Minister Jacek Czaputowicz also referred to the Israeli protest during a speech and said that the two presidents would go together to the March of the Living in the former Nazi death camp, Auschwitz. Though there were no hints at the negotiations about Polish complicity in the Holocaust, this announcement could be interpreted as a progress as the venue and the event are important to both countries. Nonetheless, it was clear from a speech by Israeli President Reuven Rivlin a little bit later at the Yad Vashem Holocaust Memorial Museum that their standpoint had not changed and that the law inhibited free speech and distorted the truth. The President said that no nation could enact the oblivion of the Holocaust.

As stated by the Foreign Minister earlier, the two Presidents eventually attended the March of the Living together. On the event, the Polish President emphasized the positive aspects of the Jewish–Polish relations in his speech, saying that for 1,000 years, the Jewish nation had regarded the country as a safe home and they had even fought for independence together with the Poles. He highlighted that this coexistence had been ruined by the German occupation and the measures against Jews. The President made no mention of the Polish complicity, on the contrary, he emphasized that the Polish resistance groups had helped Jews. Presumably, this was a reaction to Rivlin’s earlier speeches at Yad Vashem and at a press conference before the March of the Living, in which the Jewish President had referred to the complicity of the Poles. 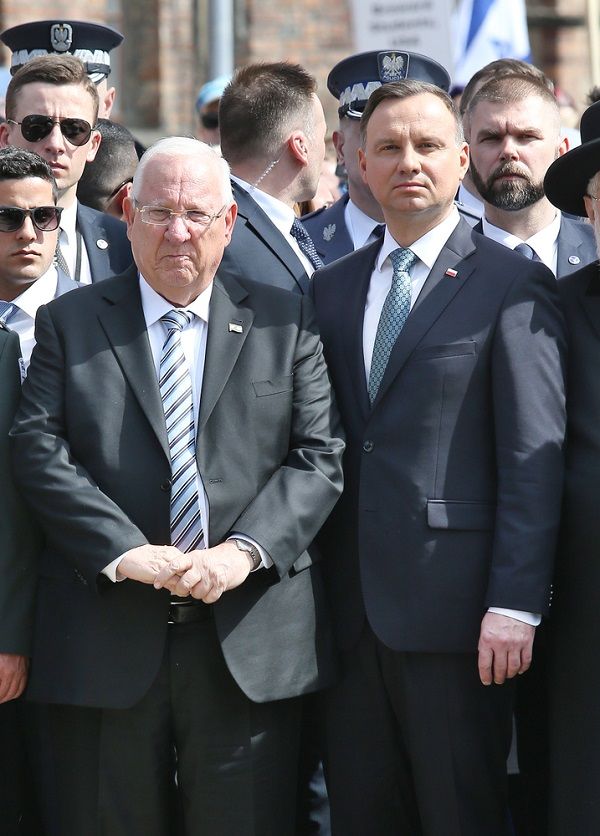 It is clear that even a dialogue pursued on the highest level has not solved the problem; moreover, the two countries persevere in their position and do not show willingness to reach a compromise anytime soon. The severity of the conflict is well illustrated by the fact that the United States urged both governments to resolve the disagreement. As an Israeli diplomat mentioned, the US State Department had made it clear that even though they did not like the law, Poland was an important ally for both of them and so, the issue must be dealt with circumspection and caution in order not to harm the alliance.

It is difficult to anticipate how long the conflict will last—a step forward and more effective talks are only expected after the Constitutional Court has examined the law. For Israel, the most viable solution would be the abolition of the law, because, as the Israeli President earlier said, for them the legislation itself is constituting the real problem. That is why negotiations are expected to take a longer period of time, since the Polish government has no interest in abolishing the new law altogether. Small wonder, as such an act would leave it without means to protest any statements that link Holocaust to the Polish nation. Nevertheless, since the law contains inaccurate expressions such as the “Polish nation,” these will presumably be clarified after the Constitutional Court has examined it. The subsequent negotiations will make a positive or negative change in bilateral relations depending on how much the Polish government is willing to transform the law.