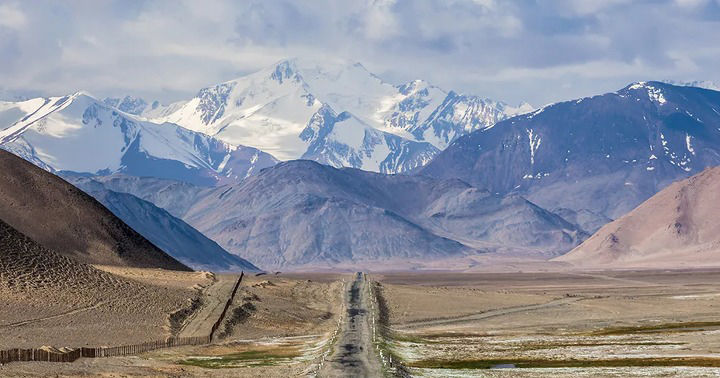 Tajikistan and the Great Energy Game

Until the agreement in 2013 to construct the long planned, but since stalled pipeline project of the Central Asia – China gas pipeline network, the so called Line D, Tajikistan had seemed to remain left out from those initiatives aiming at the construction of gas pipelines of geostrategic significance in the region. Recent news highlighted that Tajikistan reached initial progress with the realisation of the project, which is a modest, but essentially important step in advancing Tajikistan’s role in the regional energy security architecture. Nevertheless, the implementation of the whole project is still more than doubtful.

The power competition between the 19th-century British and Russian Empires for the control over Central Asia is often referenced as the "Great Game," and as an analogy to this, we can rightly refer to today's increased geopolitical attention and competition for the region's natural resources as the "Great Energy Game." Currently the focus of this competition is – among other things – on the abundant natural gas reserves of the post-Soviet states of Central Asia. Kazakhstan (1,885 billion cubic meters), Turkmenistan (9,805 billion cubic meters), and Uzbekistan (1,504 billion cubic meters) have significant gas reserves, while Kyrgyzstan and Tajikistan are poor in hydrocarbons. The issue of access to Central Asian energy resources has become a major energy security aspiration in recent decades for energy-hungry countries such as China, India and the member states of the European Union. Accordingly, ideas for various pipeline projects aiming at bringing hydrocarbons from Central Asia to these countries have frequently come up in the past decades.

At the same time, it is important to note that despite these efforts, many key infrastructure projects in the region have come to a standstill, or are at least experiencing significant delays.
The Trans-Caspian Gas Pipeline, planned to be constructed as an undersea link between Turkmenistan and Azerbaijan and aimed at carrying natural gas to the European markets, could not be implemented so far as a result of various political and economic reasons. The approximately 1,800 km long TAPI pipeline project planned to stretch along the route from Turkmenistan, through Afghanistan and Pakistan to India has been going on for many years, but the implementation of the project has brought only very limited results, and many factors, including political, economic, and security challenges, give further reasons to remain sceptical towards the project. Similarly, the so-called Line D project, the fourth branch of the Central Asia – China gas pipeline network linking Turkmenistan with China is also facing serious delays.

The Central Asia – China natural gas pipeline network departing from Turkmenistan and crossing through Uzbekistan and Kazakhstan to China was commissioned in 2009. By now a total of 3 pipelines (A-B-C) operate with a combined throughput capacity of 55 billion cubic meters per year. The majority of gas transported to China by this pipeline network is supplied by Turkmenistan, while Kazakhstan and Uzbekistan contribute to the supplies to a lesser extent. In 2013, an agreement was concluded that a fourth pipeline would be built to satisfy China’s gas demand, allowing the new branch to deliver an additional 25-30 billion cubic meters of Central Asian gas to China each year. However, the approximately 1000 km long Line D has been designated on a different route from the one mentioned above, so it would have to follow the Turkmenistan-Uzbekistan-Tajikistan-Kyrgyzstan route before reaching China. 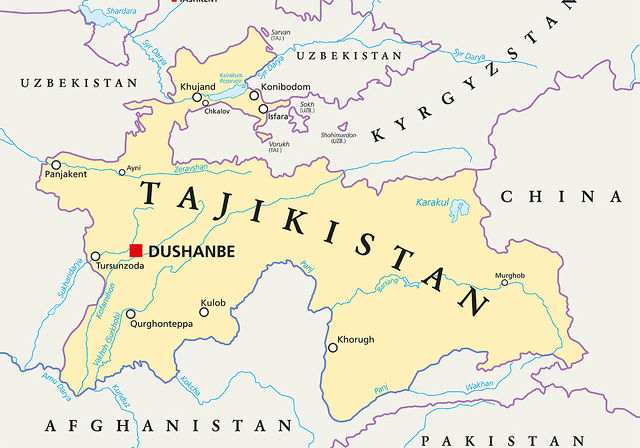 The shortcut which proves to be longer. Perhaps this is the best way to describe the situation of Line D, which is significantly shorter in geographical terms than the A-B-C lines, however, this project is surrounded by much more complex issues. In line with this, it is important to underline that the project has been in constant trouble since its announcement in 2013. News circulated that already in 2014 there were contradictions between Kyrgyzstan and China, and between Tajikistan and China, partly on the pipeline route and partly on the setting up of joint ventures that would implement the project. According to media reports, early in 2016, the Uzbek side suspended the project and a few months later the Kyrgyz authorities decided to follow suit. Later, in the spring of 2017, it was repeatedly announced that the project had been postponed to an indefinite period of time by Uzbekistan. The target date for the project was initially 2016, which was postponed to 2020, and later to 2022.

For Tajikistan, as the poorest state in the Central Asian region, the Line D project is of particular importance, so in this article we confine ourselves to focus on it. Construction works of the Line D project in Tajikistan were officially started in September 2014. This was followed by news confirming that the works have been resumed in the summer of 2017, and in early 2018, too. Based on the aforementioned information, one can conclude that substantial progress has hardly been made with the project, but one can see that the preparations have been stopped several times during this period. After a prolonged break, the first news reports were released in late January 2020, reporting the completion of the first tunnel for the pipeline in Tajikistan, which was reaffirmed in March 2020.

With regard to Line D, it should be noted that the new pipeline will take a different route than the first three branches of the pipeline system, since it will not cross Kazakhstan, but will go through the territories of Kyrgyzstan and Tajikistan instead. This diversification of the pipeline route, at least in principle, can offer the opportunity for Tajikistan, along with Kyrgyzstan, to become part of the region's energy security architecture, from which they have been left out of so far, at least when it comes to natural gas pipelines. This will increase the geopolitical significance of the country as – to some extent – it can become part of the “Great Energy Game.” However, it is important to note that based on current information Tajikistan will only appear as a transit state in the project, and as such, it will not use Line D that will traverse 400-kilometer long on its territory for the purpose of import. The pipeline promises significant revenue for Tajikistan: according to the data available, Line D is expected to generate 15 billion USD in revenue over a 32-year period for the Tajik-Chinese joint venture responsible for the infrastructure, of which 1.2 billion USD in tax revenue and 2.5 billion USD in dividends is expected to go to the state budget of Tajikistan. It is undoubtedly interesting to look at these figures in the light of the fact that for the poorest post-Soviet state, Tajikistan, this is a non-negligible revenue: the country’s GDP was only 7.523 billion USD in 2018. In addition to that, Line D represents the largest Chinese investment in the country: China provides more than 3 billion USD funding for the project. Moreover, it should also be highlighted that the investment is supposed to provide work to around 3 thousand people in a country, where in the hope of better living conditions masses choose to work abroad. Tajikistan ranks fourth in the world in remittances as percent of GDP, accounting for 29.02% in 2018.

For Tajikistan, Line D is undeniably of major geopolitical and economic importance, but at the same time, it should be seen that the news published in March 2020 concerning the construction works show only very modest results. Based on the available information, so far altogether one tunnel has been completed for the future pipeline, which means more than 40 such structures remain to be constructed. According to news published in 2019, the completion of the Tajik section of Line D is estimated to be in 2024, which means a multi-year delay compared to the original plans. It further complicates the picture that other parties to the pipeline project should also show at least partial progress on their respective sides: in recent past there has been no sign of such progress from the other countries involved. China will need to increase its gas imports in the years to come, which confirms that it will probably need more Central Asian gas, and thus it will need the Line D, however, experts also point out that Beijing may also have an interest in delaying the project, not only until certain corporate reforms in its gas transmission sector are being implemented, but also until the country’s longer term gas demand scenario becomes more predictable. To this end, China should first see how its gas balance will look like after imports from Russia, both through the newly inaugurated Power of Siberia pipeline, as well as in form of LNG will be received. This, in turn, could affect the future of Line D both positively and negatively, which has obvious consequences for all the Central Asian states involved, besides Tajikistan.