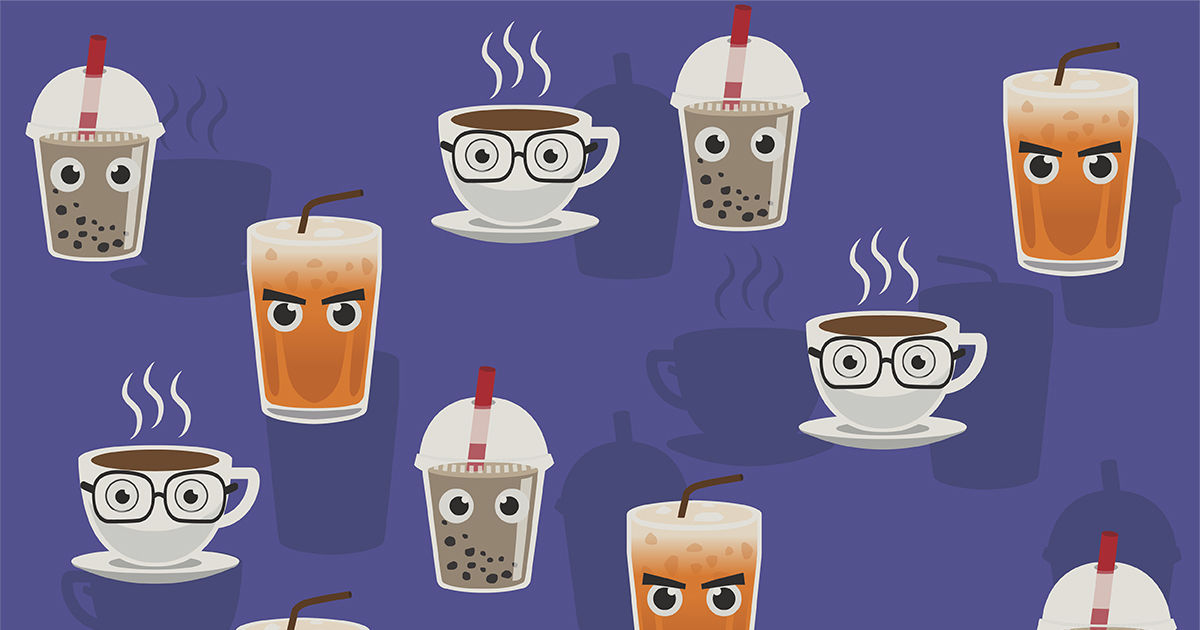 A Forerunner of the New Age of Demonstrations?

People generally do not associate success with the term “online democratic movement.” One of the most remarkable downsides of expressing opinions publicly on the internet is that it creates the false impression of a real action. People feel that they have done their best for a particular case even though social media posts have no direct or tangible effect. However, the so-called Milk Tea Alliance in Asia has so far refuted this claim: the movement, which now embraces Hong Kong, Taiwan, Thailand, and Myanmar, still has a positive impact on all the member states of the alliance. The phenomenon that comes from tensions initially escalating between Thailand and China started as a humorous meme war but turned into a basis for a new interpretation of pan-Asianism, which, despite being online, boasts concrete results.

The name of the Milk Tea Alliance—which was initially built merely upon anti-Chinese sentiment only to became a pro-democracy alliance later—is of particular significance. Although milk tea is still a popular beverage worldwide, mainly as a heritage of the colonial period, it has not become widespread in mainland China despite British influence. In contrast, the drink and its different versions enjoy widespread popularity in many other Asian countries. Recently, following the establishment of the Milk Tea Alliance, Hong Kong– and Burmese-style milk tea, Thai tea, and Taiwanese bubble tea have gained a particular role in international relations. These characteristic combinations of milk and tea are made unique by their specific ingredients and making process. As a result, milk tea symbolises both the unity and diversity of the consuming region while expressing, in a figurative sense, a clear opposition to the region’s global superpower, the anti-democratic China.

The Milk Tea Alliance originated in a comment war following a divisive social media post by a young Thai actor, popular in China. In April 2020, Vachirawit Chivaaree, widely known as Bright, reposted an image insinuating that Hong Kong was an independent country. Despite the Great Firewall, Chinese netizens learned about it and called for a boycott on the young actor’s widely popular series. The extreme storm of anger on the Chinese side did not subside even after Bright had apologised. Indignant commenters took aim at the actor’s then-girlfriend because she hinted at Taiwan’s independence and that the new coronavirus leaked from a Chinese laboratory. Finally, the Embassy of the People’s Republic of China in Bangkok also joined the worsening online diplomatic quarrel and, in a statement, emphatically rejected criticisms and accusations against the Asian superpower. Surprisingly, however, Thai internet users did not leave it at that and picked up the gauntlet, launching a so far unprecedented regional pro-democracy coalition, organised mainly as a counterpoint to dictatorial China.

The social media–based diplomatic war has grown into a well-functioning network of supporters among countries and entities having strained relations with China or facing domestic political difficulties: the picture above shows a public graffiti in Hong Kong supporting the protests in Thailand.
Source: Ray Chan/Twitter

Chinese netizens’ backlash against criticism over their country is especially spectacular in Chinese foreign policy. The core of the so-called “wolf-warrior diplomacy,” which has been adopted by the Chinese government for the last few years, is much more proactive attitude compared to Beijing’s previous foreign-policy behaviour. Its common means include sanctioning and boycotting countries opposing China, especially from an economic and trading point of view, while representing Chinese interests in the international arena more assertively, mostly by taking advantage of the benefits and opportunities offered by the internet.

In China, various organised groups of internet trolls support this kind of vigorous action and activism. As the country has become a global superpower, internet posts praising the activities of the Chinese Communist Party have noticeably proliferated worldwide. This tendency is mainly due to jingoist groups, whose members prefer an aggressive foreign policy attitude and disseminate nationalist governmental views voluntarily or in exchange for a financial contribution from the Chinese authorities, mostly on various social media sites. A clear example of the former is the eager group called “Little Pink,” while the “50 Cent Party” is trying to manipulate the public to the advantage of the Chinese leadership for a certain amount of money.

However, netizens defending China’s national interests professionally or only as a hobby have to face a growing backlash. Initially a battle of hashtags and memes, the diplomatic duel has grown into a dynamically evolving international network of demonstrations and a solidarity movement with an ever-expanding membership. A series of demonstrations of unprecedented size and significance, becoming known worldwide as the “rubber duck revolution,” have taken place since February 2020 in Thailand, in the key country of the alliance. Although the wave of protests was initially directed only against the current prime minister, Prajut Chang-o-cha, and his government, the protesters’ aim is now nothing less than dismantle the country’s authoritarian regime and reform the historically entrenched monarchy. The movement gained new strength in 2021 after a short break at the end of last year, and a domestic political turnaround in the neighbourhood of the South East Asian country in early February particularly boosted them.

Calling out for MilkTea Alliance!!

Dear Friends from Hong Kong,Taiwan,India ,Thai & Indonesia , I'm inviting you to join a big movement of MilkTea Alliance on 28 Feb 2021~ We all deserve the real democracy!!!

In Myanmar, where the army took power from the country’s de facto leader, State Counsellor Aung San Suu Kyi through a well-organised military coup on 1 February. After the declaration of a state of emergency and the detention of several democratically elected civilian politicians, masses marched into the streets of major cities to express their dissatisfaction with the situation. Demonstrators also enjoyed the support of the Milk Tea Association, but its impact weakened when the regime shut down the internet across the country in response to the protests. Although this eliminated the opportunity for virtual support provided by the people of the surrounding countries through social media, Thai and Myanmar protesters began to use each other’s symbols in protests to express solidarity. 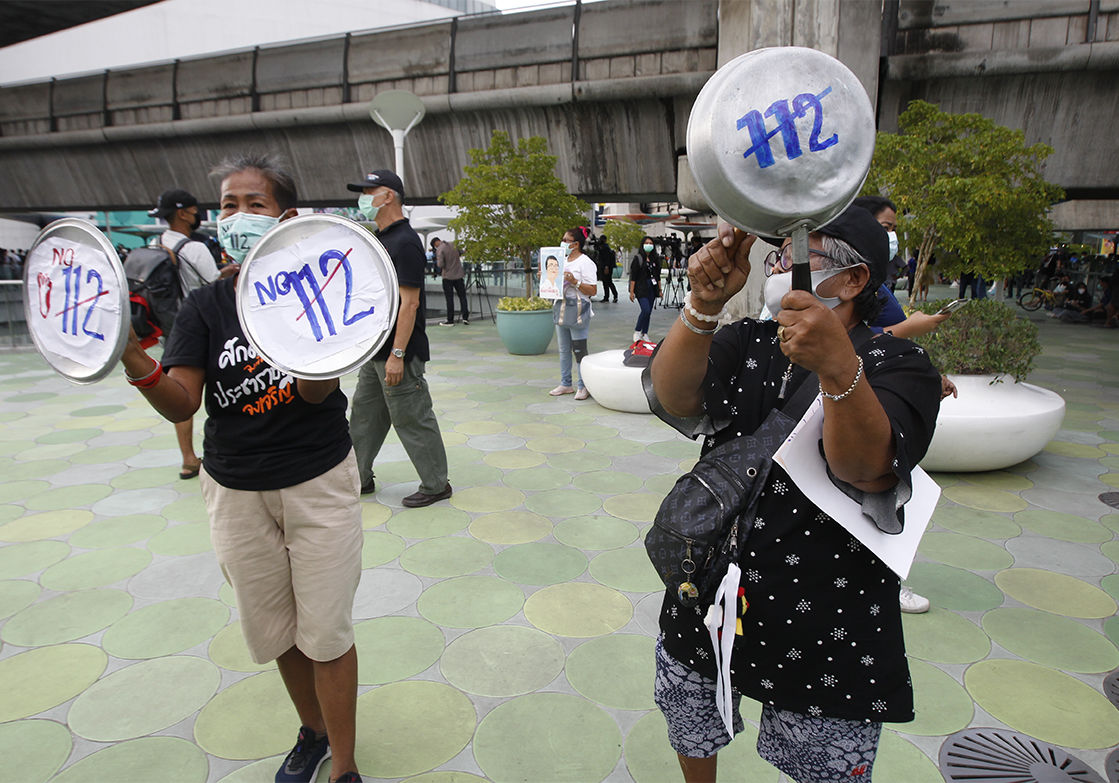 In addition to the “three-fingered” salute being used by protesters, a clear example of the strong bond between the countries fighting for similar goals is the above picture of Bangkok protesters making noise by the Myanmar-style pot banging while demanding the abolition of the lèse-majesté law
Source: Chaiwat Subprasom/Shutterstock

There are two special members of the Milk Tea Alliance: Hong Kong and Taiwan. Pursuant to the Chinese “one country, two systems” principle, the two territories are not independent but inalienable parts of the People’s Republic of China. Still—maybe just because of this—people’s sense of identity in both entities is significant and usually gains new strength in the wake of each wave of demonstrations. Since 2019, there have been protests in Hong Kong against unpopular measures by the Chinese government, such as a proposal to amend the extradition law or a new national security law that came into force last summer. The pro-democracy movements’ techniques and symbols in Hong Kong were soon incorporated into the alliance’s demonstration toolbox. The rather unusual but all the more effective methods of attack and defence have already played a leading role in the Thai demonstrations, but common points go well beyond practical terms. Members of the Milk Tea Alliance strengthen the sense of collectivity in each other by similarities, supportive messages, and statements. All of these have positive, motivating effect on the events.

While the alliance has proved to be generally effective, for protests by its members continued, it is worth emphasising the current situation’s fragility. Although the protesters’ perseverance is conspicuous internationally, local authorities can quell the riots within the current legal framework at any time. Why is, then, the solidarity movement judged positive, and what does its success lie in? Primarily, it does not want to be more than what it is: a network that encourages the search for solutions, acting as a kind of “second front line” behind the series of demonstrations taking place in each country involved. However, it flawlessly fulfils this role: besides its members, it has also gathered other supporters from all of Asia’s milk tea–consuming countries, which have tense relations with China. This shows that a new interpretation of pan-Asianism seems to be emerging. The idea’s chief pillar is the political and economic unity of the continent, and its original reading primarily contrasted the “Asian values” with the broadly interpreted “Western values”—the pan-Asian cooperation brought about by the Milk Tea Alliance, however, disagrees with the direction taken by the region’s global superpower.

The opening pic is by Maquiladora/Shutterstock 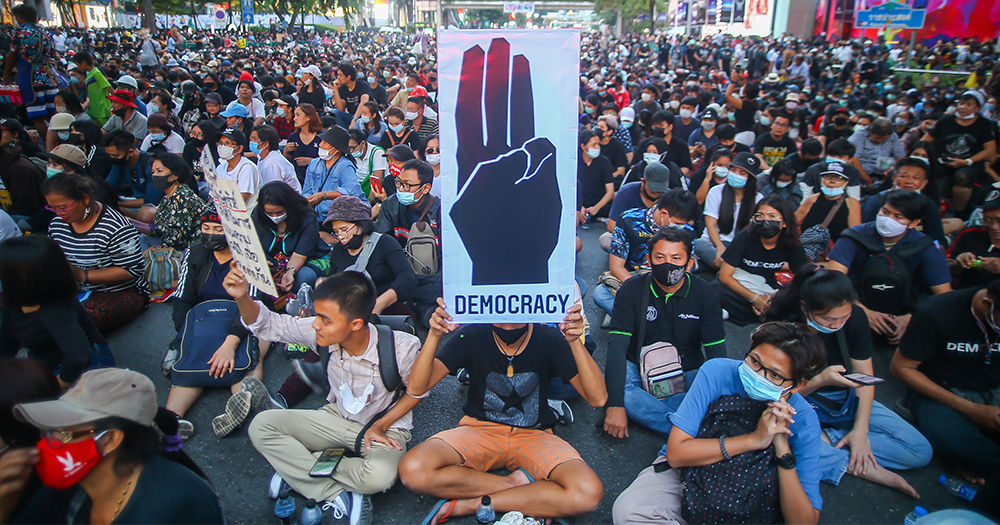 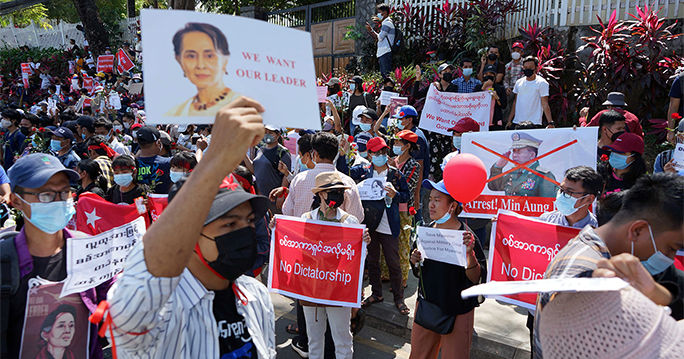 What about the Democracy?
Read more