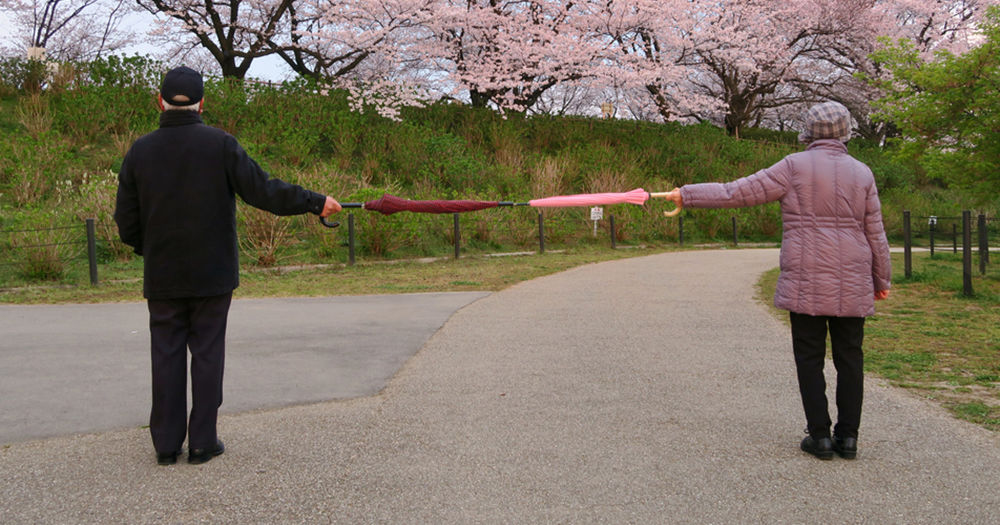 (Mis)Dealing with the Pandemic, Japanese Style

With the COVID-19 pandemic raging across the globe, people can see the difference in governments’ approaches to deal with such an emergency situation. Institutional amenities and the level of preparedness of the healthcare system is given, but emergency responses given by an administration are also an integral part of disaster management. As the country has an advanced medical system and resilience towards emergency situations, Japan’s methods are taken under scrutiny by less prepared countries. But does Japan really have it under control?

Let us take a look at the special attributes of the fight against the virus in Japan:

Cluster approach. First, despite the constant plea of the WHO to “test, test, test,” Japan does no such thing. Or, at least, it keeps it to the minimum, while advocating the so-called cluster approach. This concept is based on the idea that sporadic testing is unnecessary because the virus hits groups with a highly infectious individual at the epicentre. Therefore, identifying epicentres makes testing more precise. This method worked for the northern Hokkaidō Prefecture to slow down the spread, but it is important to note that the local government, and mainly the governor of Hokkaidō, acted on his own—and quite fast—by declaring a state of emergency and persuading people to stay at home on the weekends. However, not everyone agrees with this approach. Many, including the Association of Doctors in Tokyo, criticised the administration for hiding the real numbers for the sake of the Olympics—that is, until holding the Olympics was still on the table. Not only that, but more than once were doctors rejected by testing facilities when they asked for testing. Critics also say that underreported cases are buried in the deaths by pneumonia statistics, as testing is low, but symptoms are quite similar between the two diseases.

Equipped (?) medical facilities. Although the world (and even Japan itself) holds the country’s healthcare in high regard, the current situation does seem bleak. While medical facilities and technology can be advanced or up-to-date, in fact, no country can ever be prepared for such an explosive pandemic. Even if the Japanese social norms entail the usage of face masks in day-to-day life, reports are coming in that hospitals are running dangerously low on personal protective equipment supplies. Just like in many other countries, non-emergency surgeries and medical interventions are postponed, but there are still not enough intensive care units (ICU) available. And this is becoming a serious problem: people or ambulance in more than 1,919 cases have so far been rejected by hospitals. In one case, an older man having high fever and difficulty with breathing was turned away from eighty hospitals in the capital city. The already existing medical staff shortages are worsening due to involuntary self-isolation under the suspicion of infection. The number of ICUs is seemingly a deciding factor in the effective handling of the situation: Germany, that is deemed highly successful in pushing down the number of infected, has thirty ICUs per 100,000 persons, while Italy has twelve, but Japan only five. The Japanese government does not stay idle though, giant corporations like Sony or Toyota Motor Corp. were already instructed to manufacture highly necessary ventilator units for not only hospitals but restaurants, as well. The appropriate question here is: why are restaurants still open? 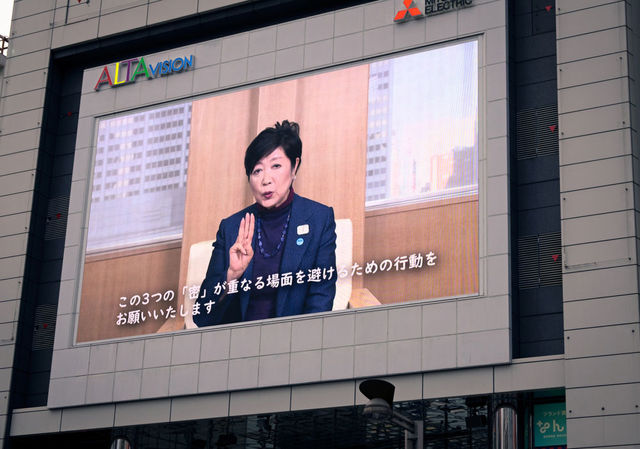 Soft lockdown. The government’s countermeasure policy has been dubbed as “soft lockdown” because the most authorities are willing to do is to verbally urge the population to follow social distancing and self-isolation, but real penalty will not be given for those acting against the recommendations. This would highlight an underlying issue with the constitution, but, in fact, the fault is not there, because Article 13 and 41 grants sufficient executive power to the ruling administration (although not to the local governments) to enforce full lockdown. Why would then PM Abe Shinzō risk the continued spread of the virus? The answer may be threefold: for political, economic, and sociocultural considerations. Let us examine them in a little bit more detail. 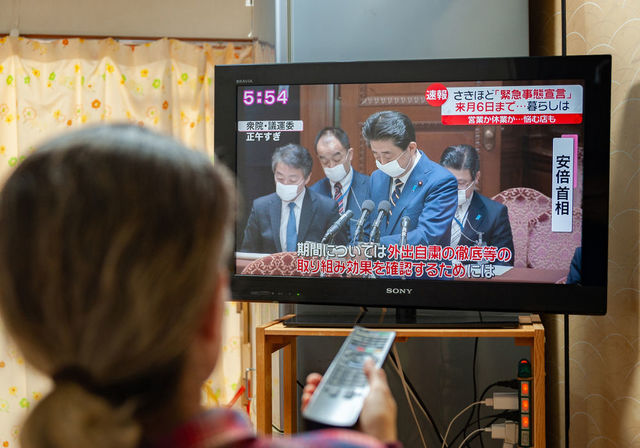 Although these sociocultural patterns can be beneficial in this mixed situation, and many would obey the plea from the government on a personal level, there are difficulties in enforcing (without literal enforcement) social distancing on the business level. First, the rigid nature of Japanese work culture requires too many employees to commute to their office in order to sign documents with their personal stamps (or hanko). The inflexibility seems to have reached dangerous levels, which is why—after a member of the Council on Economic and Fiscal Policy spoke out against using these stamps in times like this—Prime Minister Abe stepped in, and ordered a revision to enforcing the usage of hanko to promote teleworking. Second, there is a problem with pachinko parlours. Pachinko are essentially gambling facilities filled with arcade-type slot machines. Their legal standing is quite ambiguous, since gambling with money is prohibited by law, but pachinko enjoys a kind of exclusive monopoly because the games require to convert money into small metal balls. These facilities are usually tied to organised crime groups, or yakuza. Even after the request of the central government, many pachinko parlours stayed open, which was highly problematic due to the poor ventilation of the places and the fact that many people started to commute to Tōkyō after having found out that their local pachinko closed up. This put a strain not only on those few parlours still open but also on public transportation in terms of infectability. Tōkyō Governor Koike Yuriko responded with sending government officials to the field—in lack of a better method—to ask the owners of the parlours to close up. After finding four parlours still open on 27 April, Governor Koike made a public speech declaring that she would make the names of the parlours public in order to shame them publicly if they give her no choice. The parlours complied, but this makes Abe’s sociocultural expectations highly questionable.

Unfortunately, the mixed messages the government conveys to the public (such as the lack of social distancing or masks in press conferences), the indecisiveness about whether to declare state of emergency in the country or not, or the questions about the real numbers of the infected left many people wondering about the severity of the pandemic. And this is Japan’s undoing: as Golden Week, Japan’s longest national holiday starts, many people are found in parks and on the streets, disregarding the rules of social distancing. While many governments struggle to find suitable solutions to flatten the curve, Japan needs to adopt the best practices that worked for its neighbours like South Korea or New Zealand.