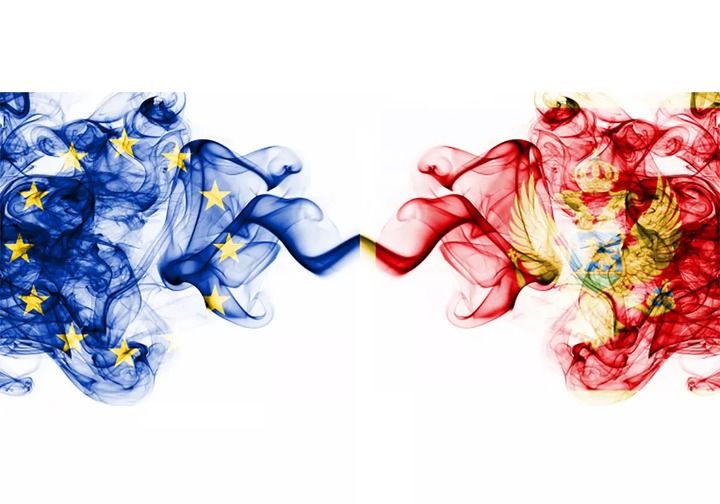 Montenegro on a Path to EU Membership

Montenegro and the European Union established relations when the country submitted its application for accession in 2008. Since then, their relations have been steadily improving, which also facilitated positive changes in the country. During the eight-year negotiation process, 33 chapters have been opened, and according to the last report from the European Commission (EC), the balance clause has been activated in the accession process. This blog post aims to point out the most important issues regarding Montenegro’s EU accession that need to be sorted out and the additional factors that could influence the pace of the negotiation process.

Montenegro and the European Union established relations when the country submitted its application for accession in 2008. Since then, their relations have been steadily improving, which also facilitated positive changes in the country. During the eight-year negotiation process, 33 chapters have been opened, and according to the last report from the European Commission (EC), the balance clause has been activated in the accession process. This blog post aims to point out the most important issues regarding Montenegro’s EU accession that need to be sorted out and the additional factors that could influence the pace of the negotiation process.

Since regaining its independence in 2006, Montenegro has set joining the EU as one of its primary foreign policy goals. Based on this vision, Montenegro has established seven political priorities by signing the Action Plan for European Partnership and proceeded with the negotiation process in the past eight years. It managed to open all negotiation chapters, while three chapters have been temporarily closed. Based on observations from the European Commission, implementation of the Stabilisation and Association Agreement as a key document of the accession process has been done in a more or less successful manner. In the last report issued on Montenegro by the European Commission, for the first time since 2015, the country progress in negotiation chapters has the average grade below 3.09 (on a scale 1-5). This comes as a result of the limited progress in almost 28 chapters and a very low number of chapters with good progress. The pace of negotiations also slowed: in the first five years Montenegro managed to open 30 negotiation chapters and close three, while in the last two years, it has managed to open only four chapters without closing any. Despite this, surveys still show a dominant euro-enthusiastic orientation in more than 60% of the population.

In the last three years, the most notable progress was the opening of chapters 8 (competition), made progress in chapters 23 and 24 (related to the rule of law), which were the most disputed ones. The main issues stressed by the Commission that significantly slow down the process of negotiation are related to corruption, organised crime, and the rule of law. In this sense, even though moderate progress was made in the fight against corruption, in overall assessment Montenegro still needs further results in the fight against more complex forms of organised crimes. Problems with corruption have also influenced the public administration’s progress where the report stressed much-needed depolarisation of processes.

Additionally, Montenegro has problems with the inadequate electoral framework, and a fragmented political scene that is polarised and lacks genuine political dialogue. The reason why the dialogue is even further downgraded in the last year is mainly the non-participation of the opposition parties in the work of Parliament (as a form of protest due to the “envelop affair” on party’s financing). The ineffective operation of government institutions to tackle this incident, evoked peaceful protests against government last year, which consequently had an impact on the political stability of the country. Therefore, the European Commission has indicated that some of the questions raised during the protests, should be transcended into the political debate within the institutions. After toning down the corruption issues that initiated the 2019 protests, a new law on religious freedoms limiting the authority of the Church has provoked another one. Therefore, an extensive need for a transparent environment for participation of all stakeholders in the democratisation process and establishment of a new legal framework, in general, was created.

As for fundamental rights, Montenegro has successfully aligned its legislation with EU standards, especially in the field of freedom of expression. However, this was an initial success, as the latest reports show no further progress. The extensive political interference in the media and unsafe working conditions of journalists, which was worsened by several physical attacks on the journalist in the last two years, have influenced the negative tone of the assessment.

In terms of economic development, Montenegro has shown moderate progress related to its capabilities for access to the free market of the European Union and improving labour market outcomes. Even though the unemployment rate remained high, the huge public debt caused by large-scale projects with China has slowed down the progress.

Based on the bilateral relations with member states and membership conditions, Montenegro has shown a steady pace of advancing towards full membership, which encouraged the government to give an opinion that the country has a firm position to become a fully integrated member of the European community by 2025. In contrast, the rest of the public, in particular the NGOs, stress that the EU accession is a distant future for Montenegro.

On the other side, the process and pace of Montenegrin accession have been influenced by the internal situation and changes of the European Union itself. The EU announced the new strategic enlargement framework in 2019, leaving it for the candidate countries to decide whether to accept this new strategy. Since Montenegro is already in an advanced phase of the negotiation process, the country has decided to keep up with the former negotiation strategy process.

Besides technical changes in the negotiation framework, the opinion of the European Union member states also has great significance. As French President Emanuel Macron expressed that the EU should first reforms itself and the enlargement process before further accessions are made. This position can be perceived as an important factor in the slow negotiation pace that Montenegro has had in the last period. However, the inauguration of the new Commission could also have an impact on the process. Having a Hungarian Commissioner for Neighbourhood and Enlargement could have a positive impact on the Montenegrin position, as Hungary has a favourable attitude towards the EU enlargement. Additional motivation can be the opening of accession talks with Albania and North Macedonia.

In the end, having in mind the low performance of Montenegro, the silent activation of balance clause seems to be in order. This clause enables the EU to slow down the accession process if the rule of law reforms are not satisfactorily implemented in the last report cycle. Additional factors for this situation may arise form unfavourable attitude within the European Union, and prioritisation of other areas, together with structural changes. However, the most recent developments may indicate that Montenegro should accept the balance clause as a reminder to work on the stressed issues and show remarkable progress in the future.