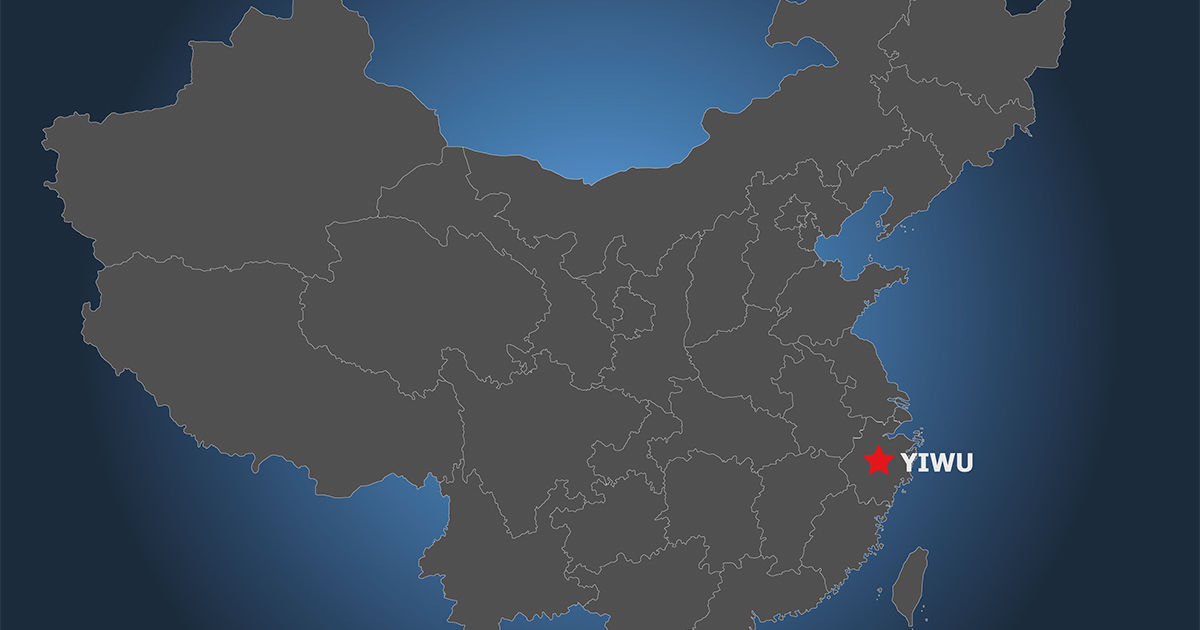 Multiculturalism as an Economic Potential

The city of Yiwu is often mentioned as one of the most important trading posts along the New Silk Road. No wonder, since it stimulates relations among transnational marketplaces through its export and import activities and creates a global space that transcends borders and where multiculturalism also appears on the local level emphatically. Besides, the growing African community in the city helps develop commercial relations between the continent and China.

Yiwu is a city located in the middle of China’s Zhejiang Province and having an area of about 1105 km2. It plays an important role in international trade: it is not only an important link between China and Africa but also draws attention to a new trend in their relations, as the development the city has seen in recent decades, bringing it economic prosperity and fame, boosted relations between the Asian country and Africa. It is small wonder, therefore, that one of the largest African communities today lives in Yiwu.

The East Asian country’s rise and expansion on the African continent are well known today. In parallel with this expansion, an African diaspora has also formed in China. However, while approximately two million Chinese live in Africa, there are only approximately five hundred thousand Africans in China, which includes traders, students, teachers, diplomats, athletes, and many other professionals. Their numbers are exceptionally high in the former rural town of Yiwu, which today has the world’s largest wholesale market by physical size, covering an area of more than 6.4 million square meters and having about 75,000 stores. This market, also known as Yiwu International Trade City, ranked first as a national professional market for twenty-six consecutive years. No surprise that, due to its sophisticated business activities, Yiwu is no longer a county-level municipality but a globally known commercial centre. 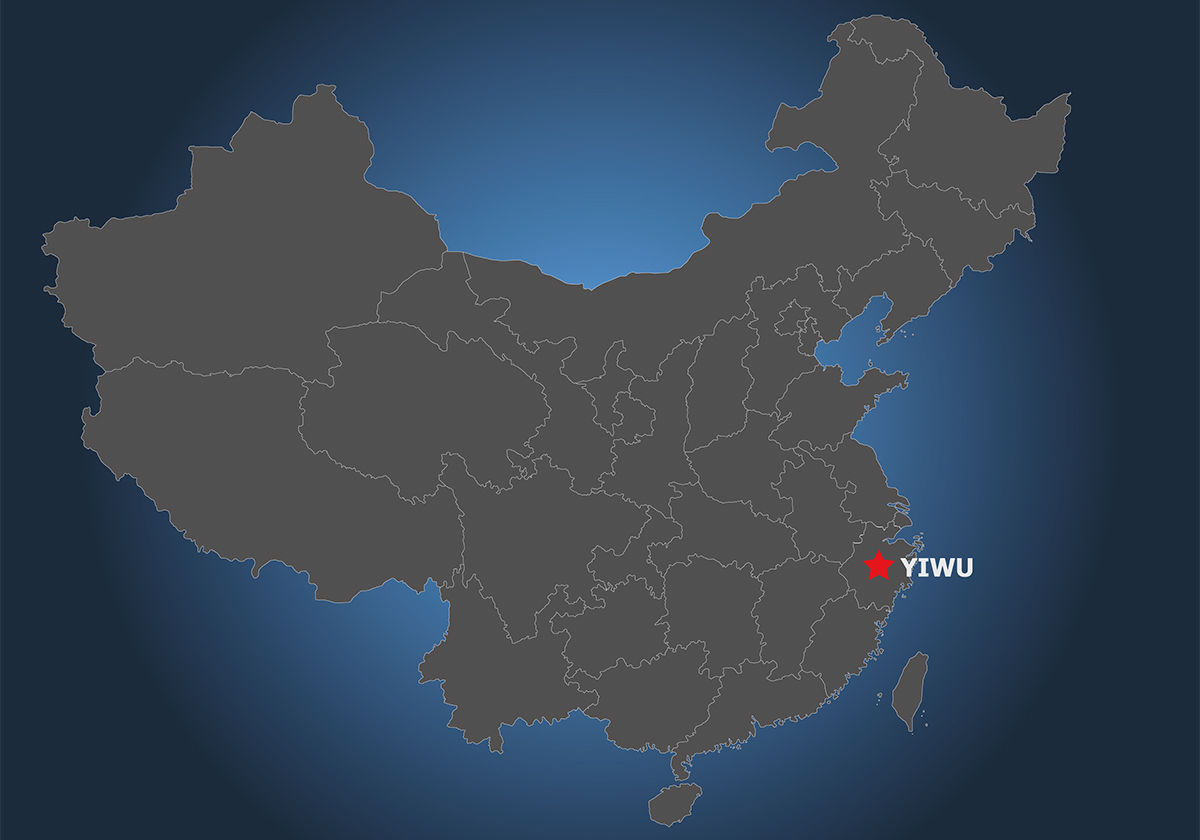 Yiwu is the first Chinese city where the foreign population exceeds the local population. Moreover, it is the only county-level city in China that can issue a residence permit or conduct entry and exit procedures for foreigners. The products of the trading city reach 215 countries and regions worldwide, and about fifteen thousand traders dealing with international business relations, sourcing, and trade live there from hundreds of countries and regions across the world. As a result, more than 550,000 foreign traders from all over the globe visit the city every year. There are approximately 1.8 million different products on the market waiting for the nearly one million customers that visit it year by year. Most of the traders come from African, Arabian, and South Asian countries. They started to immigrate to the area in the late 1980s, but their number has begun to rise since 2000—in parallel with the trade boom the city has gone through. This trend is also well illustrated by the statistics: in 2006, there were 20,311 registered Africans in the city, then their number increased to 54,050 in 2009, and it reached 68,000 by 2011. In 2016, about 80,000 African traders were estimated to visit Yiwu each year. African traders can be divided into three major groups by their activities: there are trade agents, entrepreneurs, and travelling traders staying in the city temporarily. Each group plays a specific role in promoting Sino-African trade relations.

Most Africans living in Yiwu come from North African countries: Egypt, Algeria, Morocco, Tunisia, and Libya. From West Africa, Mauritanians have the largest community, but there are also a significant number of traders from Mali, Nigeria, Guinea, Senegal, and Ghana. Cameroonian population makes up the largest community from Central Africa, even though the Democratic Republic of Congo has an important local trader community, too. From South Africa, Angolan and Mozambican traders form the largest communities. Last but not least, East African states are mainly represented by traders from Sudan, Somalia, Ethiopia, Kenya, and Tanzania.

In 2009, the Yiwui government made a request to the Zhejiang Provincial Government to set up an exhibition centre. Thanks to this project, many African countries have an exhibition area in the city today. The establishment of the exhibition centre attracts more African enterprises involved in trade and business to Yiwu in the long run, which, in turn, promotes economic and trade cooperation between China and Africa. Instead of “buying and selling national goods,” this process focusses on “buying and selling global goods” and encourages market players to also do so. The exhibition centre plays a significant role in diversifying China’s and Africa’s foreign trade, promoting and strengthening Sino-African economic and trade cooperation.

The African presence, of course, is not limited only to commercial activity on the market; it also affects many other areas of local life. A large number of traders from various African countries caused an increase in the number of local schools. Many Africans who come here start learning foreign languages—e.g., English, French, or Arabic—because they hope to have better jobs by acquiring language skills. Thanks to their presence, Muslims living in the city could previously enjoy freedom of worship that is not so typical in China. However, the new ethnic policy the East Asian country has introduced over the last decade, aimed at the homogenisation of society, has also had an impact on the people living in this area. In recent years, restrictive measures have been introduced against Chinese Muslims, and so mosques were also started to be demolished in Zhejiang Province.

Besides, there is a relatively new and powerful phenomenon emerging in the city: transnational marriage. Despite the fact that freedom of marriage has been granted in China for more than three decades, there are many criticisms directed against marriages between Chinese and people from other nations. Some locals believe that marriage is just a way for foreigners to get a visa or to facilitate business. Mixed marriages create a lot of tensions, which are most often the result of cultural and religious differences and stereotypes. There are numerous examples that Chinese families do not accept a foreign husband or wife, and they also deny their grandchildren.

Currently, Yiwu’s gigantic market, just like many other markets across China, is empty because of the epidemic. There are no customers and only a negligible number of containers leave the nearest port, Ningbo. According to a local trader, the volume of orders fell by nearly half compared to the previous year. Moreover, Zhejiang Province was initially badly hit by the COVID-19 pandemic. The epidemic, which peaked on 27 January 2020, produced the second-highest infection rate in the region after Hubei Province until Guangzhou Province surpassed the number of local cases. 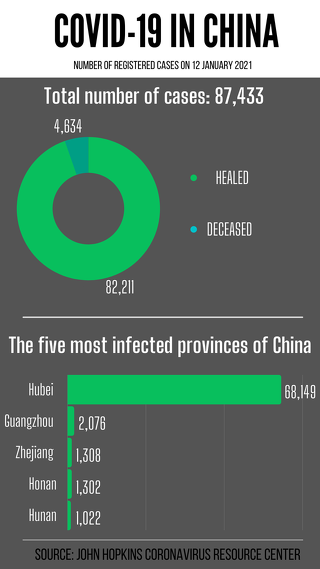 It is no doubt that the coronavirus has had a significant negative impact on trade, especially in cities like Yiwu, but market players are trying to respond with flexibility to the unfavourable situation. Due to the circumstances caused by the pandemic, the increase in the number of foreign retailers will certainly slow down in the short term, and there will be a decrease in export and import activities.

However, the current situation may provide an opportunity for both Chinese traders and Chinese companies to think over how to pursue a better, more profitable trade strategy and boost relations and partnerships with domestic and foreign traders.

The opening pic is by testing/Shutterstock