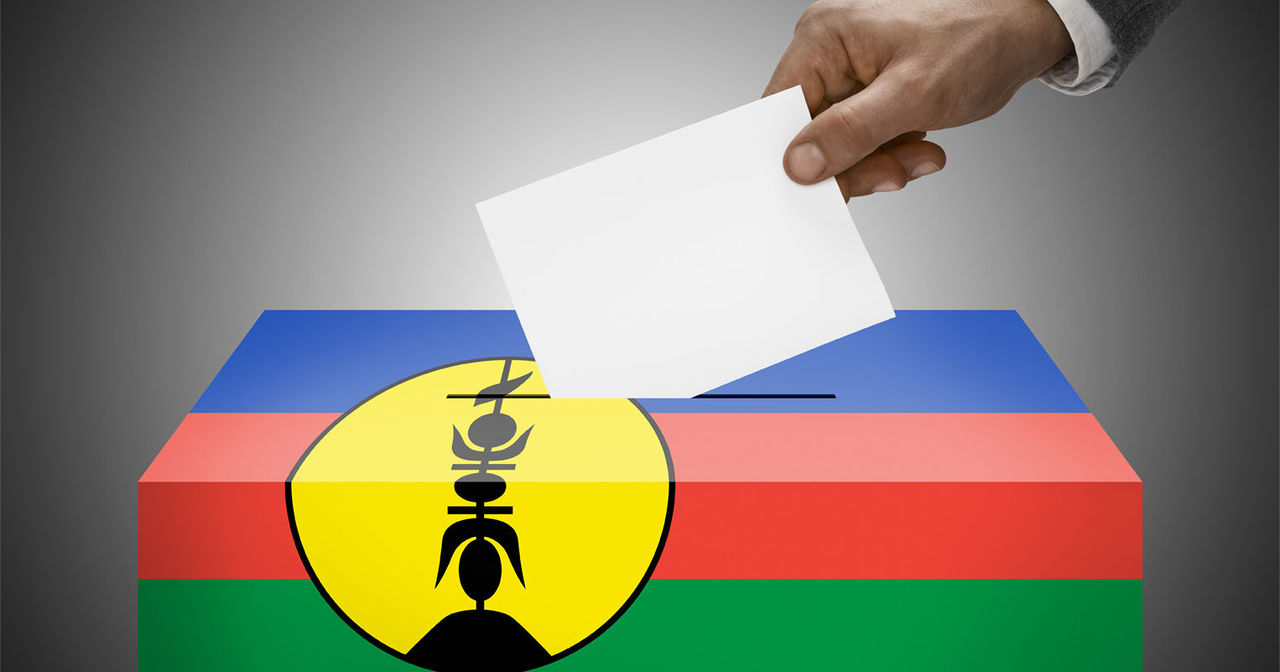 On 4 October, the people of New Caledonia went to the polls to vote on whether they want to remain a part of the French Republic, or not. Albeit by a narrow margin, they decided to remain. But how come this Pacific island is part of France, the centralised country with a European focus, that we know? How is it possible that, sixty years after the great wave of decolonisation, France still possesses some colonies? Or are these lands colonies at all? What is the relationship between these overseas territories and the European motherland? 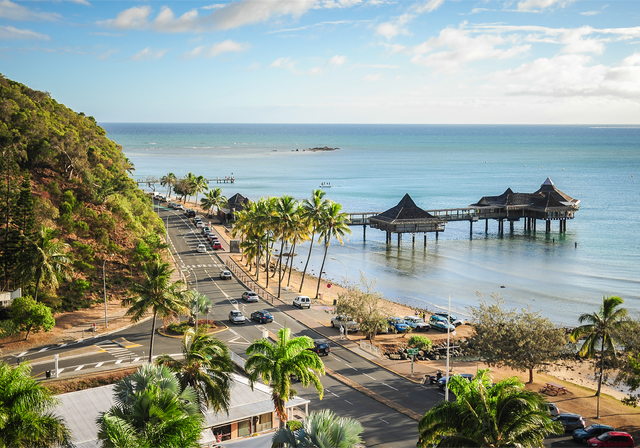 The Pacific island that has recently decided to remain in France for the second time
Source: Mark and Anna Photography/Shutterstock

In comparison to the former British colonies, we might say that French colonies lack independence movements and they have difficulties becoming sovereign independent states. Can we say, however, that decolonisation has not been completed there? How can we explain then that most of the French colonies gained independence during the 1960s, and, except for Algeria, France let them go relatively easily? There are, nevertheless, still twelve areas, mainly tropical islands and distant shores, that remained under France’s jurisdiction. These territories are mainly based in the Indian Ocean, the Atlantic Ocean, and the Pacific Ocean. France overseas consists of Guadeloupe, French Guyana, Martinique, Réunion, Mayotte, New Caledonia, French Polynesia, Saint Barthélémy, Saint Martin, Saint Pierre and Miquelon, the French Southern and Atlantic Lands, and the islands of Wallis and Futuna. In total, 2.6 million people live on these shores, with an extremely young population, prompting Paris to give closer attention to these territories. Although we cannot claim that independence movements do not exist in these societies, such groups are never supported by the majority of the population. 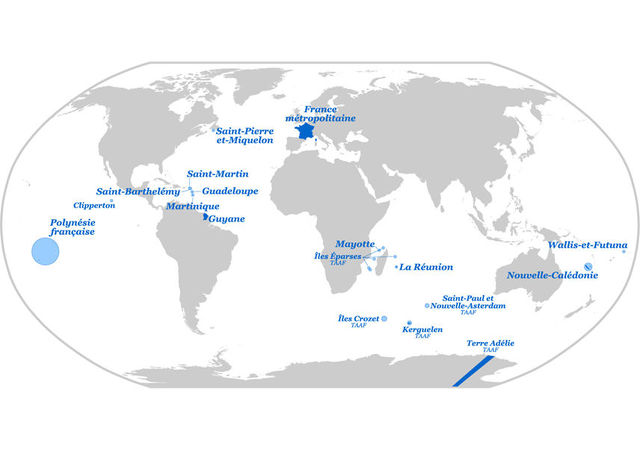 By maintaining these areas under French rule, metropolitan France ensures its access to a vast continental shelf, so it has exclusive fishing and mining rights over these waters. Furthermore, de Gaulle’s Fifth Republic could carry out essential experiments within its nuclear programme thanks to these faraway lands because the test sites were mostly in the Southern Pacific area. On the other hand, overseas territories today offer the opportunity for developing France’s space programme, as the country’s main terrestrial space station is built in French Guyana, in South America.

These overseas territories’ statuses within the state are varied; most recently, they were regulated by the 2003 amendment of the constitution. In line with France’s traditionally highly centralised administrative tradition, the overseas territories are organic parts of the state with a few exceptions. Due to the huge geographical distance between the mainland and the overseas lands, it was necessary to create at least a limited autonomy for the latter, allowing local governments to make decisions on some minor issues. French Polynesia enjoys the widest autonomy, and New Caledonia has a special status within the state; however, most territories are governed as mainland departments and regions with some extra rights granted to them.

As already mentioned, overseas France is the remaining evidence of the history of colonisation. French explorers and colonisers conquered these lands in two waves. During the first wave, European sailors tried to establish their rule in the New World, which allowed them to join the exploitation of the American continent and to gain access to the flows of the then-forming world trade. Between 1536 and 1664, the Kingdom of France occupied the islands of the Antilles such as Guadeloupe and Martinique and could also cut out a territory from the American mainland, today known as French Guyana. Afterwards, the French Empire established its rule over the archipelagos situated in the Pacific Ocean during the second wave of colonisation from 1840. Abiding by the customs of the era, the French also introduced the institution of slavery on its Caribbean islands and contributed to the demolition and disappearance of local communities and peoples. Sadly enough, human rights were exclusively granted within the Hexagon, so the idea of liberty, equality, and fraternity was not associated with native populations. This historical grievance still fuels tensions coming between native groups and the descendants of European settlers. 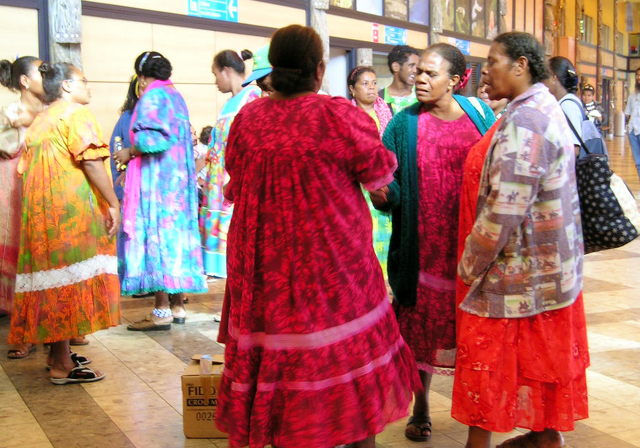 The native people of the Kanak are the main supporters of an independent New Caledonia.
Source: Wikimedia Commons, author: Bananaflo, licence: CC BY-SA 3.0

As I have already commented, overseas France is far from being uniform; it varies not only in terms of geography but also in administration. Thus, it is worth examining the meaning of DOMs, TOMs, COMs, and POM one by one in order to fully understand this unique system. One perfect example of the overseas departments (départements d’outre-mer, DOM) is Guadeloupe. Despite its position in the Caribbean Sea, it is governed the same way as any continental department would be. The inhabitants of the island are French citizens as much as they are citizens of the European Union, and their affairs are regulated by French law, their head of state is the president of the French Republic represented by a prefect, and the education on the island is realised by the same standards that are established in mainland France. Martinique, Mayotte, Réunion, and French Guyana enjoy the same status within the country, so its residents are bound by the same laws and have the same obligations as the French residents living in Europe, meaning that the state does not guarantee extra rights to them and the concept of positive discrimination is not introduced there. Due to the amendment of the French Constitution in 2003, however, Martinique and French Guyana won the status of overseas collectivities (collectivités d’outre-mer, COM), which allows them to establish their own administrative system. Overseas collectivities have the privilege of having their separate legislation on their territories. Other COMs are Wallis and Futuna, Saint Barthélémy, and Saint Pierre and Miquelon.

French Polynesia is the only overseas country (pays d’outre-mer, POM) within the French state, and its status grants it the widest range of autonomy within the administration. For the mainland, this vast archipelago is of utmost importance not only because of its rich natural resources but also because of its strategic relevance. Moreover, most of France’s nuclear experiments have so far been carried out in this area. French Polynesia elects its own president, recognising, however, the President of the Republic as the head of the state.

New Caledonia benefits from a special autonomy, which allowed it to organise an independence referendum on 4 October. The islands were occupied by France during the rule of Napoleon III, although it only used them as a prison colony at the time. The native population of the Kanak people were only granted French citizenship in 1957 because France had started to build stronger bonds with the islands after World War II. At the recent referendum, 53% at a turnout of 85% voted to remain a part of France. Why does New Caledonia have the right to choose between France and independence despite being under French rule for the last 170 years?

The vote held on 4 October is, in fact, the second part of a three-round series of referendums. In the 1980s, the Kanaks, who give today 40% of the islands’ population, protested and organised strikes against the French rule. The confusion could only be ended when the Matignon–Oudinot Agreement was signed in 1988, followed by the Nouméa Agreement in 1998. The latter contained a roadmap for possible future independence referendums. Accordingly, they organised the first such ballot in 2018, while the last round could be held in 2022 provided that one-third of the local congress initiates it. For the time being, however, it seems that New Caledonians are satisfied with the administrative system in effect, which allows self-governance while providing subsidies coming from the mainland. Shortly after the results had gone public, French president Emmanuel Macron hailed the island’s decision, attributing the success to democracy, as he thanked New Caledonians for their trust in the republic. 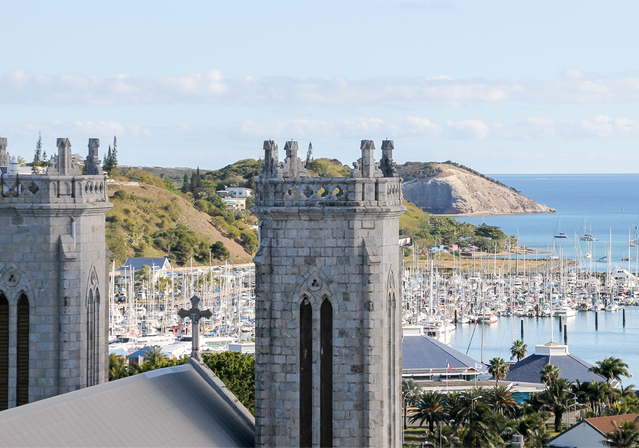 Even if overseas French territories enjoy several advantages thanks to the subsidies and vivid trading activity with the mainland, trends show that they also suffer from high unemployment rates and huge social inequalities. Moreover, their economies are less diversified, which creates a dependency on European markets mainly interested in foodstuffs and raw materials. It is an enormous problem, and all the more serious if we take into consideration that these are very young societies with prominent youth unemployment. Demographically, these areas are prone to immigration as they are surrounded by developing, low-income neighbouring countries, while their border control facilities are poor due to their long coastal lines. Lately, French overseas territories could also witness a wave of massive urbanisation, and the newly created urban centres need to cope with the challenges related to social security and public health management, especially amid the coronavirus crisis.

New Caledonia’s example suggests that the majority of France’s overseas population is favourable towards French administration. Therefore, it is an overstatement to say that France is against decolonisation or that the Republic aims to re-establish the colonial rule over its zone of influence. In conclusion, we should not forget that France is a truly global country thanks to its overseas departments and collectivities. These territories play a pronounced role in France’s global presence, which is also in the frontline of Macron’s foreign policy.