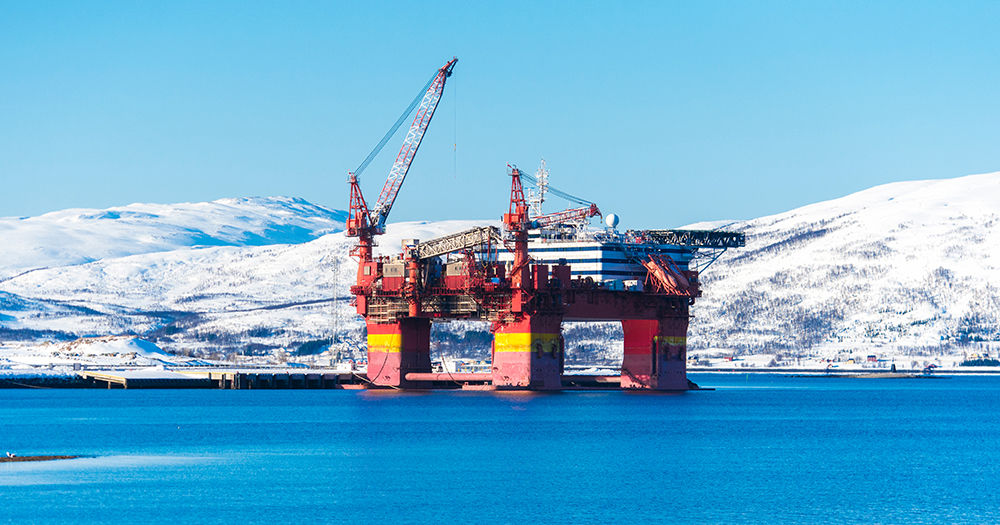 Contentious Investments in the Future

In spite of the emission goals and climate targets to be reached by 2030, Norway plans to further expand its oil and gas production. The country’s greenhouse-gas-emission export is more than ten times as much as its domestic greenhouse gas emission. No wonder the oil-extraction concessions planned in the Barents Sea have provoked strong reactions among international environmentalists. Still, the Norwegian government expects to complete the evaluations of extraction licenses by the end of this year.

Until the exploration of the vast mineral resources of the country, Norwegians did not have the chance to enjoy the high quality of life they have today. Due to the country’s geographical location, the Norwegian economy was traditionally based on fishing, logging, and mining. However, Norway joined the ranks of the world’s biggest oil exporters due to an offshore oil field discovered in the late 1960s. Today, it is undeniable that the exploration of the North Sea oil and gas fields has fundamentally reshaped the Norwegian economy.

According to the research results of the Geological Survey of Norway in 1958, there was only a slight chance of finding oil in Norwegian waters. However, the report did not discourage Phillips Petroleum (a smaller company at the time) from benefitting from its North Sea concessions; it was the first company to seek permission to drill for oil offshore Norway. Still, its exploration efforts, launched in 1966, did not produce great results for two years. But the discovery of the Ekofisk oil field on the Christmas Eve of 1969 has changed the history of Norway forever. It turned out to be one of the largest offshore oil fields that had been ever discovered until 1969. Consequently, Norway became a major oil producer and was hit by the crisis of 1973, when the members of the Organization of Arab Petroleum Exporting Countries, taking advantage of the “oil weapon,” increased selling prices fourfold compared to previous average prices.

Unlike many other countries (e.g., Venezuela, Nigeria, or even Saudi Arabia), Norway handled its sudden windfall extremely well and managed to avoid the pitfalls of mineral wealth. The Norwegian government’s goal was the equitable allocation of resources, while, in the aforementioned countries, the income from oil sales ended up in the pockets of either an influential family or the political elite. The resource curse even pushed some countries into civil war, leaving their economy falling to pieces. The strongly egalitarian sentiments the Norwegian society has, however, significantly contributed to managing the unexpected wealth much more successfully than in the above-mentioned cases. The huge oil and gas revenues were not used for immediate tax cuts by the Oslo government: 38% of Norwegian gross income still goes to the state treasury in the form of personal income tax, while the corporate tax rate for the majority of the companies is 22%, and the VAT reaches 25%. The Norwegian political elite has proactively insisted on high tax rates and did not make the mistake of using its revenues for, among other things, prompt tax cuts to achieve short-term political goals.

An additional benefit of the forward-looking public management of the oil revenues is the quite divisive Government Pension Fund Global (GPFG), established in 1990, which holds the assets of Norwegian citizens in a diversified portfolio. The GPFG, which prefers to choose ethical investments, owns a variety of assets in seventy-four countries and has enjoyed record-high profit margins in recent years. Nearly 75% of the amount has been invested in equities of international companies, almost one-third of it in foreign government bonds, and the fund has a stake of around 2.5% in real estate and infrastructure for renewable energy. It may sound comical, but Norwegian citizens indirectly own properties near to, for example, Times Square and Piccadilly Circus or on the Champs-Élysées. Thus, the government managed to avoid massive domestic public spending and to transfer petroleum revenues to the GPFG, which helped it keep clear of the sudden and undesirable appreciation of the Norwegian currency.

The ever-increasing demand for oil and natural gas has been viewed as a comforting price-stabilisation factor in the last decades. The big question is how long the persistently high demand for fossil fuels might support price trends, when will renewable energy sources be able to compete with either oil or natural gas without significant subsidies, and, more importantly, whether the oil and gas lobby will ever allow a sufficient proportion of its former “fossil capital” to migrate to the renewable industry.

The figure below shows that oil prices fell sharply last year. Even so, Norway’s state-owned oil company, Equinor, was of the few on the market which was able to yield profit. Its investment portfolio is quite diversified, and, even though there is much criticism of green-washed fossil fuel investments, it is planning to become an industry leader in carbon efficiency: last autumn, for example, even BP bought a 50% stake in Equinor’s two offshore wind developments in the US.

Heated situation around the ice margin

According to data published by Statistics Norway, the country’s oil production increased by 6% last year compared to the same period in 2019. Additionally, the government expects further production growth until 2024. Yet, Norway continues to invest heavily in hydrogen and offshore wind projects, and, according to the government’s long-term energy strategy, the country’s oil and gas production will fall sharply by about 65% by 2050. This also means, however, that, at least until then, the complete cessation of extraction is out of the question in the Scandinavian country.

What is more, the Oslo government has recently put forward new extraction targets and suggested that new areas in the Barents Sea, at the northernmost coasts of Europe, should also be involved in extraction. According to the government, this area hides a significant amount of untapped crude oil. The 2021 concession rounds will allocate various new production areas; the government claims these are essential to sustain extraction activity in the Norwegian continental shelf as Norwegian minister of petroleum and energy Tina Bru also underlined it.

Oil companies can now bid for eighty-four different extraction sites, of which seventy are located in the Barents Sea. They can apply until 8 September, and mining permits will be issued in the first months of 2022, with the obvious goal of shortening the wait time. As Espen Barth Eide, a Norwegian academician and spokesman for the Norwegian Labour Party put it, “We don’t think that we should stop producing oil and gas now and leave it for Russia or Qatar to supply, but we need to understand that the demand will go down . . . The main thing is to hit the market right and not end up with stranded assets.” Erlend Jordal, a political adviser to the Norwegian Ministry of Petroleum and Energy, also added: “A broad parliamentary majority opened most of the Barents Sea to petroleum exploration more than 30 years ago. The exception is the south-east Barents Sea, which was opened by broad parliamentary consensus in 2013 following an agreement with Russia on the maritime lines drawn in that sea.”

Norway opens oil drillin in untouched #Arctic areas, at limits of what might be acceptable under Svalbard Treaty #geopolitics

It is not for nothing that he also emphasised the agreement with the Russians: opponents of extraction plans say the Norwegian expansion could lead to undesirable tensions with Russia. The Norwegian decision might also harm the interests of the signatory countries of the 1920 Svalbard Treaty. The treaty granted Svalbard (at the time Spitsbergen) a special status, as all signatory countries—among them, Hungary—shall enjoy the same rights to use the island. Although the Norwegian jurisdiction over the territory is only nominal, it is Norway’s responsibility to protect the archipelago’s environment, and it is the only country which can impose a veto to prevent possible oil extraction in the area, which makes the current plans especially striking.

With the movement of the ever-changing southern edge of the permanent ice cap, Norwegians try to push extraction boundaries as far north as possible. Anything north of a set limit (the so-called ice edge) is considered a no-go zone for oil companies. In June 2020, the Norwegian government drew this expected ice edge south of the Spitsbergen archipelago. According to Helge Ryggvik, historian of the University of Oslo, “Norway’s decision about the new extraction areas is the achievement of the oil industry’s ‘crisis management’ lobby.” He claims that Norway is getting closer and closer to the point where the parties involved barely acquiesce in oil drilling. However, Russia is likely to be less concerned about the signed agreements than the strategic importance of the area.

In addition to the geopolitical and environmental counterarguments, another comicality to the story is that the Government Pension Fund Global got rid of a significant stake invested in oil production and exploration companies in 2020, emphasising the ethical nature of its investments. However, the above suggests that Norway’s main source of revenue remains the fossil fuel industry.

The opening pic is by V. Belov/Shutterstock