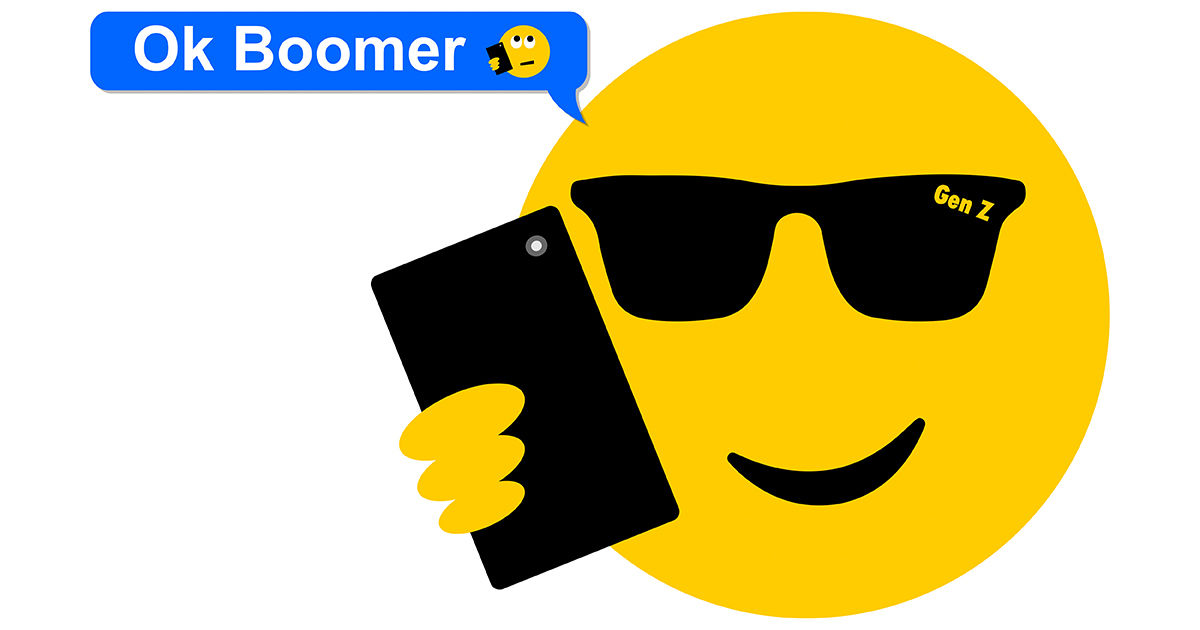 “OK Boomer” might work as a meme, but, as a political rallying cry, young Americans could do better.

If you don’t have to click the link to know who Billie Eilish is, you’ve likely seen the “OK Boomer” memes, and chances are you have even used the phrase jokingly and non-jokingly. If you’re older, you may have been on its receiving end—even if you’re not that much older. Even I, an older Millennial, have—albeit not in person but on a US message board—for making an argument that I will be repeating toward the end of this short explainer.

In US public discourse, “OK Boomer” has become a popular way of dismissing certain attitudes and opinions expressed by and associated with the Baby Boomer generation (people born in the US between 1946 and 1964). Due to its nature, origins, as well as its generational focus, it is used most widely (and perhaps most justifiably) by Millennials and Gen Z-ers, who, after years of being inundated with articles and TV shows exploring their alleged laziness, complacency, and entitlement, found in it a weapon and rallying cry in the cultural battle over who to blame for the nation’s perceived ills. Having become a popular catchphrase appearing in online discursive and creative spaces (as well as on all kinds of merch), it has successfully shifted at least some of the less-than-favourable spotlight from the youngest voters to the second oldest grouping within the US electorate.

This was possible because, beyond the snark, there is substance. First, younger people don’t have it nearly as easy as some recent narratives would have us believe. Despite enjoying benefits made possible due to the work of previous generations, including better-than-ever educational prospects and a realistic demand for increased job flexibility, Generations Y and Z are facing considerably more prohibitive costs associated with home ownership, exacerbated by a long-unsolved student loan crisis, and, thus, take more time to marry and have children, move out later, rent longer, have more roommates, and buy homes later.

Second, it is definitely possible to make the case that certain members and segments of the Baby Boomer generation bear considerable responsibility for the present difficulties. In a general sense, a critical factor in the frustrations shared by members of younger generations is that the people articulating them are emphatically more liberal, progressive, and left-leaning than their predecessors. Their main argument is that it was Baby Boomer politicians (with the backing of voters from the same group) who, after becoming the majority of the electorate and the dominant legislative force in Washington, DC by the mid-1990s, introduced and maintained short-sighted policies that mainly benefited their own age group and turned out to be detrimental to the nation’s economic and social strength. The housing bubble and the resulting financial crisis of 2007–2008 are oft-cited examples of this, as are fiscal policies that threaten the sustainability of key elements of the social safety net and the failure to adequately address climate change.

Yet the more general, not strictly policy-related factors mentioned above also illuminate just how counterproductive and misguided the age-centred reasoning can be. If the argument is essentially that Boomer politicians put the country on the wrong track, while those Boomers who were not in power were complicit through their political (in)action—whereby they put and kept such forces in power—then it is a lens through which younger generations have not fared much better. Simply put, Boomers have consistently stepped up way more than Millennials and Gen Z have when it came time to cast votes, and, thus, it can be argued that, through their relative political inaction, they have also contributed to the much-maligned status quo.

This is evident in the generational breakdown of turnout rates at the last two major US elections: the 2016 presidential and congressional elections, and the 2018 midterms. 2016 marked the highest level of participation by Millennials, at 51%, which still made them the least politically active age group, with Boomers boasting the second-highest turnout rate at 69%. Moreover, roughly one-third of young voters cast their vote for Donald Trump, who embodies many of the policies and mentalities that “OK Boomer” has been used to dismiss. In 2018, the bottom rung was no longer occupied by Millennials (42% of whom showed up)—because only 30% eligible Gen Z voters bothered to vote. Should we expect more internet-savvy septuagenarians to start responding to the criticisms listed above with “OK Millennial/Gen Z-er maybe go vote next time”? 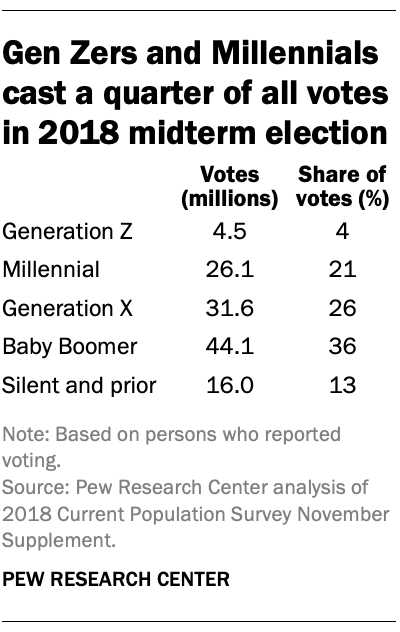 Thus, as substantial as young people’s complaints may be, a more nuanced approach to identifying the points where certain things went wrong appears necessary. In fact, many Boomers also suffer from policies enacted and supported by people born roughly around the same time as them. Approximately half of Americans who will soon be turning 65 have less than USD 25,000 in savings, while a quarter of them have less than USD 1,000. They tend to retire later than their forebears, as many of them also stand to become victims of the same impending threats to Medicare and Social Security that have caused younger generations to raise the alarm. As a recent article in The Guardian points out, these people are victims of exploitative practices that are in no way exclusive to their own generation. To echo the piece’s conclusion, “it’s not ‘boomers’—it’s that investment banker you went to high school with.” Finally, it might be worth pointing out that assigning a set of negative traits to a group defined by a single factor beyond their control goes wildly against the progressive values and increased social sensitivity that many of the same Millennials and Gen Z-ers’ who now rally behind the OK Boomer meme tend to apply with remarkable ferocity in discussions of identity.

Being a millennial myself (albeit, nearing my mid-thirties, an older representative of the group), I think I understood the jab mentioned in the introduction for what it was: mostly a joke, but, in no insignificant part, the articulation of well-founded frustrations with the legacy of an older generation, as well as the inability and unwillingness of many of its members to engage with and understand the very different realities that legacy has created for their descendants. Yet, as with all cases of gross generalisation, it is no substitute for an argument—and if we treat it as such, it does not take much to have it backfire.