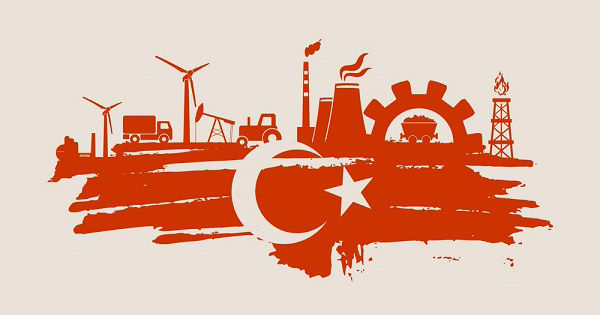 On a side note to a panel discussion

Turkey and the geopolitics of energy

In recent years, growing attention has been paid to Turkey’s participation in international energy policy and energy security processes, particularly with regard to various pipeline projects. In line with this, the objective of our article is to provide a comprehensive picture of Turkey's energy security situation and an overview of the regional context of Turkey’s pipeline diplomacy. This blog post was inspired by a panel discussion entitled Turkey and the Geopolitics of Energy, organised by the Antall József Knowledge Centre, where we aimed to shed light on the above topics with the help of Turkish scholars.

Should we analyse the situation of Turkey from any point of view, we can hardly ignore the country’s specific geographical location. Turkey is located at the crossroads of regions, and this situation offers many opportunities, but it also presents numerous challenges for the country, be it in general foreign and security policy terms or an even more specific regard such as energy policy. At the same time, it is important to see that it is hardly possible to talk about energy policy as a narrowly interpreted policy field today, as energy affairs are getting increasingly interconnected with foreign policy and geopolitics, while energy relations themselves become more and more politicised. In this respect, it is worth noting that some experts, for example, Michael T. Klare, argue that, in the analysis of international relations, besides the classic “hard power/soft power” division, there is also a growing recognition of a specific category of exerting power. Klare calls it “energy power” and defines it as the ability of nations to utilise their energy production and technology capabilities to advance their power position and undermine that of their rival states. This approach undoubtedly supports the notion that it is getting less and less possible to separate the assessment of a country’s energy policy from the analysis of its foreign policy. It is worth studying the situation of Turkey and its regional energy relations in this particular context, noting that, although the country itself does not have enough energy resources, it can turn its favourable geographical location to its advantage in several ways, and, through its active participation in energy security processes, it may be able to strengthen its regional power position.

Turkey’s geographical position is characterised by the fact that the country’s territory is an energy transport route between energy export-oriented and energy-importing states, which creates a number of opportunities, responsibilities, and challenges for Turkish energy and foreign policy. In addition, Turkey itself is heavily dependent on energy imports: it satisfies about 74% of the country’s total energy demand from imports. The data on hydrocarbon imports are also remarkable, as the country is almost totally dependent on such imports: 92% of Turkey’s oil demand and 98% of its natural gas demand are met by external sources. At the same time, Turkey’s neighbourhood is quite rich in these energy resources: around 70% of the world’s known oil and natural gas reserves are in the vicinity of Turkey, which offers many opportunities to secure the country’s energy needs. Iran, Russia, and Iraq are among the top oil suppliers to Turkey. Their share in Turkey’s oil import represents 26.94%, 18.87%, and 16.55%, respectively. When it comes to natural gas, one can identify an even more significant dependency dominated by Russia. 51.93% of total Turkish natural gas imports come from Russia, 16.74% from Iran, 11.85% from Azerbaijan, and all of them are transported through pipelines. In addition, Algeria and Nigeria are also two major LNG suppliers to Turkey.

To characterise Turkey’s energy security situation, we can set up a dual perspective that, on the one hand, focuses on how Turkey can meet its domestic energy demand, and, on the other hand, how the country can deeper engage with the international energy security processes. With regard to the latter, it is important to note that Turkey’s energy transit activities have commenced to a greater extent by putting the Kirkuk–Ceyhan oil pipeline into operation and by exporting Iraqi oil through it since the late 1970s. Two and a half decades later, by commissioning the Baku–Tbilisi–Ceyhan pipeline, Turkey’s energy transit role has been reinforced on a changing energy security map. The geopolitical importance of the latter project stems from the fact that it supplies Azerbaijani oil to the world market through an infrastructure involving Turkey, but without any involvement of Russia, which is traditionally a dominant power in the Caspian Sea region. In light of the aforementioned, one can see that Turkey has become a strategic player in the regional energy geopolitics, and this process has intensified since the early 2000s. In this context, the focus of energy security discourse has gradually shifted from oil to natural gas over time, and Western countries have become more determined to involve Turkey—which is heavily dependent on Russia—in initiatives aiming at improving Europe’s energy security and abating European dependence on Russian gas. So far, a number of potential pipeline projects involving Turkey have arisen, especially in the past one and a half decades. At the same time, most of them remained in the planning phase and were finally not realised, including the frequently quoted Nabucco project, that was supposed to run across Turkey, or the Southern Stream, which would have crossed Turkey’s Exclusive Economic Zone under the Black Sea. It is now clear that only the EU-backed Southern Gas Corridor and Gazprom’s TurkStream project have entered the construction phase. These are expected to be fully operational by 2020 and, from then on, will redraw the region’s energy transportation map at least to some extent. 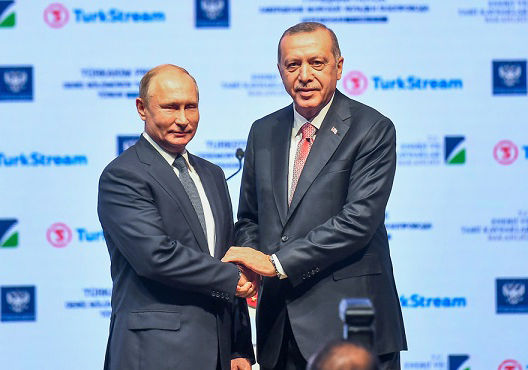 Vladimir Putin and Recep Tayyip Erdoğan at the official ceremony marking the completion of the offshore section of TurkStream pipeline in November 2018
Source: Shutterstock

As outlined above, we can see that Turkey holds a special position in energy geopolitics. It is the second largest market and an important future transit route for Russian gas, while it also plays a prominent role in initiatives promoting European interests, a central element to which is the reduction of the dependence of EU Member States on Russian gas. In a narrower sense, Turkey’s energy security situation might be best assessed in a geopolitical energy triangle consisting of Russia, the European Union, and Turkey itself. At the same time, it is also important to highlight that due to its geographical location, Turkey is at the centre of a broader area where energy interactions are intensifying. The Israeli, Cypriot, and Egyptian gas fields discovered in the Eastern Mediterranean—which forms the Southern neighbourhood of Turkey—can have an important impact on the region’s future in terms of energy security, but one can also mention the Caspian Sea region, as it will also be able to supply Azerbaijani gas through Turkey to Europe, and in case a lengthy list of preconditions would be met, the same route could also be used for supplying Turkmen and Iranian gas to Europe in the future. In this context, it should also be noted that, for Turkey, the previously set energy transit state role has become less and less appropriate, and now, its real strategic objective is to become an energy hub. The latter goal implies that Turkey does not want to be a passive actor anymore, but it aims to become an active player: it wants to shape regional energy policies and prices, as well as re-export energy resources.

At the same time, it is important to see that Turkey as an emerging energy security actor needs to take many factors into account when organising its energy relations. Even though its role as an energy transit state or energy hub in the regional energy security architecture is improving, the priority remains to satisfy the country’s domestic energy needs. The security of domestic supplies can be enhanced by creating a more diversified supplier structure and energy mix. A particularly important issue is how the Russian–Turkish energy relations will develop in the future, as Turkey’s oil, natural gas, and coal imports heavily depend on Russia, while, by constructing and commissioning the Akkuyu Nuclear Power Plant, its dependency will spill over to the field of nuclear energy as well. It is also necessary to look at the fact that natural gas-related projects have distinctive importance for Turkey in becoming and being an energy hub. However, at the same time, it is a major question how the long-term prospects for the gas sector in the region will look like. As the use of renewable energy resources emerges and the European decarbonisation efforts progress, the demand for natural gas in Europe is expected to decrease in the long run. In light of this, it remains to be seen how lower demand could affect Turkey’s role as a natural gas transit state or gas hub. Likewise, it is an important question whether the 16 billion m³ initial transport capacity of the Southern Gas Corridor—which is expected to be completed in 2020—will be expanded in the future. In fact, increasing capacity can determine the geopolitical relevance and viability of the whole project. It is also a crucial question through what infrastructure from the Western borders of Turkey the Russian gas will be transported to European markets via the TurkStream pipeline that is currently being under construction. And finally, it adds up to the picture how Turkey’s emerging role in the regional energy security dynamics can affect the country’s regional weight and power, and to what extent Turkish foreign policy can benefit from this potential in promoting its interests.