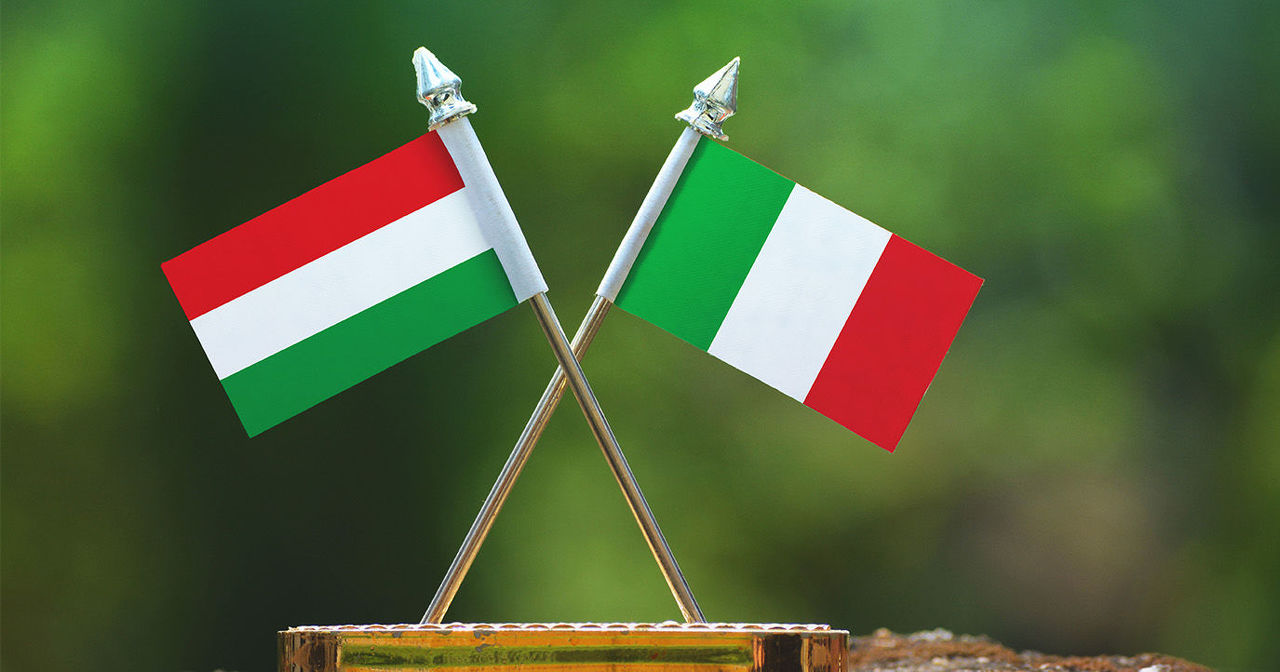 A new understanding that promises to challenge Macron

The Hungarian Prime Minister paid a very significant visit to Italy. On the one hand, it represents a legitimation of Matteo Salvini’s governing project from a fellow European leader. On the other hand, the talks may usher in an informal alliance for the 2019 European Parliament election—an alliance with great potential, but one which may not be all too desired by neither parts.

Last Tuesday, on a mild Italian late summer afternoon, Minister of Interior—and Deputy Prime Minister—Matteo Salvini met the head of the Hungarian government in Milan in what seemed to many as laying the foundations for a new alliance among European sovereignist forces. During the meeting, around 15,000 demonstrators from the civil society and left-wing parties gathered at the San Babila Square, few hundred meters from the Prefettura Palace, where the joint press conference was taking place, in order to protest against Salvini’s anti-immigration policy under the slogan “Europe Without Walls.”

The meeting also came as a surprise for Luigi Di Maio, the other deputy prime minister and leader of Salvini League’s (Lega) governing ally, the 5 Stars Movement (Movimento 5 Stelle, M5S). Despite the attempt of M5S spokesmen to explain the not institutional nature of these talks, it was clear that Di Maio & Co. found themselves facing a new fait accompli. In fact, it is not the first time that Salvini’s political impulsiveness found his partners unprepared, and this appears to be a winning strategy for the League because—according to latest polls—in few months’ time, the party managed to catch up to the currently most popular Italian political force, the M5S. 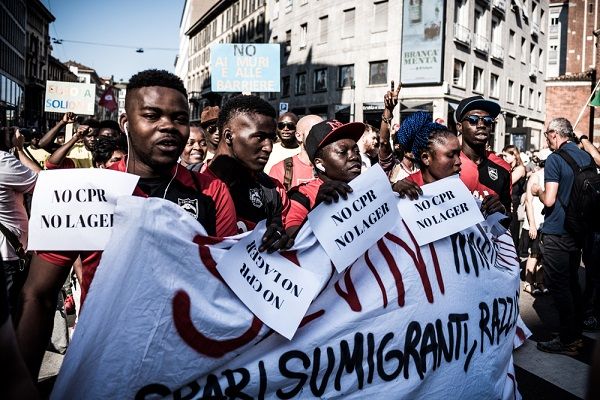 As expected, the talks with the Hungarian prime minister focused mostly on the issue of migration, a topic on which the two leaders already showed to the EU how adamant they were. Orbán, often portrayed as the great challenger of the European mainstream, refused to take part in an EU mandatory relocation scheme and opposed the reform of the Dublin regulation that would drive for a more reasonable allocation of asylum seeker within the EU. Moreover, during the conference, the Hungarian PM applauded Salvini’s job and remembered how “Hungary has shown that we can stop migrants on land. Salvini has shown migrants can be stopped at sea. We thank him for protecting Europe’s borders.”

As a matter of fact, Italian position regarding migration is not really matching to the one pursued by Budapest. In fact, until now, one of the priorities for the Italian government—and for the League—has been to make the redistribution of asylum seekers arriving in Italy “obligatory” and “automatic” among fellow EU member states. But following the summit, the position of the country changed and Salvini declared that “reforming the Dublin Treaty is not the priority [of the Italian government?] anymore. If Europe starts to protect its external borders again, then the reform becomes a secondary issue.”

Obviously, this statement startled Luigi Di Maio and the Prime Minister Giuseppe Conte, who in the last weeks has been working with his European counterparts to change the Dublin Treaty and to push for the creation of “a system for the migratory phenomenon shared by the whole EU.” 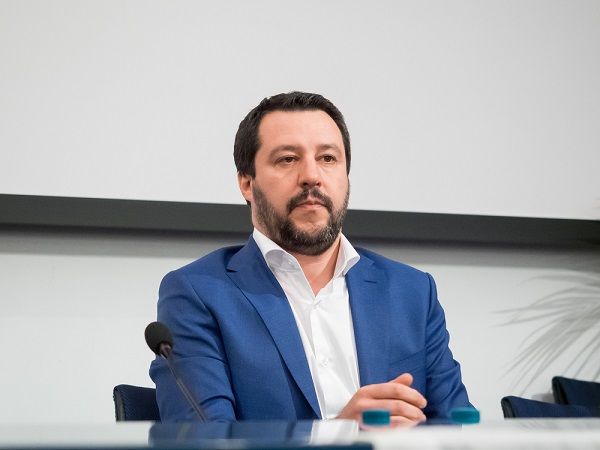 Matteo Salvini, the leader of Lega and the interior minister of Italy, who is also one of the two deputy Prime Ministers in the country
Source: Shutterstock

But the Salvini–Orbán talks were not only limited to migration; during the meeting, the two leaders also touched upon the idea of making an alliance of anti-migration parties in view of the European Parliament election to be held in May 2019. “We want to change a lot of things,” Orbán said. “We need a new commission and a new parliament that takes a definite stance in favour of defending the EU’s frontiers and in stopping migration.”

Few weeks ago, Salvini proposed to create a so-called “League of the Leagues,” a coalition of the most Eurosceptic and anti-immigration parties in the EU which would “join different energies with a common goal,” and would “exclude the left-wing parties and bring to the forefront the values and identities that these forces represent.”

Obviously, if formed, this new alliance would be a contrasting force to Macron’s idea of a moderate pro-Europe political alliance. Both Orbán and Salvini, the two most vocal anti-migrant leaders, consider Macron a political enemy, whose purpose in their view is to throw open the doors of Europe to illegal migration while trying to “blow up the European People’s Party (EPP) in the same way he has done with the French party system.” 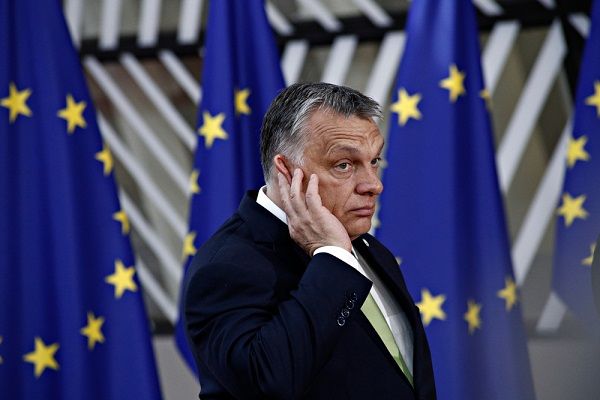 But despite this declaration of joint intents, it is hardly imaginable that the Hungarian PM will be ready to leave the EPP, the largest political group in Europe, where his party, Fidesz, enjoys the prestigious company of Merkel’s CDU and that of his friend, Silvio Berlusconi, to join Salvini in this new adventure. In this sense, Orbán’s strategy is very clever. Showing his allies that he also has other choices and possibilities, the Hungarian prime minister keeps a sort of balance of power inside the EPP. The party group now has two options: it will either participate in next EP elections counting on the votes of Fidesz—giving in this way stronger voice inside EU institutions to the champion of anti-migration forces—or distance itself from Fidesz and accept he fact that this move will severely weaken its results at the ballot.

The position of the Hungarian Prime Minister was pronounced pretty clear at the press conference. While describing Matteo Salvini as his new hero, Orbán reiterated that “I’m Hungarian, I’m loyal,” and that before talking with the League’s leader he had “asked permission from Silvio Berlusconi.” And it is exactly this ability to keep a foot in both camps that Salvini has to learn from his Hungarian colleague.