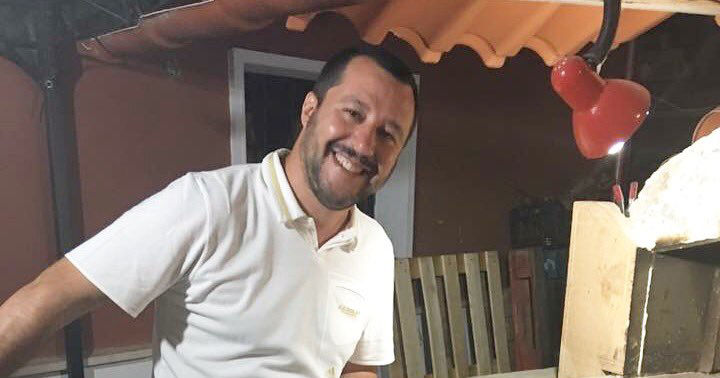 How social networks-addicted politicians are shaping the Italian political environment

Leaving behind the politichese, the murky and hard language of the First Republic politicians, and gradually relegating the figure of Berlusconi to history, whose showman style and football-borrowed language shaped the political arena during the so-called Second Republic, we are now witnessing how social media have taken over Italy’s political class. 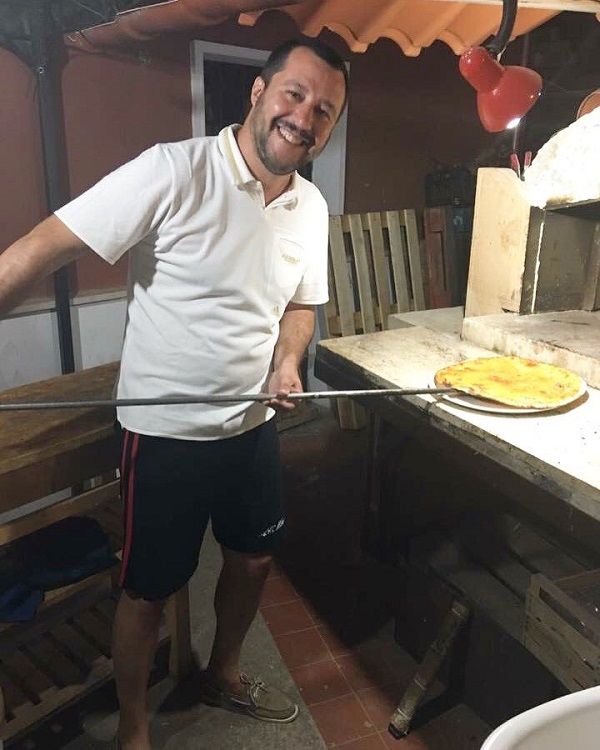 Did you know that Italy’s Interior Minister and Deputy Prime Minister broke up with his girlfriend and likes to eat Nutella? And that his favourite wine is Barolo, and, defying the purists of the Italian kitchen, he likes to eat tortellini with ragù sauce?

Probably, you could also live on happily without knowing these things, but there is not a single day that goes by in Italy without people being influenced by these bits of news. Despite the apparent inoffensiveness of these messages, all this “like–share–comment” material is part of a carefully studied strategy aimed at influencing Italians’ political behaviour and redirecting decisional process from institutional structures to the piazza. However, the eradication of the healthy political debate from its institutional environment and the permanent quest for the followers’ approval might have—maybe in the medium-term—very serious consequences for the democratic hold of the country.

The vast use that politicians make of social networks today is not an Italian degeneration, but probably Italy is the only country where two populist social networks-addicted parties—each from different political families—decided to govern together, while not restraining themselves from challenging each other in a no holds barred fight on Twitter, Facebook, Instagram, etc. That is why almost every political decision the Italian government intends to take today first need to have a high approval rating from the people—or rather the followers. Yes, in a system where producing sensation is a rule, political actors tend to behave as if they were in a TV show. Thus, only six months after that Italy’s new government took office, the League and the Five Star Movement have already introduced a fresh way of political communication. 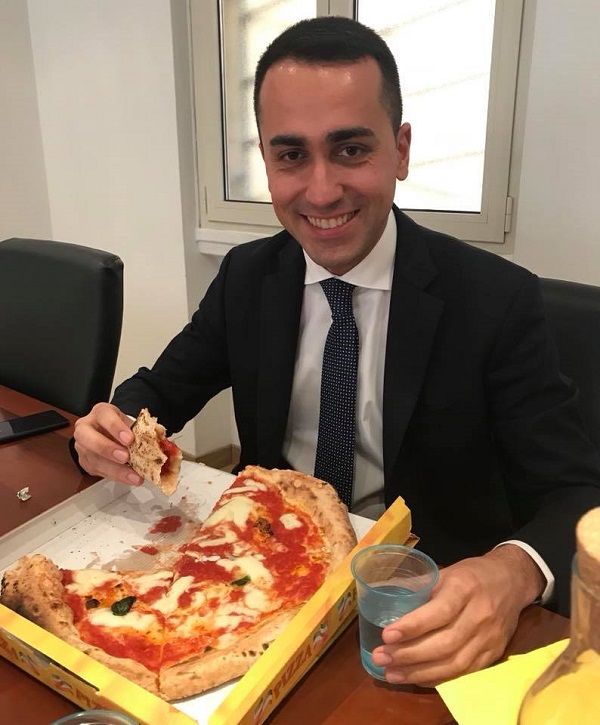 Today, we are living a new phase in the Italian republican period, and some experts are cautiously talking about a “Third Republic.” One may agree or disagree whether the rise of the Five Star Movement and the fall of those parties which shaped the political environment in the last twenty years can represent the birth of a new political era, but we cannot deny that, at least when it comes to communication, this government does not follow its predecessors’ ways. Leaving behind the politichese, the murky and hard language of the First Republic politicians, and gradually relegating the figure of Berlusconi to history, whose showman style and football-borrowed language shaped the political arena during the so-called Second Republic, we are now witnessing how social media have taken over Italy’s political class.

As already mentioned, the 4 March general elections in Italy gave the country a government composed of two forces with strong populist rhetoric but totally different agendas. The Five Star Movement, which became the most voted party, represents the most innovative form of political association in the country. In fact, the movement was born from the blog of a famous Italian comedian, Beppe Grillo, and then evolved into a real political party. In 2007, Grillo started to be politically active, organizing meet-ups across the country. The initiative was known as “V-Day”—V stands for the Italian word vaffanculo that means f*** off. The movement advocates for extending direct democracy instruments to more and more fields of politics; they do everything from selecting candidates for elections to choosing a political program on the internet. Obviously, the pentastellati receive their strength from a very well-organised and effective social media activity. 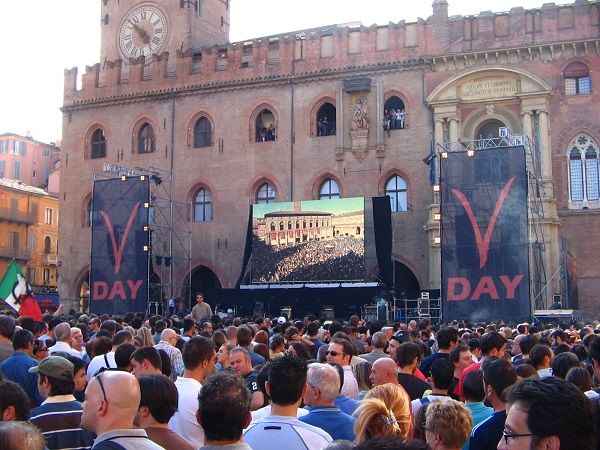 Despite being a precursor to this new way of politics, the Movement led by Luigi Di Maio now suffers the ruthless social activity of its governing ally. The League’s leader Matteo Salvini is the dominant figure of Italian politics today, and his great familiarity with social networks is paving the street for the success of his party at the next European elections to be held in May 2019. Salvini’s initial position as a junior partner in the new “green-yellow” government has been astutely reversed by the huge popularity he has been gaining from his new and incisive style. In early 2014, when Salvini took control of the Northern League—the word Northern was intentionally dropped in order to sell the party to a nationwide electorate—the party languished at the margins of the political arena. As a first step of his leadership, Salvini entrusted his social media strategy to Luca Morisi, a software developer who decided to abandon the traditional party-centred strategy in order to move towards the creation of a direct link between Salvini and his supporters.

To make it clear, Salvini is not a forerunner with this strategy within the Italian political arena. In fact, Matteo Renzi also made reckless use of his exposition on social networks, but, differently from the former prime minister, the leader of the League aims at raising his followers’ most instinctive feelings. According to a sentiment analysis carried out on Salvini’s post, most of the comments on the politician’s social media profiles showed rage, fear, and anger in the first place. Obviously, his strategy is intentionally directed to involve his followers emotionally and create outrage in his opponents. And almost invariably, his messages are very easy to interpret, with food playing a big part in them. Making use of a very non-institutional and direct language, on his accounts, the Interior Minister helps a deep polarization and incites the “good” Italian people, normally white, Catholics, consuming exclusively Italian food, and united under the wing of the “Captain,” to fight against the globalist European Union, led by bureaucrats who attempt to destroy Italy’s rich culture and cuisine.

This is the trend today. An oversimplification of messages, a mystification of reality, and a growing polarization of political debate. And this is the environment the “New Monsters”—to quote a milestone of the Italian cinematography—of Italian political world belong to. To make the situation even more complicated, ordinary people are inclined to use social networks to get every kind of information they need. The extremely simple messages expressed on social networks are the rule, and the press today also makes big use of these sources. Unluckily, as a research reveals, Italians are amongst those who rely most on these sources of information since a consistent part of the population declares to have difficulties to understand even simple texts. It is not a strange thing that Salvini and other Italian politicians sound as if they were talking to children when they broadcast on social networks. 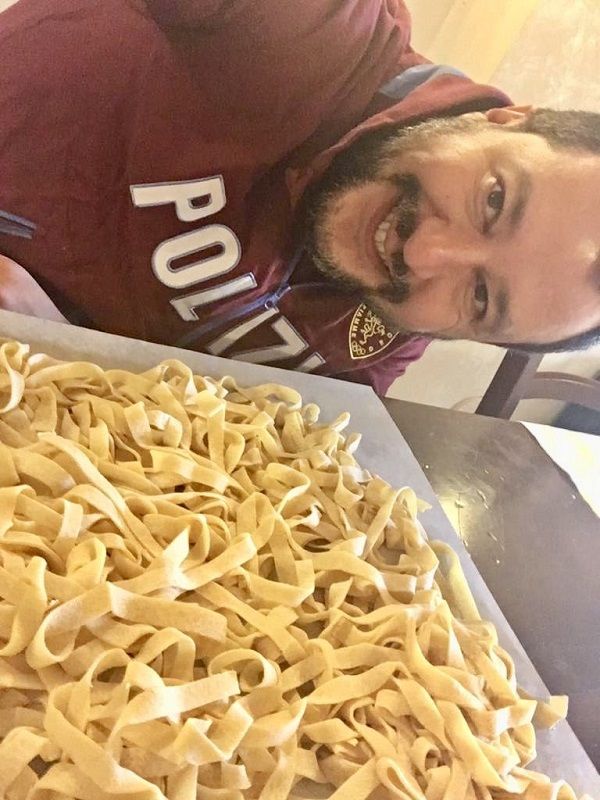 But traditional press is not the only victim of the social networks’ rise; democratic institutions are also under attack, and the critical skills of the electorate are in danger. Italy is a country where democracy is still strong, and where civil liberties are respected, but, at the same time, the political culture of the country is weak (compared to other Western European democracies). And the last governing experience puts a huge strain on the stability of the whole system. Disregard for the opposition, disdain for the role of the Parliament, racial hatred, obsession for conspiracies, attacks against the freedom of the press, the presumption to be the voice of the whole country, chauvinism, and ethno-nationalism. These are just a few examples where the new government showed its darkest side. It is mistaken to assume that Italy today experiences an authoritarian involution because the checks and balances in the country are still very strong. But how much can the immune system of a country resist to this push towards a political system based on the permanent and fast quest for consensus? The history is full of examples showing how easy it is to get out of a democratic system. But the history also teaches that a return to normality is far more complicated.