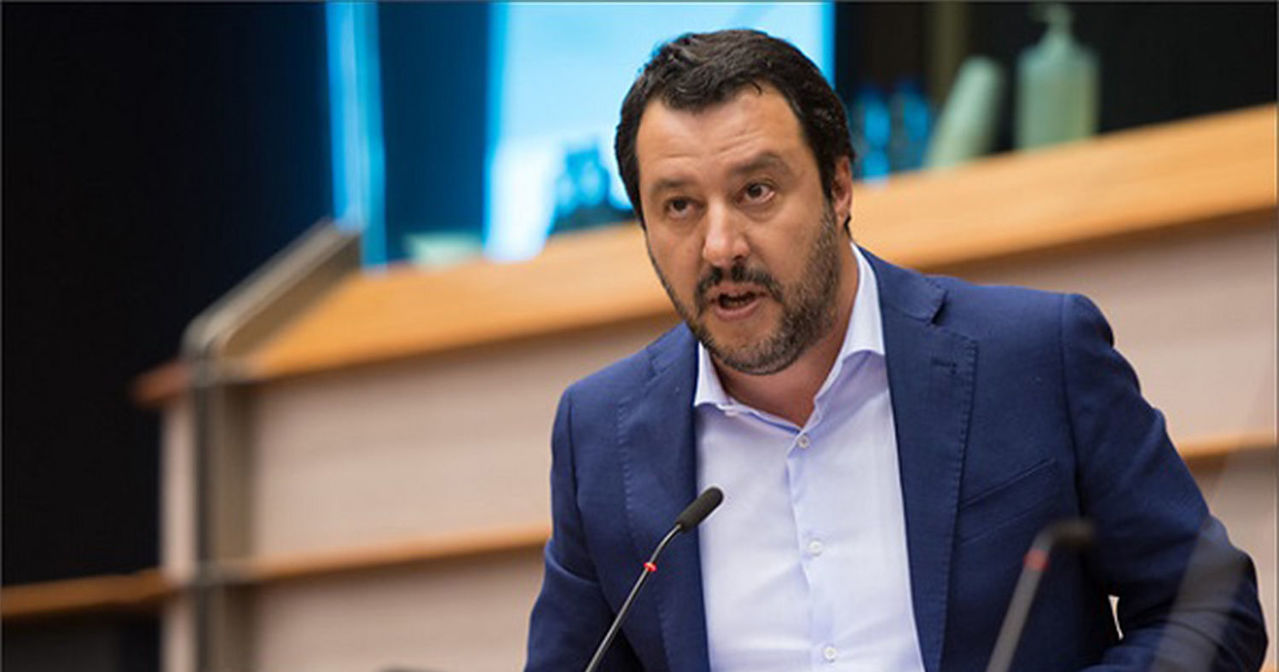 They would also change Europe, not just Italy

More than a year after the Italian parliamentary elections, and shortly before the European Parliament elections, we have witnessed a number of events in Italy on both the domestic and foreign policy front. While at the beginning of April, as a result of heavy fights in Libya, the Italian leadership expressed concern about the possibility of a new wave of migration, Matteo Salvini, the Italian Interior Minister, was already preparing for the European elections. At the same time, the Italian governing coalition is trying to keep up the appearance of coherence and stability, but taking into consideration the tensions between the parties that emanate from their different viewpoints, the real strength of the Yellow-Green Coalition seems questionable. Our article examines the current Italian domestic political processes related to the upcoming European Parliament elections. 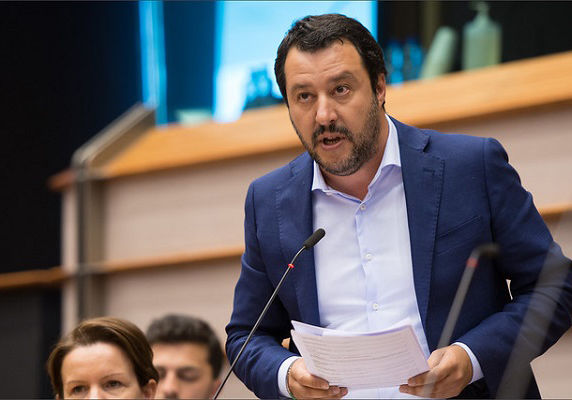 In March 2018, citizens voted for a completely new formation in Italy, the Yellow-Green coalition, whose members, the Five Star Movement (Movimento Cinque Stelle, M5S) and the League (Lega), defining themselves as a government of change, promised to transform the country, concentrating on questions such as more efficient management of migration, guaranteeing the security of citizens, pension and tax reforms, social and welfare measures, and the creation of new jobs. The League has been able to gain some kind of partial popularity through the more efficient and pragmatic management of migration in recent months (at least among those voters who have been expecting stricter immigration management), but the Five Stars Movement has not achieved significant results so far. Their success will greatly be influenced by how the basic income (or reddito di cittadinanza as the Italian media and the government refer to it), which can be best described as a social welfare reform program, will be sustainable and workable in practice, and how much it will meet voters’ satisfaction and achieve its original goals. The government wants to carry out an “economic manoeuvre” (to tackle the country’s most challenging economic problems through targeted measures and reforms), but this will not be an easy task at all.

In early April, statistics on party popularity showed that support for the Yellow-Green Coalition was below 54% in Italy, down from the previous 60%. According to Swg, an Italian market and opinion research institute, Salvini and the League had a popularity of 31.8% in April, the Democratic Party (Partito Democratico, PD) coming in second with 22.1%, and the Five Star Movement third with 20%. The latter is followed by Silvio Berlusconi’ Forward Italy (Forza Italia, FI) with 8.9%, then the Brothers of Italy (Fratelli d’Italia, FdI) with 4.9%. According to another survey, the popularity of each party was as follows: League had a 31.9% support, while Five Stars Movement 21.4%, the Democratic Party 20%, and Forza Italia and Fratelli d’Italia 12.3% and 4.7% respectively. At the end of April, taking into account the results of seven different opinion polls, the popularity of each party was as follows: League (31.1%), Five Stars Movement (22.5%), Democratic Party (21.3%), Forward Italy (9.5%), and Brothers of Italy (5.2%).

The future of the parties’ popularity and the stability of the coalition depend on a number of issues, but it is certain that Matteo Salvini intends to introduce radical changes not only in Italy but in Europe, too. At the same time, he is looking for allies to achieve his goals. The politician proclaimed a Europe of nations and peoples with real identity at an international meeting in Milan on 8 April, which practically launched the League’s European Parliament election campaign. Salvini stressed that Italy had become the main promoter of a Europe of new values, a Europe in which work, family, security, border protection, the protection of the economy, trade, agriculture and environment, as well as the protection of Italian and European products, have an important role to play. Matteo Salvini pointed up that he is proud of these goals being formulated in Italy. He also called attention to the importance of protecting European culture, identity, tradition, and language, and he pointed out that he counts on the support of his European allies in order to be able to promote these values and priorities. According to the Minister of Interior, special attention should be paid to the fight against terrorism, taking into account the fact that religious fanaticism and extremism are among the top priorities today. The Minister of Interior added that this is something that his party cannot do alone, so he is looking for allies to achieve these goals. Beyond the foregoing priorities and values, it can be an additional advantage for the potential “new friends” if, like Salvini’s party, they are not particularly satisfied with the current trends in Brussels. Salvini described the ongoing EU policy priorities and processes as a nightmare. The leader of the League hosted the above-mentioned event at a luxury hotel in central Milan under the banner “Towards a Common Sense Europe. People Rise Up.” According to the announcement, the new EP group would be called the European Alliance of Peoples and Nations (EAPN). 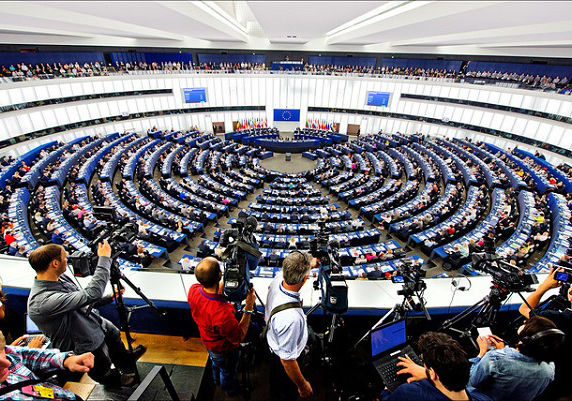 The ambitious goal of all those around this table is to give birth to a group which can play a leading role in the next European Parliament, Salvini told reporters. The Lega leader declared that he aims to change Europe as one of the most decisive political forces. The April event was attended by, among others, Anders Primdahl Vistisen, MEP for the Danish People’s Party (Dansk Folkeparti, DF), Jörg Meuthen, the representative of Alternative for Germany (Alternative für Deutschland, AfD), and Olli Kotro, MEP candidate of the Finns Party (Perussuomalaiset). Prior to the Milan meeting, on 5 April, the Lega’s leader also consulted with Le Pen’s National Rally (Rassemblement national, RN), where the two parties stressed that both are working to broaden the alliance, with the aim of extending the political family with new members who want to change the roles of the game in Brussels and Europe. They emphasised that the main themes of the campaign will be work, family, and environmental protection.

Regarding the new alliance, Salvini stated that, in order to be able to realise his political mission, he intends to address those who are not yet his allies, and he counts on the Spanish, Polish, and Hungarian counterparts as well. With the aim of joining together “under one big umbrella,” Salvini expressed that he would collaborate with parties such as the Dutch Party for Freedom (Partij voor de Vrijheid, PVV), led by Geert Wilders, the Austrian Freedom Party (Freiheitliche Partei Österreichs, FPÖ), led by Heinz-Christian Strache, and Poland’s Law and Justice (Prawo i Sprawiedliwość, PiS), led by Jaroslav Kaczynski.

The real success of the new political family depends on many different factors. The interests of individual political forces contradict each other in many cases, which may hamper the long-term, lasting cooperation. Although the critical tone for the European Union may be a cohesive force, some actors have different views on many issues, such as immigration, the relations with Russia, or the EU budget. Much depends on the question of how much a potential alliance with the Italian politician could be attractive to political actors currently belonging to different political groups of the European Parliament, and whether this could be a strong, durable alliance. “We have different geopolitical interests,” said Olli Kotro, MEP candidate for the Finns Party. But he added that the parties would unite on “border protection, culture and the fight against Euro-federalism.” AfD co-leader Jörg Meuthen said the new alliance would launch a platform to unite Eurosceptic parties. Regarding the diverse interests of the parties, Anders Vistisen, MEP for the Danish People’s Party, added, “What unites us is far greater that the things that divide us.” If those forces (or at least some of them) that Salvini is counting on to establish his alliance really merged into a large Eurosceptic family, they could double their power by May, writes Politico. It is estimated that among the most important Italian parties, Lega will have around twenty-six representatives in the European Parliament, while both the Five Stars Movement and the Democratic Party eighteen, Forza Italia seven, and Brothers of Italy four.

Taking into consideration all the above-mentioned circumstances, one of the key issues for the coming period is whether Salvini’s alliance could really be a decisive group in the European Parliament, and to what extent it can be powerful. At the level of national governments, major political transformations are taking place in several countries in Europe. In many cases, voters abandon traditional parties, and a growing number of people put their faith in anti-establishment parties that promise changes. For the time being, it is difficult to predict whether this transformation could reach Brussels, and especially, to what extent. A significant number of analysts believe that the next EP elections may upset the current balance of power, and that besides the traditional forces, the Eurosceptic players will play a more significant role. If this scenario becomes reality, the question arises: May these actors block certain decision-making processes and influence the effectiveness of the EU? As far as the Italian domestic political processes are concerned, it is also a crucial point whether the Italian “economic manoeuvre” will be realisable and workable and could satisfy Italian citizens’ expectations. The latter questions will become visible in the light of the events of the coming weeks and months, but one thing is certain: when it comes to the future of the European Union, the stability of the Eurozone, or the long-term management of migration, Italy and Italian domestic processes are of key importance to Europe.