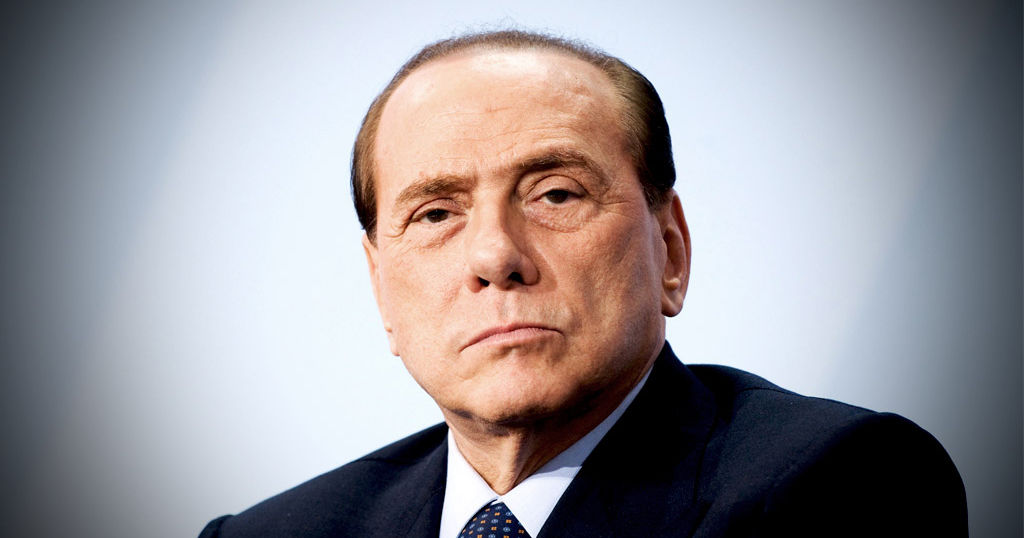 Silvio Berlusconi proclaimed himself to be politically immortal and the driving force of Italy’s centre-right after his Forza Italia party and its allies triumphed in local elections across the country. These two events, the local elections in June and the results of the November elections in Sicily, show that the 81-year-old politician, who has been absent from politics for six years, is still able to return to the political arena with his Forza Italia party, forming a coalition with the Matteo Salvini-led Northern League and the Brothers of Italy party.

After he had been forced to resign in 2011 due to his management of Italy’s debt crises and all the scandals that had marked his personal life, Mr Berlusconi was written politically off. Despite his open-heart surgery in 2016 and all the issues (tax fraud, corruption) that characterized his last term in office, the politician has once again catapulted himself back to the political frontline.

In 2012, Berlusconi was given a four-year jail term for a tax evasion conviction, but this was later commuted to a four-hour a week community service at a home for people with dementia in Milan. An important element of Berlusconi’s still unsolved case is a regulation known as the Severino Decree, passed after Berlusconi’s conviction, which ruled that anyone sentenced to two years or more in prison should be banned from office for at least six years. In 2013, the Italian Senate voted to expel the ex-prime minister from parliament with immediate effect due to his conviction for tax fraud, and according to the Severino Decree, he is banned from public office until 2019. However, in 2013, Berlusconi appealed to the Strasbourg-based European Court of Human Rights after his lawyers argued that Italy had committed a breach of the European legislation, as the decree had been applied retroactively. The outcome of the Berlusconi case is interesting as the current term for the Italian government is officially expiring in spring, so the national elections are expected to be held in March. Despite his remarkable political comeback, it is unlikely that Mr Berlusconi will be prime minister again, as a verdict in his case is improbable to come before the election. However, his party can definitely benefit from his forty years of political experience. 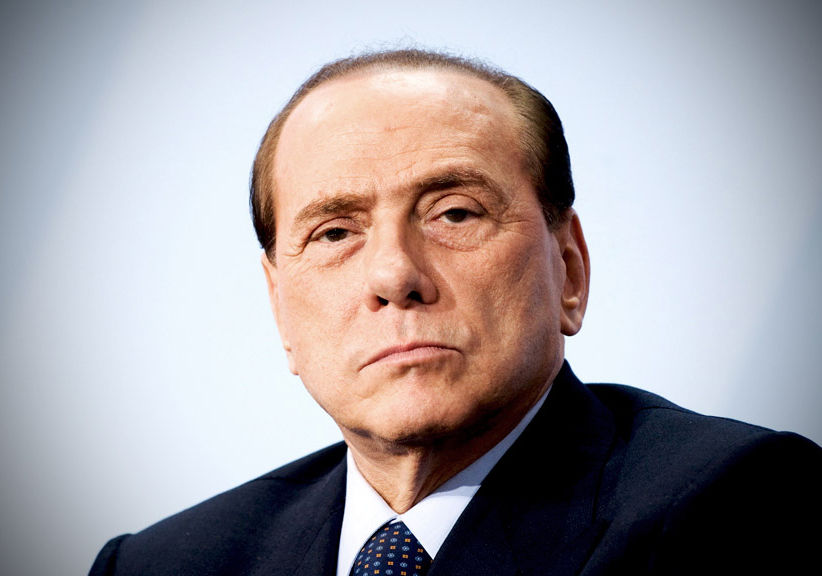 Source: Flickr, created by: paz.ca, licence: CC BY 2.0
The master of political comeback?

Therefore, it is worth mentioning the two relevant events that contributed to Berlusconi’s party, Forza Italia, sweeping victory, and thus to his return to the political arena: the aforementioned municipal elections during the summer and the elections held in Sicily in November. The right’s biggest achievement was to take the working-class port city of Genoa, which had been a stronghold of the Left for more than 50 years. They also won L’Aquila, Verona, Como, Monza, and Pistoia, as well as Sesto San Giovanni, a city near Milan known as “Italy’s Stalingrad” for its historically strong left-wing orientation. In the second run, on 25 June, more than four million Italians were eligible to vote in 111 towns and cities where no candidate had won more than 50 percent in the first round of voting on 11 June.

Considering both rounds of the elections, it can be observed that the centre-right won 79 cities, gaining control of 25 new cities, while the centre-left won 76, losing 30 administrations. The result can be considered a major setback for the Democratic Party (Partito Democratico, PD) and Matteo Renzi, the leader of the Democrats, who resigned as prime minister in December 2016, after losing a referendum on a constitutional reform, but who hopes to return to politics. “Things could have gone better, but general elections are a different story,” Mr Renzi said.

“I’m back, and you can see the results,” said Mr Berlusconi after the centre-right bloc won in local elections. Moreover, the politician added, “If we remain united, we will win the general election.” “I can’t wait to export the model from these local elections to the national level. If, after decades, they ask us to govern in Genova, Pistoia or Sesto San Giovanni, it means that we can govern the country too,” Matteo Salvini, leader of the Northern League (Lega Nord, LN), commented the result of the elections.

Many believed that the results showed the possible outcome of the national election, which Italy is going to hold next spring, although some analysts warned that local results would not necessarily be repeated at the national level. Undoubtedly, it can be stated that the mayoral elections tested the political mood of citizens in a period when economic recovery is still fragile, unemployment rate is high, and anti-European and anti-immigrant sentiment is growing, fuelled by waves of migrants from North Africa.

Another significant event, which marked the strengthening of Berlusconi and the centre-right coalition, was the victory in the Sicilian elections held in November. Nello Musumeci, the centre-right’s candidate for the position of the governor of Sicily, won the first place with almost 40% of the votes. The second place was won by Giancarlo Cancelleri, the candidate of the anti-establishment Five Star Movement (Movimento Cinque Stelle, M5S), with 35%. He was followed by the Democratic Party of former premier Matteo Renzi, which suffered a humiliating defeat at the polls, with just 18%. Berlusconi declared that the success of Musumeci meant the victory of moderate forces, the forces that believed in a better future and the possibility of a real change. “Sicily, just as I asked, has chosen the path of real, serious, constructive change, based on honesty, competence and experience,” Berlusconi said in a video posted on Facebook. The results were assessed by many as a barometer of Italians’ voting intentions, which seem to forecast the success of Berlusconi’s centre-right coalition, as well as the failure of the Democrats’ and Renzi’s in the forthcoming Italian general elections expected to be held in March.

It is, therefore, a big question how the forthcoming elections will evolve in the light of the events mentioned above and whether the detailed results can be expected to recur in the general elections. According to forecasts at the beginning of January, the support for the centre-right block stands at 36.1%, while 28.4% support the centre-left, and the individual chances of the parties seem to evolve as follows: the Five Star Movement is ranked first with 28.2%, followed by the Democratic Party (24.1%) and Forza Italia (14.8%), while the Northern League (13.6%) and the Brothers of Italy (5.5%) trail behind.

Considering the possible outcomes of the elections, it is important to mention the announcement of Luigi Di Maio, the leader of the Five Star Movement, in December, according to which, in contrast with the party’s previous position, M5S is now ready to build a coalition with other parties if it cannot achieve 40% in the general elections. This is a significant turnaround in the communication of the party, as M5S has previously completely refused forming any alliance with other parties, thereby significantly reducing its chances for governing. According to many, two main aims are behind the growing popularity of the party: the removal of the traditional, corrupt political elite, and the creation of more transparency in the political life.

The question is whether the Eurosceptic M5S, proposing green policy and energy-efficiency measures in its campaign (the name of the party, “five stars,” is symbolising water, environment, transport, development, and energy), could gain success despite its lack of political experience. The main criticism against the M5S is that its members do not have enough experience for governance. Berlusconi has previously stated that “the governance of a country cannot be improvised or invented, but one needs to have an experience in decision-making to do it.” Silvio Berlusconi also emphasized that he had 40 years of experience in this field.

Looking at the earlier successes of the centre-right, the question arises: what lies behind the success of a politician who was convicted for tax evasion and whose political career seemed to be written off after the many scandals that characterised his personal life and political career. According to the author, political experience is the ace up in Berlusconi’s sleeve, moreover, he has put two issues at the centre of his right-of-way political campaign, both of which having a huge impact on either the everyday or the political life of Italy: migration and security. Berlusconi is one of those politicians who believe that a new, Africa-focused Marshall Plan should be worked out—which means that the problem needs to be tackled locally, focusing on the root causes—to mitigate the migration to Europe. Despite the fact that one of the key successes of the ruling Democratic Party is to curb migration from North Africa in the second half of the year, immigration is still one of the challenges that significantly divide the Italian society. There is no doubt that Berlusconi used to have a viable agreement and a serene relationship with Muammar Gaddafi, the former Leader of Libya, that guaranteed the control over the arrivals from Libya to Italy. His ways of handling the issue may still be in the memory of the people, as it ensured—at least as to the migration—more stability for Italy, which is one of the goals to be achieved in the future. 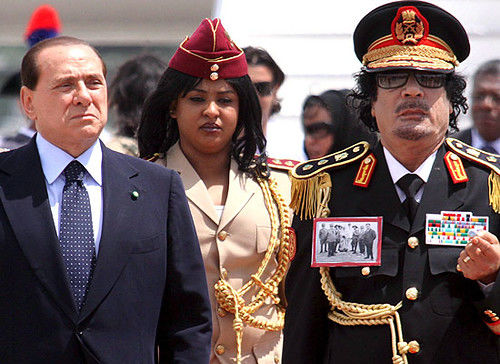 It is difficult to predict the outcome of the elections; some analyses raise the possibility of a domestic political crisis, considering the scenario that none of the political forces can obtain a governing majority in the next national election. The current, new electoral system, that it is characterised by a partly proportional and partly majority electoral practise, does not guarantee majority for a single party or coalition, and it basically rewards parties that are ready to form a coalition, whereas punishes those that act on their own, as well as the small ones who has no allies. The upcoming period in Italy will be about the preparations for the elections and about which party will be flexible enough to form a coalition with other forces or to remain united in already existing alliances. The current trend is that the formerly bipolar model of political life has evolved into three political camps with the growing popularity of the Five Star Movement, while the centre-right coalition seems to be able to adapt to this new situation in the most flexible way. By the end of December, Sergio Mattarella, President of the Italian Republic, dissolved the Parliament, and the Presidential Office announced that the parliamentary election would be held on 4 March, while the new Italian Parliament was expected to held its constituent meeting on 23 March.

The opening pic is by paz.ca/Flickr