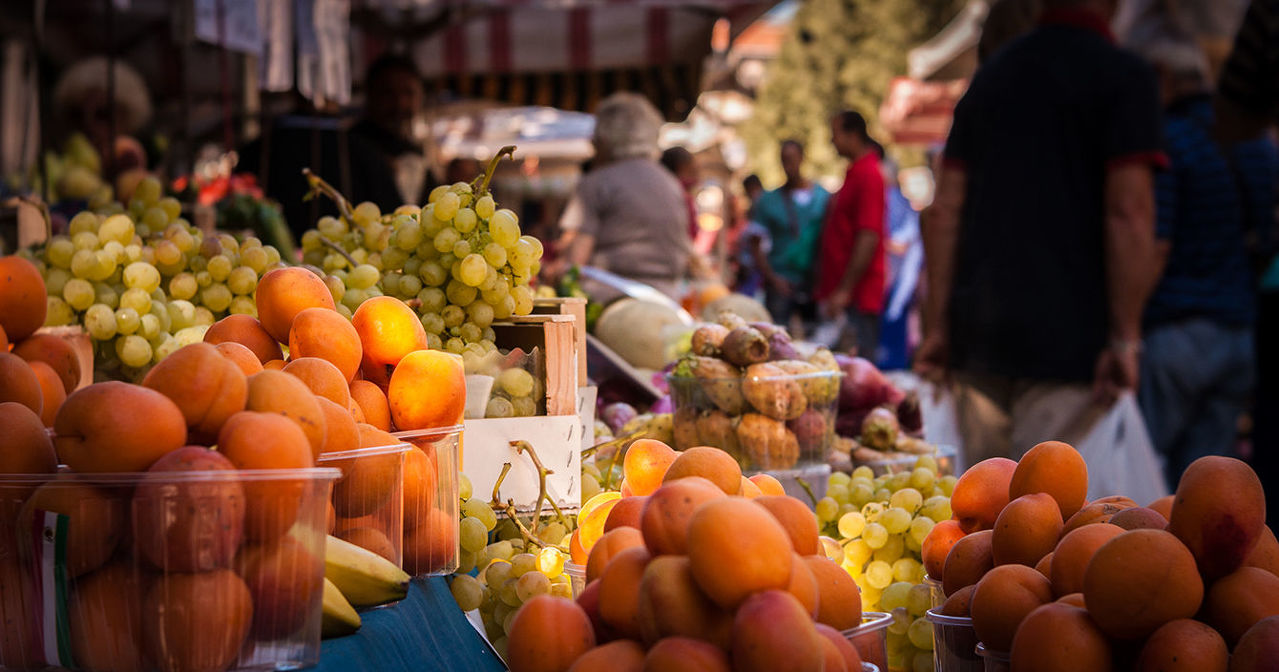 Currently, more than 50% of the world’s population live in urban areas, a proportion that is expected to increase to almost 70% by 2050. Taking into account many circumstances that could affect our food security, providing a sufficient quantity of food for all citizens will be a key question in the future. Current food systems in certain cities are being challenged to provide permanent and reliable access to adequate, safe, local, healthy, and nutrient-rich food for all. Different phenomena, such as urbanisation, population growth, climate change, resource scarcity, unsustainable production and consumption patterns, and food waste could pose difficulties for the world’s cities in feeding their entire population. In the light of these facts, Milan advocated an international pact to engage the largest number of cities to develop and improve their food systems, based on the principles of sustainability and social justice.

Preparations for the pact started in 2014, when Milan and forty other cities began to exchange ideas to define the contents of the pact through videoconferences. In July 2014, the Municipality of Milan and the Cariplo Foundation (Fondazione Cariplo) signed a Memorandum of Understanding to promote and implement a comprehensive strategy on food for the city of Milan, named the Milan Urban Food Policy Pact (2015–2020). This was the result of a twelve-month process organised into three main phases: a system analysis, a public consultation, and the vote of the City Council. This strategy identifies five main fields of intervention, including the fight against food waste, considered one of the top priorities of the Municipality. Additionally, in 2016, a specific set of guidelines was created with the aim of tackling food losses and waste at a local level through adequate actions and complex interventions. The pact is an important step towards systemic changes which have to be implemented by involving several local partners, such as research centres, the private sector, and non-profit organisations and foundations. The policies designed to diminish food losses and food waste are combined with those on waste cycle management and aim at increasing the overall sustainability of the system with a consistent approach to circular economy. There were four guidelines defined under the food waste priority of the Milan Food Policy Pact:

Taking into consideration that, in Milan, over 40% of the food surplus is the result of the purchasing and consumption patterns of households and the average value of domestic food waste for each family is approximately EUR 450 per year, the reduction of food losses and the creation of an adequate waste management system is one of the key priorities of the Milan Food Policy. In the framework of its new food policy, Milan has directed its attention to the twelfth Sustainable Development Goal of the United Nations, which, among others, aims at ensuring responsible consumption and production patterns, such as halving the per capita global food waste at the retail and consumer levels and reducing food losses along production and supply chains, including post-harvest losses, by 2030. In order to reach this goal, the Food Policy Office coordinates a wide range of actions which are each oriented towards a specific target and impact and involve different drivers of change in the local food system. One of the most significant actions is a discount on the waste tax, approved in February 2018. This measure reduced the tax on waste by 20% in favour of those food businesses (supermarkets, restaurants, canteens, producers, etc.) that donate their food losses to charities. The action is coordinated by different (fiscal, environmental, food policy) departments of the municipality as part of a multi-sectoral working group. The measure further supports the mapping, strengthening, and spreading of food donation initiatives in the city, mainly led by non-profit organisations. 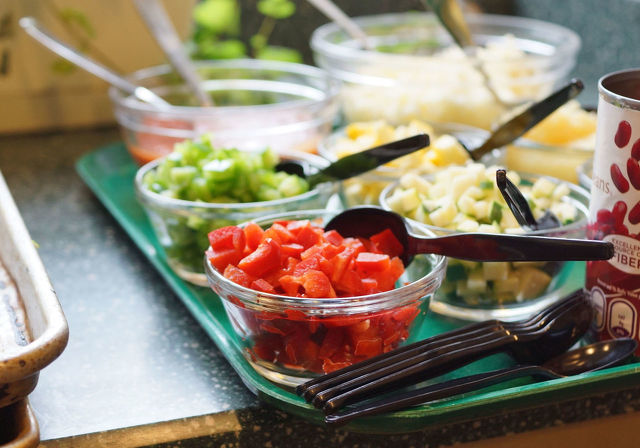 In parallel with the waste tax reduction, the Municipality of Milan is also focusing its action on different parts of the food system that can be controlled directly, such as school canteens. Milan owns a municipal agency called Milano Ristorazione, which directly manages the 418 school canteens of the city, with 85,000 meals per day and a total of 17 million meals per year. Currently, there are 106 canteens of the 418 that are involved in the programme for the recovery and redistribution of 140 tonnes of fruit and bread. Furthermore, in order to prevent fruit waste at the end of each lunch, the agency designed a specific programme called “Morning Break with Fruit,” wherein children receive fruit in their classrooms as a morning snack and not at the end of their main meal. This voluntary programme involved 17,000 children in 779 classrooms and achieved a 17% saving in food waste produced by the schools included in the programme. Moreover, 31,000 reusable doggy bags were distributed to children to take home any non-perishable leftovers. In order to implement the food policy and, simultaneously, encourage recyclable packaging, plastic cutlery and plates have been replaced in all Milan school canteens with biodegradable materials since 2016. This step helped save 720,000 kilos of plastic. 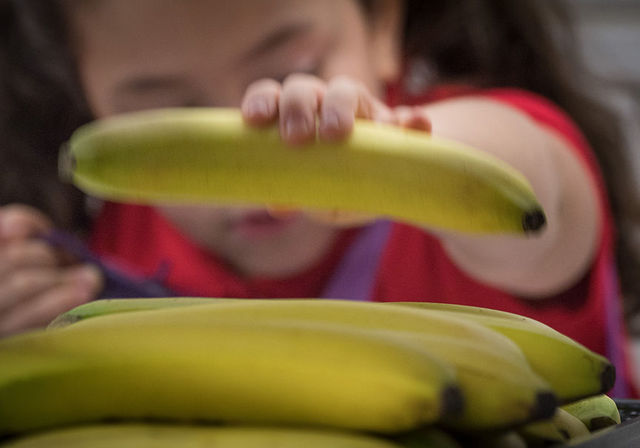 In the framework of the pact, the Municipality of Milan has introduced reforms at school canteens based on the idea of sustainability.
Source: Flickr, author: US Department of Agriculture, licence: Public Domain Mark 1.0

In addition to the mentioned steps, other important actions have also been designed to reduce food waste, such as the creation of a local food waste hub to engage local neighbourhoods (an important step of this process is that the Municipality entered into agreement with a university lab of the Politecnico di Milano to design a model and data analysis for food losses and waste management) and the promotion of social actions in the open street markets in collaboration with non-profit associations. The latter aims at collecting food waste at the end of the daily market activity and studying the possibilities of scaling up all experiences in the framework of the circular economy for food.

Since 2014, the pact has been signed by 206 cities from all over the world, comprising more than 450 million inhabitants. According to Giuseppe Sala, the Mayor of Milan and Chair of the Milan Urban Food Policy Pact, four years after its launch, the pact has proved to be an innovative instrument for cooperation between cities, city networks, and international organisations, using food policy as a tool for the sustainable development of rapidly growing cities. The 5ᵗʰ Annual Gathering and Mayors Summit of the Milan Urban Food Policy Pact (held in Montpellier, France between October 7–9) has created an opportunity to share initiatives and ideas for the implementation of better food systems in cities. Mayors and elected officials from 200 countries around the world, stakeholders, researchers, and decision makers joined the event in order to strengthen exchanges and share their experiences based on the Milan Pact. This year’s annual gathering focused on the 2030 Agenda for Sustainable Development and the 17 Sustainable Development Goals of the United Nations. Philippe Saurel, the Mayor of Montpellier, emphasised on the summit that, by sharing their experiences and best practices, the participants would be able to direct their food systems towards solidarity and make them more ecological for themselves and future generations.

According to a publication prepared under the framework of the Milan Urban Food Policy Pact (MUFPP) and also published by the Food and Agricultural Organization of the United Nations (FAO) in 2018, the initiatives supported by Milan have already shown encouraging results despite their recent implementation. For example, the reduction of food waste tax benefitted approximately 10,000 people, with a financial impact of 1.8 million euros. A key feature of the success of the Food Policy of Milan is its multilevel governance approach, which gathers representatives from municipal, metropolitan, and regional authorities. The implementation of the actions described above allowed the Municipality of Milan to learn four key lessons:

The role of the cities is undeniable in tackling challenges, such as food loss, waste management, and global food security. Taking into consideration the world’s population growth, as well as the potential future effects of climate change and other phenomena, collaboration at a local, regional, and global level is crucial. Moreover, each citizen shares a great individual responsibility for dealing with challenges related to food security. The Milan Food Policy Pact is a pioneering initiative that calls attention to the fact that with adequate, well-designed, and coherent practices and actions, development and results can be achieved if done step by step.