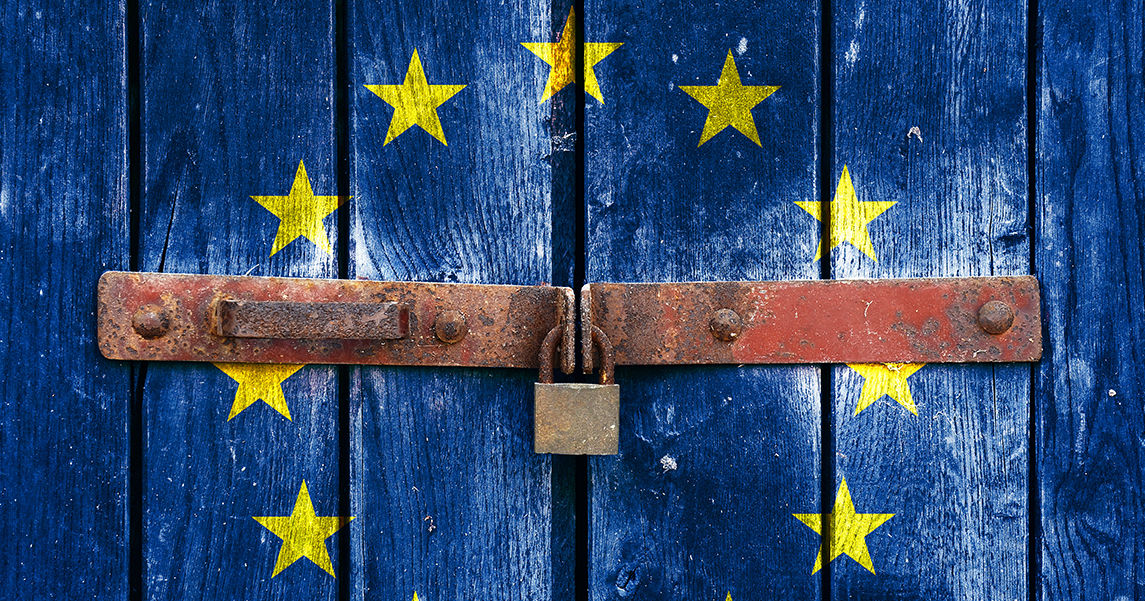 Sofia summit from the Balkans' perspective

How Realistic is 2025 as the Next EU Enlargement Date?

The first EU–Western Balkans Summit was held fifteen years ago in Thessaloniki, where the European perspective of Southeast European countries was discussed for the first time. Since then, we have seen three rounds of enlargements and a Brexit referendum. What can we expect from the coming 15 years? 2025, the previously mentioned date of the next possible accession currently seems far, if achievable at all, while Angel Merkel believes that no matter how much time is left, the important thing is how much progress has been achieved by the candidates.

The main emphasis at the Sofia summit last week was not on enlargement but on closer cooperation between the Western Balkan countries. Statements about this has been heard from several politicians and news sources. The European Union and the Western Balkans have adopted a 17-point declaration at Sofia summit, setting out the support for the European perspective of the region. The Union welcomed its Western Balkan partners’ commitment to the European values and principles, and to the vision of a strong, stable, and united Europe. However, the Balkan partners who have attended the first EU–Western Balkans summit after 15 years with big expectations may have felt they went home empty-handed.

2025, the previously mentioned date of the next possible accession, currently seems far, if achievable at all. As German Chancellor Angela Merkel said at the summit, “I do not think 2025 as a realistic date for the EU enlargement. More important is the progress that has been achieved by the candidates.” She also added that the good news was that Kosovo and Montenegro had ratified the border demarcation agreement, and a tangible progress had been made regarding the Greece–Macedonia name dispute. Still, many questions remain open, and it is unclear how prepared the EU is for the next, Balkan round of enlargement. Among the problematic issues appears the faltering Belgrade–Priština dialogue, the Croatian–Slovenian border dispute,* and that several EU countries do not recognise Kosovo as an independent state—among them, the loudest is Spain, which due to the Catalan issue, does not back any kind of separatist movements. It is also unclear what the opinion of the European politicians is about these and any many other regional challenges. Merkel did not gave a concrete answer if the German Bundestag would support that negotiations with Albania and Macedonia be opened and if this topic could be discussed on the EU Summit this June. As she said, preparations were still going on. 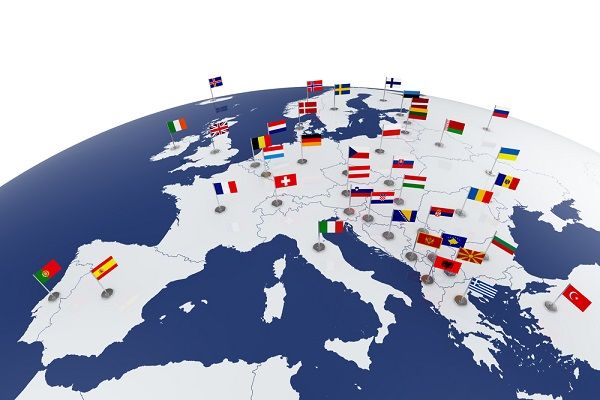 As Kosovo had earlier confirmed its participation in the summit, it was uncertain if some EU countries that had not recognize Kosovo would attend the event. It was unclear too on what level Serbia would participate. Finally, Aleksandar Vučić, the President of Serbia, came to the meeting, as well as Hashim Thaçi, the President of Kosovo. However, the Spanish Prime Minister Mariano Rajoy did not attend the official part of the meeting, as his country does not recognize Kosovo’s independence. “Spain may afford not to attend the meeting, as it is already a ‘member of the club,’ but Serbia is not in the club, so we have to work on our own development,” said Vučić, explaining why officials from Serbia were present at the Sofia meeting despite the fact that Kosovan representatives were also there. Before the meeting, Johannes Hahn, Commissioner for European Neighbourhood Policy and Enlargement Negotiations, did not comment on what concrete steps in the Belgrade–Priština dialogue would be needed to reconcile the parties in the forthcoming period. He only remarked that the next important step is a comprehensive settlement between the two countries in a manner which depends solely on the parties involved. Though the next EU budget has not provided financial instruments for new Member States until 2027, Hahn explained that regarding the Western Balkans, the EU would continue to support enlargement, and this is reflected both in its budget and in its accession strategy. For instance, Section 19 of the EU budget draft intents the redistribution of budgetary resources if a new Member States is going to join the EU.

Regarding the Greece–Macedonia name dispute, after more than 20 years, there seems to be a light at the end of the tunnel. The name dispute between the two states dates back to the collapse of Yugoslavia in 1991, when Skopje declared its independence. The issue is that Macedonia is also a name of a northern province in Greece, which had fears that the name of the freshly established state indicates its inclination to annex that part of the country too. The dispute is affecting Macedonia’s progress towards the NATO and EU, as back in 2008, Greece used its veto to stop Macedonia’ entering the NATO and later also blocked its EU accession talks. As the parties discussed in Sofia, the Former Yugoslav Republic of Macedonia could be called Republic of Ilinden Macedonia in the future. “Ilinden,” or “Saint Elijah’s Day,” celebrated on 2 August, is a religious and also a major national holiday, the Republic Day, in the country.

Aside from the cautious declarations from politicians, the meeting in the Bulgarian capital had several positive results concerning the Western Balkans. According to the agreements, the EU will provide grants for additional 11 high-priority transport projects in the region worth 190 million euros. This includes funding of the first two sections of the so-called “Peace Highway” (Niš–Priština–Durrës), which is also a symbol of the settlement of the relations among Serbia and Kosovo, and the “Blue Highway” along the Adriatic coast. EU and Balkan officials also agreed to reinforce cooperation on key security priorities: countering terrorism and its financing, violent extremism and radicalisation, drugs trafficking, smuggling of goods and persons, and cyber and hybrid threats.

For an average Balkan citizen, there is one more significant news: the rumours circulating before the Summit turned out to be true, and roaming charges between Serbia and the European Union will not be abolished—although they might get lower. Hence, the communication with relatives living abroad will remain somewhat difficult; an issue which is quite important in a region where at least one member of every family lives abroad, and migration is increasing. According to international statistics, by 2025, the population growth rate will significantly drop in the Balkans, and Facts Maps’ calculations also show that population may decrease from 7 to 5.9 million in Serbia, and from 7 to 5.5 million in Bulgaria. If we look at the projections, there is only one state in the Balkans where population growth is predicted to be positive—it is Kosovo, where the population could grow from 1.9 to 2.2 million by 2025. 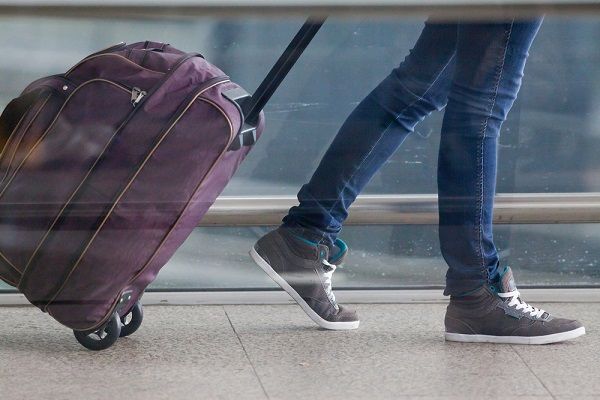 Will the Western-Balkan youth wait for the EU accession?
Source: Shutterstock

The first EU–Western Balkans Summit was held fifteen years ago in Thessaloniki, where the European perspective of Southeast European countries was discussed for the first time. Since then, we have seen three rounds of enlargements and a Brexit referendum. What can we expect from the coming 15 years? As the Serbian president described, most of the people had got tired of the accession process, more precisely, waiting for it to happen. Serbia started the EU accession process in 2000. 18 years have passed since then, and according to current predictions, accession will be due no earlier than 2025. Actually, what the EU accession will bring for the Western Balkans and how citizens who live there will accept it remains a mystery which only future will solve. European Council President Donald Tusk told after the summit that the EU and the Western Balkans had reaffirmed their mutual commitment to the European perspective in the whole region, and that the EU would remain the most reliable partner for the entire Western Balkans. As he put it, “I don’t see any other future for the Western Balkans than the EU. There is no other alternative, there is no plan B. The Western Balkans are an integral part of Europe and they belong to our community.”

* As Jean-Claude, Juncker, President of the European Commission, said in his speech regarding the EU enlargement: “All countries must unequivocally commit, in both word and deed, to overcome the legacy of the past, by achieving reconciliation and solving open issues, in particular border disputes, well before accession to the European Union.” Juncker alluded to the Slovenian–Croatian Gulf of Piran border dispute dating back to the break-up of Yugoslavia in 1991; an issue that is still unresolved, although both countries are part of the EU.

The opening pic is by Borislav Bajkic/Shutterstock.