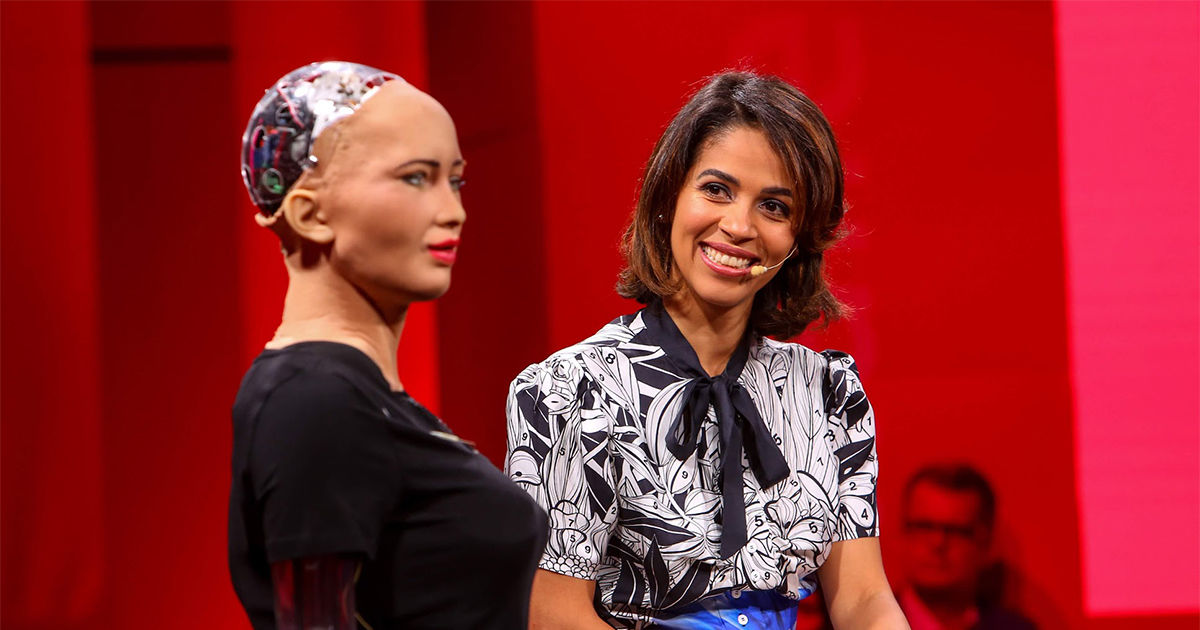 And many others at the ImpactCEE 2018 Conference in Krakow

There is no doubt that we have gained some exceptional experiences at ImpactCEE 2018, the biggest Central and Eastern European conference about technological development and digital future. On the one hand, it is because we could meet Sophia, the first communicating humanoid robot. On the other hand, it is because we heard several inspirational speeches from self-made start-uppers and world-changers.

Between 13 and 14 June, some of our colleagues visited Krakow, representing think.BDPST at a very similar partner conference, ImpactCEE 2018. In the ICE Krakow Congress Center, next to the Vistula River, thousands of experts from the start-up scene gathered to exchange contacts and information regarding topics such as 5G, fintech, biotechnology, digital cities, AI, blockchain and e-commerce.

Impact CEE is an annual event, and as mentioned above, it is very similar to the think.BDPST conference, being a state initiative supported by the Polish government with the aim of examining technological innovations of the future, the latest trends in digitalization, and the social impacts of these developments. This year, with more than 6,000 participants and 250 performers, 5 stages featured exciting and informative discussions—with experienced stand-up moderators on each stage, who could really fire up the audience, while also putting the experts in the spotlight by asking questions that were to the point. The conference’s keynote speaker was Sophia, the robot, whose moderator, Liz Bacelar, for example, was a Grammy-nominated producer and a member of the CFDA Innovation Committee and founder of many companies. The host of the conference, Daniel Ramamoorthy (Dan Ram), could likewise fire up the crowd with his traditional Indian outfit among the panels. 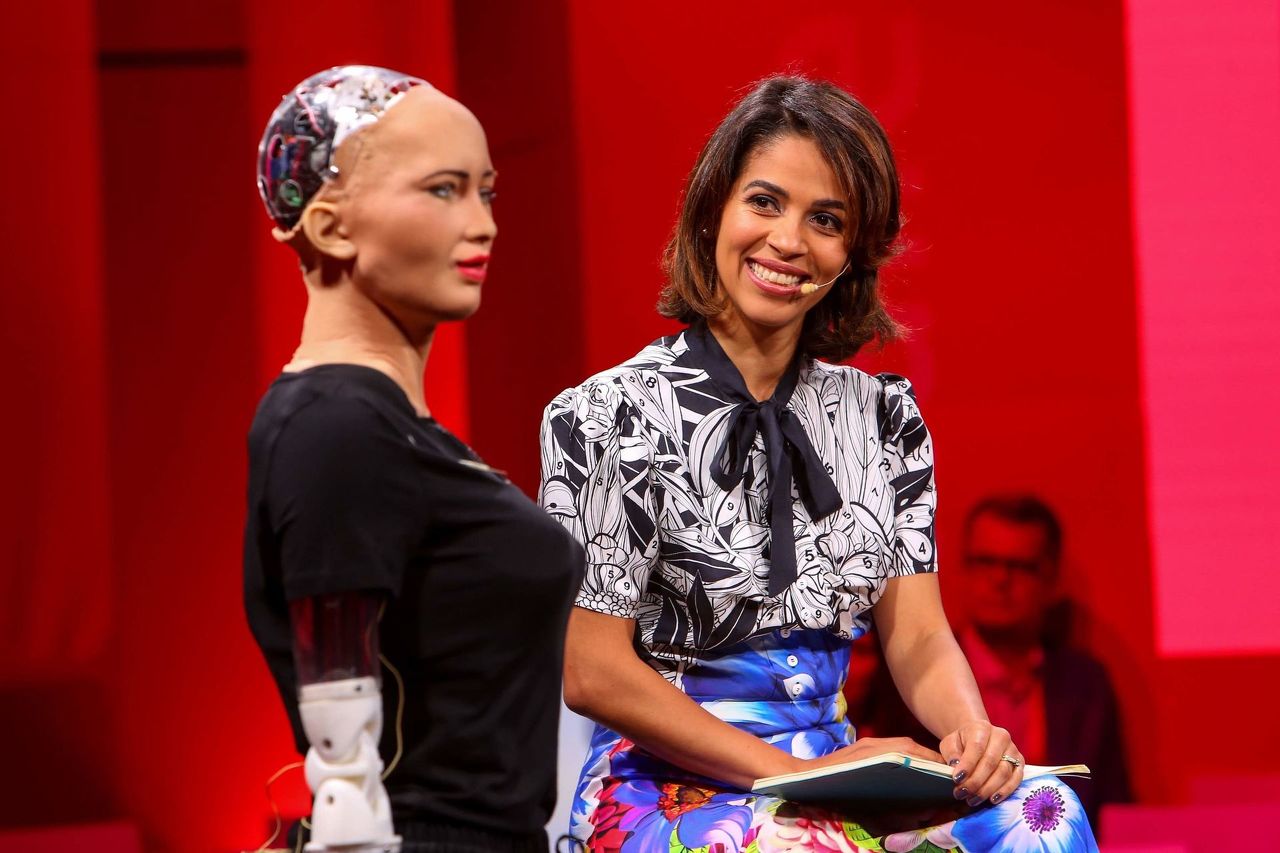 I have to admit that we mostly went to the conference to see Sophia because we wanted to have the humanoid robot experience in person. Over the last few years, Sophia has gained a remarkable reputation. The humanoid robot, developed by Hong Kong-based Hanson Robotics, is considered to be a unique development in technology and has become a cultural icon. The robot, which was activated in 2015, has participated in several conferences, given interviews, travelled around the world, received a Saudi Arabian citizenship, and taken part in the Krakow Conference in June, where we personally heard her opinions on numerous social question and challenges. As an ambassador, she defines herself as a mediator between the worlds of humans and robots. She is able to give a flawlessly excellent speech by using texts previously fed into her memory, and she can also respond in chatbot mode, with text recognition, and communicate by using artificial intelligence to answer simple questions. However, this is far from a human conversation experience. Although Sophia is very intimidating, we do not have to worry about falling victim to a humanoid’s undetected manipulation; Sophia is just a harmless chatbot that predicts future opportunities and dangers.

But we do not have to look very much ahead into the future to see how the digital world imbues our lives. Michał Kosiński, a psychologist and data analyst at Stanford University, has been examining the impact of online platforms and information that can be extracted from the infinite data sets accumulated through our online activities. Services using digital systems to process this information know more about us than our closest friends. Kosiński’s research has proven that after 100 likes, Facebook’s system is more likely to predict our preferences than our colleagues, and with 250 likes, it can get as much knowledge of our personality through the social media platform as our partner. It is frightening to think about the fact that the infinite amount of data that we leave on social media sites are stored in the clouds to become eternal witnesses of our actual values and choices. 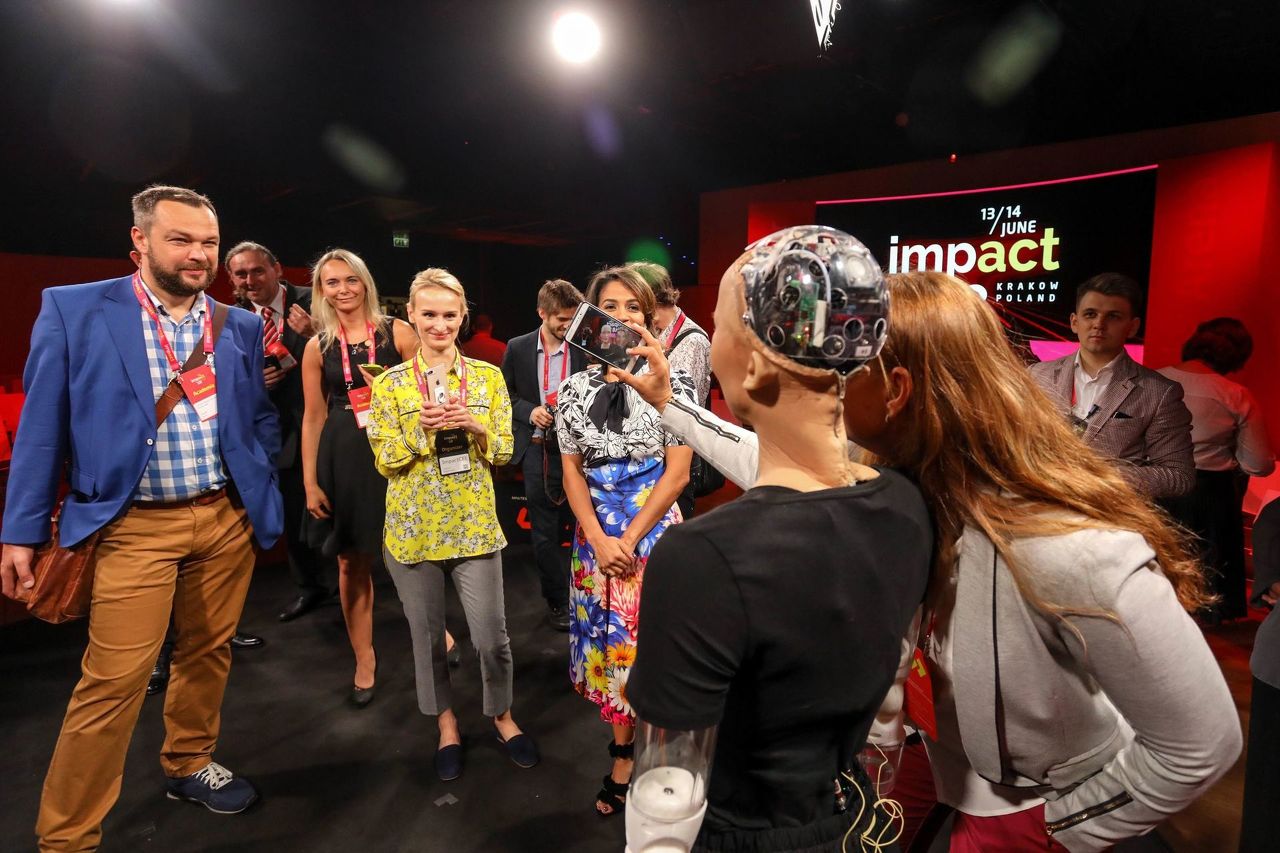 Mariéme Jemme’s and Tiera Fletcher’s speeches have also made a big impact on me, as these speakers, both female participants and self-made women, showed the inevitable phenomenon that women’s presence is increasingly robust in the labour market, and their social policy engagement is growing in the world. It also showed that, by uniting their power, they can move mountains. Mariéme is the founder of the first African foundation, iIamtheCODE, the aim of which is to teach girls about programming to ensure their future prosperity. The Senegalese woman with a tragic past fought her way up to the highest positions in the London business scene, and later started her own businesses and foundation. Tiera, as a young girl born in a small town, wanted to learn natural sciences at school and pursued engineering studies. She became a student of the Massachusetts Institute of Technology, and in June 2017, she graduated in aerospace engineering. Then she started to work at Boeing as a Rocket Structural Designer and Analysis Engineer, mainly on the NASA Space Launch system. 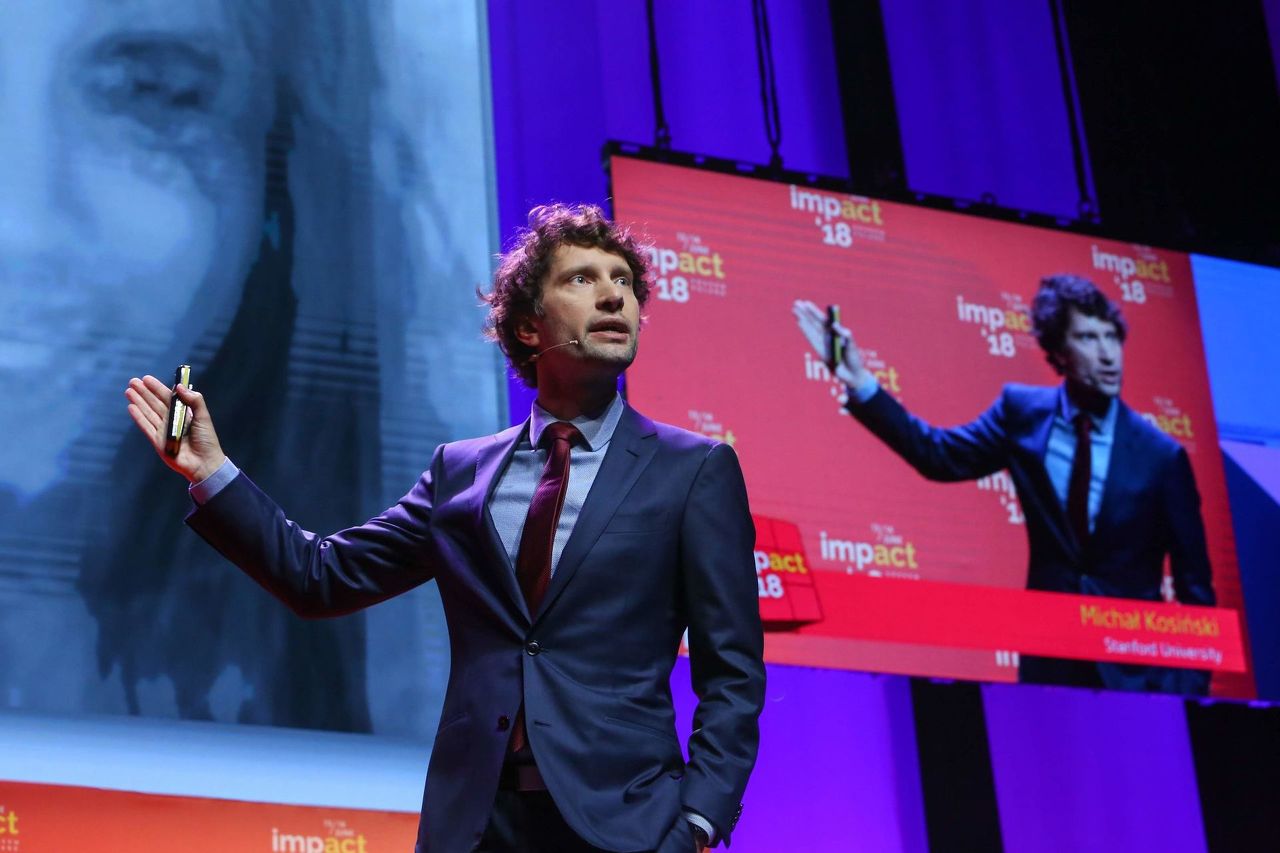 Nowadays blockchain is one of the most exciting technologies, and it is widely discussed at leading tech conferences. Impact was not an exception, and many lectures and panel discussions related to the subject which is believed to fundamentally change the world economy and many other sectors. One of the most frequently asked questions about blockchain is which areas might be affected precisely. Banking systems are clearly part of them, since technology made it possible to make transactions in a quick and secure way without centralized institutions. Beyond bankers and virtual currencies, the technology is also likely to affect further areas. One of the most important innovations could be the spread of smart contracts in the insurance sector, which—by using an algorithm—automatically effect a result if certain conditions are met. Such “unbreakable” contracts could greatly help to decrease the number of abuses and frauds in the future. As it was mentioned many times during the conference, blockchain technology is transparent and irreversible; therefore, the areas where it can be used may expand in the future. This could facilitate the process of crowdfunding, improve the protection of intellectual property rights, help save cost for companies by automatizing certain systems and combining the Internet of Things (IoT) and smart contracts; and provide full transparency for citizens during the national elections and polls. 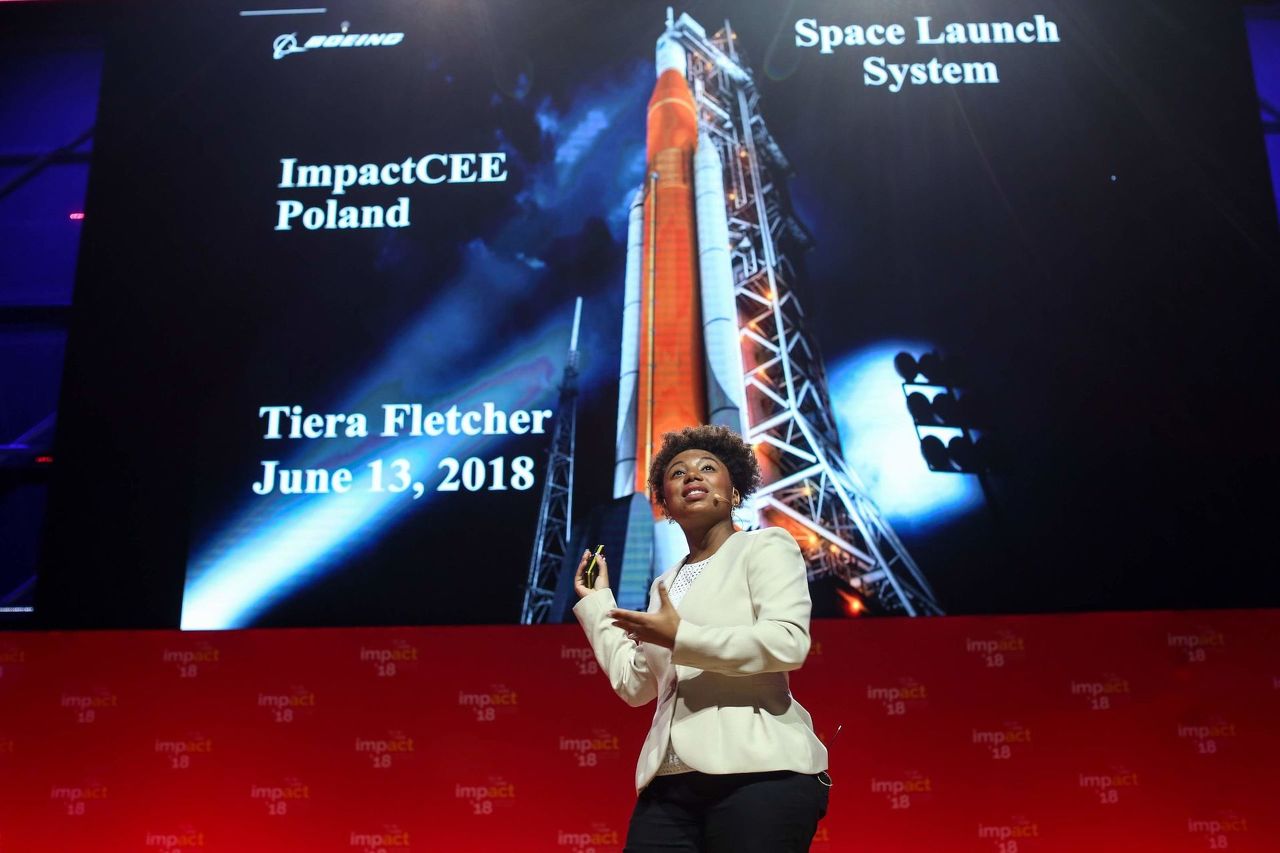