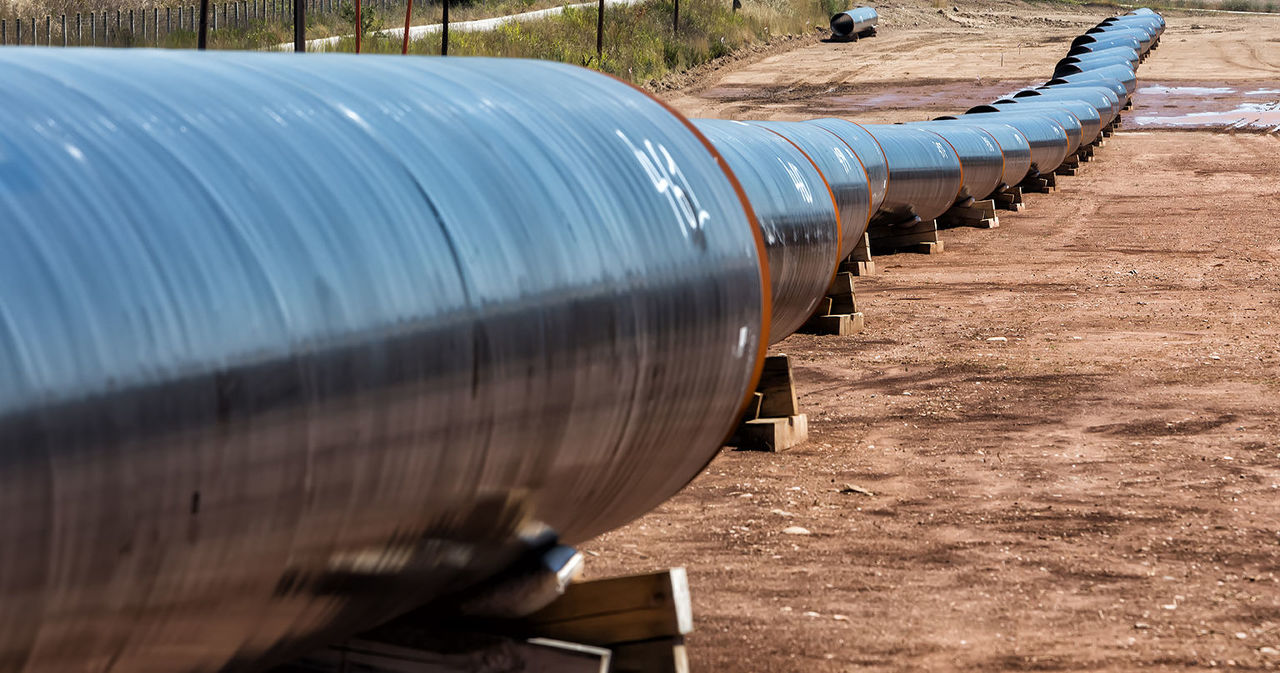 The Trans Adriatic Pipeline in the Spotlight

The diversification of natural gas imports is a key energy policy objective for the European Union. In line with this, attention should be paid to regions, countries, and projects that can contribute to the enhancement of gas supply security in the Union. In this discourse, Azerbaijan plays a major role, from where the Southern Gas Corridor will supply gas to the EU markets. This article focusses on the current developments and challenges affecting the last section of the corridor, namely, the Trans Adriatic Pipeline, which is still under construction.

On 22 May 2020, it was reported that, during its testing phase, the first natural gas volumes had been fed into a part of the Albanian section of the Trans Adriatic Pipeline (TAP), which is an important step in the project. At present, 95.1% of the project is completed, and, according to the current outlook, the pipeline is expected to be operational by the autumn of 2020. TAP is an 878-kilometre-long gas pipeline with an initial throughput capacity of 10 billion cubic metres (bcm) per annum, which runs from the Turkish–Greek border, crosses northern Greece and Albania, and traverses the Adriatic Sea before reaching Italy. The project is the third section of the Southern Gas Corridor, which plays a key role in the EU’s efforts to diversify its natural gas imports. The Southern Gas Corridor consists of the South Caucasus Pipeline (SCPX), which runs from Azerbaijan to the Georgian–Turkish border, the Trans Anatolian Pipeline (TANAP), which crosses Turkey from the Georgian–Turkish border to the Turkish–Greek border, and the TAP pipeline. The more than 3,500-kilometre-long Southern Gas Corridor is now nearing completion after a diverse, approximately one-and-a-half-decade history. It should be added that, for a long time, it seemed that another project supported by the European Union, the so-called Nabucco pipeline, would become the infrastructure to supply natural gas from Azerbaijan to EU markets. The latter project eventually failed in 2013, in part because the Shah Deniz Consortium, which is engaged in gas production in Azerbaijan, chose TAP over Nabucco to supply gas to Europe. Understandably, this development has, therefore, rearranged previous plans and has put the Southern Gas Corridor in the spotlight. The Southern Gas Corridor has an initial capacity of 16 bcm per year, of which Turkey buys 6 bcm for its own use, while the remaining 10 bcm will be channelled into European gas networks via the above-mentioned route in Italy.

In 2018, the EU’s natural gas dependency reached record heights: 77.9% of its natural gas supplies came from outside of the Union. Reducing the share of natural gas purchased from Russia and the diversification of gas imports have been important goals at EU level since the 2000s. In line with this, the EU constantly keeps an eye on alternative sources of natural gas for its member states. Azerbaijan has long been playing a crucial role in these efforts, but many other regions and countries—such as Turkmenistan, or, more recently, the Eastern Mediterranean, which is becoming an increasingly important region from an energy security point of view—are also often mentioned in this context. At the same time, we cannot ignore that LNG can become an even more relevant alternative to gas imports via pipelines for many EU member states. It is also necessary to highlight that long-term contracts for the purchase of around 100 bcm of natural gas by EU member states will expire by 2025, which could lead to a partial reorganisation of present gas supply practices in Europe.

In 2018, a total of 363 bcm of natural gas was imported by EU member states. Considering the fact that the TAP will be able to deliver only 10 bcm of gas per year at its initial capacity, we can conclude that this is only a modest contribution to the Union’s diversification efforts. In comparison, it is worth noting that Russia intends to supply 15.75 bcm of gas to European markets by constructing the second branch of the TurkStream gas pipeline, while Nord Stream 2 gas pipeline, which is surrounded by many controversies and is currently being under construction, is intended to supply another 55 bcm of Russian gas to European markets. 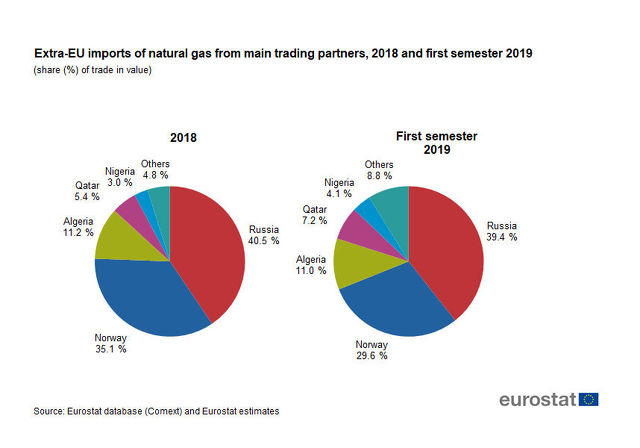 However, we cannot say that the TAP project would be irrelevant, since it will establish an important energy transport route in southern Europe and its completion will lead to the finalisation of the Southern Gas Corridor after a long wait, thus enabling EU member states to import Azerbaijani gas. It is worthwhile to mention that TAP will also become the starting point for other gas pipelines. Construction works on the Interconnector Greece–Bulgaria (IGB) are underway at the time of writing this article. The relevance of this pipeline is that Bulgaria will also be able to diversify its gas imports with the Azerbaijani gas coming through it. In addition to that, another project, the construction of the more than five-hundred-kilometre-long Ionian–Adriatic Pipeline (IAP) was raised, too. This infrastructure would start from the Albanian section of the TAP and run to Croatia, crossing Montenegro and Bosnia and Herzegovina. The importance of this project would stem from the fact that it could promote supply security and diversification, gasification, market integration, and competition in the energy markets of the involved Western Balkan countries.

It is worth highlighting the situation of Albania, which has so far not been part of any regional gas networks. The TAP project represents, on the one hand, the most significant foreign investment in the country and, on the other hand, an opportunity for Albania to gain embeddedness in the energy security architecture of the region. Although Albania has not signed any contract to buy gas from Azerbaijan, the TAP pipeline could play an important role in allowing Albania to import gas for its own use in the future while the country might also become a starting point for another important infrastructure project (IAP).

The TAP project’s relevance from a supply security point of view and its geopolitical weight might be significantly affected by its possible future expansion. Market tests began in 2019, on the basis of which the extent and schedule of the expansion of the pipeline’s throughput capacity can be determined. According to the present outlook, TAP pipeline could be expanded to the capacity of 20 bcm per year in the future, which raises several questions. On the one hand, in order to fill this capacity, Azerbaijan has to produce and export more gas, as there are currently no other gas sources for the Southern Gas Corridor apart from that country. At present, there is little chance that Turkmenistan, which is located on the other side of the Caspian Sea, would supply gas to the Southern Gas Corridor, as this is limited by a variety of legal, political, commercial, and infrastructural obstacles. On the other hand, such volumes of Azerbaijani gas could only be transported by TAP if the entire length of the Southern Gas Corridor were capable of transporting it.

At the same time, there is another major question of which further countries could supply natural gas to EU markets through the TAP in the future. With regard to this question, it should be noted that the EU has granted the TAP project an exemption from third-party access rules under its 2009 gas directive, and, thus, the Shah Deniz Consortium could secure itself the right to exclusively utilise TAP’s 10 bcm per annum capacity for a period of 25 years. Therefore, as Azerbaijani gas will fully occupy the pipeline’s capacity, the issue of additional suppliers only needs to be considered in the event of an actual capacity expansion. One should not overlook the fact that Turkey’s gas import from Azerbaijan is another factor that can determine the volume of natural gas that the Southern Gas Corridor could transport to EU markets. 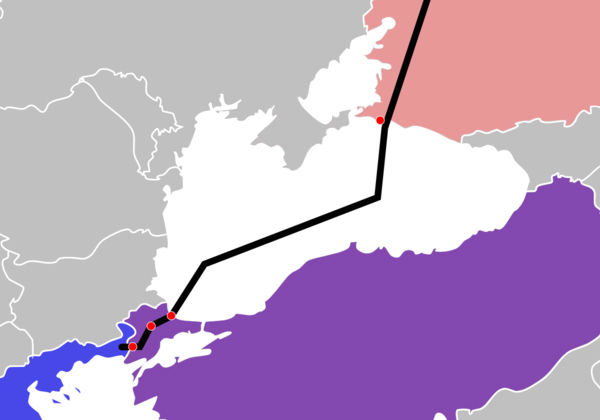 It is another crucial point how Russia views these efforts, as the Southern Gas Corridor serves precisely the purpose of offering alternative, non-Russian gas supplies for EU member states through the southern transport route. In this regard, it should be noted that the first branch of the TurkStream gas pipeline built between Russia and Turkey was inaugurated in January 2020, while the second branch would transport Russian gas through Turkey to Central Europe via the Balkans, totalling 15.75 bcm per year. By commissioning this pipeline, Russia could diversify its own export routes and decrease Ukraine’s transit role. Although it is not clear yet when exactly the Balkans branch of the TurkStream pipeline can be completed, it is likely that the commissioning of this infrastructure will be one of Russia’s key energy policy interests in the region. Nevertheless, Russia’s interest in possible gas exports through the TAP cannot be ruled out. However, in the light of the aforementioned, this could only be implemented if the TAP gas pipeline would be, in fact, expanded, as its initial capacity is fully booked for Azerbaijani gas. However, the expansion would take a minimum of two to three years after a positive decision, so each of the actors would have the opportunity to realign their interests and reassess their potential roles among future market conditions.

From an EU point of view, Russia’s potential exports through the TAP would definitely be counterproductive, as the Southern Gas Corridor, and, thus, the TAP, aims to supply natural gas to EU markets from alternative sources. At the moment, therefore, there are still many questions about the implementation of the TAP’s expansion, and, until then, as a first step, the commissioning of the initial capacity of 10 bcm is the primary task. In conclusion, it can be stated that the future of the TAP project is a complex issue which will be determined primarily by the facts how gas supply in Azerbaijan and gas demand in Europe will evolve, along with the questions of how the development of various, often competing pipeline projects will progress, and how Russia’s regional energy policy will look like.