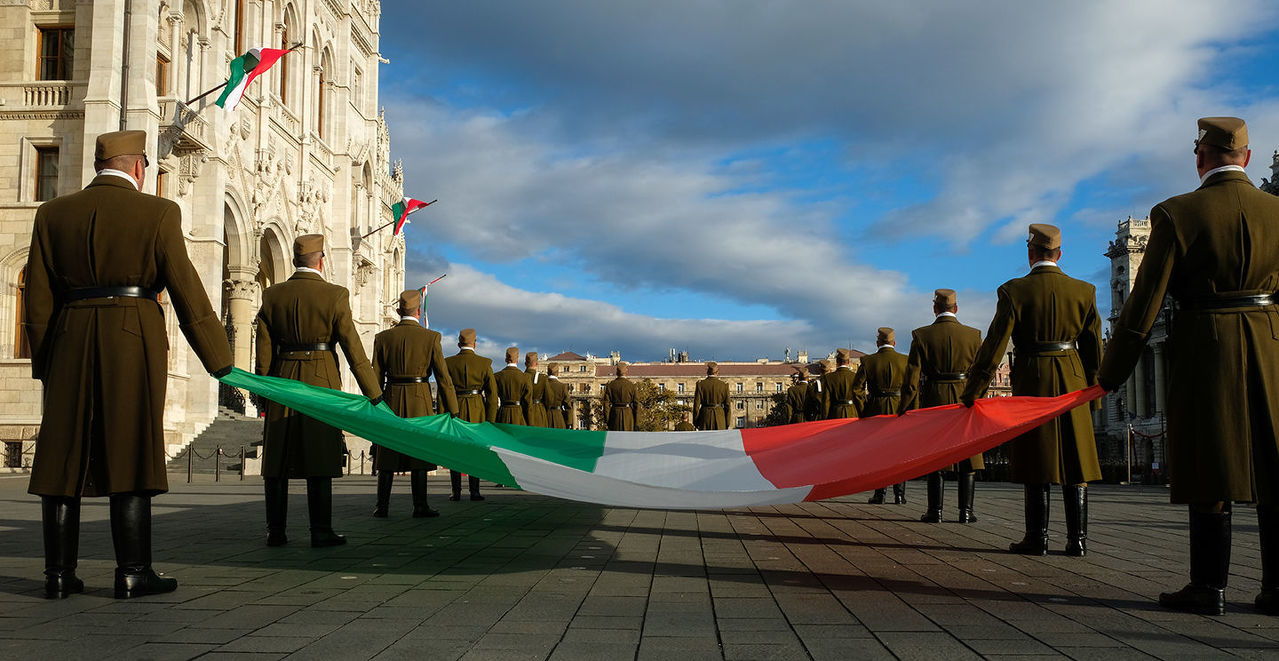 A Brief Assessment of the New Hungarian National Security Strategy

A new Hungarian National Security Strategy, having the subtitle “safer Hungary in a turbulent world,” succeeded the 2012 strategy on 1 April 2020. Its adoption was more than timely primarily because Hungary’s security environment has in the meantime transformed and political goals regarding our alliances were to be clarified. However, such a strategy is chiefly dedicated to starting a discussion on the board political reform of sectoral legislation, marking the path of building security in the years to come.

The features of the strategy

The Hungarian National Security Strategy (NSS) adopted in 2020 tallies with the fundamental principles Hungary established in the 2002 and 2004 strategies, highlighting the importance of Euro-Atlantic values and the responsibility towards Hungarians at home and as minorities abroad alike. At the time of its creation, legislators reflected upon statements by the head of state and ministers and on the government programme. Hungarian NSSs can also be considered as a political declaration whose successful implementation is the government’s political responsibility. Hungarian strategies are not like green or white papers adopted in Germany of France, which prefer an in-depth analysis describing their country’s security environment in hundreds of pages, as it concentrates on guidelines. Consequently, Hungarian NSSs rather command than contemplate, following the American example, which also contains clear, short directives, reflecting the American president and its kitchen cabinet’s worldview. A Hungarian NSS is a governmental decree, having binding force, thus sectoral legislation cannot choose a different path to implement policies, as it has to respect the fundamentals embedded into the strategy. If the implementation lacks a financial or institutional framework, the responsibility for the failure is always borne by the current government. The document also helps to maintain transparency in national security matters and serves as a source of information about the recent governmental perspective on public spending.

The purpose of the strategy

A national security strategy is a document entitled to broadcast messages towards neighbours, allies, and potential rivals. The current strategy highlights the obligation of creating successful kin-state policies and protecting Hungarians anywhere across the globe. This is a message for Hungarians living abroad (and for their respective countries): Budapest is ready to support them with financial and cultural assets anytime. It is also a message for voters, i. e., the actual taxpayers giving permission for the government to reallocate public finances. At last, it is a message for the whole public administration and contains the necessary visions to accomplish the goals the administration has to achieve in order to implement the principles stemming from the strategy.

The current NSS is the fourth document of its kind since the regime change, but the first that contains tangible attributes we are able to measure scientifically and some grand strategy elements, unlike the previous strategy. Such fragments of a grand strategy can be found in the paragraphs on the future of the nation. The necessity of preserving Hungarian language and culture, creating strong social and economic fundamentals, maintaining the reliability and the cooperative stance of the nation are key tasks ahead of the government. Concerning public security, the aim is to maintain the high level it reached during the last years, but it is also important to develop ready and modern military capacities relying on the national defence industry. The strategy expects to achieve specific attributes regarding these principles, as it makes clear that Hungary needs to be among the top five most secure countries in Europe and the top ten globally.

To decide whether these goals are biased by wishful thinking or absolutely realistic, we have to wait for the next decades to pass. Now, we are only able to evaluate the chances of implementation, and the potential hardships and problems down the road, and to highlight the problem of measurement. According to Zoltán Szenes, president of the Hungarian Society for Military Science and former chief of staff of the Hungarian Defence Forces (HDF), one way to measure such policies is to use global indicators such as the Global Peace Index (GPI), where Hungary ranked 19ᵗʰ in 2019. However, on the updated GPI, Hungary slipped back to the 24ᵗʰ place in 2020. As there were 163 countries assessed in this ranking, it seems a fairly good result—the recent strategy, however, expects the government to improve its ranking by fourteen places to reach the top-ten club globally. In the aforementioned research, Hungary was the 16ᵗʰ most peaceful country in Europe, or, conversely, it is required to rise eleven spots.

The most secure countries as per the Global Peace Index
Sources of data: Wikipedia

Measuring security scientifically poses a serious challenge because most global indexes use indicators of the level of militarisation to define peacefulness. The GPI is no exception. Hungary can be considered as one of the less militarised countries in the world thanks to decades of budget restrictions within the Ministry of Defence and the Hungarian Defence Forces. However, the latest strategy underscores the necessity of developing a modern defence industry and military several times. It is an old debt of every successive government since the regime change to pay more in order to deliver on Hungary’s commitments within the EU and NATO; thus these steps are more than timely and adequate. Nevertheless, an unintended consequence of such a reform is that we slip back on the GPI, so it is dubious whether we shall use the same indicators for measuring security and peace at the same time. It would be more reasonable to use comparisons as a method of evaluation and examine the situation in Austria, Slovakia, Czech Republic—countries with size and population similar to Hungary’s. If Hungary performs well in the national security domain compared to these countries, we can judge it an absolute success.

The number one priority of the new NSS is sovereignty. “Peace” is only the fourth most important value, and even the democratic feature of the political system is more essential. Not surprisingly, the strategy reacts on changing times. ISIS, international terrorism, uncontrolled irregular migration primarily challenge sovereignty. Although the NSS did not refer to the novel coronavirus pandemic at the time of its creation, global healthcare measures highlighted the problems of international regimes that lack the necessary financial assets and political support, especially from the Trump administration in the United States. The self-interest of countries led to global competition for masks and medical equipment regardless of their partners and allies’ interests. Thus, the new strategy tries to adapt to this competitive world order.

In line with the earlier strategies, Hungary remained a dedicated supporter of global arms control and reduction. Budapest is still not willing to develop heavy weaponry nor capable of doing so, so it is in its best interest to not support an arms race. However, Hungary has to become capable of managing small and medium-sized armed conflicts alone or with the help of its allies in the framework of joint operations. 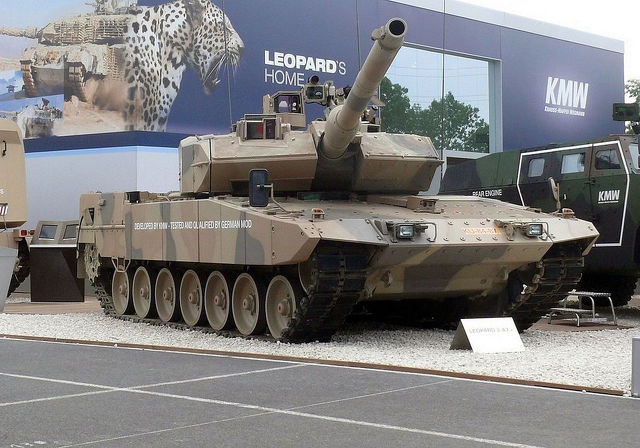 A governmental decree adopted in 2017 ordered the implementation of Zrínyi 2026, the new army modernisation programme, which aims to procure all the equipment to accomplish the aforementioned goals established by the strategy. It is worth highlighting the procurement of Airbus A391 transport aeroplanes, Dassault Falcon courier jets, and the helicopter modernisation programme. A part of the functioning helicopter fleet has been repaired and renewed by Russian companies, but most of the squadron is to be built around the core of new Airbus transport and light attack helicopters. One of the most important items was the acquisition of Leopard 2A7+ main battle tanks (and some Leopard 2A4 MBTs for training) and the Panzerhaubitze 2000 mobile heavy artillery units. These vehicles helped a lot to modernise the HDF’s heavy artillery capabilities. It was also an important step to deliver on our commitments within NATO. Based on the new strategy, sectoral legislation—especially military strategy—could define the fundamental principles and doctrines which are necessary to decide when and how Hungary is willing to use and capable of deploying these capabilities.

Just as the previous strategy, the new NSS also mentions challenges coming from the cyberspace, but cybersecurity is a more important priority than before. However, some traditional paragraphs have been removed, such as the one referring to the threats to financial security and the prohibition of increasing national debt. The government probably believes in the success of the financial measures during the last years and perceives foreign debt as a less problematic risk factor. Irregular migration, being a low-level risk in 2012, skyrocketed and reached the top of the ranking, a reflection of the 2015 migration crisis also affecting our southern borders. It is perhaps surprising that counter-espionage has also become a more important challenge than it was before, as it has now slipped to the third place on the list of challenges.

Assessing security is always hard without seeing at least some of the practical results but becomes easier after a few months or years have passed. Now, we can see that the goals are clear and definitive. Parallel to the adoption of the strategy, some well-defined and visible developments can be observed in the field of military modernisation and procurement programs, which have also been highlighted in the NSS. It would be worth analysing the upcoming military strategy and other sectoral legislation to see how these aim to implement the principles of the NSS, but this would be a subject of another blog post.