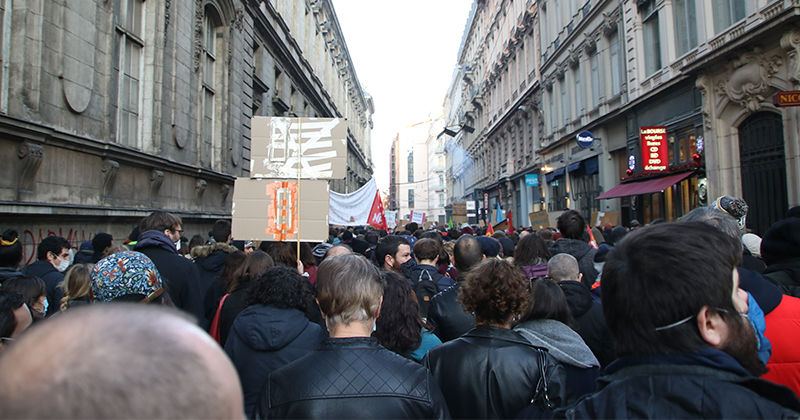 The second half of this year has not brought about favourable changes in French society. A possible symptom of strengthening social differences can be the numerous terrorist attacks carried out lately. In the meantime, the French political elite is religiously trying to protect and uphold the republican values of secularism and laicism. The question rightly emerges, though, how these concepts, created in the 19th century, can govern the current affairs of the 21st century, and how a state can be held responsible for minorities, be them religious, linguistic, or ethnic, when it refuses to accept even their mere existence. And how can discrimination be prevented and the peaceful coexistence of a variety of social groups be guaranteed this way?

During the last century, French society has changed significantly, as it became a destination for many immigrants. Consequently, there is a visible Muslim population in the country today. It is not a surprise, however, that the French state is incapable of handling the issue of the widening religious diversity appearing in the country. Originally, at the creation of the French state, there were similar patterns to what we can see today, as a central state was trying to establish a central identity, aiming to incorporate rural populations not sharing neither the republican values nor the French language at the time.

This format of assimilation proved to be successful, as Paris was able to offer an attractive alternative in exchange for leaving behind regional identities. Those individuals that accepted the new national identity and started using French as a language of everyday communication could share in the glory of the French state; they could also move up the social ladder and benefit from their choice economically as well as financially. In the following decades, this logic was adopted by the forming French colonial empire after its success witnessed in the Hexagon. However, the French state, using the toolkit provided by linguistic colonisation, managed to incorporate the colonies into its central administration with less success than on the continent, for the colonial population only modestly benefitted from the same advantages as the members of the regional communities. This is how we reach the current situation: today the only difference is that the challenge lies in integrating an immigrant population, an integration process whose failures are only becoming visible in two or three generations. 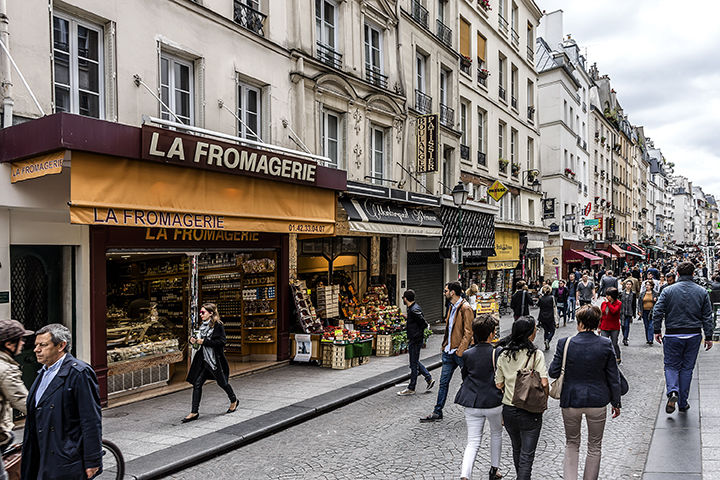 Assimilation in the 19th and 20th centuries proved to be successful in France.
Source: Kiev.Victor/Shutterstock

Deriving from the principle of “liberty, equality, fraternity,” the French state does not accept that there are minorities living in France, as it refuses to distinguish between French citizens in its legal system. This situation makes it impossible to introduce minority protection measures, since they are all based on the idea of positive discrimination. However, the regulation, which comes from the theory behind the French revolution, nowadays has its side effects, which are becoming more and more visible. Most notably, minorities on French soil are invisible, fuelling tensions within the society. This republican model is based on guaranteeing civil rights and promoting integration. Moreover, there is another republican principle, secularisation, the need to separate the state and the church. Under this rule of laïcité, it is the right of every French citizen to believe and worship but also not to belong to any religious group. Nonetheless, in the light of the recent terrorist attacks, many believe that a reform of the French legal system would be needed, as many of the attackers are, in fact, French nationals.

Meanwhile, secularisation is very important in French society, as the state uses this principle to ensure individual civil rights and liberties. French president Emmanuel Macron emphasises that every citizen in French society is entitled to form and express an opinion on every faith; an idea refused by extremist communities. There has been a vivid debate unfolding between the French political elite and some religious groups within the Muslim population of the country, as President Macron decided to take a stance for republican values such as freedom of expression and against Islamic separatism. Accepting laicism, however, is problematic for the Muslim community, as this is an idea that had been born way before Islam appeared in the country. During the formation of the French state, the Catholic Church was seen as a rival; that is why the French introduced secularism, making sure the French Republic can avoid he influence of any religious community on the development of the French political community. 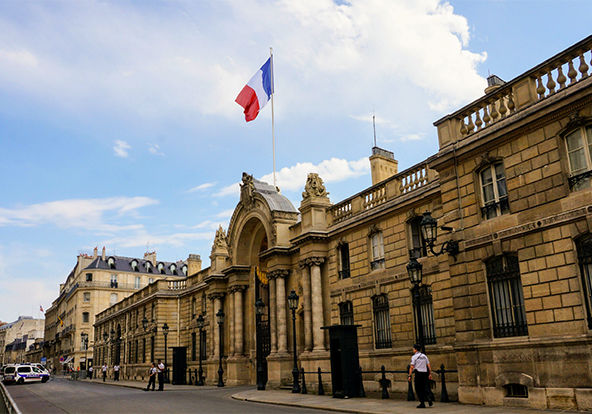 The French political system is based on the principle of the separation of state and church.
Source: S. Pech/Shutterstock

The most important tool the administration could use in order to establish the secularised state has always been education. In the process of creating the French state, the introduction of a free and obligatory primary education was paramount, as this system helped channel republican values towards the population. Drawing on a quite similar idea, President Macron is trying to curb radicalisation by eliminating the opportunity of homeschooling. Meanwhile, there are many opposing this limitation, including the French constitutional court. This idea, however, is only one step towards achieving Macron’s main goal: to strengthen republican values and roll back separatism.

As we can see, Islamic separatism has lately become the main challenger of the principles of secularisation and laicism; it questions the well-established republican values because it feels threatened by any critical thought about the teaching of the Islam. The right to criticise any religion is, on the other hand, a basic right in France. When looking for the reasons bringing on Islamic separatism, we must not lose sight of social inequalities either. Besides religious motifs, they also vastly contribute to radicalisation, as Muslim families are more likely to live in a more unfavourable financial situation, which turns them against republican values and prevents them from social improvement. These clashing values and principles divide French society, which has already been hit very hard by the coronavirus pandemic. Furthermore, it is also worth mentioning that France is the European country where the most terrorist attacks are carried out, worse still, the attackers are more often discontented French citizens, and not foreign jihadists.

During the last few months, France again had to witness several terrorist attacks. The attempts might have seen a sudden surge because the French justice has started the trials over the terrorist attempts carried out in 2015: the Charlie Hebdo attack and the series of coordinated attacks in Paris on 13 November. However, the 2015 attackers had a considerably different profile from those of this year. In the past, they were almost always supported by a well-known terrorist organisation, which, following the attacks, assumed responsibility. Nowadays, the perpetrators mostly act on their own and without support from any known organisation; they chiefly radicalise in isolation. Even if there is some connection between the Charlie Hebdo case and the beheading of the teacher Samuel Paty, in the latter case, the murderer acted on his own. And, after the deadly terrorist attacks that were earlier carried out in Nice, there has been yet another one this year, as a terrorist killed and wounded people worshipping in the church of Notre-Dame. Again, he was not backed by any known extremist network either. This change is the main reason why many start thinking about the need to adjust the national response to the changing nature of terrorism. 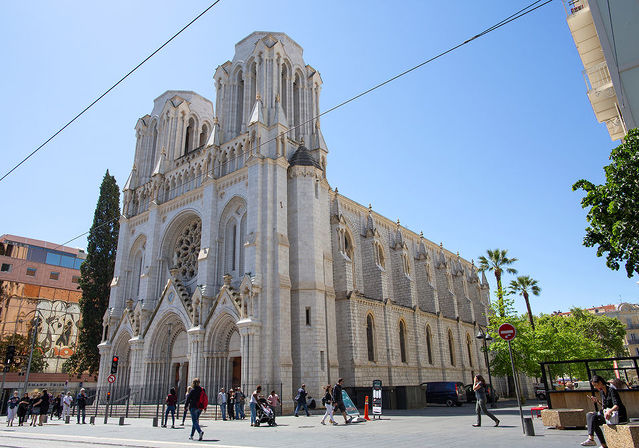 The church where the attack took place.
Source: Ihor Serdyukov/Shutterstock

We also have to highlight that it is merely a small part of France’s Muslim population that shares radical values. Accordingly, President Macron considered it important to underline that he did not wish to fight against Islam as a religion; he only wants to take a stance against Islamic separatism, a movement that—as it was pointed out earlier in this article—defines itself in opposition to the basic principles of French republicanism.

Another aspect shedding light on increasing social polarisation in France is the growing amount of police brutality deriving from institutionalised racism and hatred. Even though the right to protest and to strike is also almost a tradition in the country, recent manifestations against police brutality tend to end in chaos and with clashes between the protesters and the police while causing damage to local shops and parking cars. However, President Macron tries to protect the right to protest just as the freedom of speech and religion, and, as a result, he is yet again the target of social discontent. Many voters of his party, La République En Marche, believe that Macron is moving further and further away from his original political line, which will possibly affect his chances of re-election in 2022.

The opening pic is by camobor/Shutterstock