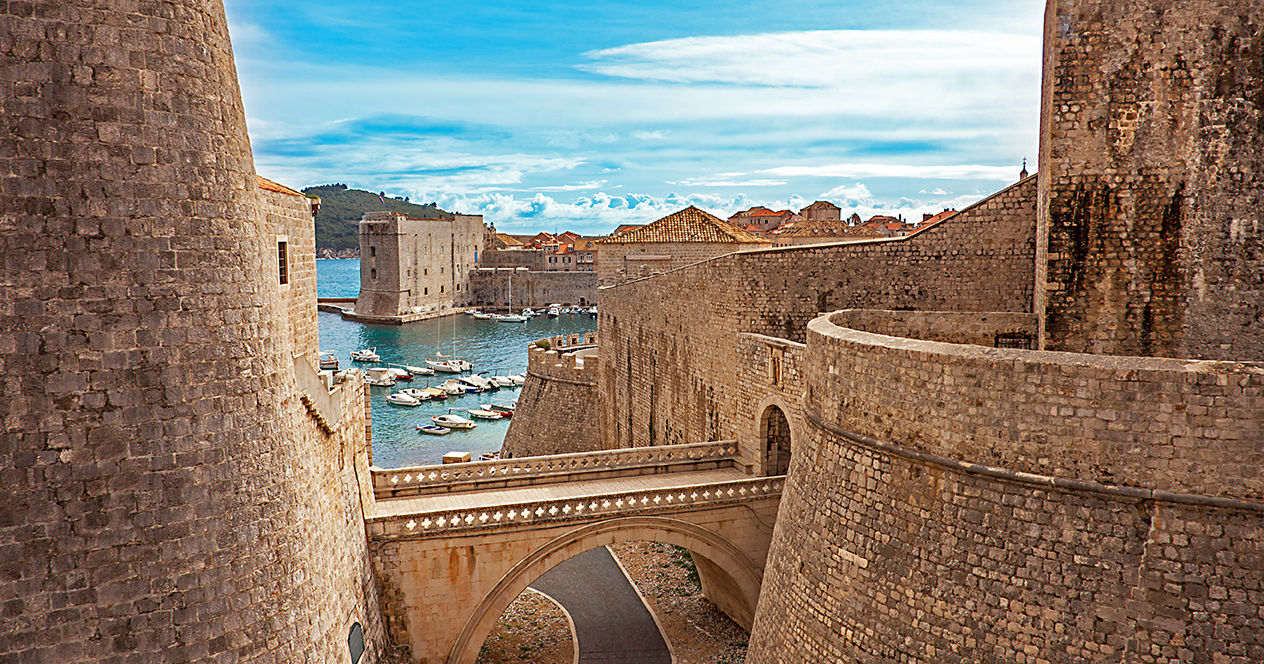 The Achilles’ Heel of the Euro-Atlantic Integration

As a result of development achieved in previous years, the Balkans cannot be considered anymore as the “powder keg of Europe.” Despite the positive changes, however, the countries of the region are still experiencing many difficulties during their transformation process, which ultimately contributes to their slow Euro-Atlantic accession. What are the main obstacles and challenges these countries have to deal with?

The political and economic changes that occurred in the 1990s not only redesigned the map of Europe but also allowed the integration of the former socialist countries into the Euro-Atlantic structures. Transition and integration were smooth and quick in East and Central Europe, but, in the case of the Balkans, different factors contributed to delaying the process. The Euro-Atlantic perspective catalysed regional cooperation in the Central European region, but the Balkans experienced a serious armed conflict in the same decade. As a result, ethnic confrontations can still be considered as one of the main burdens to transition in the region, while they have a negative and delaying effect on its accession to the EU and NATO.

But even despite the current difficulties, it is important to bear in mind that the region has experienced a significant level of development over the last two decades. As a result of this positive change, the Balkans cannot be considered anymore as the “powder keg of Europe.” Despite the positive changes, however, the countries of the region are still experiencing many difficulties during their transformation process, which ultimately contributes to their slow Euro-Atlantic accession. Let us see what are the main obstacles and challenges these countries have to deal with.

Learning from the consequences of the Yugoslav armed conflicts, in the aftermath of the Kosovo War, the strongest pillars of the Euro-Atlantic integration, the European Union and the NATO, decided to restructure their strategies towards the Balkans. Their new approach not only aimed to stabilise the region but also offered it the perspective of integration. Since 2003, the European Union has considered these countries as “potential” EU candidates. However, the accession of the Western Balkans, which is a political term to cover the region of the former Yugoslav countries, minus Slovenia plus Albania, seems to take much longer if compared with other enlargement rounds. So far, only Croatia could join the EU in 2013, while the remaining six countries are in different phases within the accession process. Montenegro and Serbia are the “frontrunners,” as they are already negotiating with Brussels. Albania and North Macedonia are also official candidates, but they could not yet start the accession negotiations. Finally, Bosnia and Herzegovina and Kosovo are the so-called “potential” candidates of the EU, and they are clearly lagging behind the others. Now, it is clear that the integration is not only a slow but also an open-ended process, and it is not possible to predict its outcome. 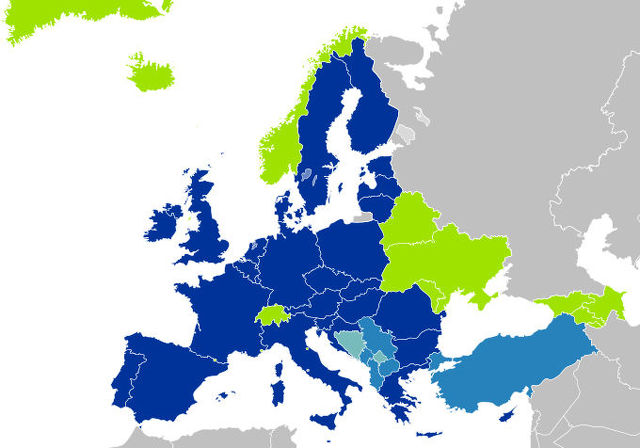 Contrary to the EU enlargement process, NATO accession seems to be an easier task for the candidates. Among the Western Balkan states, Albania and Croatia have been NATO members since 2009, whilst Montenegro joined in 2017. The Republic of North Macedonia is currently waiting for NATO members to ratify the accession protocol. Therefore, Skopje will probably join the Alliance in early 2020. The other three countries have a different approach towards the Alliance. Kosovo would like to become a member, but it is unlikely to happen before Pristina and Belgrade solve their bilateral conflict on the status of Kosovo. Accession is not a priority for Serbia, as it is committed to military neutrality. The situation is more complex in Bosnia and Herzegovina. While the Federation of Bosnia and Herzegovina supports the idea of becoming a member, the other entity of the state, the Republika Srpska, is more critical about this issue.

As I wrote in my previous post, international institutions have an important normative and capacity-building role in the region. NATO mainly has a role in guaranteeing regional security, and the EU deals mainly with democracy-, institution-, and state-building. As a result of this conditional stability, the EU and NATO can now focus on the integration of the region. However, the successful outcome depends on (too) many factors.

Currently, we can observe major disunity among the members of NATO and the EU regarding the future role of these organisations. The history of European integration has always been characterised by harsh debates. These were mainly on different policies such as how to enlarge or deepen the integration. Besides these “classic” points, the debate also covers many other aspects, namely institutional or even value-based conflicts. Enlargement “fatigue,” a phenomenon that has been present since 2004, spread over in some EU member states. Moreover, President Macron clearly opposed the opening of negotiation chapters with Albania and North Macedonia. The French position is that Paris will not back that negotiations start until the EU is not institutionally ready to absorb new members. In addition to that, France has recently presented a short non-paper, which aims to reform the whole enlargement strategy of the EU.

The French proposal is contrary to the Berlin Process, an initiative launched in 2014, aiming to boost the reform process of the Western Balkan candidates. As President Macron has a very interesting interpretation on the future role of NATO in the international relations, there is a mismatch of interest among member states, which clearly shows that transatlantic relations are not as harmonious as they used to be.

Between Regional Stability and Regional Rivalry

The above internal problems within the Euro-Atlantic integration are not the only obstacles to enlargement. It is also important that countries seeking membership fulfil the conditionality-based accession criteria at a very slow pace. So it is crucial to deal with and solve the numerous regional conflicts that pose additional challenges to membership. Therefore, NATO and the EU are closely following how regional politics develop, and that is the reason why they show a willingness to support regional cohesion and cooperation. Just as a reminder: the promise of the EU and NATO membership was an important motivation for Central European leaders to reshape regional relations during their accession. As the European agenda provided them with a new framework for cooperation, these initiatives were successful not only during but also after the accession period. The Visegrad Group or the recently launched Three Seas Initiative can be cited as good examples. These alliances proved to be important and useful platforms to harmonise regional interests within the different Euro-Atlantic organisations. As emerging global challenges require more cooperation in energy security, infrastructure, transport, or sustainability, such connectivity projects will remain crucial besides political and economic issues. However, regional cooperation is important not just because of all these pragmatic approaches. Stabilisation is an important pre-condition for EU membership, as it can be considered as an extra guarantee of European security. Therefore, it is in the utmost interest of NATO and the EU to assist with regional stability. To emphasise this, the EU clearly stated that accession could not happen prior to the resolution of regional conflicts.

The Stabilisation and Association Process (SAP), which serves as the cornerstone of the EU’s enlargement strategy, initiated and encouraged the establishment of many regional instruments in the Western Balkans. One of the most active is the Regional Cooperation Council (RCC), which is the main organisation that supports regional consultation in Southeast Europe. Besides the political level, other aspects like youth cooperation are also subject to regional cooperation. That is why the creation of the Regional Youth Cooperation Office and the Western Balkans Fund are important milestones in regional relations.

However, the already mentioned regional problems are undermining the success of all these initiatives. The recently announced Mini-Schengen can serve as a good example. The project is supported by half of the Western Balkan countries, whilst the other half rejects—or is at least sceptical towards—the proposal made by Albania, North Macedonia, and Serbia. The initiative aims to facilitate the flow of people and goods in the region; however, Montenegro has already declined to join. As the Montenegrin government explained, Podgorica, as a CEFTA member, has already taken part in regional trade and economic relations. However, not so long ago, Kosovo, another CEFTA participant, introduced extra customs tariffs on Serbian and Bosnian goods. These examples clearly show the vicious circle regional relations suffer from.

The Weak Points in European Security

The Western Balkans experienced a significant level of stabilisation and have a chance to integrate into the structures of the Euro-Atlantic integration, thanks to the membership perspective offered by the EU and NATO’s open door policy. However, countries are still constrained by the legacy of the war and the delayed democratic transition. Therefore, in order to overcome frozen conflicts, new leaders should put regional relations on a new basis. This move is not only a regional but also a European interest; therefore, main international organisations have to support the process. Until there is no clear commitment and unity amongst the member states regarding this issue, the Western Balkans will remain the Achilles’ heel of European security.